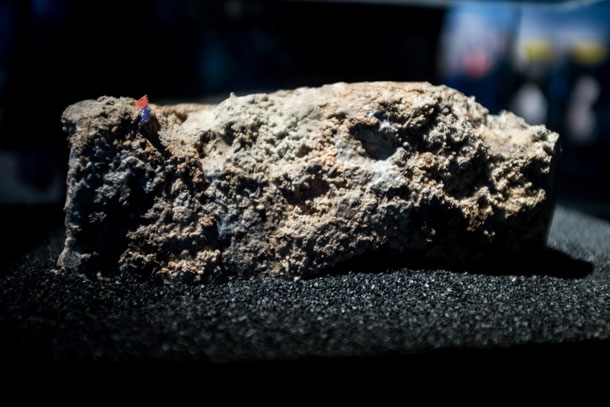 A piece of the London fatberg, the giant deposit of fats, oils and grease that clogged the city’s sewers, is on display at the Museum of London until July 1, 2018. (Photo: Seeing Sanitation, Flickr CC BY 2.0)

Peter Dykstra and Living on Earth’s Helen Palmer explore some environmental news beyond the headlines, including a surprise museum hit: a chunk of the London sewer-clogging “fatberg” that is drawing crowds. They discuss Alaskan Senator Lisa Murkowski, who pushed to open up protected wilderness for oil drilling and now calls for climate change awareness, and in history, they wish a happy birthday to Plutonium, the element that for better and worse helped launch the nuclear age.

KAISER: We’ll take a trip beyond the headlines now with Peter Dykstra of DailyClimate dot org and Environmental Health News, that’s ehn.org. He spoke from Atlanta Georgia with Living on Earth’s Helen Palmer.

PALMER: Hi Peter, how are you doing?

DYKSTRA: Doing well Helen, how about you?

PALMER: Pretty good, what have you got for us?

DYKSTRA: Well were going to talk about fatbergs, it’s a… in this case it’s a different kind of London Fog. Fog means fats, oils and grease and that’s something that sewage workers fear, the fatberg is something that was scraped and blown with high pressure water hoses off the inside of London’s sewer tunnels. There was a piece 130 tons, congealed fat poured in from household drains and poured in from restaurants and other sources, combined with other things like hand wipes, that was beginning to clog pipes. And it’s become a huge problem but also a museum exhibit!

DYKSTRA: In the Museum of London there’s now a chunk of the fatberg on display, it’s there until July 1st, it’s drawing big crowds and I guess as far as fatbergs go, rave reviews.

PALMER: Well I can’t imagine why anyone would want to see it but I suppose we do need to face what we do to the sewers. 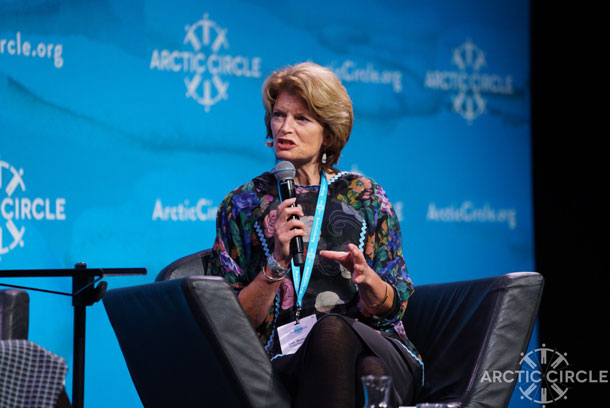 Senator Lisa Murkowski of Alaska, who has long been a proponent of oil drilling in her state, recently spoke about how Republicans need to pay more attention to climate change. (Photo: Arctic Circle, Flickr CC BY 2.0)

DYKSTRA: That’s right and it’s not just in London. They’ve found them in Australia, there was one in Baltimore this past year that actually caused a sewage spill when it completely clogged a pipe. Think of it as a clogged artery in a human being. It works that way, it costs money, it causes sewage spills and it’s just kind of gross.

PALMER: So it’s just obviously a good reminder to us not to put those fats down the drain.

DYKSTRA: Right and it is a consumer thing too. Because even though some of the biggest culprits are institutions or restaurants, we contribute when we put fats, oils and grease in our own drains and into our own sewer systems, not only harming the big sewer system, it can cause problems with your own pipes, in your own home, and that costs money.

PALMER: Well, that’s enough about the fatberg, what else have you got?

DYKSTRA: Lisa Murkowski, the Alaska senator who has been gung-ho on oil, has decided that she’s a little bit gung-ho on something else. She delivered a speech in Washington last week in which she said her fellow Republicans have to pay attention to climate change. And obviously Alaska is ground zero for the impacts of climate change. Senator Murkowski wants to keep drilling, though, she wants to have her oil cake and eat it too.

PALMER: Yes, it doesn’t seem to fit together that you’ve got all this melting permafrost in Alaska and disappearing villages and she wants to actually continue promoting drilling, or in fact open up ANWR to drilling.

DYKSTRA: Yeah, it’s a bit of a contradiction and not the first one from a famous Alaska politician. About a decade ago, there was an Alaska governor who set up a Climate Change Sub-Cabinet and that governor was Sarah Palin, who went on to national fame, and went onto reality TV and then went on to complete climate denial.

PALMER: So what happened to her Climate Sub-Cabinet?

DYKSTRA: It sank into the melting permafrost, it never met, it’s never been heard from again, but at least she had that idea before changing her idea. 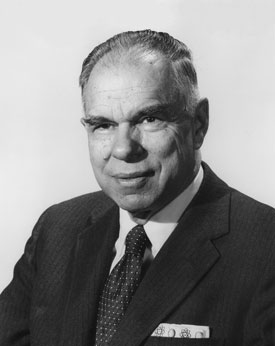 PALMER: [LAUGHS] So what history lesson do you have for us today?

DYKSTRA: We’re gonna wish a Happy Birthday to plutonium! Back in 1941, Glenn Seaborg and a team of chemists and scientists at the University of California Berkeley, developed the element plutonium. They did so in a university building, in an urban campus, in a third floor attic lab, in the middle of a city.

PALMER: Yeah, I hadn’t known about Glenn Seaborg until I read about him. He’s a really big deal in nuclear physics.

DYKSTRA: Right, he later shared a Nobel Prize in Chemistry and was a big part of the Manhattan Project, once he had developed plutonium. The U.S. was on its way to developing, eventually the plutonium bomb that was a key part of the arms race.

PALMER: Thanks, Peter. Peter Dykstra is with ehn.org, Environmental Health News .org, and dailyclimate.org. Thanks a lot, we’ll talk to you soon!

DYKSTRA: Ok Helen, thanks a lot.


The Guardian: “Don’t feed the fatberg! What a slice of oily sewage says about modern life”