The Headlines & Beyond Previews 2018 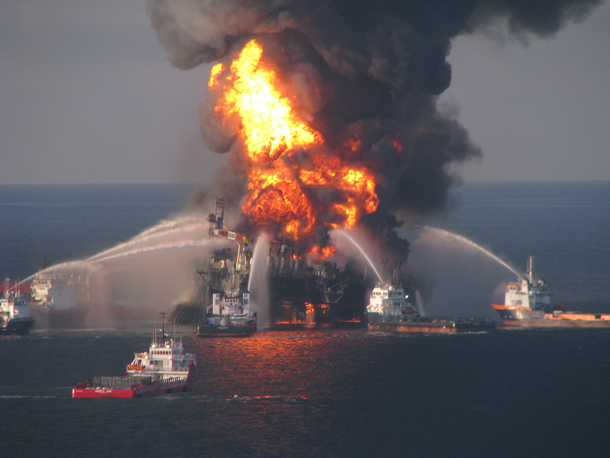 Following the Deepwater Horizon oil spill, Republican Congressman Joe Barton argued the White House needed to apologize for its harsh treatment of BP. He has stated he will not be seeking reelection in 2018. (Photo: EPI2oh, Flickr CC BY-ND 2.0)

Peter Dykstra joins Steve Curwood to assess the environment and politics as the year turns, and finds little cause to think the current deregulatory push by the Trump Administration will change. Still, the states have become bright spots in the renewable energy sector and Congress is showing a bit more commitment to climate action.

CURWOOD: Now, to help put last year into perspective and get prepared for this one, there’s no one better than Peter Dykstra. Peter’s an editor with DailyClimate dot org and Environmental Health News, that’s EHN dot org. He’s on the line from Atlanta, Georgia now -- Happy New Year, Peter!

DYKSTRA: And happy New Year to you, Steve, although what I’m about to say isn’t all that happy.

DYKSTRA: Yeah, I never want to disappoint. So let’s look at some of what we expect this year, based on what we saw in 2017, but let’s also take stock of a few encouraging environmental items.

The U.S. ended the year as the only holdout on the Paris Climate Accord after President Trump withdrew the U.S. from it. Two other non-signers, Nicaragua and Syria, have signed up, leaving the U.S. in a position to assertively forfeit any claim it might have had to climate leadership.

And as if to underscore the role of climate denial in the White House, Mr. Trump took to Twitter in the final days of 2017 to assert that cold and snowy weather in the Northeast US was further confirmation of a climate hoax.

CURWOOD: Proving yet again that he doesn’t grasp how weather is not the same as climate. But hey, Peter, overall, would you agree that climate denial is in decline?

DYKSTRA: Yeah but if it is, it’s still pretty healthy in US politics: in congressional leadership, Cabinet secretaries, and in old-line party leaders like Mitch McConnell, Newt Gingrich, and one who’s suddenly poised for a comeback, Mitt Romney.

15 years ago as Massachusetts Governor, Romney pulled together an ambitious Climate Action Plan. When he ran for President in 2012, he conspicuously left his climate portfolio behind. Now that he’s the frontrunner to succeed retiring Utah Senator Orrin Hatch, I’d be stunned if he gets religion on climate again.

DYKSTRA: Yeah, over thirty Republicans, in fact. That’s a significant shift, but it’s a long way from a climate consensus. Let’s see if this group can have any impact in an Election year.

What was obviously the biggest impact of environmental politics in 2017 was both obscure and pretty clearly cynical.

When Senate leaders were furiously tying up loose votes to pass the tax bill, Alaska’s Lisa Murkowski came on board in exchange for drilling in the Arctic National Wildlife Refuge – a bone of contention for nearly four decades.

CURWOOD: Yeah and one that won’t generate much tax revenue until and unless oil prices rise much more than they have, since the current prices won’t make Arctic oil worth the expense.

DYKSTRA: Yeah and Big Oil’s man in the Cabinet, former ExxonMobil CEO Rex Tillerson, paradoxically finds himself as pretty much the closest thing to Green in the Administration.

DYKSTRA: Yeah, for now, with widespread reports that he’s a short-timer as Secretary of State. And two other guys with Big Oil ties say they’re definitely leaving at the year’s end.

CURWOOD: Oh really? From the Administration, or Congress? 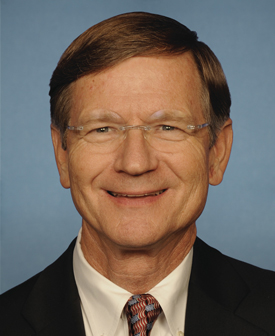 DYKSTRA: Well these are two Texas Congressmen who have been conspicuously friendly toward Big Oil and they have said they won’t run again in 2018. One is Lamar Smith, who has been among the most effective climate deniers in his six-year run as Chair of the House Science Committee.

Smith has launched inquiries into both scientists and political figures who have advocated action on climate. His district in the Texas Hill Country will almost certainly remain in Republican hands, and the Science Committee may end up in the hands of another climate denier, California’s Dana Rohrabacher.

CURWOOD: Yes, his climate credentials are about the same as Lamar Smith’s, I’d say.

DYKSTRA: Right, and Congressman Rohrabacher is a surfing enthusiast who doesn’t want the EPA regulating things like Clean Water, so go figure.

CURWOOD: And who’s the other departing Texan?

DYKSTRA: It’s Joe Barton, less-than-affectionately known as Smoky Joe Barton for his steadfast opposition to climate action and clean air measures. He’s represented a district between Dallas and Fort Worth since 1985.

CURWOOD: So Peter, wasn’t he the representative who came to BP’s defense after the Deepwater Horizon oil spill?

DYKSTRA: He was. Smoky Joe actually demanded that the White House apologize to BP for being a little too rough on them after the spill. He also regards climate science as “Junk Science” but in 2017, it was Barton’s turn to apologize when pictures of his own junk showed up in social media.

CURWOOD: Kind of difficult to survive that in the current climate, one could say.

DYKSTRA: Yeah. But speaking of Deepwater Horizon, some Obama-Era regulations on offshore oil safeguards are being rolled back – not just on preventing spills, but on preventing the kind of blowout that killed eleven workers aboard that rig.

There’s no reason the rollbacks won’t continue in the new year – in late December, the Trump Administration rolled back restrictions on well drilling and wastewater release from fracking projects on public lands; and if we’re making it easier to frack, let’s send EPA Administrator Scott Pruitt overseas with a marketing pitch for American natural gas. 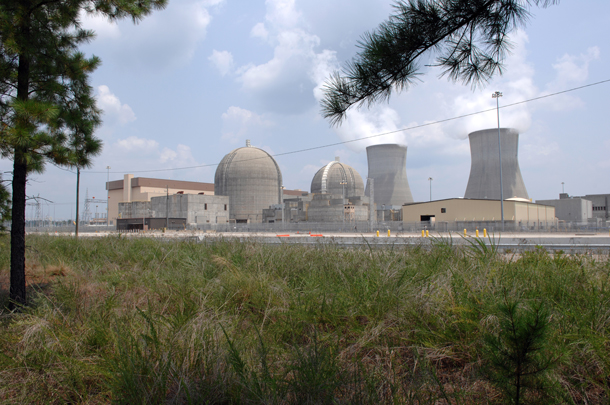 CURWOOD: But wait a minute – our chief environmental protector traveled to hawk a product he’s supposed to be regulating?

DYKSTRA: Yeah, Scott Pruitt went to Morocco in December to sell fossil fuel exports – not a part of the job description of any previous EPA administrator from either party. The trip cost a reported $40,000, and that’s not including Mr. Pruitt’s drastically expanded security detail or his installation of a Get Smart-like Cone of Silence in his office.

And speaking of cash, Energy Secretary Rick Perry signed off on another 3.7 billion dollars in loan guarantees for Plant Vogtle here in Georgia. They’re building two new nuclear reactors next to two existing ones, but the project is already years behind schedule and set to double its original budget.

CURWOOD: But Peter, are you sure all this isn’t just Fake News?

DYKSTRA: Well the reason I know it’s not Fake News is that you can’t make this stuff up. And I know Plant Vogtle’s for real because a little chunk of the cost overrun shows up in my electric bill every month. But let’s end on one environmentally mixed note, and another one that may be out of reach for the Trump Administration.

DYKSTRA: Right. First is the effort to revive the coal industry when voices ranging from Wall Street to some of the most ardent Coal Barons have tried to tell the President that’s not going to happen. Coal may be getting a brief reprieve during the cold snap in the East and the Midwest, where many of the remaining coal-burning plants are working hard to power electric furnaces and space heaters. 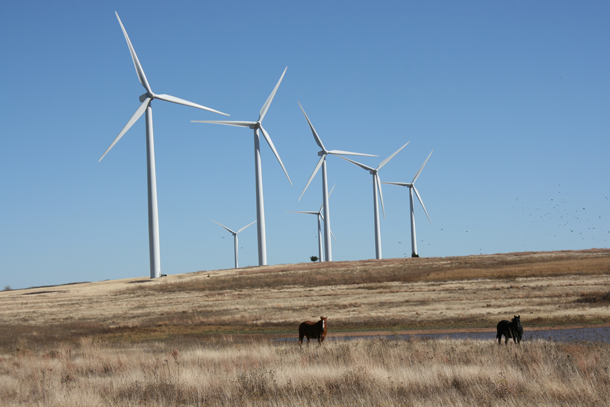 Wind turbines generate power near Weatherford, Oklahoma. Though this state may not be producing many alternative energy-friendly politicians, it has nonetheless become a wind energy powerhouse. (Photo: Travel Aficionado, Flickr CC BY-NC 2.0)

And then there’s the wind and solar industry. Prices are dropping faster than imagined, offshore wind projects are finally underway, rooftop solar is advancing despite organized opposition in several states, and states like Oklahoma and Texas, which have given us Scott Pruitt, and Lamar Smith and Joe Barton among others, are now wind power strongholds.

CURWOOD: All of this adds up to a very interesting year to come.

DYKSTRA: It surely does.

CURWOOD: And I’m sure you’ll keep an eye on it – Peter Dykstra is with Environmental Health News, that’s ehn.org, and dailyclimate.org – Thanks a lot Peter!

DYKSTRA: Thanks, Steve – Talk to you soon!

CURWOOD: And there’s more on all of this at our website, loe.org.


The Atlantic: “Trump and the Paris Agreement: What Just Happened?”

The Washington Post: “To round out a year of rollbacks, the Trump administration just repealed key regulations on fracking”