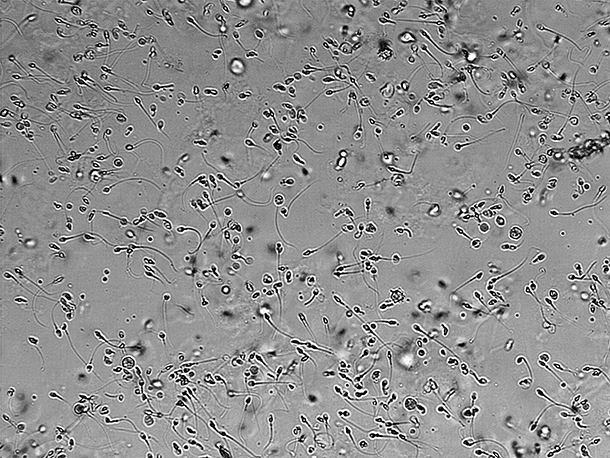 Fifteen years ago, over half of potential sperm donors in Hunan Province, China, met quality standards. Now, only 18% do, a decline blamed on endocrine disrupting chemicals. Host Steve Curwood discusses the implications of this new study with epidemiologist Shanna Swan, of the Icahn School of Medicine at Mount Sinai.

CURWOOD: From PRI and the Jennifer and Ted Stanley Studios at the University of Massachusetts, Boston, this is an encore edition of Living on Earth. I’m Steve Curwood.
More than a half century ago, Rachel Carson sounded the alarm about the effects that a chemical could have on reproduction – in Silent Spring she was concerned about DDT’s impact on thinning the eggs of birds such as eagles and brown pelicans.

Well, today researchers in Taiwan are sounding the alarm about chemicals that are sharply reducing human sperm counts there. These chemicals are known as endocrine disruptors, and they can mimic or interfere with the natural hormones that control growth and a body’s immune system, neurological functioning, and fertility. Studies from Denmark a quarter century ago showed that sperm counts had declined by about a half from a generation earlier. Now the Taiwanese team has found that semen quantity and quality sampled from sperm donors have deteriorated even more in recent years, a change that is linked to endocrine disrupting chemicals. Epidemiologist Shanna Swan says these chemicals are everywhere. 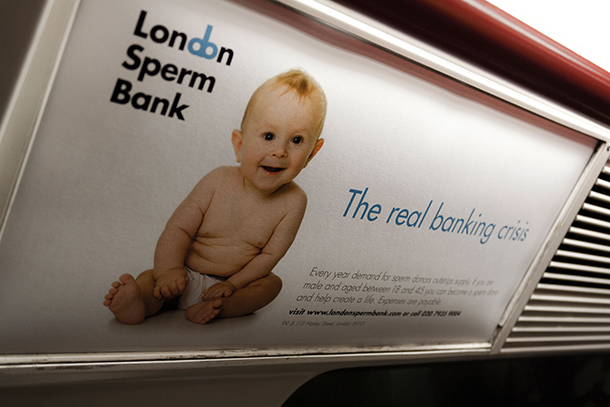 Mounting evidence suggests there is a link between endocrine disrupting chemicals and the continuing decline in male fertility and reproductive health in different countries around the world. (Photo: Stephane Moussie, Flickr CC BY 2.0)

CURWOOD: Dr. Swan studies endocrine disruptors and their effects at the Icahn School of Medicine at Mount Sinai in New York. And years ago I talked with her about the Danish semen quality studies so I called her up again to relate the new study from China to the earlier research.

SWAN: So, the study you talked about from many years ago was a study, actually 25 years ago, 1992, by Elizabeth Carlsen who was working with Niels Skakkebaek and that was a -- I would say -- a landmark study. And what they said in that study was that sperm counts had declined 50 percent in the 50 years prior to that study, and this was pretty dramatic. There was nothing said about the cause of that decline at that time, but just that this was a considerable concern. Now, 25 years later, we're seeing that this has not gone away despite all the arguments to the contrary -- people who had not accepted that initial finding. And we are still asking why, but we have increasing evidence that chemicals in the environment play a significant part in that decline, if not producing it.

CURWOOD: And just how much of a reduction is this Taiwanese study suggesting we're experiencing now?

SWAN: Well, the Taiwanese study, I believe, said that something like only 20 percent of men who were previously suitable for their sperm donor bank would make it in now. There's a similar study actually from Israel that found almost the same numbers. And, because you have to keep the quality high to bring people in for assisted reproduction, if the quality is going down, and we see the quality going down because the WHO standards for western normal sperm has gotten lower and lower over the years … So, I would say it's probably not just China or Israel or Denmark ... it's probably many places in the world, although probably not all. And it's probably not equally a problem in all countries in the world, but it is a problem. 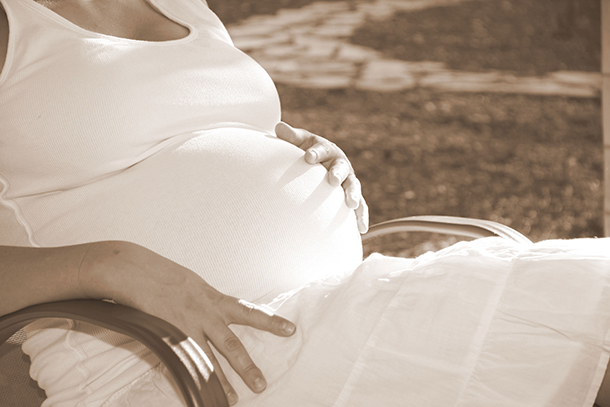 Male reproductive health can be compromised both in utero -- a permanent change, involving the structure of the reproductive organs – as well as in adulthood, when sperm quality and quantity can be impacted by various factors. (Photo: Carol Lara, Flickr CC BY 2.0)

CURWOOD: And what do you think the odds are that it's affecting the quality of sperm here in the United States.

SWAN: I think that's … it’s pretty certain that semen quality has gone down in the United States. We have many U.S. studies. I personally have been involved in several of them. I would say we have very good evidence that male reproductive health, not just semen quality by the way, is in trouble, and this has consequences, not just for the ability to have a child, but it also impacts the health of the man. So, I think this is like a “canary in the coal mine,” that it's indicating there is a problem with male health, focusing on reproductive health but having impacts on the entire health of the male.

CURWOOD: What problems are you thinking of?

SWAN: Well, the immediately related problems are those that are linked to the function of the testes. There's a lot of evidence now that, when the male is in utero, the development of the testes governs a lot of what happens in the reproductive tract, and when you have problems with that testicular development, you can get in a whole array of things which have been called now the Testicular Disgenesis Syndrome. It includes low sperm count, infertility, testicular cancer, and various general defects. One of them is undescended testicles, another one is a condition where the opening of the urethera is not where it should be, and all of these have to do with the development of the testes at the right time in pregnancy, which requires the right amount of testosterone. So they're all linked to interference with testosterone production, which is a hormone produced by the endocrine system, and which can be disrupted by endocrine disruptors. So it kind of ties all together. Those men who have poor reproductive function, say low sperm count, several studies have now shown that their overall mortality is higher. In other words, they will die earlier.

CURWOOD: What's the evidence that chemicals are causing this? 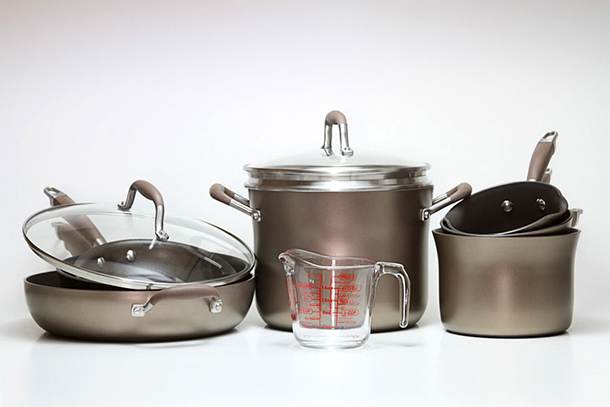 SWAN: So, that's really a great question and one that I and many, many, many people are looking at. So, you can interfere in two ways. You can interfere with the development in utero, which is a permanent change. You can interfere with the adult function, which is a transient, a temporary, change. So, for example, there's a famous story of men who were growing pineapples in Hawaii and in Israel, using a chemical pesticide called DBCP, Dibromochloropropane, and it turned out, when the wives got together and talked about it, they were not getting pregnant. When the men were tested, they had no sperm. Zero sperm. Azoospermia. OK? Very severe adult interference, OK? They were taken off that job. The chemical was taken away, and their sperm function came back gradually, and after a while, it was restored. So, that's a pesticide that interferes with sperm function in adulthood. Lead does that. X-ray does that. Many chemicals can interfere at high doses to adult function.

CURWOOD: What do you think we've seen in terms of regulatory action to clean up these chemicals in our environment?

SWAN: I'm somewhat encouraged by the fact that levels of the phthalates that we were most concerned about and wrote about in 2005, those chemicals have gone down in the urine of pregnant women, about 50 percent, which is really, really encouraging. 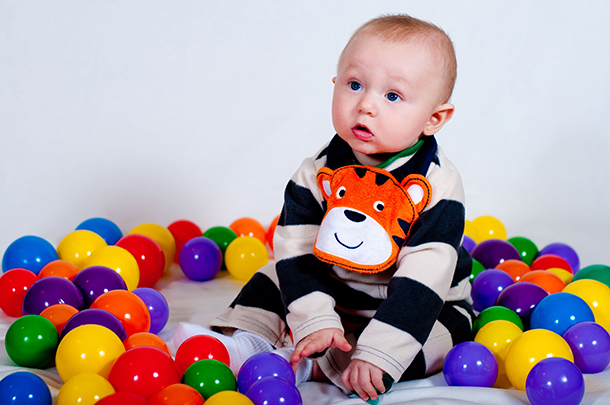 Plastics in many children’s toys contain Bisphenol A, to make them hard; and/or phthalates, to make them soft. Both of these chemicals are endocrine disruptors. (Photo: Chris Bickham, Flickr CC BY 2.0)

The downside is that, for these chemicals, these phthalates and also for Bisphenol A, as those things have been taken out, you buy something “Bisphenol-free,” then it's going to have Bisphenol F and Bisphenol S, which are substitutes, which now we learn have similar action to Bisphenol A. And we see that with substitutes for phthalates too.

So, it's kind of a, you know, it's a moving target. So, we say, “OK, we'll show you that these things are harmful,” and we do that, and we convince people to take them out of products, and then there are substitutes are put in which are not tested. So, I'd say the progress has been very slow, but not negligent. We have made progress.

CURWOOD: So, what can people do on their own, then, to reduce exposure to endocrine disrupting chemicals?

SWAN: I'll tell you a few things. One problem is, though, that they’re more expensive. So if I say, “Eat organic. Eat unprocessed food,” there are segments of the population that can't do that. First of all, they might not have fresh food nearby. They might not have the money to pay for organic food, which is always more expensive. So, I can say, “Yes, I would recommend eating organic, eating unprocessed food, because processing does introduce endocrine disruptors into food. We know that.” Ideally, you would go to a farmer's market. You would buy organic produce. You would cook it yourself, and you would eat it right away. You wouldn't store in plastic. You wouldn't ship in plastic, and so on.

By the way, looking at the recycling codes on the bottoms of bottles and products in your house, there's a helpful thing that says, “Four, five, one, and two, all the rest are bad for you”, it has to do with the recycling codes. So, recycling codes four, five, one and two certainly not as bad as the others. You would be careful about what you put on your body, the sunscreens, the personal care products all contain endocrine disruptors. If you weren't sure, I would say, you go to Environmental Working Group's website and put in a product, and they will tell you how many endocrine disruptors there are in there and which ones are preferable. And I do that, and I recommend it to my kids and my students.

I would say, I don't cook in Teflon. I try to look at the chemical burdens of products that come into my home, and to the extent that we are told about these – You can't, by the way, on a can, see the phthalates that are in the product. You won't know that. So that's very difficult. That's why I'm saying you should eat unprocessed foods to the extent possible. 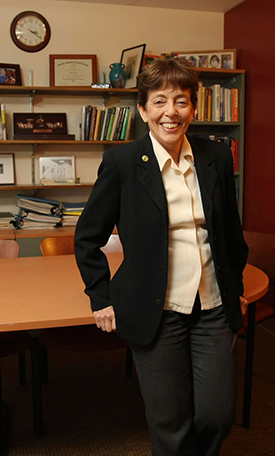 CURWOOD: Dr. Swan, how scary is all of this, this rather precipitous drop in sperm counts, the other effects of chemicals on our endocrine systems. Just how much trouble are we in?

SWAN: I personally think it's a very serious problem, which is why I've spent the last 20 years trying to understand it and help people minimize it. I think that it's one of the major challenges that we are facing as a society, and it's something that people are not taking seriously enough.

CURWOOD: Shanna Swan is a Professor of Environmental Medicine and Public Health at the Icahn School of Medicine at Mt. Sinai. Thanks so much for taking the time with us today, Dr. Swan.

SWAN: It was a pleasure, Steve. Nice to talk to you again.


China Post: Sperm count among male donors in Taiwan on the decline: study

Our 2015 conversation with Shanna Swan on phthalates and hormone disruption

NYTimes: “Are Your Sperm in Trouble?”