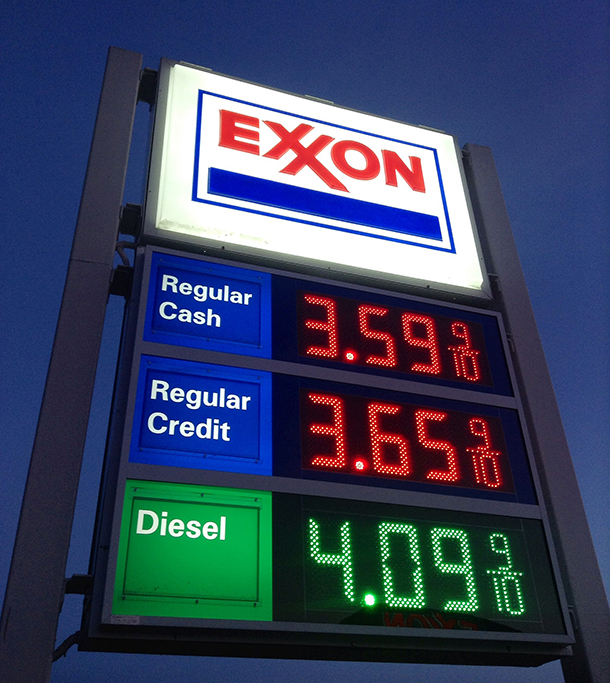 New York Attorney General Eric Schneiderman says he has evidence that ExxonMobil misrepresented its climate risks to investors by using two different sets of books for its climate accounting, a charge the company disputes. Dave Hasemyer of InsideClimate News tells host Steve Curwood about the alleged fraud, how Exxon is responding, and the pressure from investors and the public for the company to be more forthcoming about climate risks.

CURWOOD: It’s Living on Earth, I’m Steve Curwood. New York Attorney General Eric Schneiderman has subpoenaed the records of several ExxonMobil executives as part of his probe into allegations that Exxon knew about the dangers of climate change, but misled investors and promoted disinformation and denial of climate science.

The New York AG is seeking explanations for why the oil giant apparently used one set of numbers regarding climate regulatory and financial risks for investors, but a different, ‘secret’ set internally, to take a more aggressive stance in shaping its business strategy.

Dave Hasemyer of InsideClimate News is part of the team that has been investigating Exxon and he joins me now. Welcome to Living on Earth!

HASEMYER: Steve, thank you. I appreciate being here.

CURWOOD: So, first tell me, what evidence does New York Attorney General Eric Schneiderman have that Exxon had essentially two sets of books, two sets of numbers regarding climate change.

HASEMYER: Yeah, he has Exxon's public statements, made to the SEC, made through various investor publications, and he recently came across some internal documents, primarily some email discussions between Exxon executives, including Exxon’s greenhouse gas manager, in which it became clear that that discussion was about which numbers were most accurate.

What Schneiderman is saying is that Exxon presented one picture to the public through the SEC filings and through its investor relations material, which showed the company was being conservative when it was planning for the potential effects on the company's business related to any regulations that might reduce the need for fossil fuels, while internally they were using a much more aggressive number that showed the company had far less risk than was being related to the public.

CURWOOD: Dave, by the way, what about these allegations that the CEO of Exxon, Rex Tillerson, had a doppelganger, had a avatar, a different email for some of these discussions?

HASEMYER: He did have a separate email that he used for sensitive, internal Exxon business, and it was created under the pseudonym "Wayne Tracker". Tillerson’s middle name is Wayne. He's Rex Wayne Tillerson, and he had that account established so that he could avoid the massive amount of emails that flooded his Exxon account. And Exxon says that a lot of the emails flooding his account were coming from environmental organizations, urging the company to become more responsible. 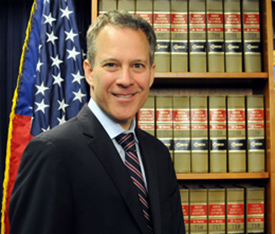 This is not the first time New York Attorney General Schneiderman has taken on a powerful fossil fuel adversary. He led a two-year investigation, which culminated in 2015, that found that coal heavyweight Peabody Energy had not been forthright with investors and regulators about business risks related to climate change. (Photo: New York Attorney General’s Office)

CURWOOD: To what extent are there allegations that that was used to conceal this alleged deception of investors?

HASEMYER: They were automatically erased by Exxon's computer system. When Exxon set up its emails, it had what Exxon called “a file sweeper,” so that the computer system after 13 months would automatically delete old emails. That file sweeper system was disabled for Rex Tillerson's primary account because Exxon, through its legal department, knew that Tillerson as well as a number of other Exxon executives may have a reason to keep their email, for litigation, for business purposes. But so few people in either Exxon's legal department or its IT department knew of Tillerson's secondary account that that automatic deletion system was not disabled. So, consequently, every 13 months, it wiped out emails. Rex Tillerson's Wayne Tracker account was created in 2007, and one of Exxon's IT persons, under a sworn statement to Schneiderman's office, acknowleged that his emails on Wayne Tracker may well have been swept away by this system going back to 2007.

CURWOOD: But, Dave, we know that emails are impossible to completely destroy, that they are intermediate servers, they’re in a number of places. So, these may eventually surface, I would imagine.

HASEMYER: And Exxon has made the representation to the New York Attorney General's Office that it has employed about 50 of its IT staff and invested many thousands of hours to try to recover them. It has brought in an outside forensic recovery service to aid in recovering them. Exxon is going through other email accounts where the sweeper system may not have been activated, so that any email exchanges between Tillerson may be preserved on someone else's account.

CURWOOD: Now, Dave, there are actually three court cases underway in connection with the Exxon investigation. I believe they're all lawsuits that ExxonMobil itself has brought. What's the company seeking with those cases? 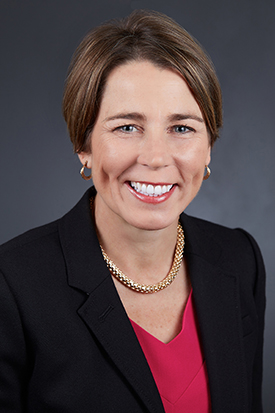 HASEMYER: What Exxon is saying is that those investigations are inappropriate because it infringes on Exxon's First Amendment rights to freely discuss climate change and issues related to climate change. What Exxon is saying is that Schneiderman and Massachusetts Attorney General Maura Healey are engaged in basically a political witch hunt to try to silence Exxon because Exxon doesn't tow what it says is the philosophical line that Schneiderman and Healey believe that it should be expressing on climate change.

CURWOOD: So, the reasoning here is that an allegation of deception, any discussion by the parties that were left on the record, is simply free speech and has nothing to do with possible conspiracy to deceive.

HASEMYER: That's Exxon's position, and a position, as you well know, that is being embraced by the Republican majority on the House Science Committee.

CURWOOD: Now, what happened to the coalition of some 17 Attorneys General, I think they call themselves “AGs United for Clean Power”, that seemed so promising when it was formed early last year.

CURWOOD: Dave, how has Exxon responded to InsideClimate News during this probe of Exxon you guys have conducted?

HASEMYER: Initially, Exxon tried to discredit us as an advocacy organization, bought and paid for by other environmental organizations. It then simply said that much of our reporting and the use of the documents in our series "Exxon: The Road Not Taken" was nothing new, that all of that material was a matter of public record, and anybody could have simply gone back and taken a look at it and that Exxon early on acknowledged its climate research. 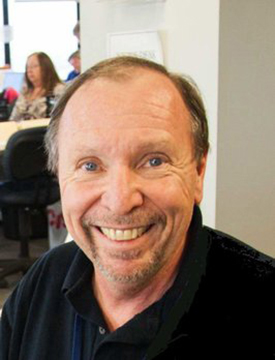 What Exxon then fails to say in its argument is that after its own scientists in the late ‘70s and early ‘80s went to the company describing the potential catastrophic consequences of global warming, the company went on a more than decades-long campaign to discredit basically its own science and tried to create doubt as to the consequences of global warming. That was Exxon's initial reaction. For about the last year-and-a-half, Exxon simply does not respond to our reporting.

CURWOOD: This is going to be a long process, it sounds like, Dave. So, where are you? Where are we as the public in this process in understanding what Exxon really did, in terms of allegedly deceiving the public about the risks of climate change, all along knowing what it knew?

HASEMYER: I think the public is certainly paying attention now as Schneiderman digs and digs and gets a little bit closer to, maybe not necessarily answers, but larger more clarifying questions because Schneiderman is now saying, “Look, we have these internal emails that show you folks debating whether you're using the right set of figures.”

CURWOOD: David Hasemyer is a reporter for InsideClimateNews. David, thanks so much for taking the time with us today.

HASEMYER: Steve, I appreciate it. It's been enjoyable. Thank you.

Living On Earth’s earlier coverage of the Exxon shareholder resolution