The Place Where You Live: Spuyten Duyvil Creek 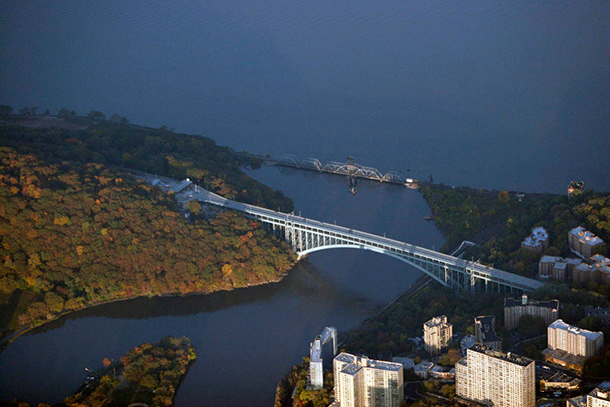 Living on Earth gives voice to Orion Magazine’s longtime feature where people describe their favorite places. In this week’s edition, Jennifer Young, a public historian in New York City, weaves different histories into her vision of Spuyten Duyvil Creek, which links the Hudson and Harlem Rivers.

PALMER: We take a trip now to New York City for another installment in the occasional Living on Earth/Orion Magazine series “The Place Where You Live.” Orion invites readers to submit essays to the magazine’s website, to put places they care about on the map, and we give them a voice. 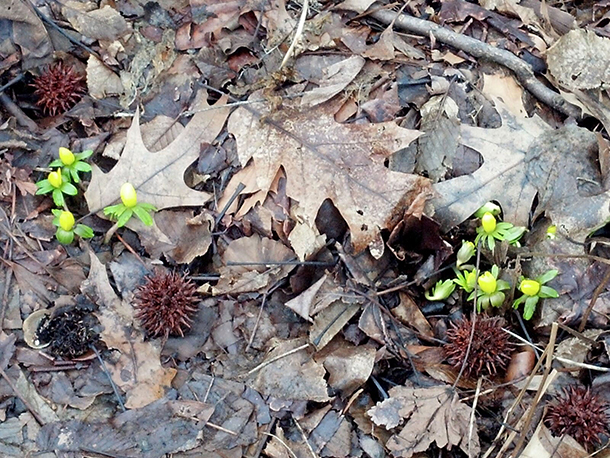 It was homesickness that inspired today’s essay.

YOUNG: Hi, I’m Jennifer Young and this is my essay, Spuyten Duyvil Creek.

I’m standing at the northernmost edge of Manhattan, looking out across the water at the steel arch of the Henry Hudson Bridge conjoining Manhattan to the Bronx. A leaf-covered pathway curls around the water’s edge. This channel of water separating the boroughs is known as Spuyten Duyvil Creek. The name is hard to pronounce, archaic, Dutch. Guidebooks suggest it originally referred to the river’s choppy, unpredictable tides. A folk etymology claims that the name means “devil’s whirlpool.” Uniting the Hudson River with the Harlem River, the creek has marked Manhattan’s island identity since the last glacial retreat.

Spuyten Duyvil Creek once flowed in an S-shape, but, beginning in the late 19th century, its contours were filled in, to make shipping easier. The creek’s original course is just barely traceable on satellite maps today. The first loop of the creek was cut off in 1895, the bottom part of the sideways “S.” In 1938, the second loop was cut off. Now the shape of the creek is more of a sideways, backwards “L.” Looking at its gentle current today, it’s hard to imagine the furious energy it once possessed, or the forces that muted its turbulent character in the name of progress. 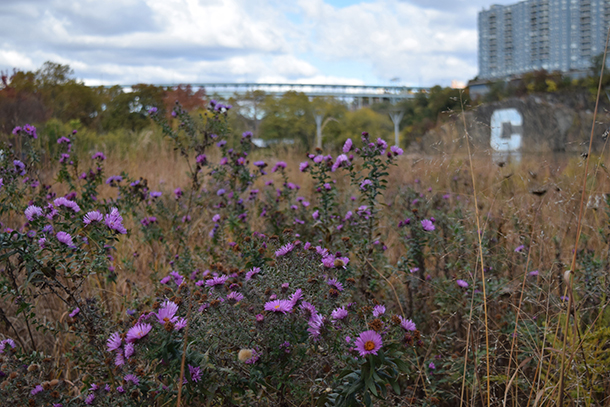 Wild asters in the marsh along Spuyten Duyvil creek with the Henry Hudson Bridge in the background. (Photo: Savannah Christiansen)

Across the creek, almost hidden by apartment buildings, stands a 16-foot bronze statue of Henry Hudson atop a hundred-foot, Doric column. If you squint, you can imagine yourself standing here in an autumn afternoon in 1609, when Henry Hudson sailed up this channel on the Half-Moon. Back then, this corner of the island was used by the Lenape for hunting snapping turtles and wood ducks, fishing for flounder and pickerel, and picking black currants and grapes. The Lenape still call the Hudson River “Mohicanituk,” “the river that flows two ways,” because of the constant tension of ocean water pushing again the river current. 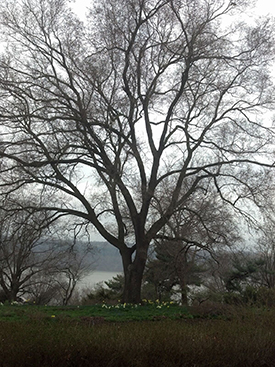 As I turn to leave, I glimpse an egret standing regally in the briny tidal flats, its reflection startlingly pure and white against the murky water. I think about the S-shape the river once held, and how those riverine curves are mirrored in the egret’s serpentine neck.

I was originally drawn to Spuyten Duyvil because I was looking for a place of wildness in the city. I grew up actually on the west coast of Canada on Vancouver Island, and I moved to Manhattan about 10 years ago, and I was homesick. I really missed oceans and mountains. And I was lucky in that I moved to northern Manhattan into the neighborhood of Washington Heights. 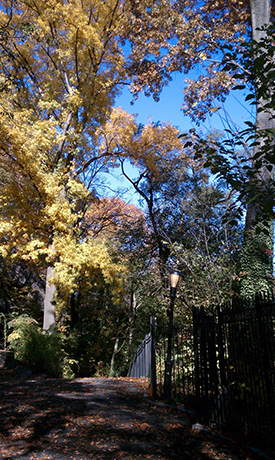 And there are two amazing urban parks up here. There's Fort Tryon Park and then just above Fort Tryon Park is Inwood Park. And the one word that people use the most to describe Inwood Park is “primeval.” It has the last unlogged original forest in Manhattan. And I found out that there are specifically myths and legends about the creek, starting with the idea that there was a Dutch trumpeter who was trying to warn the Dutch settlement in the Bronx that the British were coming. And the legend goes that he tried to swim across Spuyten Duyvil Creek, and, of course, he failed and perhaps his ghost is still haunting this landscape.

There's all these kinds of yellow birds that just flit in and out of the landscape that you can just see out of the corner of your eye for just a minute. There's Yellow Warblers and Red-winged Blackbirds and, of course, all the different kinds of Tanagers and Orioles and Sparrows and the Dark-eyed Juncos, and my favorites are the Northern Cardinals because they're bright, bright red against the greenery.

What I find when I walk in the park is not only a sense of solitude, but also a sense of community because I walk with my dog. We have many friends that we greet along the way as we walk. And so I look at the boats on the river, and I look out at the Palisades Park behind us, and I feel so incredibly lucky and grateful and wealthy, too, and privileged to live in a place that has such a richness in a natural environment. 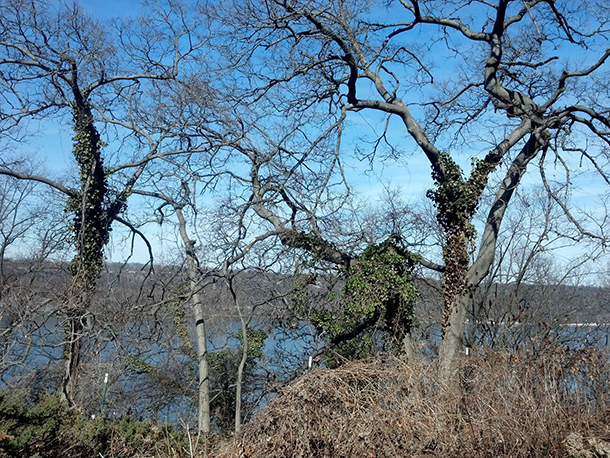 PALMER: That's Jennifer Young and her essay on Spuyten Duyvil. You can find pictures, and details about Orion Magazine and how to submit your essay, if you want to tell us about the place where you live at our website, LOE.org.


Jennifer’s other essays can be found on her website