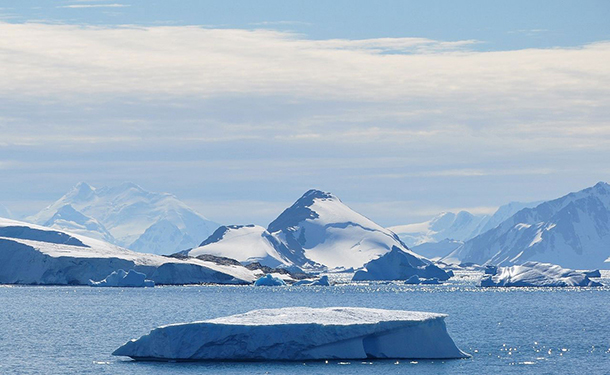 The Convention for the Conservation of Antarctic Marine Living Resources (CCAMLR) began meeting for two weeks of talks concerning the protection of large swaths of Antarctica. There are hopes that Russia will agree to protecting these areas. (Photo: Vincent van Zeijst, Wikimedia Commons CC BY-SA 3.0)

This week in his Beyond the Headlines analysis, Peter Dysktra gives host Steve Curwood an update on the toxic effects of some natural gas and mercaptan accident sites on a southern black community today. He also notes promising global conservation agreements, including a possible breakthrough in the Antarctic Ocean, and they recall the coal mine waste disaster in the Welsh village of Aberfan.

CURWOOD: We’ll check into the world beyond the headlines now with Peter Dykstra of Environmental Health News, EHN.org and DailyClimate.org. He’s standing by in Conyers Georgia. Hello there, Peter.

DYKSTRA: Hi, Steve. Let’s start and finish this week with some news that might make folks angry, but there’s some potentially big good news that I’ll share in between.

CURWOOD: How could I forget? I mean methane leaked for months from a gas storage well, and they had to evacuate an entire community there near Los Angeles.

DYKSTRA: That’s right, Porter Ranch is an affluent, predominantly white outer suburb of L.A. The methane leak took four months to cap, 8,000 families had to leave their homes due to nausea, and nosebleeds, and vomiting from mercaptan, that’s the rotten-eggs-smelling chemical that’s added to gas to help detect leaks. It took months for the residents to return to some semblance of normal despite national media attention and a huge recovery effort. But let’s look at a poor, mostly African American community, Eight Mile, Alabama, another mercaptan accident site.

DYKSTRA: Yeah, they’ve been dealing with the same health effects from mercaptan not for a few months, but for eight years. Very little media attention, no Federal investigators swarming the place, no evacuations. In 2008, a lightning strike caused a pipeline leak, sending mercaptan into the air, soil and groundwater around Eight Mile. It caused the same health impacts as Aliso Canyon, and eight years later those health impacts remain. Local residents’ lawsuits over the spill remain unresolved.

CURWOOD: Eight years. So I guess some of those kids that were sick in Eight Mile eight years ago are sick young adults now. What’s next?

DYKSTRA: Well I promised you some good news: two of the most important conservation agreements have had meetings and some long-overdue progress this month. CITES, the Convention on Trade in Endangered Species, advanced some protections for endangered plants and animals as you reported a few weeks ago, and the Kigali meeting on climate will bring about restrictions on hydrofluorocarbons – HFC’s – a powerful source of greenhouse gases. 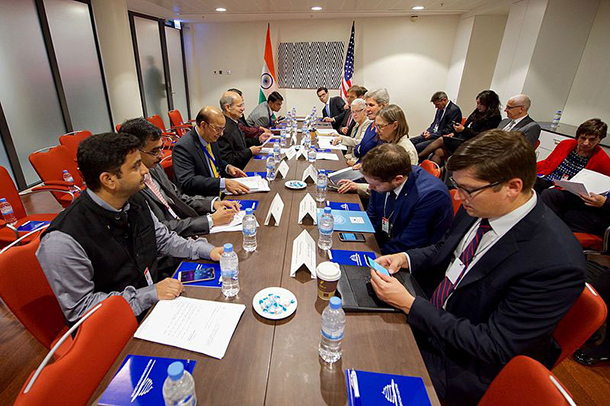 U.S. Secretary of State John Kerry and EPA administrator Gina McCarthy are among those who joined Indian Environment Minister Anil Dave in a negotiations session between the U.S. and India at the recent meeting in Kigali, Rwanda. The agreement reached there will restrict emissions of hydrofluorcarbons, or HFC’s, powerful greenhouse gases. (Photo: U.S. Department of State, Wikimedia Commons, public domain)

CURWOOD: Yeah, that is good news. The HFC agreement is huge.

DYKSTRA: Yeah, but I wanted to talk about a third big global agreement – one that happens to have a terrible acronym. Camel-R, the Commission for the Conservation of Antarctic Marine Living Resources. 24 nations plus the European Union, they’re in the middle of two weeks of talks that may result in huge marine protected areas in the Ross Sea and in East Antarctica. Russia has been the primary holdout, but President Vladimir Putin has declared 2017 to be the “Year of Ecology” in Russia. Antarctica has been a model of global cooperation for over sixty years, and, if the Russians come through, it could be one brief shining moment for Camel-R.

CURWOOD: Wait, did you just reference Vladimir Putin and King Arthur of Camelot?

DYKSTRA: A horrible 50th anniversary in the Welsh countryside. Friday, October 21, 1966, at 9:15 in the morning, students had just settled into their classes in an elementary school in the village of Aberfan. Many of the kids’ fathers worked in the coal mine up the hillside from town. It had rained for several days, and a retaining wall holding back thousands of tons of coal mine waste uphill from the school gave way. It roared down and buried the elementary school. 116 students and 28 adults perished. A generation of kids in this small town, gone. 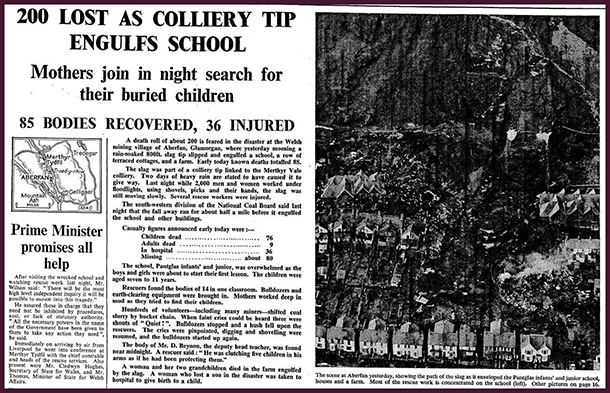 A newspaper clipping from October 21, 1966 with early details of the colliery waste (coal mine waste) which buried an elementary school in the small town of Aberfan, Wales. The final death toll numbered 144. (Photo: Bradford Timeline, Flickr CC BY-NC 2.0)

DYKSTRA: We are, despite years and years of safety concerns and warnings. The local council in Aberfan also had complained about risks from the coal waste. The mining company had previously agreed to stop dumping its waste there, but it left a half century’s worth perched on the hillside above town.

DYKSTRA: OK. Thanks, Steve. We’ll talk to you again soon.

CURWOOD: And there’s more on these stories on our website, LOE.org

About the deal to phase out HFCs reached in Kigali, Rwanda