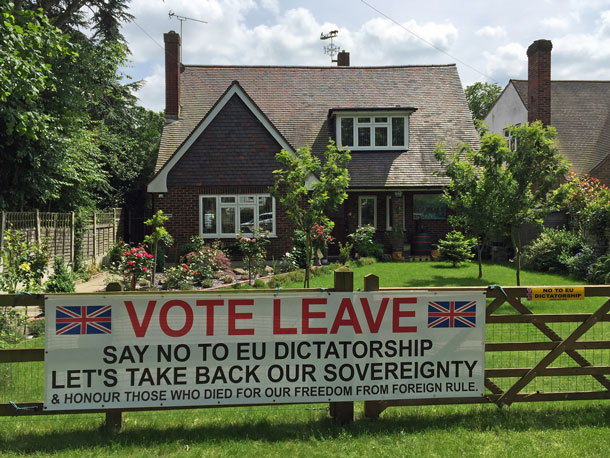 As the world prepares for the realities of “Brexit,” environmental policies in the UK have an uncertain future. The European Union’s strict regulations were likely a factor in British voters’ decision to exit the bloc. (Photo: Diamond Geezer, Flickr CC BY-ND 2.0)

Host Steve Curwood and Peter Dykstra discuss possible environmental regulatory fallout of the UK’s Brexit vote, repercussions of the recent “once in a thousand year” floods in West Virginia and reflect on the widespread impact of the Federal Highway Act of 1956 on American culture and lifestyle.

CURWOOD: Let’s head to Conyers, Georgia, now to catch up with Peter Dykstra and the stories beyond the headlines. Peter’s with Environmental Health News, that’s EHN.org and DailyClimate.org. Hey, Peter, how are you doing today?

DYKSTRA: Hi, Steve. I’ve got myself a little summer cold so I’ll be a little hoarse today. But you know it was a tough week or so for England. A few days before England got knocked out of the European Cup soccer tournament by tiny Iceland, UK voters chose to knock themselves out of the European Union.

CURWOOD: And immediately after, world stock markets took a dive and some UK voters began, shall we say, voicing second thoughts?

DYKSTRA: Yeah, speculation is rampant, not very much of it optimistic, but let’s take a look at the EU’s role as a global environmental regulator.

When the EU tightened its air pollution standards in 2010, the UK was forced to go along, though it’s still not in full compliance. Tight EU restrictions on everything from farming to ocean pollution, fishing to chemicals, had drawn fire from the two political leaders most widely identified with the successful Brexit vote – that’d be Boris Johnson and Nigel Farage.

CURWOOD: So when the UK actually takes itself out of the EU, does that mean that the EU’s stronger environmental protections are going to be out?

DYKSTRA: We don’t know yet, but resentment toward some EU policies probably helped tip the scales on the Brexit vote. One example: The UK National Farmers Union bristled when the EU set a ban on neonicotinoid pesticides, widely believed to contribute to the collapse of bee populations.

CURWOOD: So there are a lot of question marks about how Britain’s leaving the European Union and will drive policy in both the UK and EU. What do you have next for us, Peter? 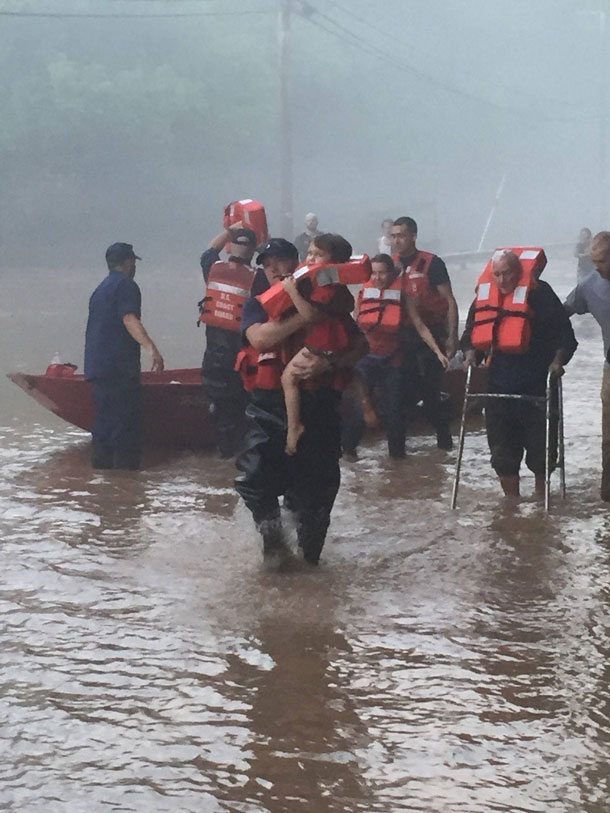 DYKSTRA: The devastation from West Virginia’s recent floods was extraordinary. A parade of heavy downpours led to abrupt flooding in the state’s narrow, steep-hilled valleys, killing around two dozen with more reported missing and driving thousands more from their homes in what was described as a “once in one thousand years” flooding event.

CURWOOD: Hmmm, it seems there have been a lot of thousand-year events lately.

DYKSTRA: Right, and in the face of tragedy, here’s a little perspective, courtesy of West Virginia’s biggest newspaper and one of the state’s biggest annual events. The Charleston Gazette, which has probably lost a few readers or advertisers for speaking plainly in this traditionally coal-dependent state, said this: “In the aftermath of West Virginia’s flood tragedy, it’s a time to grieve for the dead and shelter multitudes of families who lost their homes, jobs and possessions. But later, after the immediate crisis is past, conscientious people should think about causes of devastating weather.”

Over at the Greenbrier, the lavish mountain resort, the hotel is shuttered and the gleaming fairways of its championship-caliber golf courses are digging out from three feet of mud instead of hosting one of the premier professional golf tournaments this coming weekend.

CURWOOD: Which is not to say that a closed down resort and golf tournament are more important than the loss of lives and homes.

DYKSTRA: Not at all, but this coming weekend, when millions of sports fans tune in to the see the weekly PGA Men’s tournament and it’s not there, maybe it’s one more reason to think about the weather, the climate, and the seeming changes all around us.

CURWOOD: Hey, Peter, what do you have from the annals of history for us today?

DYKSTRA: Sometimes it’s the things we don’t think of as environment-related that have the biggest environmental impacts. Sixty years ago this past week, President Dwight Eisenhower signed the Federal Highway Act of 1956, creating the Interstate Highway System we all know and love today, except maybe when we’re stuck in traffic on it or are pondering the environmental impacts of it all. 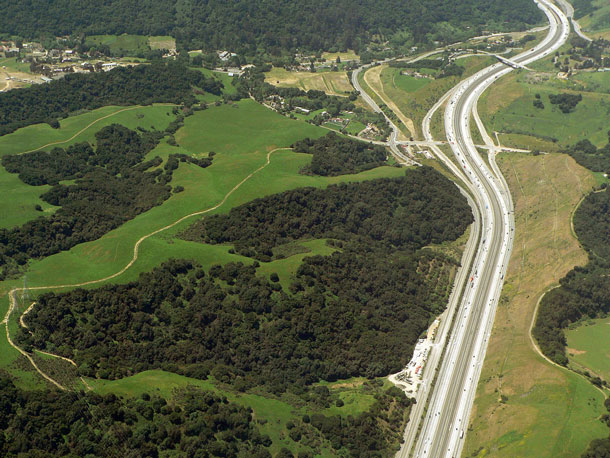 CURWOOD: Yeah, and the interstates really sealed the deal for America as a car-dependent culture.

DYKSTRA: Yes, and although its nearly 48,000 miles were declared complete in 1991, guess what...we’re still building it. In June, the final section of Interstate 22 was completed near Birmingham, Alabama.

But let’s a step back and look at the system’s impacts, good and bad: interstate highways pretty much stuck a fork in passenger rail, and much of our freight rail traffic; it contributed to suburban sprawl and the draining of core cities.

If your town was on an interstate route...instant bonanza. If the freeways passed you by, like the Bates Motel in the movie Psycho, things got a little bad. So the interstates really made deep changes in not just how we live, but where we live and how we get around.

CURWOOD: Not to mention a huge invitation to increase our carbon footprint. Peter Dykstra is with Environmental Health News – that’s EHN.org and DailyClimate.org. Thanks, Peter. We’ll talk to you again soon.

DYKSTRA: Okay, Steve, thanks a lot. Talk to you again soon.

Mother Jones: “Why Brexit is Bad News for the Environment”

Independent: “Will Brexit help or damage the environment?”

USA Today: “Why the WV floods were so deadly and destructive”