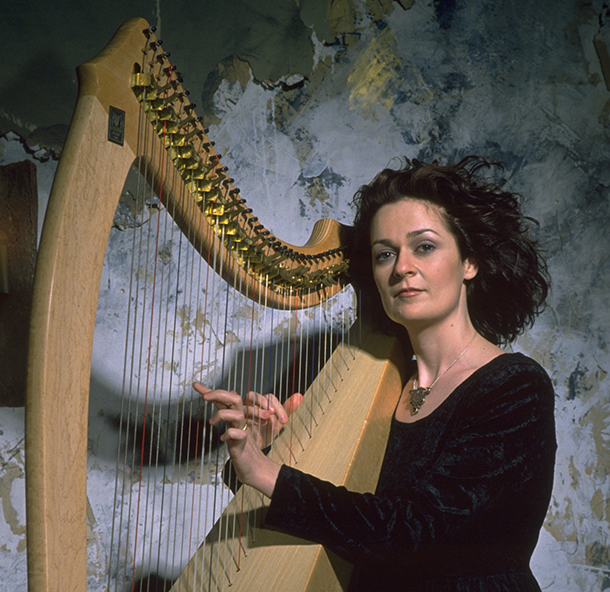 Áine Minogue is a harpist originally from County Tipperary, Ireland. She lives in the Boston, MA area. (Photo: courtesy of Aine Minogue)

Irish harpist Aine Minogue launches the Living on Earth holiday special, with stories of mid-winter traditions. Aine and host Steve Curwood discuss the importancee of visiting friends, decorating with evergreens, and summoning longer days, and she plays traditional tunes of the season and sings about a creature from the Land Beneath the Sea.

CURWOOD: From the Jennifer and Ted Stanley Studios at the University of Massachusetts Boston and PRI, it’s the Living on Earth holiday special. I’m Steve Curwood.

CURWOOD: Our theme today is hope at this time of short days and new years. And we’re listening to an Irish harp as we begin with a visit to the magical world of brownies and leprechauns and kelpies and faeries of the ancient Celtic culture, another world that Celts felt they could glimpse from this one, especially at this time of year. Singer, storyteller and harpist Aine Minogue is our guide, and she joins us now with an old-fashioned horn dance, the traditional dance of hunting the wren and the mysterious selkie. Aine Minogue, welcome to Living on Earth.

CURWOOD: So, our theme today is hope, but in northern Europe, the land of the Celts, the days are, well, they're extraordinarily short this time of year. All that darkness. How could people get a sense of hope?

MINOGUE: Well, it seems to be intrinsic to the human condition, and long before there was a Christmas or a Hanukkah or a Kwanzaa, mid-winter was a holy time, I think, for people not just in the Celtic countries but all over the world. And it my culture, the old Irish and Celtic tradition, the world was seen as a wheel of life and each season was like a journey. None was more deeply felt than the journey of December through the winter months, and the winter solstice in particular, which is the year's shortest day. So there were rituals of the season, and they weren’t simply for merriment. They serve as a great function and, because it was such a dark month, it was kind of dangerous. It's very hard for us to think of a time before electricity. A lot of these traditions involve going door to door, and it was very important to check in on your neighbors, checking the wood pile and making sure everybody was safe and well. So, a lot of these traditions of going door to door served that function very usefully.

This dance, called the “Horn Dance,” is a wonderful dance. Eight men ran through the village with antler heads, and it was thought to bring in good luck for the new year and it's still performed today in Abbots Bromley in Staffordshire on New Year's Day. It's an unbroken tradition.

CURWOOD: Now what about the other traditional dance called "Hunting the Wren"? What’s that all about?

MINOGUE: Well, "Hunting the Wren" is an unbroken tradition that's gone on in Ireland as long as anyone can remember. Originally, it's believed that St. Steven was betrayed by a chattering wren. Also, before that, it's believed the wren was the wisest of all birds, and used to be hunted down and passed around, again, to bring good luck for the new year. So the tradition is people go from house to house, playing music. It's another one of the visiting traditions, and we play for people and play music and pass the hat. And Wren Boys, they often dress up actually in straw. They're often called “Straw Boys.” A lot of tomfoolery going on. It’s good fun.

CURWOOD: And this is the day after Christmas.

MINOGUE: It's the day after Christmas Day, which is a fantastic day to leave the house, get up after all that food and move about the countryside. It's a huge visiting day. I used to do it and have written a little piece here for you that I hope you'll enjoy. 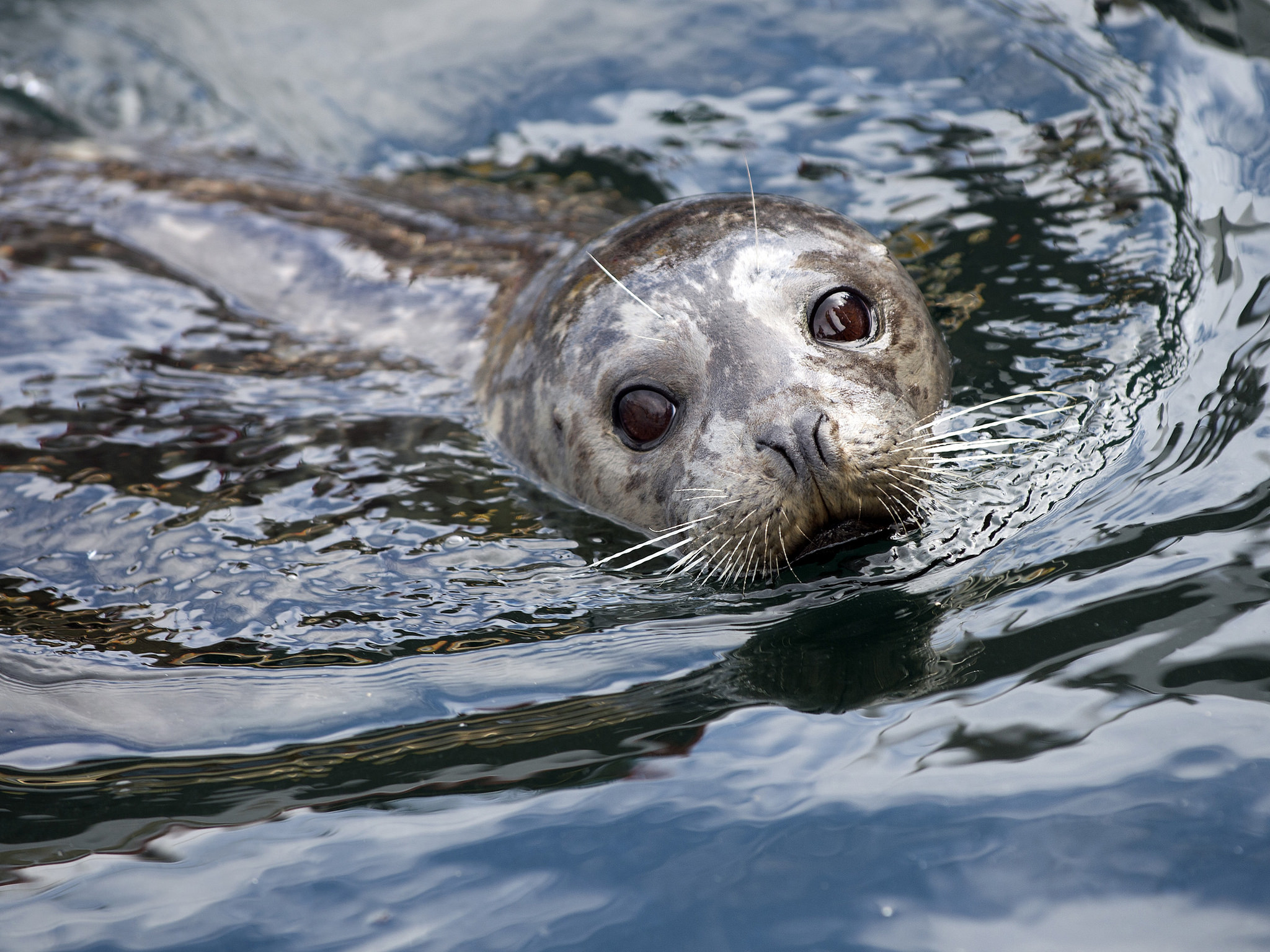 Selkies are mythological Celtic creatures that are said to live as seals in the sea but shed their skin to become human on land. (Photo: RayMorris1, Flickr CC BY-NC-ND 2.0)

CURWOOD: So this is a powerful time of year for the Celtic world, but what about those beliefs that especially at this time of year one could just slip between the world of everyday and the world of gods and faeries?

MINOGUE: Yes, I think that idea of sort of a crack between here and the other world is very prevalent at that time of year. And the Celts believed that the veil between the worlds was very thin, and that we might see the ancients or the gods, and the gods might see us. Anything in states of between-ness was very, very powerful, so you wanted to be somewhere that was, like by the seashore, which was neither land nor sea. And even holly was considered powerful at that time because it was neither tree nor bush. And they loved places where parishes met or waters met or even roads met because these were, again, seams or cracks, just like cracks in the year, and therefore they had their own sense of magic about them.

CURWOOD: Well, tell me more. What were these other words?

MINOGUE: Well, broadly speaking, within the Irish tradition, there were three other worlds. One was the land beneath the ground, and the other was Tìr na nÒg, which translates from the Gaelic to the Land Of Perpetual Youth. And then there's the Land Beneath the Sea. What we have to remember about this whole other world is that when people are very close to the land and agricultural cycle, it's so real to them. And when people sort of live and work on the sea, the idea of having their other world beneath them, and these creatures coming to life, their stories are based on these ideas, as opposed to a heaven which we’re much more familiar with.

CURWOOD: And, Aine, what about this notion that people can interact with creatures from other worlds. I'm thinking in particular of the selkie — the creature from underneath the sea. 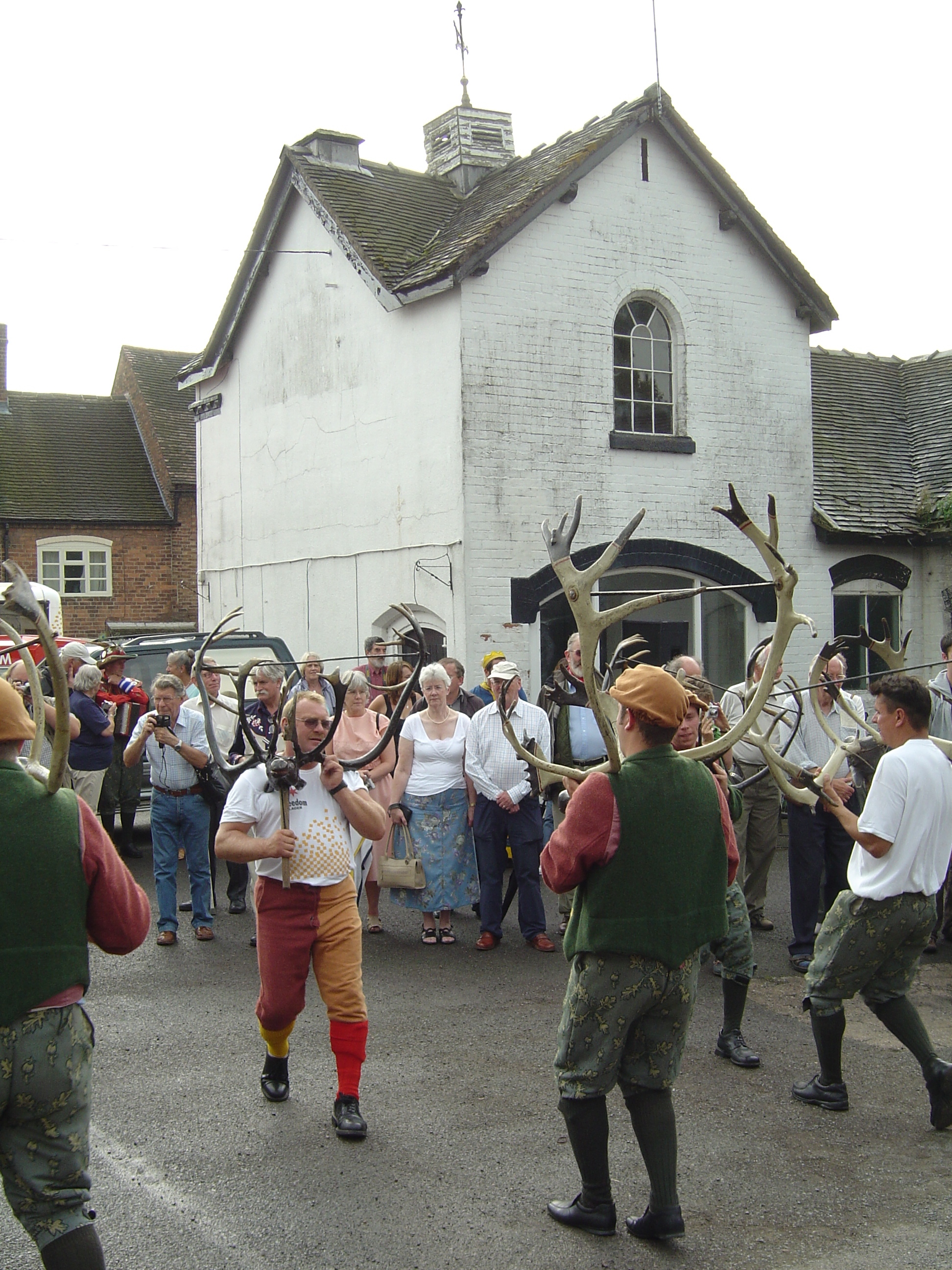 MINOGUE: So, the selkie is basically a seal, and a human man or woman falls in love with this seal and gets the seal to agree to come to land, and sometimes it's through trickery, but usually they actually fall in love. And the seal sheds her skin, and sometimes he hides the skin for her, or sometimes she hides it herself, and invariably over time either she finds the skin or one of her children do, and she just feels compelled. She can't help herself. She puts it back on. And of course when she does she has to return to the water because that's her true home, and it creates great sadness.

CURWOOD: So, Aine, I understand you have a song that describes this doomed love. Please, sing it for us now.

THE SELKIE SONG
I am a man upon the land, I am a selkie in the sea, When I'm far, and far from land, My dwelling, it’s in Sule Skerry.  It shall come to pass on a summer's day, As the sun shines hot on every stone, That I shall take my little young son, And teach him for to swim the foam.
It was not well, said the maiden fair, It was not well, indeed, said she, That the Great Selkie of Sule Skerry, Should have come and brought a babe to me.

CURWOOD: That’s such a sad story. Before you go, I seem to remember that the bonfire was big at ancient winter solstice festivals. Why?

MINOGUE: I think, you know, particularly in western Europe this time of year, the idea, I think, was that the fire would beseech the year to stay alive, like literally, keep the sun in the sky. And all of these festivals are really festivals of light, and it's literally a means of keeping the year alive. I often think of John Lennon. He always said, "If you're not busy being born, you're busy dying." Probably the old Irish would have said, “We're busy being born and busy dying,” that we have that vital system that both are always going on at the same time, and that Solstice, it's just that one moment where it all stops, just for a moment.

CURWOOD: Aine Minogue, you’ve taken us to the horn dance, we’ve hunted the wren. We've met a selkie. So now, please give us some hope for the New Year that’s coming.

MINOGUE: Well I always love to turn to the words of Susan Cooper and one of my favorite poems that get me through the winter. It's called, "The Shortest Day".

So the shortest day came, and the year died,
And everywhere down the centuries of the snow-white world
Came people singing, dancing,
To drive the dark away.
They lighted candles in the winter trees;
They hung their homes with evergreen;
They burned beseeching fires all night long
To keep the year alive,
And when the new year's sunshine blazed awake
They shouted, reveling.
Through all the frosty ages you can hear them
Echoing behind us - Listen!
All the long echoes sing the same delight,
This shortest day,
As promise wakens in the sleeping land:
They carol, fest, give thanks,
And dearly love their friends,
And hope for peace.
And so do we, here, now,
This year and every year.
Welcome Yule!

CURWOOD: Welcome Yule! Aine Minogue is a harpist and folklorist from Tipperary. These days she celebrates the season in Boston.


More about Áine Minogue and her musical tales

About the Abbots Bromley Horn Dance

Legend behind “The Selkie Song”