The Wooden Sword / A Story of Peace 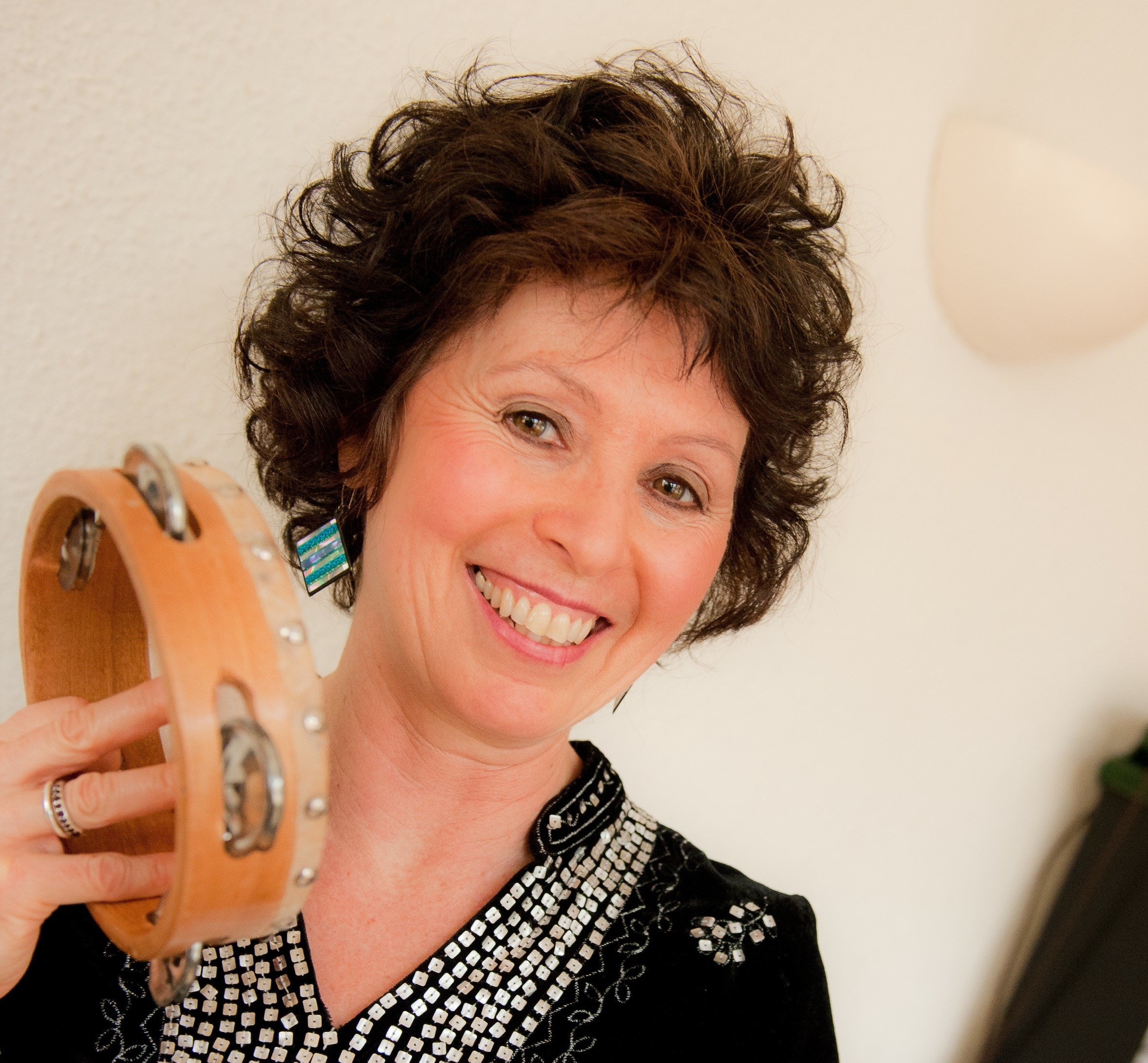 Storyteller Noa Baum collects traditional tales from all over the world and creates original stories. Rooted in Afghan-Jewish traditions, “The Wooden Sword” shows us how faith can help us find happiness, even when we are faced with adversity.

CURWOOD: The winter solstice comes just before midnight on Monday, December 21 this year to the region of our studio in Boston. And it’s our tradition this time of year to step back from the pressing and sometime depressing environmental news to take some time to share some tales and music with you much as we might with our own families. And our holiday season special is next week. Right now, here’s a preview from story teller Noa Baum. She has a tale from Afghanistan about how to find happiness.

THE WOODEN SWORD, a Jewish folktale from Afghanistan

BAUM: There once was a king who disguised himself as a beggar and would roam the streets of his kingdom to listen to the people, to see how they lived, for he had everything, but he wasn’t happy. He was always consumed by worry, and he wanted to see how others lived.

The king was so surprised. Who could be so happy in such dismal looking surroundings? He followed the singing and he came to a tumble-down hut. He knocked on the door and asked,

“Is a guest welcome here?”

And the door flew open. An elderly Jew stood there with a beaming face.

And he welcomed the king into that hut as if it was a palace. There was not much there. A straw mat in the corner with a blanket. There was a table, one chair. Upon the table the remains of a very humble meal. Tail end of a fish, a crust of dark bread, a little bit of wine. But the man invited the king in and insisted that he sit upon that one chair and partake from the remains of the meal. And after the king ate he said, “Was it you singing? You sounded so happy.”

“Oh, yes, I have nothing to complain about.”

“And what is it you do? How do you earn a living?”

“I’m a cobbler. I fix shoes for people by the side of the road.”

“Oh, and is that enough to sustain you?”

The king was so surprised. He’d never met anyone like this.

“Oh, no,” said the Jew. “I do not worry about something that hasn’t happened yet. Besides I have someone who takes care of me.”

“Ah,” thought the king. The mystery is solved. And so he asked, “Do you have a family who takes care of you?”

“So who is it? Is it the king perhaps? I’ve heard he is very good to his citizens.”

(CHUCKLES.) “Ah, yes, the king is good to his citizens. But for me, the Almighty takes care of me, day by day.”

The king left that place perplexed. How can someone who had so little be filled with so much joy? He was determined to get to the bottom of this. He would put the faith of that Jew to a test.

So the following day he sent out a decree forbidding all cobblers from fixing shoes by the side of the road. And as he put on his beggar’s disguise that evening he thought, “Huh! We’ll see what tune he’ll be singing this time, when things are really bad.”

And once again, once again he was welcomed into that tumbledown hut as if it was a palace, and there were the remains of a humble meal upon the table. Tail end of a fish, a crust of bread, a little bit of wine, and when the king ate he said,

“But how did you manage this? I heard the king came out with a very cruel decree!”

“Ah, yes, said the cobbler.” (CHUCKLES.) “When I came today and I saw that decree, I closed my eyes, and I prayed. I said, “Dear God, you see that the livelihood has been taken from my mouth, but I know when you close one door you open another.” And when I opened my eyes I saw a group of woodcutters going to the woods. They let me join them. I borrowed an ax. I got myself a nice bundle. I sold it in the marketplace, and with the money I had enough for my meal!”

“But what about tomorrow? What about when you’re too old to hold an ax? Don’t you worry about that?”

“Aw, I told you yesterday I never worry about something that hasn’t happened yet. Besides I have the one who takes care of me, day by day.”

The king was determined to get to the bottom of this. This could not be real! No one could have such faith!

That night the cobbler turned woodcutter returned home. He had a little bit left from the night before, but he knew he did not have enough to sustain him for 30 days. And then he took out the sword from its sheath, and he examined it. It was a fine blade, the kind that only the king’s guards receive.

He went out. He cut a limb from one of the trees, and he sat up all night, and he fashioned an identical blade made of wood. He put it in the sheath, and the king’s blade he sold in the market. And the money, oh! (CHUCKLES.) It was enough for more than 30 days.

And when the king heard what the cobbler did he said, “But, but aren’t you afraid? What if there’s a sword inspection tomorrow?! You could be, you could be executed for selling the king’s blade!”

“Hmmm! I told you, I do not worry about something that hasn’t happened yet. Besides I have the one who takes care of me, day by day.”

The next day the captain of the guards caught a man in the marketplace. He called forth the Jew. He said: “This man is a thief. By the order of the king you must cut off his head now!”

The Jew fell upon his knees. “ Oh, please, can you choose some else? I’m an observant Jew. I cannot take the life of another human being!”

“It is the order of the king. If you refuse it is your head that’s on the line.”

A crowd was gathering.

The Jew closed his eyes. He prayed a little. He thought a little, and then he opened his eyes. He stood up, and he looked up into the heavens, and he spoke in a loud voice for all to hear.

“Dear God, he said, be my witness. Give me a sign. You see that I am ordered here to take the life of another human being, and you know that I have never even hurt a fly. Please, be my witness. If this man is indeed guilty of the crime that he’s being accused of, give me the strength to take out my sword and cut his head off with one blow, but, Dear God, if by any chance this man is innocent, give me a sign and turn my sword into wood!” 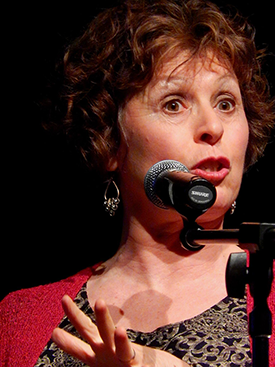 Noa Baum is a storyteller and educator in the Washington D.C. area. (Photo: Tim Livengood)

And with that he pulled out his sword and lifted it up in the air. The crowd gasped, for indeed it was made of wood. Some people fell upon their knees at the miracle they had just witnessed, but the king, watching it all from his balcony, smiled at the wisdom of that man. He came down, and he said to him,
“I am the guest that you have welcomed so generously into your home these last few nights, and now I’d like to ask you to come and be MY guest. Live in the palace by my side. Be my advisor. Teach me how to live as you do, with so much faith and so much joy, day by day.”

CURWOOD: To have faith, maybe you have to be a bit of a trickster at the same time, huh?

CURWOOD: That’s storyteller Noa Baum with her tale The Wooden Sword. And you can hear more of her stories on our holiday season show next time on Living on Earth.


The Wooden Sword: A Jewish Folktale from Afghanistan

About storyteller and educator Noa Baum