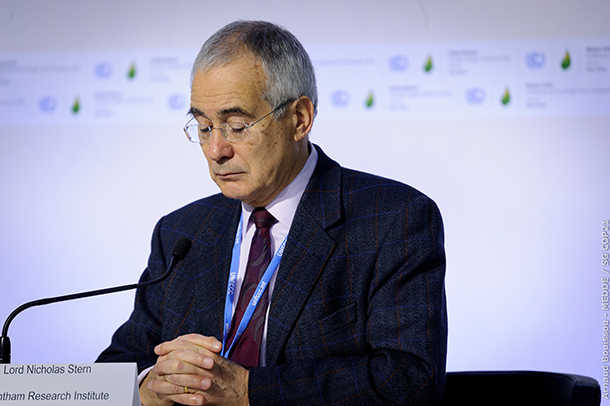 Cash flow for sustainable development is essential to make the Paris Agreement reality, yet the accord doesn't include firm financial commitments from developed countries. Lord Nicholas Stern tells Host Steve Curwood how the Agreement will likely mobilize public and private investment to help developing countries.

CURWOOD: A key part of putting the Paris Agreement into effect is finance - mobilizing the cash that developing countries need to build and scale up green infrastructure. The Agreement doesn't include a firm commitment from rich countries to finance these projects. But Lord Nicholas Stern of the London School of Economics who quantified the costs of global warming in the authoritative 2006 Stern Report says that this deal does open a new pathway for investment and prosperity.

STERN: I think it's a very good deal. It says that we have to get not only below two degrees, but do our best to get 1.5 degrees Centigrade as we can. At two degrees, you start to be out on the edge of real tipping points and lots of irreversible effects. So to say that we'll do our best to stay well below two degrees is very important. We didn't know that we'd get that ambition. We didn't know that 1.5 would be mentioned. Second thing that's in there that we could've been sure of, was a commitment to review after five years together with a recognition that the current intentions for 2030 are way too high. If you add up all the intentions you get to levels of emissions about 10 percent higher than now, whereas for a two degree path we ought to be in 2030 something like 20 percent lower. So that ramping up of ambition is right there in the Agreement, and on finance there's a commitment of rich countries to increase their support. Those are just three things, three ways in which I think this is a really good agreement, and I hope that the historians will see this as a historic turning point.

CURWOOD: To what extent does is this agreement help raise the living standards of the poorest among us?

STERN: This is about getting sustainable energy to the more than a billion people in the world who don't have access to electricity. For example, small solar photovoltaic panels with batteries you can charge up mean that people can help their kids studying in the evening by some kind of light, which is not kerosene, which is of course polluting inside the house. It helps people cook in ways which don't poison their lungs. Just in so many ways in health and education, empowering people to look after their own source of energy, this is a story of fostering ambitions of people, enabling them to change their lives for themselves.

STERN: I remember that very well, Steve, because I negotiated that $100 billion working together with Prime Minister Meles Zenawi of Ethiopia who sadly died three years ago and Mike Froman who was then working with Hillary Clinton of the United States. I remember it very well. And it's important, but that's just a small part of the story. The bigger part of the story is enabling people to invest in themselves. And $100 billion by itself doesn't do that, but what it can help do is to create circumstances where cheap finance from a wide variety of sources becomes available. We're now seeing a much bigger story in the trillions of people seeing where the world is going and putting their money to follow that.

CURWOOD: The president of Ethiopia pointed out to me that the interest rates for domestic development there are much higher than the west. If you have to pay 16 percent for money, the capital you could deploy on making payments on that loan is much smaller than what you could do with a 3, 4, 5 percent. How can we bridge the interest rate gap to help development in the least developed countries?

STERN: Steve, that is an absolutely critical point. If you're paying 10 percent real, say, and if you compare that with paying 3 percent real, you're cutting it by more than a factor of three. Now, a lot of the things we're talking about are activities where capital cost is high in relation to the output. Indeed that's the point with renewables. You buy your solar PV panel and then the sun shines and you don't pay for the sunshine. That's a sense in which the capital is much bigger part of your cost. So the cost of capital is extremely important. We can see that governments around the world can borrow close to zero real. So how do you do it? How to close that gap? 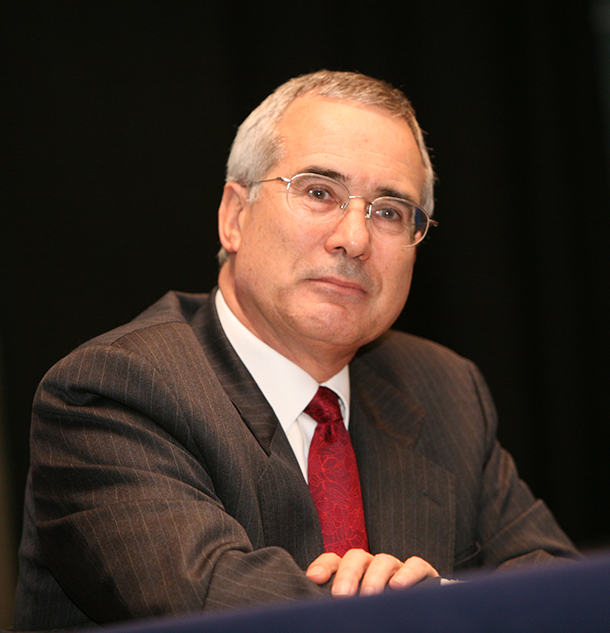 Lord Nicholas Stern is a British economist and chair of the Grantham Research Institute on Climate Change and the Environment at the London School of Economics. (Photo: LSE)

CURWOOD: Indeed. How do you do it?

STERN: Well, a lot of these things about risk. So what you try to do for example, is get the multilateral development bank, world bank, Asia development bank, you get them involved in these kinds of deals where can give guarantees or they can take the first loss, and the cost of capital goes right down because people have confidence in that entity, and they also actually reduce the risk itself because if so that risk is about people not behaving very well then that's less like it happen if those banks are involved. I think that this is the area where we are going to start to see the big money flow because we can see this set of opportunities and that's the way in which the cost of capital is going to come down.

CURWOOD: So if you were in charge of everything, what's your first move? What's the most important next step in terms of finance in dealing with the climate crisis?

STERN: I would say two important things: one is to countries around the world now to recognize that this is the sense of direction, so they should be following policies which establish a price for carbon, invest in innovation and then build the financial systems that allow that investment demand to be financed at reasonably low-cost, and through their big financial institutions that manage private money together with the good policies and government we should be in for an era where those tremendous low carbon investment opportunities become investment demand which are financed by a reinvigorated financial system.

CURWOOD: Lord Stern is with the London School of Economics. Thank you so much, Nick, for taking time with us today.

STERN: It's a pleasure talking to you, Steve.


About Nicholas Stern, Center for Climate Change Economics and Policy

2006 Stern Review on the Economics of Climate Change