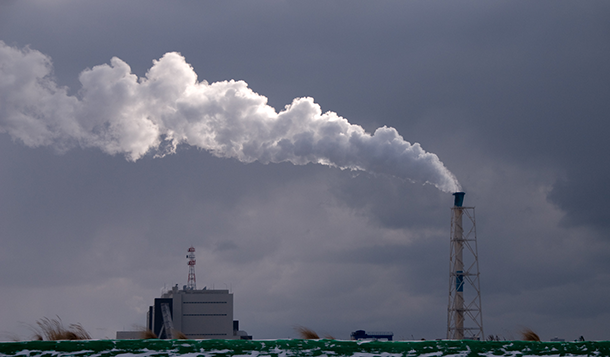 Coal-fired power plants have provided cheap energy for over a hundred years, and despite coal-burning’s high emissions, about 2,400 are planned globally. A new study calculates that emissions from global energy generation must reach zero before the middle of the century to keep climate change below a two-degree Celsius temperature rise. Niklas Hohne of the New Climate Institute discusses the study with Living on Earth’s Helen Palmer and explains why building these plants is inconsistent with emissions control commitments countries have given.

CURWOOD: Fossil fuels are in the crosshairs of any agreement reached here in Paris, and none more so than coal because of its high levels of global warming and local pollution. And though just about every nation has made carbon-cutting pledges, many new coal-fired power plants are in the planning stage. A new analysis just released at the climate summit details exactly how inconsistent these plans are – it comes from Germany’s New Climate Institute, that tracks power plant emissions. Living on Earth’s Helen Palmer spoke with the author Niklas Höhne to find out the details.

PALMER: Niklas Höhne, tell me briefly what you found.

HÖENE: We looked at datasets that say how many coal-fired plants are currently being planned and currently being built, and checked whether the emissions that would come from these coal-fired plants, how they relate to what is necessary to keep climate change under control to meet the internationally agreed goal of not more climate change than two degrees. We find that more than 2,400 coal-fired plants are in the pipeline globally, and that is in a stark contrast to what would need to happen to keep temperature rise below two degrees. We looked at all the scenarios that try to reach this goal of two degrees, and they consistently find that the electricity sector globally has to reduce its emissions to zero by 2050, and that basically means global phaseout of emissions from coal-fired plants by the middle of the century. That's in 35 years. An average lifetime of a coal-fired power plant in 40 years, so anything that's built today will still be running by the middle of the century. If we are serious about the two degree goal, no single coal-fired power plant should be built today.

PALMER: How does that relate to global emissions and to other emitting factors?

HÖENE: So global emissions today are around 50 gigatonnes. The US emits in total around five gigatonnes. In order to be on the pathway towards two degrees, global emissions have to go down from 50 to around 42 gigatonnes in 2030. And if you just calculate all of the emissions from existing and these newly built power plants, you get together 12 gigatonnes. So, one third of the allowed emissions in 2030 will come only from coal-fired power plants, and that would mean no room for any other emissions — transport, buildings, agriculture and so on.

PALMER: If by any chance they were built, what would that mean the global temperature would go up by?

HÖENE: We calculated if all countries would do what they have already proposed in their national plans, we would go up to a temperature increase of 3.6 degrees, but adding all of these coal-fired power plants, it would even be above that, so we would more go in a direction of four degrees than two degrees which is the agreed goal. 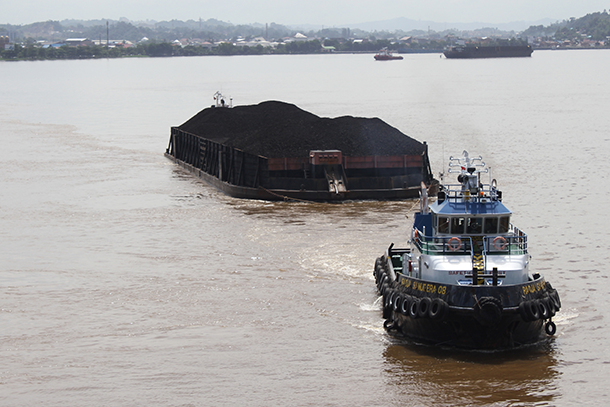 PALMER: So these are obviously numbers that doesn't add up.

HÖENE: [LAUGHS] Exactly, so the conclusion from all of this is that governments should be active right now to review their plans of building coal-fired power plants.

PALMER: So, which countries are planning to build all these power plants?

HÖENE: Quite a lot of countries are building coal-fired plants. China is leading. China is very big and has a lot of demand for new electricity, so that's why it has plans for new coal-fired power plants. Second largest is India. But then come a few other countries like Turkey, like Japan, and then a little bit later comes the US, where also 3.5 gigawatts of coal capacity are planned.

PALMER: Well, obviously, countries like India and to a limited extent China are still developing. I mean, India's argument is that they need these power plants, because they need, basically, to bring power to their people.

HÖENE: That is very very valid argument, and understandable from the Indian point of view. India’s per capita emissions are a fraction of those European or even smaller compared to the US per capita emissions. But, having the global view, also in India there should not be a future power plants, so the element is here at the international negotiations that the other countries help India to develop in a way that is less emission intensive, help them with the technology for renewable energy, help them with energy efficiency, help them with better electricity grids, so that the electricity from existing coal-fired power plants can move to the other areas where there's no electricity.

PALMER: What do you put it down to, that there is this disconnect between what they say they’re going to do and what they plan for their power?

HÖENE: Not everybody has a global view. There may be investors that see there's a demand for electricity, and the cheapest way to get it is a coal-fired power plant. For them, the time horizon is not 40 years, for them the time horizon is the payback period and that may be much much quicker. So for them, economically, it may still be viable to build that coal-fired power plant, but for the society as a whole, the country India or the global society, it does not make sense. And that's something that needs to be solved when it comes to climate change. Why this is so severe today is that renewable energy right now has changed dramatically in the past years, and has now become much, much cheaper, and predictions for renewable energy are much, much higher than we thought five or ten years ago. And that's inconsistent with the long time horizons for coal-fired powered plants.


Coal plant plans could wipe out hope of holding warming below 2°C, and threaten achievement of INDCs

Japan, US and other OECD members agree to cut financing for overseas coal power plants

UK to Shut Down All Coal Power Plants by 2025, But Will Remain Fossil Fuel Dependent

China defends coal use ahead of Paris climate summit