The Mother of Endocrine Disruption Science 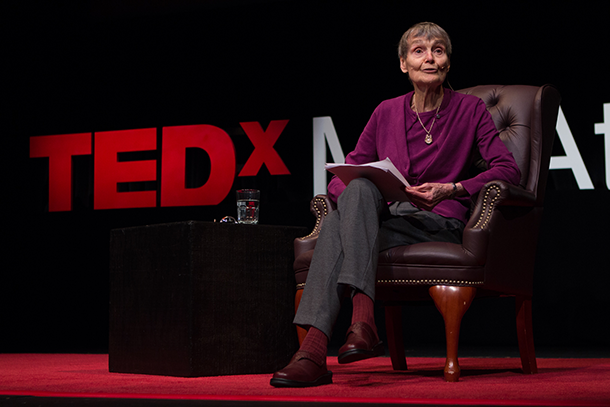 Theo Colborn may have waited until her 50s to get her PhD, but she still became a trailblazer in the field of environmental health. Theo died last December, and in this season of Earth Day fellow scientist and collaborator Laura Vandenberg and host Steve Curwood remember Theo's life and discuss her contributions to scientific knowledge.

CURWOOD: Well, now the science of endocrine disruptors is well established, largely thanks to Theo’s pioneering work and the many researchers she collaborated with, efforts that led, for example, to the banning of bisphenol A in baby bottles. Still, regulators have only just begun to address the risks of endocrine disruption. One of very last papers Theo co-authored was a collaboration with a team led by Laura Vandenberg, now an Environmental Health Scientist at the University of Massachusetts at Amherst. Laura joined us for a look back at Theo’s scientific breakthroughs, and what might lie ahead. Welcome back to Living on Earth, Laura.

VANDENBERG: Thank you so much for having me again.

CURWOOD: Tell me, when did you first hear about Theo Colborn?

COLBORN: I think like many young graduate students, I first learned about Theo and her work from her very popular book “Our Stolen Future”. And that was early in my graduate career, and within probably two years of starting my PhD with Ana Soto at Tufts University, Ana, who was close to Theo had introduced us electronically so I could start chatting with Theo about things that I thought were interesting and that she could help me with.

CURWOOD: And may I ask you, how did you feel as a woman scientist having Theo as a mentor in a way for you?

VANDENBERG: I was extremely privileged to work with someone like Theo. I’ve always really admired people who are willing at some point in their life say, you know, I want to do something different.

That takes a lot of bravery and Theo got her PhD in her 50s. That's not the traditional path, that's certainly not been my path and I really looked up to her for that, but I also really looked up to her for not just getting that degree but doing work in a field that was so and is so contentious and controversial. She really took a stand for the sake of planet Earth and human health, at a time that maybe a few other people were and few women were.

CURWOOD: Now it's more than 20 years since the really put her ideas out there. How do these concepts look some 20 years later? 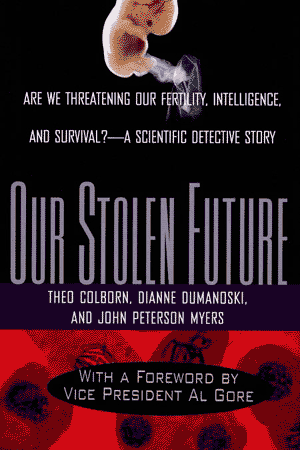 VANDENBERG: At the time the research was being proposed as a hypothesis, something that was still being tested, something that required more data to really convince even the practitioners in the field that something was going on. It was called the low-dose hypothesis, the idea that low levels of chemicals could affect the health of wildlife and humans. The data is here now. It took 20 years, it took a lot of scientists who contributed, and the evidence is pretty solid that these compounds can affect the health of humans, wildlife, creatures in the laboratory, cells in a dish. We've come leaps and bounds from what was known in the 1990s when Theo started this work to where we are today.

CURWOOD: One of the things that Theo Colborn talked about was the influence that these hormone-mimicking chemicals would have on our reproductive health. What do we know now?

VANDENBERG: There are still trends that are suggesting that reproductive diseases and conditions are increasing, conditions like infertility, endometriosis, polycystic ovarian syndrome, cancers of the reproductive tract and breast cancer in humans, and when we go back and look at the knowledge that's been produced in labs with controlled animal studies, we can explain some of these increases in disease from those animals by exposing them under controlled conditions to endocrine disruptors. We can induce a lot of those reproductive diseases that we're seeing increase in human populations. So the connections are there. Can we prove today that any one of those diseases is caused by a single chemical of concern? No, we're not there yet. Is there very strong evidence that the environment is affecting reproduction? Absolutely.

CURWOOD: One of the concerns that Theo Colborn had was regarding our thinking, our brains, our neurological systems. She thought that these hormone mimickers might interrupt the transmission of impulses, that they would affect what are known as neurotransmitters. What do we know about that today?

VANDENBERG: Theo was right on track with this idea and, in fact, neurotransmitters are just one part of what we've been finding with effects of endocrine disrupters. These chemicals are actually affecting the brain as it's being developed. The brain is a really complex organ where you could look at effects on the single cells, like the neurons, you could look at lower levels like the narrow transmitters or you could look at the whole brain anatomy and maybe the more fascinating things about endocrine disrupters is that they can target all of these different levels of biology. Some of the more convincing data showing effects of endocrine disruptors on the brain focus on rodents and regions of the brain that are different in males and females. And creatures that are exposed very early on in life to endocrine disruptors can have brains that don't match their genetic sex. So males that have brains that look a little bit more like female brains and vice versa so I think once again, Theo was right on track and her idea was that the brain was going to be hypersensitive and that it would be very sensitive during early development. In fact, Theo had a quote, "You can't go back and rewire the brain." So if we alter the organization of the brain early on in life, oh boy, we could be in for some real trouble. 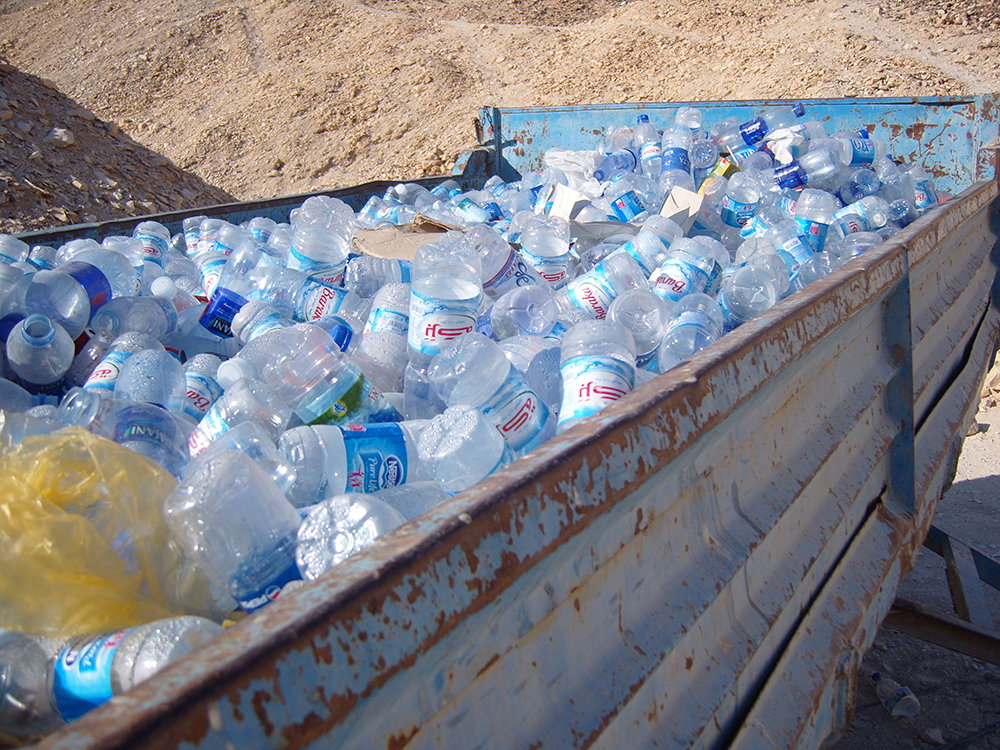 Chemicals like BPA in plastics have been found to disrupt endocrine systems. (Photo: Effeietsanders, Wikimedia Commons 3.0)

CURWOOD: As a practical matter, what has Theo Colborn's work meant in terms of various chemicals that we might regulate today?

VANDENBERG: Well, one of the things that Theo helped others in the field to do was to identify just how many chemicals might have endocrine disrupting properties. She helped complied a list of either known endocrine disrupters or possible endocrine disrupters, and the list has more than 1,000 chemicals on it. Theo stayed very active in understanding the latest science about a lot of different chemicals, including BPA, for example. Another thing that is worth pointing out is just in the last few years Theo was one of the scientists that was sounding the alarm about chemicals that are used in hydraulic fracturing, or fracking. And she was pointing out just how many chemicals were used for fracking and how little we knew about them. And Theo was very concerned that these chemicals could also have endocrine disrupting properties in addition to being just toxic.

CURWOOD: When Theo Colborn died in December 2014 she was some 87 years old. So you're telling in her 80s she was working on this?

VANDENBERG: I'm telling you that I think two weeks before she passed, we were on the phone still talking about science. So this was a woman who cared very much about what she was doing, the scientists she was working with, and trying to save the world. I mean, this is a woman who was committed to saving the world.

CURWOOD: So Theo Colborn's ideas have brought you and this part of the scientific community to a certain point. What's next? What's over the horizon? If Theo were today, what direction would she be pointing towards as the need for more research and understanding?

VANDENBERG: I think one of the things that is really on the horizon, and once again, Theo saw it before a lot of us did, was the need to understand how these chemicals act in a mixture. For the most part in the lab, we study one chemical at a time. I treat animals with chemical X and I compare them to animals that weren't exposed. Well, you and I are not exposed to chemical X, we're exposed to chemical A, B, C, D, E, F, G, and we really need to develop the right methods to look at chemical mixtures. Theo's work on chemicals found in fracking is really a question of mixtures, all of these chemicals used together in a slurry. What are they doing?

CURWOOD: How do you think history is going to look back at Theo Colborn's work in, say, another 20 years or more? 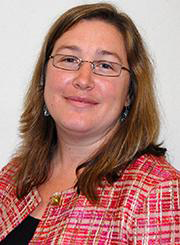 VANDENBERG: I think people in my generation of science will look to Theo with awe. Knowing her when she was alive, what she could accomplish, was incredible. But I think the broader lessons that go beyond science to what Theo's legacy will be will also be huge. This is a woman who gave a good part of her life to trying and improving the life of humans, the health of humans, and wildlife. She cared very much for the environment and for how we could protect ourselves from chemicals that we didn't realize when they were first produced could cause such harm. I think that her legacy will only grow from here.

CURWOOD: Laura Vandenberg is Assistant Professor of Environmental Health Science at the University of Massachusetts at Amherst. Thank you so much for joining us for this Earth Day look back at the life of Theo Colborn.

VANDENBERG: Thank you so much, and thank you for honoring her.