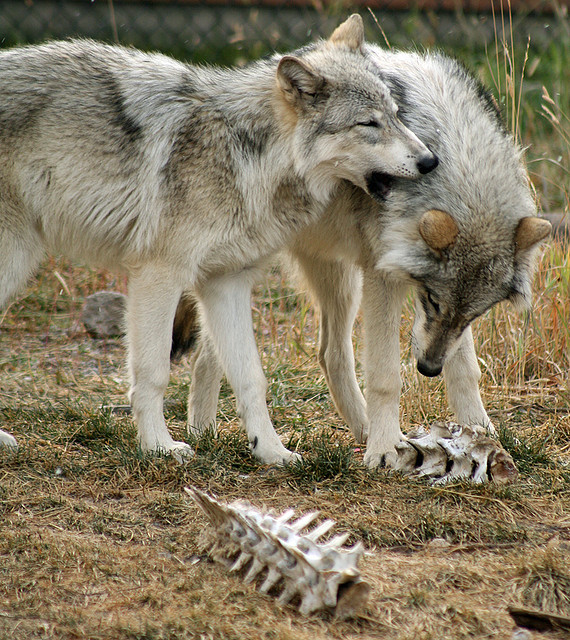 In this week’s trip beyond the headlines, Peter Dykstra tells host Steve Curwood about a global flatline in carbon emissions for 2014, increases in climate coverage by the media, and how beavers have flourished since the reintroduction of wolves to Yellowstone.

CURWOOD: It's Living on Earth. I'm Steve Curwood. Time to head off to Conyers Georgia to check out the week beyond the headlines. Peter Dykstra with Environmental Health News, ehn dot org and the DailyClimate dot org, has been delving into that world, and he’s on the line now. Hi there, Peter.

CURWOOD: Well, we’re always up for that, particularly after the record-breaking snows here in Boston.

DYKSTRA: Year after year, the amount of carbon we throw into the atmosphere tends to mirror the state of the global economy. Economic downturn, fewer carbon emissions. Economic boom times, carbon goes boom too, accelerating climate change impacts. But according to the International Energy Agency, in 2014 global carbon emissions flat-lined – pretty much the same as 2013, while the economy grew by three percent worldwide.

CURWOOD: Hmmm, so that flies against the conventional wisdom that some people hold, that you can’t protect the climate and grow the economy at the same time. What do you think is happening to cause this?

DYKSTRA: Well, a lot of things, Steve. Renewables like wind and solar still face some challenges, but the longtime predictions for a breakthrough seems finally to be arriving. And energy efficiency is scoring big, quiet victories in both industrialized and developing nations. One year of flatlining does not a trend or a solution make, but it’s a promising step.

DYKSTRA: Exactly. On top of a little good news for carbon, I’m seeing good news … from the news. A couple of organizations with global influence are wide-awake on climate change – the Guardian, and the Washington Post. Over in the UK, the longtime editor of the Guardian, Alan Rusbridger, is about to step down, and that of course is time to think about one’s legacy. Rusbridger says he didn’t want to leave without seeing the Guardian go all-out to cover climate change.

CURWOOD: But hasn’t the Guardian always paid a lot of attention to climate and the environment? 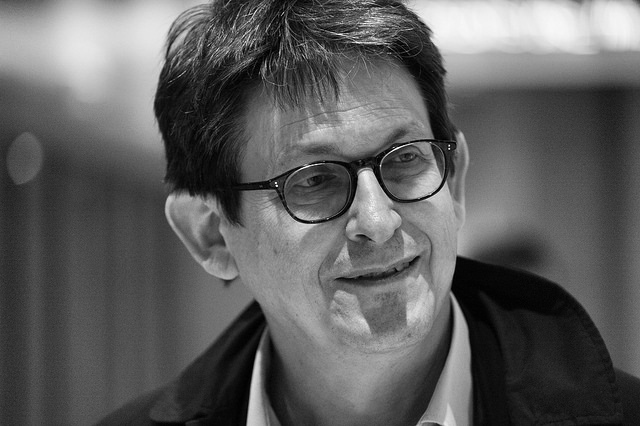 In advance of his upcoming departure from the Guardian, longtime editor Alan Rusbridger is directing the publication to treat climate change as the most important story of our time. (Photo: International Journalism Festival; Flickr CC BY-SA 2.0)

DYKSTRA: They have, but this is different. Alan Rusbridger says that climate is the most important story of our time, and for once, his newspaper - and website — are covering it like it is.

DYKSTRA: Y’know, I lived in Washington for 12 years and the Post was my hometown newspaper and it had a reputation for being very provincial about the Federal government. If you were an environment reporter, you didn’t cover the environment, you covered the EPA. But recently, the Post, under new ownership and new editors, is treating the world like it’s even bigger and rounder than the Capitol Beltway. A new energy and environment page on the website, and a strong, expanded team reporting globally on energy and environment. Even if newspapers are in decline, other news organizations still take their cues from big guys like the Post and the New York Times, and maybe the biggest cue of all came a couple of years ago, when the Post elevated a veteran environment writer, Juliet Eilperin, to the prestigious White House beat, suggesting that covering the environment isn’t a dead-end punishment for up-and-coming journalists.

CURWOOD: Well, some of us seem to enjoy that dead-end punishment, like you and me. And, you know, I've always thought climate was the biggest story – still is. Hey, what do you have from the history file this week?

DYKSTRA: Steve, 20 years ago this week, gray wolves were re-introduced to Yellowstone National Park in what has been described ever since as a classic success story of restoring an ecosystem. In some places, hunters and ranchers don’t like wolves because they can prey on game animals or livestock. But you know what animal likes wolves?

DYKSTRA: Beavers. In a place like the protected ecosystem of Yellowstone, wildlife experts say it works like this: wolves are a key predator to elk. No wolves in Yellowstone, the elk thrive, and when they thrive, they eat a lot of waterside vegetation including young willow and cottonwood trees. Beavers also like willow and cottonwood, but the elk outcompete the beavers. Add wolves back into the mix, there are fewer elk, so what do they do with all that surplus vegetation?

CURWOOD: They leave it to beavers.

DYKSTRA: Exactly. So 20 years later, wolves are thriving, elk are in balance, and beavers have come back too. Outside of Yellowstone, where there’s a thriving human population and a commercial stake in elk hunting, wolves aren’t widely popular. The state of Idaho just wrapped up a population control hunt in which nineteen wolves were shot from helicopters, and the legislature just approved $400,000 to do it again in 2016.

CURWOOD: Gee, Peter, after all that hope, thanks for leaving us on a low note. Peter Dykstra is with Environmental Health News – that’s EHN.org – and the Daily Climate.org. Thanks so much, talk to you soon.

DYKSTRA: All right, Steve, thanks, we’ll talk to you soon.

CURWOOD: And there’s more on these stories at our website, LOE dot org.

Idaho lawmakers get and spend money to kill and save wolves