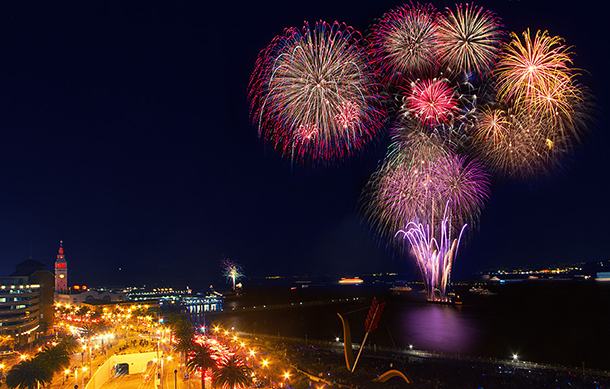 Many people around the world ring in the New Year with fireworks celebrations surrounded by family and friends. In Mary’s vivid imagination, she is the guest of honor at an exclusive dance soirée. (Photo: Christopher Chan; Flickr CC BY-NC-ND 2.0)

Jay O’Callahan sat down with host Steve Curwood and shared some tales about his family and how an imaginative young girl creates her own special celebration as the guest of honor at a very exclusive party.

CURWOOD: [LAUGHS] Jay O'Callahan, storyteller, is with us this holiday special, and you have a story about Mary. Now, as I understand it, she's an imaginative, really highly creative girl, and she uses that creativity to make sense of the world that grown-ups present to her.

O'CALLAHAN: Yes, Steve, and these stories were made up when my daughter was seven and eight and nine. If my son was asleep she would get Mary stories. If she was asleep, my son would get Willie stories. And I think that the stories try to reflect my daughter's own playfulness and imagination and making sense of the world when you're seven and eight and nine. Whenever there was an event like New Year's Eve or some special holiday, she would want to a Mary story about that, and that's how the story came along.

CURWOOD: Well, since New Year's Eve is coming, Jay, tell us how Mary figured out how to ring in the new year.

O'CALLAHAN: Mary was eight years old. She lived in New York City. She loved the color red. Her uncle and aunt would give her red belts, red socks, a red hat. Her mother designed dresses. Her Mother would show Mary a design, and she'd say, "I know. There's not enough red. Is that right?" and she would say, "Yes." Mary was the only one on the bus who hoped the bus would have to stop for a red light.

Her mother said a few days before New Year's, "Mary, why don't you stay up until midnight, to toast the new year in with your father and I."
"Oh no. I'm going to a party."
"You are?"
"Yes, I'm the guest of honor."
Nothing more was said.

New Year's Eve, Mary dressed up in her red dress, black bow, black belt. She had supper with her parents. It was almost 9 o'clock, and her mother said, "Only three more hours."
"Oh no, I have to go. Good night."
Kissed her parents goodbye, ran down the hall, opened a door, stepped into her room, put on the light and the guests said, "Welcome, Mary!"
Mary went right to her table, and she turned the clock the ahead almost three hours so it looked like two minutes to midnight. Then she looked at at the guests, 60 guests, all made of toothpicks in little clay bases. 30 of the guests had black crêpe paper. They were the men dancers. 30 of the guests had red crêpe paper. They were the women dancers. 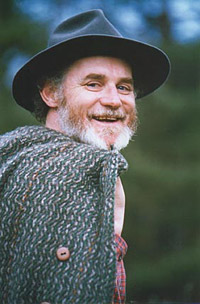 Then she got the fan, turned it on, and the fan rotated back and forth so the dancers leaned back [SHHH, SHHH] and sprang forward [SHHH, SHHH] and back on the table. She put the needle on the old-fashioned record her grandmother had given her with the New Year's music. [SINGS MELODY OF AULD LANG SYNE.]
"Hurry, Mary," the guests said, "Hurry, Mary!"
She ran over to the corner where she had a dollhouse and she had a tiny glass with just one drop of cherry soda. She lifted the glass and she said, "Happy New Year!"
"You're the best, Mary!"
"Oh, no..."
"Yes, you're the best."
"I suppose..."
The real New Year's came, and her parents came down to check on Mary. They opened the door. The light was on. Mary was sound asleep in the bed with her red dress. The fan was going on, and the dancers [SHHH-SHHH] going back and forth. And the needle was on the end of the record going [TICK, TICK]. Her father took the needle off, shut the victrola off, and her mother covered Mary. The two of them toasted their daughter, then they left to turn the light out, but they left the fan on so the dancers could dance New Year in [SHHH-SHHH].

CURWOOD: Well, Mary has a great world, doesn't she?

O'CALLAHAN: [LAUGHS] She does. Imagination can do anything.

CURWOOD: So, she understands what's important about the New Year, and then I guess a few weeks later she is challenged by another tradition. This time, it's the Super Bowl.

CURWOOD: We'll be back in a few moments with more about Mary from storyteller Jay O'Callahan. Stay tuned to Living on Earth.