Keystone XL and the Price of Oil

Senate proponents of the Keystone XL pipeline expect to try again to force the President’s hand regarding the controversial project when Republicans take over the Senate next year. But in conversation with host Steve Curwood, energy investment strategist Joseph Stanislaw says uncertainties about the pipeline’s economic feasibility, and its climate and other environmental impacts make its future uncertain.

CURWOOD: From the Jennifer and Ted Stanley Studios in Boston and PRI, this is Living on Earth. I’m Steve Curwood. The Keystone XL pipeline has now been ‘in the pipeline’ for six years, and though Democrats in the Senate recently blocked a Congressional move to force the hand of President Obama, it may still get the green light.

Republicans say they’ll try again after they take control of both sides of Congress in January. For the Canadian producers of the highly polluting tar sands oil, speed is essential, as the world price of oil has dropped sharply, squeezing profitability and scaring investors. Keystone XL’s fast path to the Gulf coast refineries would get tar sands oil to market cheaper and make increased production more attractive. For insight, we turn to energy investment strategist Joe Stanislaw. Joe, welcome back to Living on Earth.

STANISLAW: Thank you for having me, Steve.

CURWOOD: Considering the prospects for the price of oil, how crucial is Keystone to making it economically viable to use tar sands oil?

STANISLAW: Does it make a difference right now in the short-term? Probably not a whole lot at all. [LAUGHS] Let's be realistic. So far, that oil has not been moving through those pipelines. It's been going east and west through other already existing pipelines. Now, there are other pipelines being built in Canada, one going east, one going west, to the tune of about 2 million barrels a day of oil equivalent flow. So that oil is going to be produced, it's going to be moved. That's a fact. When it is actually produced and moved, there's an issue of pricing and timing, but it's going to happen over the next five or 10 years. If it is delayed 20 years, if there are enough objections to it on the environmental front, they may pull back on that. But with the current situation and potential alternative routes for exporting, in the next five or ten years, it'll happen. 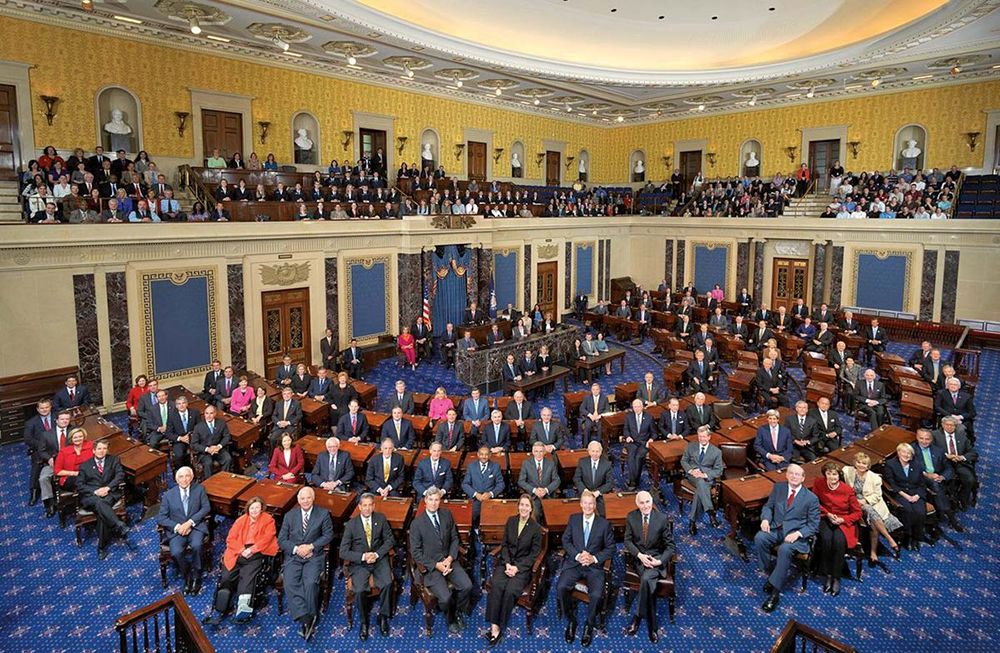 The Democratic-led US Senate defeated XL Pipeline measure, 59-41, on the night of December 14th, but the new Republican majority is expected to try again next year. (Photo: US Congress)

CURWOOD: Now, Joe, I know you're familiar with the argument of this put forth by some that to protect the climate two-thirds at least of present oil and carbon-based fuel reserves need to stay in the ground. How do you reconcile additional infrastructure like Keystone against those kind of concerns?

STANISLAW: In the short-term, we're not going to get off the stuff as they say, and oil will move. There will be that transition period taking place, and it'll begin to slow everything in the mid-20s probably, but equally I think more and more people will recognize that it used to be the fear of peak oil supply. That's now something that's been discredited. The real issue is, people can find new ways not to use the stuff. People will be using it much more efficiently, alternative sources will be found. Peak oil demand is really...should be the factor people are looking at.

CURWOOD: Joe Stanislaw, you're saying that really only in another decade, are we going to be looking for more and more oil. How much sense does it make to install large infrastructure like a Keystone XL pipeline if it's really going to be around for say, a decade or so?

STANISLAW: There will still be a lot of oil being used after a decade from now. These pipelines will last a lot longer without question, but if you can make a good return in 10 years, you're feeling pretty comfortable.

CURWOOD: To what extent do you see a Keystone XL as, well, frankly more of a political lightning rod than something that the oil industry absolutely has to have to operate effectively?

STANISLAW: I would say it is a very political issue, and to use some words that you used before, it's almost a lightning rod. It captures all those features from an environmental point of view that ignites everyone's passions, concerns. It's oil that's moving across national boundaries, it's oil that has a potentially higher environmental footprint and CO2 footprint than other oils, and also it focuses attention on something that does have a very large long-term potential because it is the largest oil resource base in the world, and that maybe now’s the time to try to stop it in its tracks, if one can, to stop it from realizing its long-term potential. So that focuses attention.

CURWOOD: Well, and, of course, this expansion, you talk about economic costs eventually coming down, but the environmental costs for these sources seem to be going up. You go to sensitive areas like tar sands, you go into deep, deep, in the Gulf of Mexico and we saw what happened there, the risks in the Arctic people are very concerned about, and there's a lot of head scratching about what would happen in Brazil if that deep, deep, deep drilling ever took place. 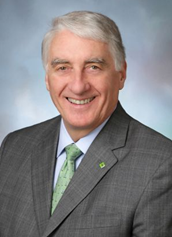 Joseph Stanislaw is a financial adviser on international markets and politics. He is also the co-founder and former president of Cambridge Energy Research Associates, an energy research consultancy that was acquired in 2004 by IHS Energy. (Photo: Courtesy of Joseph Stanislaw)

CURWOOD: How long can the oil industry afford to wait on the moving forward with Keystone XL. It's been, what, six years? In other words, how hard are they going to push for action when the new Republican dominated Congress arrives in January to force President Obama's hands to approve this thing?

STANISLAW: The longer it takes to realize investments that you start, the less likely you're going to have any reasonable return on investment, and each additional month at this point, and every six months, you're impacting the economic potential of this project. So Keystone's been going on for a few years, it's been going on for a long, long time. When does the company give up? I just don't know the answer to that.

CURWOOD: Joe Stanislaw is an expert on energy and technology investment strategy and the founder of the JA Stanislaw group. Joe, thank you for taking the time to speak with me today.

STANISLAW: Steve, it's been a pleasure. Thank you very much for the challenge.

LOE’s past coverage of the Keystone XL project

Joe Stanislaw’s commentary about energy’s role in the Crimean conflict, our story