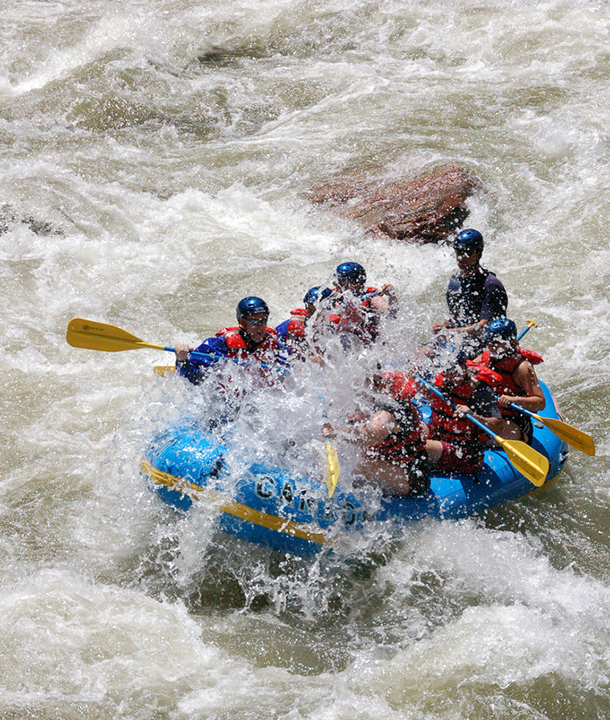 CURWOOD: And now we turn to our guide to the world beyond the headlines – Peter Dykstra. He’s also the publisher of DailyClimate.org and Environmental Health News, that’s ehn.org. He joins us now on the line from Conyers, Georgia. Hi there, Peter, what stories did you find today?

DYKSTRA: Hi, Steve, let’s start north of the border this week. Canada’s taken a lot of heat in recent years for the perception that it’s turned a deaf ear to environmental concerns, but their latest harsh critic is a little bit surprising.

CURWOOD: Yeah, the Canadian Government’s done an about face with climate change, what with pulling out of Kyoto. They’ve made deep cuts in scientific research and quite a bit more, but who’s their latest critic?

DYKSTRA: The Canadian Government’s latest critic would be the Canadian Government, Steve. There’s a scathing report from the Commissioner of the Environment and Sustainable Development – she doesn’t run the Environment Ministry, but serves as a watchdog – and she says that Canada’s well on its way to failing to meet its promises for fighting climate change, reducing emissions, protecting the melting Arctic, and for monitoring at its controversial tar sands projects.

CURWOOD: And earlier in the show, we reported that some corporations are pulling out of the tar sands, but an internal government spanking, too? This scathing report, does it have any teeth, or can the Canadian Prime Minister Stephen Harper just brush it off?

DYKSTRA: The Environment Ministry is required to respond to the scathing report. And the Commissioner who wrote said scathing report answers to Parliament, not the Prime Minister. The contents of the report might make for some debating points, but not necessarily big changes. 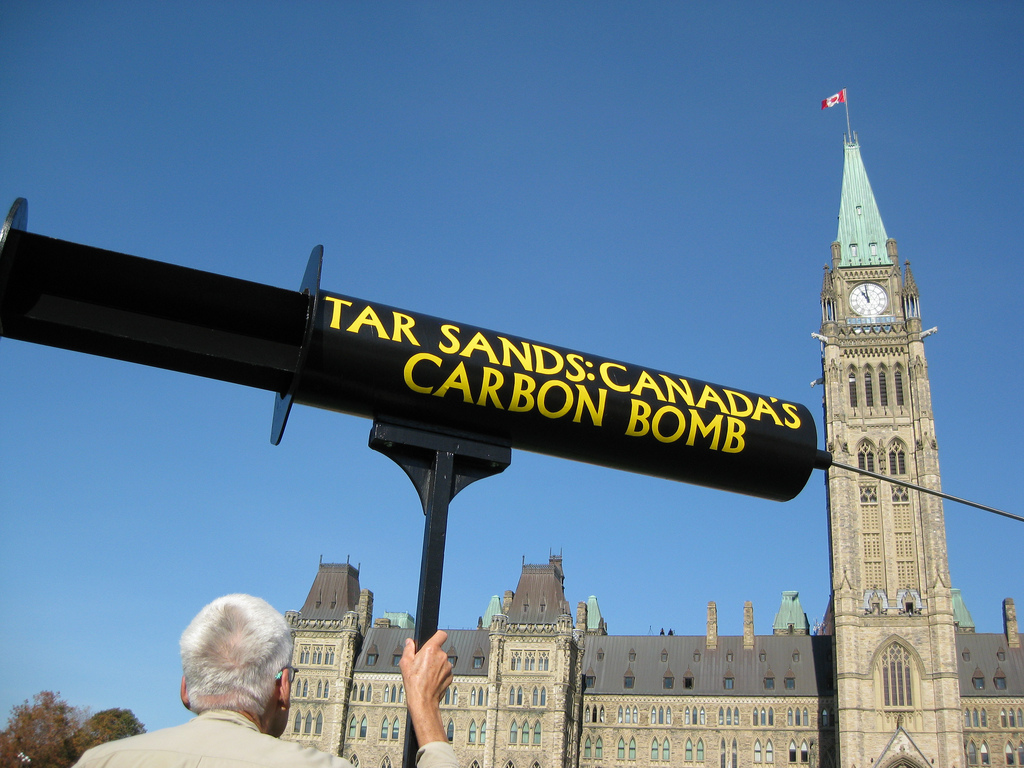 CURWOOD: Hmm. So, what else do you have for us this week?

DYKSTRA: We have a tale of two economic analyses. Like most of the West, the snowpack and rainfall in Colorado has been a little funky for the past few years, and water’s a big deal for the state’s economy, including everyone from ranchers to rafters. Agriculture wants to take water out of the rivers; tourism wants to leave it in. And the state’s new water plan took the first step of putting an actual price tag on Colorado’s river economy, so at least they know how much money they’re fighting over, and that amount is $9 billion dollars.

CURWOOD: Hey, you’re talking literally about a lot of cash-flow.

DYKSTRA: Right, but not nearly as much as in the Chesapeake Bay. A report from the Chesapeake Bay Foundation estimates that the proposed massive cleanup plan for the Bay will cost about $5 to $6 billion dollars a year, but the cleanup could yield as much as $129 billion a year in benefits like storm protection, increased seafood production, tourism and cleaner water.

CURWOOD: That’s certainly a familiar environmental theme – if you spend money wisely, you get a big payback. Time now for us to check out the environmental calendar. What did you bring us from the history calendar this week?

DYKSTRA: Happy 75th birthday to the nylon stocking. In the early 20th century, the DuPont Company, one of the nation’s oldest makers of gunpowder, diversified into the chemical giant we know today and some of their biggest labs focused on developing synthetic fabrics. They called their big breakthrough, back in 1935, “Fabric 66” and immediately set out to deploy this secret weapon to replace silk stockings. At first they called it “Klis” – which is silk spelled backwards – then they hit upon the notion that these new stockings didn’t run as often as silk stockings, so they called the fabric “No-Run.” And that got corrupted into the word “Nylon,” and in October 1939, they rolled out their nylon stockings in every department store in DuPont’s Wilmington Delaware hometown, where eager ladies lined up around the block to buy them.

CURWOOD: Hey, Peter. You do remember that this is an environment show, and I appreciate your enthusiasm about nylon and DuPont getting a leg up, but where are we going with this? 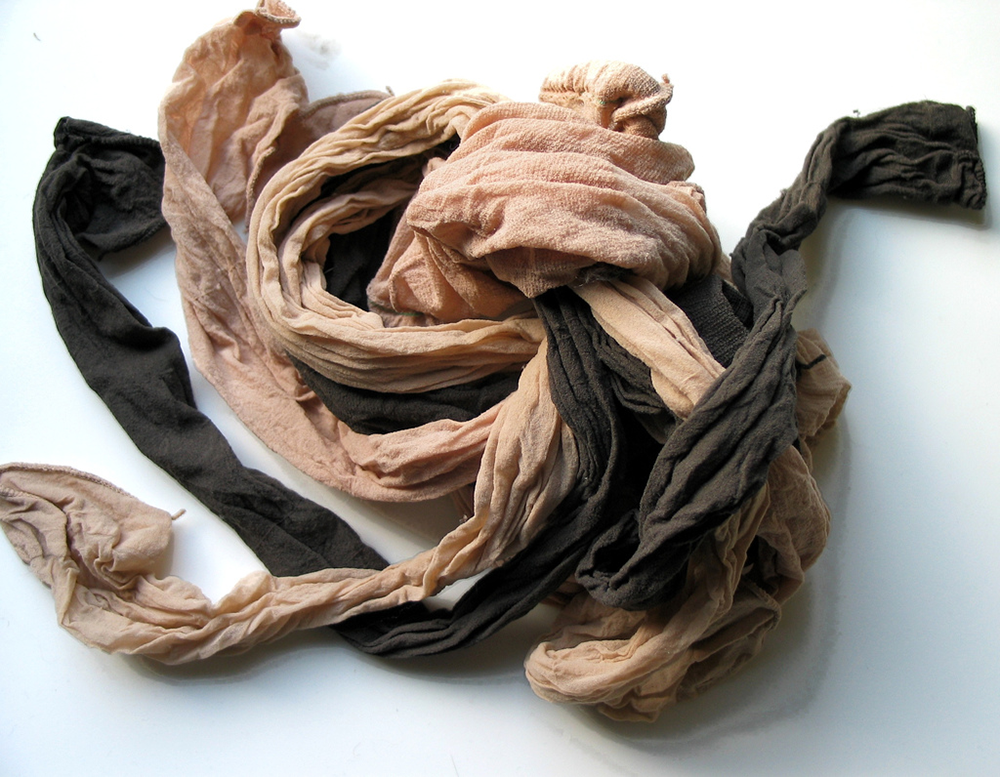 Nylon stockings are now common in women’s clothing. (Photo: How can I recycle this; Flickr CC BY 2.0)

DYKSTRA: Well, the world didn’t just go ape over nylon stockings, this was a high-water-mark in our embrace of manufacturing and chemistry toward a better way of life. When nylons showed up at the New York World’s Fair the next spring in 1940 and then they launched nationwide, they sold four million pairs of nylon stockings in four days, and it was on. DuPont called it “Better Living Through Chemistry.” Their rivals at Monsanto reminded us that, “Without Chemicals, Life Itself Would be Impossible.” And of course these things made life a lot better, or at least a lot easier - to grow more food, clean the house, kill mosquitoes and much, much more.

CURWOOD: But at a big environmental price.

DYKSTRA: Absolutely—a big price to rivers and air and soil, wildlife, and to our own bodies through pollution. But the notion of green chemistry is now beginning to be embraced even by companies like Dow and DuPont and Monsanto, using talents in the lab to do good without doing harm, and it brings hope that it will really bring better and cleaner living through chemistry.

CURWOOD: Hey, Peter, we’re out of time; so I guess I got to run.

CURWOOD: Peter Dykstra is the publisher of Environmental Health News, that’s EHN dot org and Daily Climate dot org. Thanks so much Peter, we’ll talk to you again soon!

DYKSTRA: All right, Steve; thanks a lot. We’ll talk to you soon.

The history of nylons and DuPont’s green chemistry