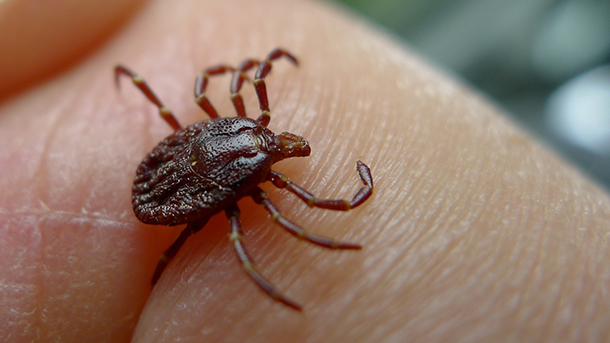 Lyme disease is spread by tick bites and, thanks to climate change, the disease’s geographic range is projected to increase over the coming decades. (Photo: John Tann; Flickr CC-BY-2.0)

In this week’s trip beyond the headlines, Peter Dykstra tells host Steve Curwood about the shrinking of the western snowpack, the spreading of Lyme disease, and the building of a dam despite the presence of a tiny, endangered fish.

CURWOOD: We turn now from climate week events to stories beyond the headlines with Peter Dykstra. He’s the publisher of Environmental Health News, that’s ehn dot org as well as Daily Climate dot org. He’s on the line now from Conyers, Georgia. So Peter, what did you find for us today?

DYKSTRA: Well, hi Steve. I’ve come armed with a story from the Western U.S. and another one from the Eastern U.S., but I can’t promise you that either story is terribly cheerful.

DYKSTRA: Well if it’s any consolation, the bad news comes in the form of really good journalism. The first, National Geographic Magazine this month has a stunning portrayal of how much worse the western drought could get, and it all boils down to snowpack. In a series of images and graphics, writer Michelle Nijhuis and photographer Peter Essick look at the key to western drought, and that, of course, is the snowpack.

CURWOOD: And I take it the trend for snowpack isn’t good, huh?

The California Aqueduct shuttles water from the north, where snowmelt is abundant, to the farms and metropolitan areas of the south. But climate change and the shrinking Sierra snowpack leaves the southern region in a condition of severe drought. (Photo: John Loo; Flickr CC-BY-2.0)

DYKSTRA: Well, the only question left is whether western snowfall is in a major slump, or if it’s declining for good. We’ve turned dry, even desert land into farms and cities like Phoenix, L.A., San Diego, and Las Vegas. We’ve literally built the Western U.S. and much of our food supply on the assumption that melting snow would forever give water to the region, but now, all bets may be off.

CURWOOD: Well, that’s depressing. And you said you had some gloom from the Eastern U.S., as well.

DYKSTRA: I do: Lyme disease, that source of discomfort and fatigue for millions of Americans, appears to be spreading, and climate change is a likely suspect.This week as part of our new “Climate At Your Doorstep” project, reporter Marianne Lavelle looked at the projections for how Lyme disease may spread over the next several decades to cover much of North America.

CURWOOD: And we’re talking about an illness spread by ticks that, in our lifetimes, Peter, was once confined to parts of Connecticut and Long Island.

DYKSTRA: Right, but by the year 2080, researchers project that Lyme disease hotspots might range in warming winters from Omaha to Ontario to Orlando.

DYKSTRA: Well, I guess there are worse things to be full of.

CURWOOD: Okay, well, bring us something now from the environmental history vault, please.

DYKSTRA: Well, it’s a little bit of a departure from the climate theme we’ve had for this show, but thirty-five years ago this week, President Jimmy Carter dealt one of the first assaults on the U.S. Endangered Species Act by giving in a little. There’s a tiny fish called the snail darter, known to exist only in one stretch of the Little Tennessee River, and it was blocking the completion of a massive dam. This little fish became a poster child, or maybe a poster fish, for both supporters and opponents of the Endangered Species Act.

CURWOOD: And President Carter felt he was stuck between a fish and a hard place. 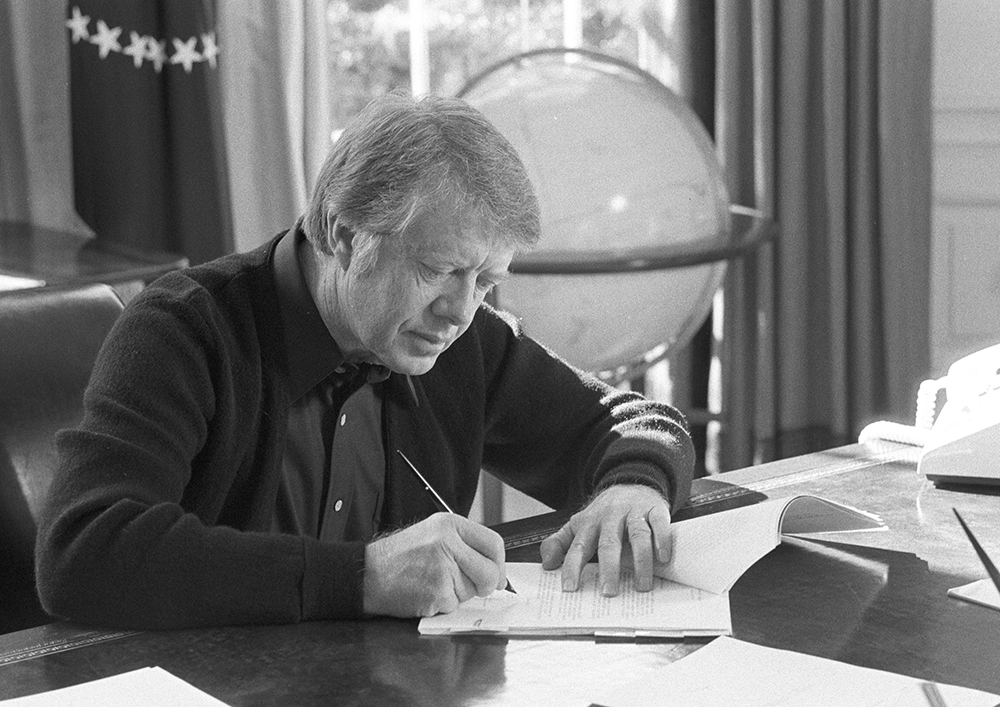 DYKSTRA: Right, so he signed a bill exempting the Tellico Dam project from the Endangered Species Act, which upset environmentalists who saw it as a hole being poked in their legal dam to protect species.

CURWOOD: But as I recall, the dam got built, and the snail darter is still with us, right?

DYKSTRA: Correct on both counts. The Tellico Dam was almost complete when Jimmy Carter ended the controversy back in 1979. What happened was some snail darters were relocated from the Little Tennessee River to another river, and then they found other snail darter populations elsewhere. But there have been countless endangered species poster animals since then, from the Spotted Owl to the Desert Tortoise.

CURWOOD: So, is that good news that the snail darter still exists, or is it bad news, that even President Carter didn’t protect the fish or defend the law?

DYKSTRA: Well, it’s probably a little of both. We still have the Endangered Species Act, and it’s being both assaulted and protected today.

CURWOOD: Peter Dykstra is the publisher of Environmental Health News – that’s EHN.org and DailyClimate.org. Thanks so much for taking the time today, Peter.


Writer Michelle Nijhuis and photographer Peter Essick collaborate to depict a snowpack dwindling in the West.

Read the “Climate At Your Doorstep”, projecting the spread of Lyme disease

Erection of the Tellico Dam threatens the snail darter, a small endangered fish.