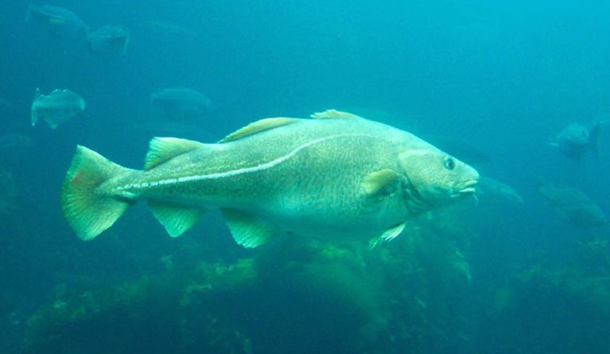 An Atlantic codfish, which has been overfished and in danger since the late 20th century. (Photo: saipal; Flickr CC BY 2.0)

In this week’s trip beyond the headlines, Peter Dykstra tells host Steve Curwood about the surprising results of a poll in West Virginia, two former coal towns trying to reinvent themselves and the story of the cod war.

CURWOOD: Time to visit the world beyond the headlines now. Our guide to those sometimes-overlooked stories in the news is Peter Dykstra, publisher of DailyClimate.org and Environmental Health News, that’s EHN.org. He’s on the line from Conyers, Georgia. Hey, Peter, what’s up today?

DYKSTRA: Well, Steve, let’s start by shaking up a little political conventional wisdom. When you think of West Virginia politics, you think all coal, all the time. But a poll last week by the Charleston Daily Mail asked West Virginians what would turn their heads and change their minds in the voting booth. “The future of coal” finished in fourth place.

CURWOOD: Fourth? What were their top three concerns then?

DYKSTRA: Well, the top three may well be the top three in a lot of places around the country. Unemployment and jobs was number one; healthcare finished second as a voting priority in West Virginia; and the Federal Budget finished third.

CURWOOD: But wait, Peter, you could easily argue that jobs and unemployment is also about coal when you talk about West Virginia.

DYKSTRA: Good point. But it’s still an interesting stat., and here are a few more. I was digging through the data in other recent polling – all of this is from The West Virginia Poll, which is put out by a company called Repass –I found a few more things that make West Virginia unique. President Obama has an unusually huge disapproval rating, 63%, that's more than twice any local official got in West Virginia, and West Virginians showed up on both sides of the fence on a crucial environmental issue. They scored way over the national average when asked if environmental regulation goes too far, but they also have stronger-than-average feelings about big companies having too much power.

CURWOOD: Huh. So there’s a little rugged individualism in West Virginia? Or are we talking about cognitive dissonance here?

DYKSTRA: Maybe a bit of both, but let's get back to coal and the election. With tight races for West Virginia’s house seats and one of its two Senate seats this year, whatever you think of the War on Coal, the candidates are using coal in their war on each other. But let’s move to a different coal story from a different state.

CURWOOD: Yes, please. Anything to move us farther away from war.

DYKSTRA: Well, here’s a story that’s not about war, but redemption and salvation. When a lot of coal barons, politicians and environmentalists jaw at each other over coal, one fact we shouldn’t forget about this huge political train wreck is that coal communities are tied to the tracks and they don't often see a way out of a dying economy. But this week, an Associated Press reporter named Travis Loller wrote a great story about two such coal towns in East Tennessee, Briceville and Lake City. Both have ambitious plans to cheat death by reinventing themselves: Briceville’s taking the academic route, with a foundation doling out over a quarter of a million dollars in college scholarships, most of it going to families where no one’s ever gone beyond high school.

CURWOOD: OK, so that’s the game plan for Briceville, what about Lake City? 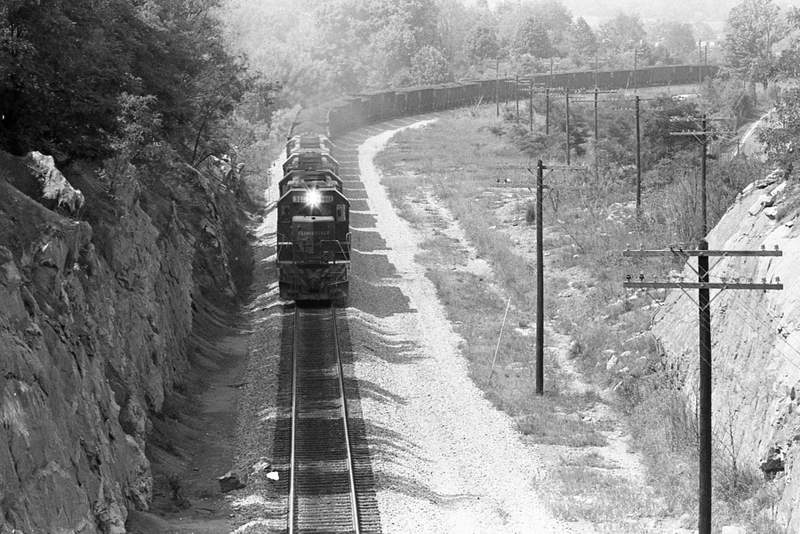 Many descendents of Tennessee coal-miners are out of work and searching for better education. Thacker’s Coal Creek Watershed Foundation has helped to fund college education for three dozen Briceville, Tennessee students. (Photo: Hunter Desportes; CC BY 2.0)

DYKSTRA: Well for starters, Lake City never actually had a lake, so they changed their name to Rocky Top, Tennessee and went all showbiz. They’ve got a theme park, water park, a music venue, and an old-fashioned paddleboat on the drawing board. Of course, they have to build a lake so they actually have a lake to float the paddleboat on.

CURWOOD: Wait a second. Rocky Top is kind of a sacred name in Tennessee. It’s the fight song for the University of Tennessee sports teams, huh?

DYKSTRA: Yes, it is, and that’s why the town of Rocky Top is getting sued by the song’s publishing company. But good luck to both Briceville and Rocky Top in digging out of a coal conundrum down in East Tennessee.

CURWOOD: Yeah, good luck indeed. Hey, Peter, why don't you take us out with a bit of environmental history?

DYKSTRA: It would be my pleasure, but I’m afraid we’re going back to a war story. Fifty-six years ago this week, 20 years of off-and-on hostility began between Britain and Iceland in what became known as the Cod War. It wasn’t out-and-out combat, mind you, but it got a little nasty. And it was all over the codfish. In 1958, Iceland was angered by British fishermen hauling up cod in what was traditionally Icelandic territory along the coast. Iceland imposed a 12-mile limit around its waters. The Icelandic Coast Guard tried to seize a British trawler, but then they were driven off by the British Royal Navy.

CURWOOD: Well why not. I mean, what’s a pub without fish and chips?

DYKSTRA: Well, Iceland managed to defend its coastal fishery, but the Cod Wars flared up well into the 1970’s. There were several ramming incidents: a few shots were fired across the bows of a fishing boats; a few nets were slashed. And then finally in the ’70s, the Secretary General of NATO put both nations’ fleets in a time-out and brokered a deal largely favorable to Iceland’s wish to protect its codfish.

CURWOOD: But all is not well in the Atlantic now though, is it?

DYKSTRA: No, it isn't. Fishermen on both sides of the Atlantic are hurting. On this side of the pond, U.S. and Canadian fishermen have seen years of decline in the cod catch, and over on the other side, when you order the iconic fish and chips, it probably doesn’t have an iconic codfish in it at all any more.

CURWOOD: Things do change, Peter. Peter Dykstra is the Publisher of Environmental Health News, that's EHN.org and DailyClimate.org. Thanks so much for taking the time, Peter.

DYKSTRA: Alright, Steve; thanks a lot. Talk to you soon.

The tale of the North Atlantic Cod Wars

More on the decline of Atlantic cod and its sluggish recovery