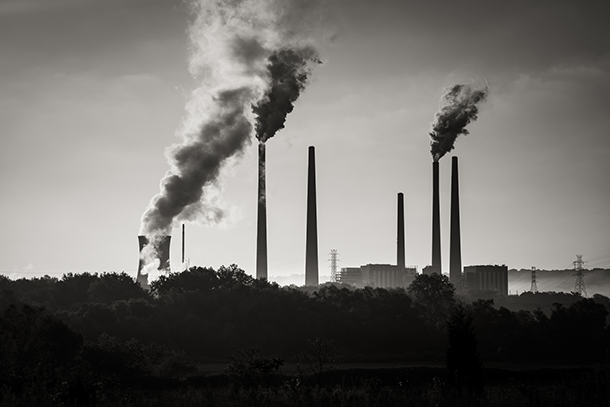 The EPA’s new power plant rules have been the Obama administration’s most ambitious climate control effort to date. (Photo: Robert Donovan; CC BY 2.0)

With the Paris climate summit just a year away, the Obama administration is crafting the US plan for action. Alden Meyer of the Union of Concerned Scientists tells host Steve Curwood that the US could use the climate treaty from 1993 to tighten its ambitions to control greenhouse gas emissions without congressional approval.

CURWOOD: Well, both China and the U.S. have their eyes on Paris, the host city for a two-week climate summit in 2015 that is expected to produce a worldwide agreement for further cuts in global warming gases. The U.S. is still bound by the UN umbrella climate treaty that the United States Senate ratified back in 1993, and the Obama Administration is apparently poised to invoke that treaty as its authority to act in these upcoming negotiations. And that means that the U.S. could sign on to tighter limits without congressional action, says Alden Meyer, Director of Strategy and Policy for the Union of Concerned Scientists, and he joins me now on the line from Copenhagen. Welcome back to Living on Earth.

MEYER: Thanks, Steve, great to be with you.

CURWOOD: So if the United States wants a strong positive outcome for the Climate Summit in Paris in 2015, it needs to have a plan now. What kind of plan do you think the White House has? 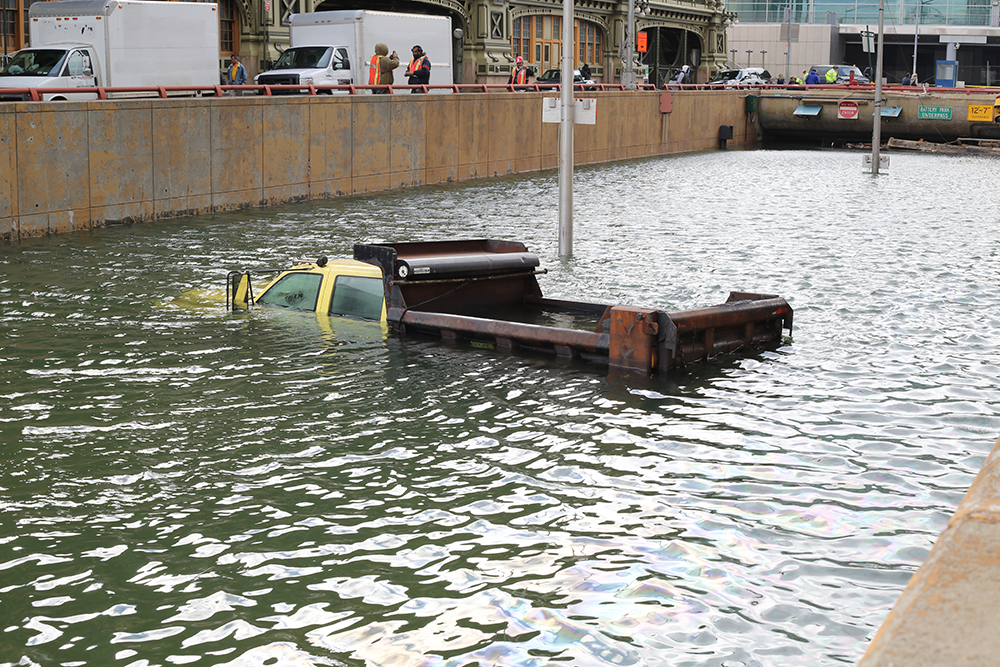 Hurricane Sandy in 2012 brought the reality of climate change home in the United States, but many around the world aren’t impressed with the United States’ actions on climate to date. (Photo: Timothy Krause; Flickr CC BY 2.0)

MEYER: Well my understanding is that they are working on a proposal that they will put forward early in 2015 to the rest of the world saying what we can do after 2020. The agreement that’s being envisioned for Paris in December 2015 would involve all the major countries of the world including not just the U.S. and other industrialized countries, but China, India, Brazil and other emerging economies, but it would only be for an agreement that would take effect in 2020 and commit countries to shoot to reduce their emissions by 2025 or 2030.

CURWOOD: How deep a reduction is the White House thinking about making?

MEYER: Well that’s a big question, and the fact is we don’t know. They’re saying very little, understandably, about the specifics of what they’re considering; clearly it would have to be deeper reductions than the current target that’s on the table of 17% by 2020, if it was going to get the credibility internationally with their negotiating partners. 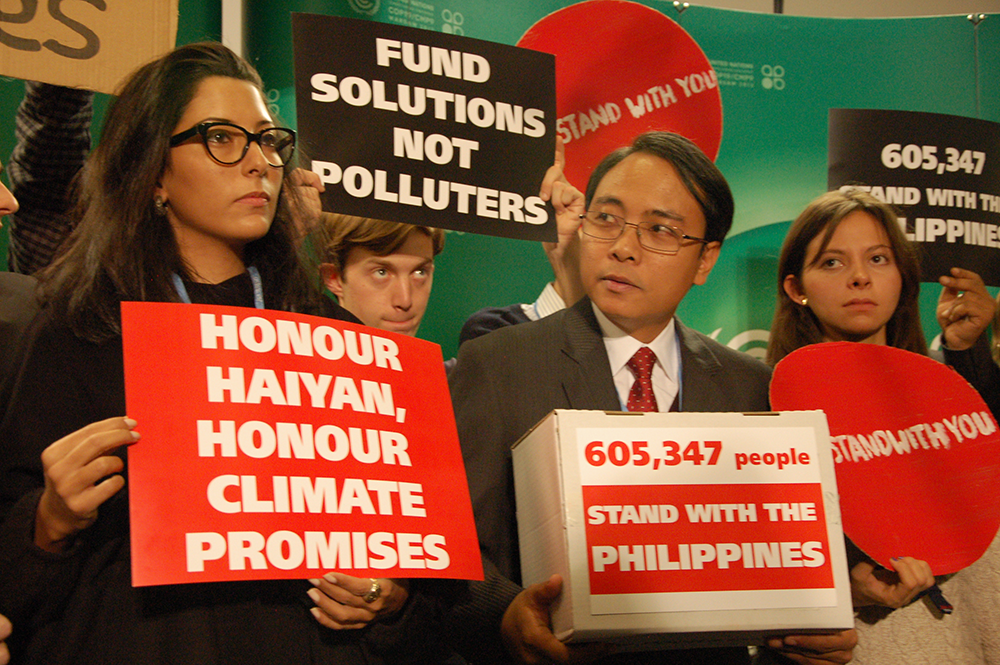 Typhoon Haiyan was a major topic at the 2013 climate negotiations in Warsaw (Photo: 350.org)

CURWOOD: Now how much of this can President Obama do on his own, without looking for 67 votes in the U.S. Senate to ratify some new treaty?

MEYER: Well it depends on how the agreement is structured. If it’s an agreement under the existing Framework Treaty that was negotiated by the first President Bush in 1992 and ratified by the Senate, then it would just be seen as implementing that current agreement. Of course, that agreement because it was purely voluntary, didn’t have kind of kind of any compliance measures or consequences for non-performance as the Kyoto Protocol did, so that would be a shortcoming in a COP decision – a Conference of the Parties decision - but the advantage of course is that you would not be relying on the ability of this president to the next president to come up with 67 votes in the Senate and of course it's very difficult to envision 67 votes in the Senate for just about anything regarding an international treaty these days, much less something as controversial, at least within Republican circles, as climate change. 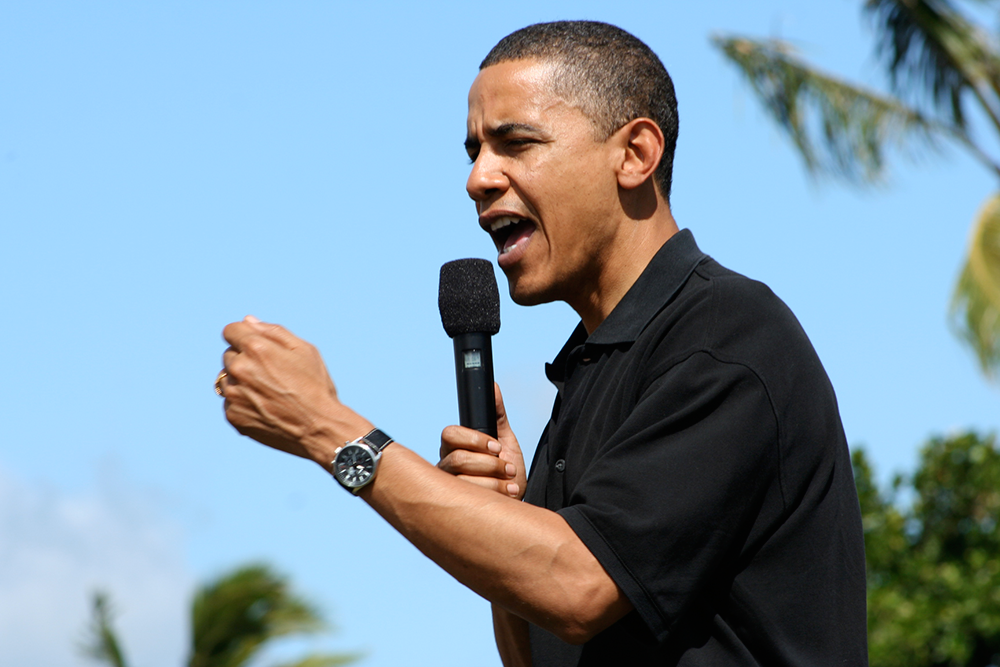 CURWOOD: Now how are other countries responding to this approach that the U.S. would come with - it sounds like a souped-up voluntary commitment to reduce emissions?

MEYER: Ahh – they’re not very happy about it to be honest with you. There’s been a lot of gnashing of teeth from some of the developing countries, from the Europeans, including just recently, the European Climate Commissioner, Connie Hedegaard, saying that we need something that is more binding than that. But on the other hand, they all recognize the dilemma that the president faces, and they remember well the outcome of the Kyoto process, where the Clinton-Gore administration negotiated an agreement and then didn’t have a strategy to get it though the Senate. And they don’t want to repeat that experience where the U.S. is left on the sidelines, so I think there’s a lot of discussion underway about ways you might structure something for the US to come in later or for the U.S. to have some sort of enhanced reporting requirement or something else that could give this more teeth, but at the end of the day, the reality is as we found out with Kyoto, where Canada pulled out of the agreement with basically no penalty or consequences, the compliance is really at the domestic level, it’s really at the national level, where you have the ability to hold the feet to the fire of polluters and compel them to do something on their emissions. So what’s really more important is -- does the rest of the world believe that the next president will be as committed as President Obama has been on the climate issue and is there any prospect that within the timeframe of this new agreement, 2020 to 2025 or 2030, that you can envision a future Congress coming in and doing something like an economy-wide cap on carbon or a price on carbon as was tried in the first term of the president. 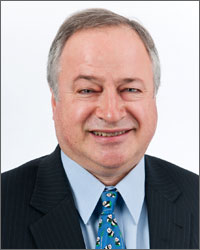 CURWOOD: So the White House is keeping close to its vest the actual numbers that it thinks it will put in in terms of reductions, what kind of numbers do you think they should have?

MEYER: Well clearly if you look at what we need to do to get the world as a whole on track to staying below the temperature limits that the president and other world leaders committed to in Copenhagen 5 years ago, which is a commitment to stay below an increase in temperatures of about 2 degrees Celsius, or about 3 and a half degrees Fahrenheit, the US would have to do a lot more than its currently doing and it would have to be joined by all the other major emitting countries in the world, reductions much greater than the 17% that are now on the table, and eventually by midcentury as the recent Intergovernmental Panel on Climate Change Report shows, we need to have deep reductions globally and be moving towards the decarbonization of the global economy if we're going to have the best chance of avoiding the really catastrophic impacts of climate change, so the question is how much can you do it the next 5 years beyond 2020 – you know we think they ought to get quite a bit further down the path; somewhere in the range of 30-35% reduction.

CURWOOD: Alden Meyer is the Director of Strategy and Policy for the Union of Concerned Scientists. Thanks so much for taking the time today.

MEYER: Thanks, Steve. Good to be with you.