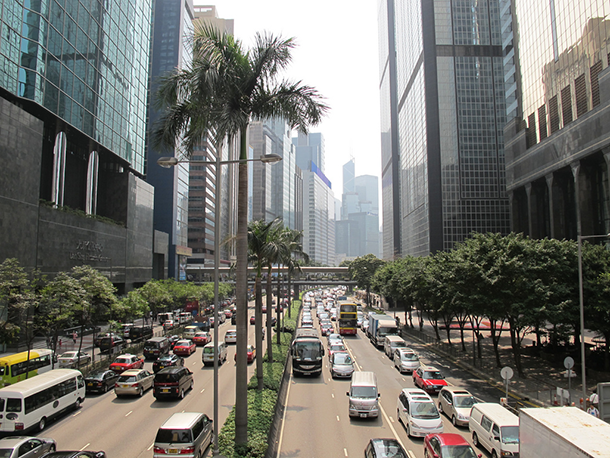 Much of China’s carbon emissions is related to buildings, cars and other sources of energy consumption. China’s pilot programs in its regions and its proposed national program can help to reduce this. (Photo: Shinsuke JJ Ikegame; Flickr CC BY 2.0)

CURWOOD: From the Jennifer and Ted Stanley Studios in Boston and PRI, this is Living on Earth. I’m Steve Curwood. In a couple of weeks, the UN will hold a high-profile, one-day climate summit among world leaders in New York. And while the U.S. is a necessary leader in tackling climate change, China, responsible for nearly 30% of global greenhouse gases, is the largest emitter and a key actor. And China seems to be facing the challenge. Recently a key senior official announced that the country will introduce a national carbon trading scheme in 2016, building on pilot projects it’s already running. This will help China reach its goal of cutting what’s called the “carbon intensity”, the amount of carbon emitted for each unit of GDP, nearly in half by 2020. Well, to help explain what exactly all this means, we’re joined by Barbara Finamore, Asia Director of the Natural Resources Defense Council. Welcome to Living on Earth.

FINAMORE: Thank you very much. Glad to be here.

CURWOOD: So China has been running pilot carbon trading schemes in some provinces. How do these work, and how well do they work? 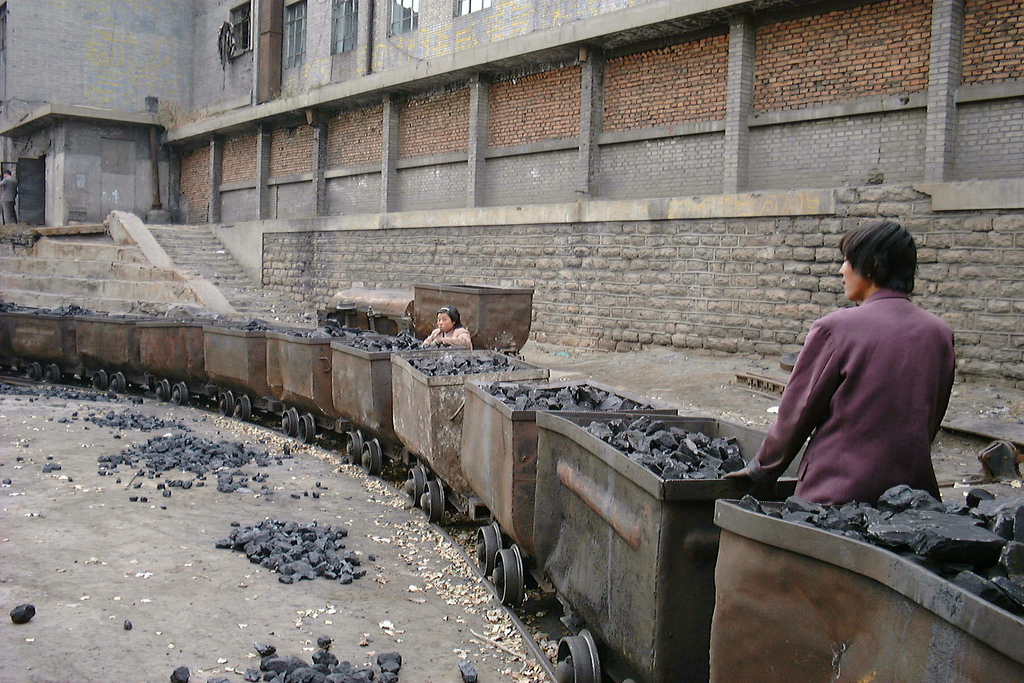 China is currently responsible for 30% of the world’s carbon emissions from human activities. Much of this global warming gas emission is from coal consumption. (Photo: LHOON; Flickr CC BY-SA 2.0)

FINAMORE: Well, China has begun pilot projects of carbon trading in seven regions: that's mostly province-wide, but a couple of large municipalities. So they cover about 700 million tons of carbon emissions per year, but each one of these seven pilot systems is being run in a different way. And so, that's part of the testing phase, to see what works best, and of course the situation in each one of these provinces is different too. China varies tremendously in terms of the level of economic development and also the types of carbon emissions, amount of heavy industry and so forth.

CURWOOD: Give me an example please of how one of these pilot training schemes is working?

FINAMORE: Well, the smallest one is in Shenzhen, which is one of the first free-trade zones in China. So, they are the only one of these regional pilots to include large buildings, which is rather useful because actually buildings are one of the fastest-growing sources of carbon emissions in China because of the amount of electricity that they use, and 80% of China's electricity comes from coal. So that's one innovative feature of Shenzhen. Another is that they're going to allow trading in foreign currencies because they're looking ahead at some point in the future, when these pilot trading programs are indeed a national trading program for carbon in China, might become international, and they might be able to trade with other countries as well. 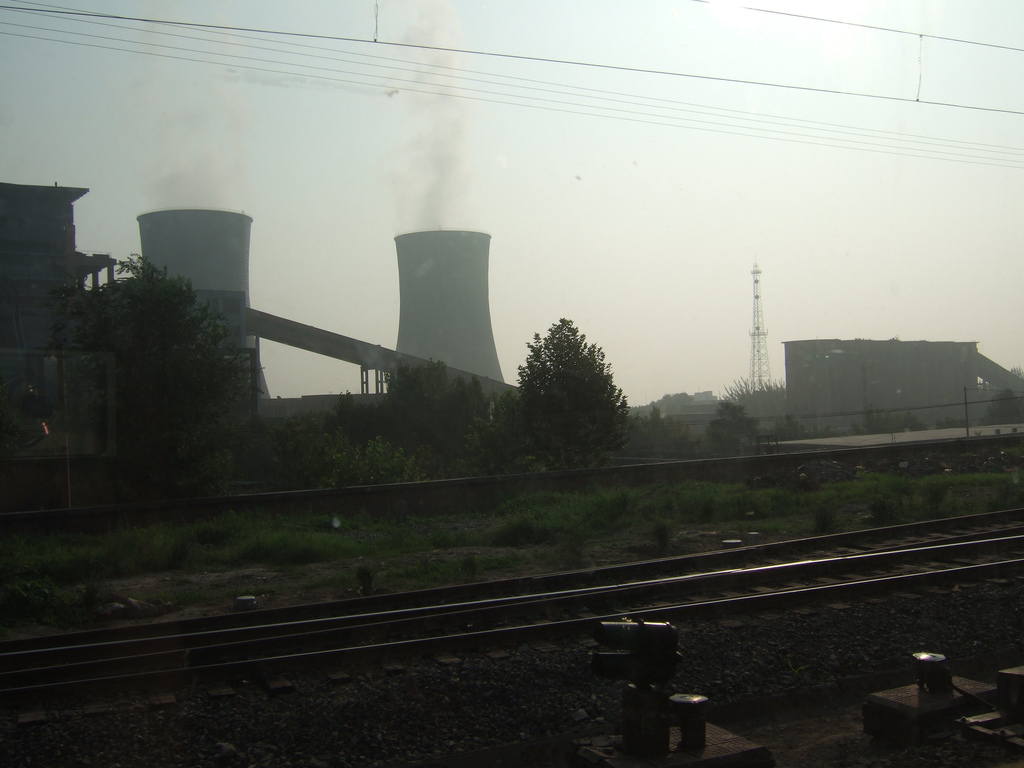 CURWOOD: What reduction in carbon intensity is China saying that this new carbon trading scheme will shoot for?

FINAMORE: Well, we don't know, because we don't even know what carbon emission reduction has already been achieved by the seven pilot projects. There's a problem with data transparency; so we don't know what the targets were and how much progress they've been making towards achieving them.

CURWOOD: Now with this carbon market kicking in in 2016, I would imagine this will be the biggest in the world. How do you think this will work really -- just a national thing for China, or will it be a focus for Asian or even world carbon trading? 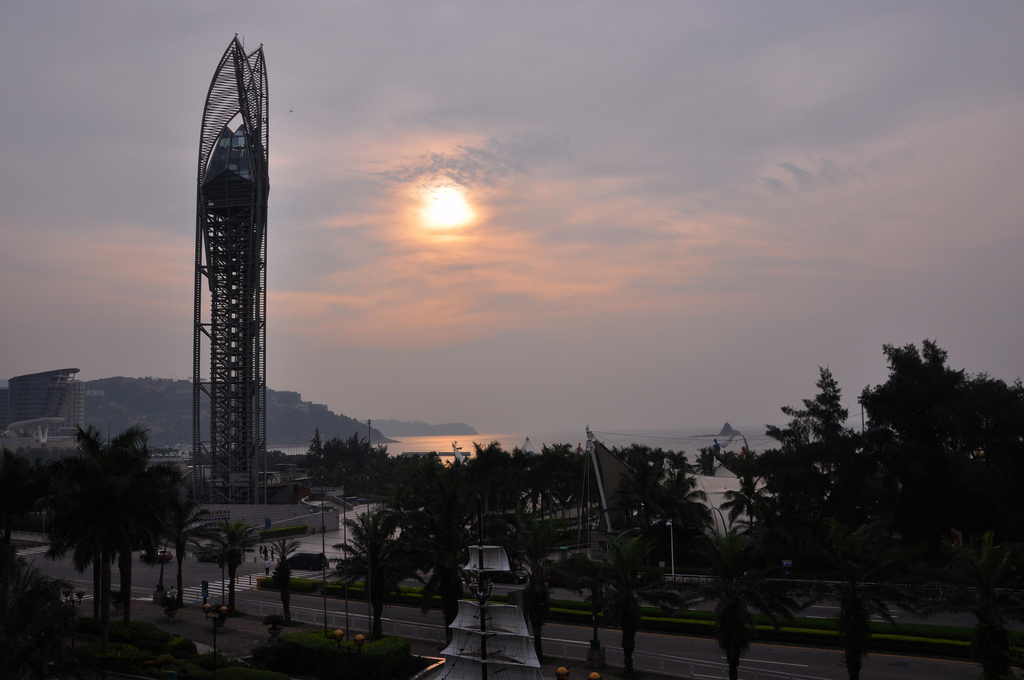 Air pollution in China due to smog has contributed to health problems. (Photo: Martin Nikolaj; Flickr CC BY 2.0)

FINAMORE: You're right. Once it comes into operation, this carbon trading program will dwarf any other in the world, and there's talk about whether or not at some point in the future these national programs for carbon trading might be linked and allow trading among countries. And there's some, you know, advantages to that because the whole point of trading is to allow companies that have to meet a certain reduction limit to buy permits from another company or country that can reduce them at a cheaper price, and that could result in financial flows, and it could result in a system of overall greater economic efficiency.

CURWOOD: Is this move now something that takes China out ahead of the rest of the world, trying to the curb greenhouse gases? Or are we just looking at an explanation of how it's going to achieve its stated goals? 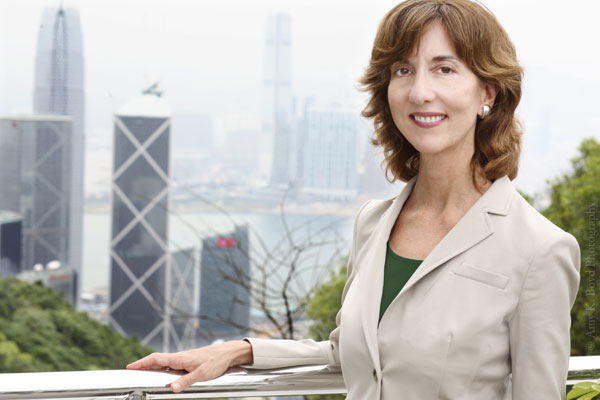 FINAMORE: Well, the International Energy Agency has calculated that if China meets its voluntary commitment to reduce its carbon intensity by 40 to 45% by 2020, it will have made its contribution to the global effort to reduce global warming.

CURWOOD: To what extent you think it's real versus posturing or looking for international approval?

FINAMORE: I think to a large extent it's real. Although it will help China meet one of its goals, which is to increase its international image on climate issues since it is now the largest emitter of greenhouse gas, but China has its own reasons for reducing its carbon emissions and one is the very strong level of vulnerability that China itself has to climate change. Its second national assessment report on climate change in 2012 and it said, they foresee an extremely grim impacts of climate change including increasingly severe water shortages throughout the country, in a country that's already one of the most water stressed in the world, major reductions in grain output and very heavy vulnerability of their long coastline to sea level rise, which would increase its vulnerability to typhoons and to flooding, and also impact the heavy industry that is located along that coastline. So its own levels of climate vulnerability are helping to drive this forward. And besides, China has other reasons for pursuing a transition to a cleaner energy system and one of them is the choking levels of air pollution that is increasingly plaguing the country. 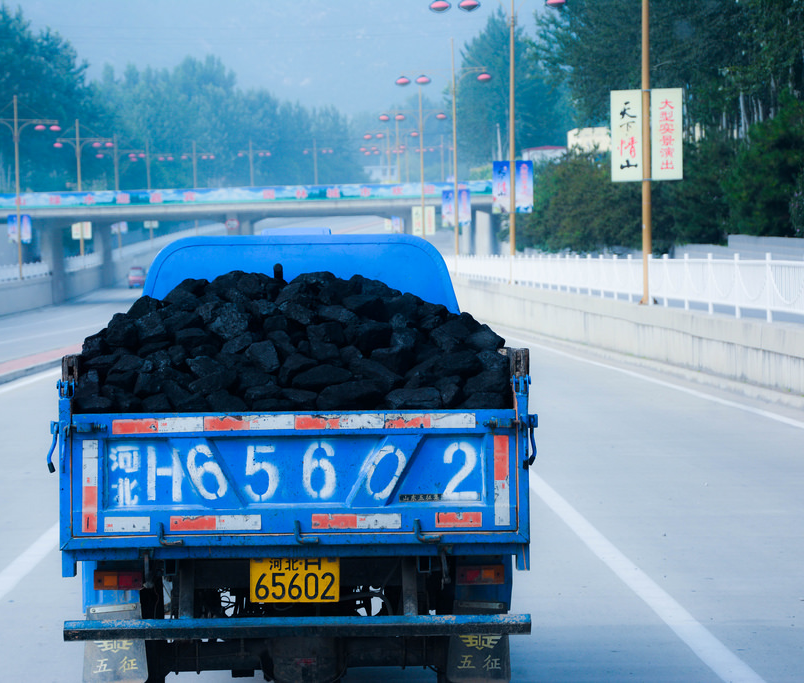 FINAMORE: China burns more coal than the rest of the world combined, so that's right. And so China does see the need to transition to a cleaner energy society and one of the reasons that they are moving to renewable energy at a very rapid pace, is for energy security reasons because they have huge potential in wind and solar, and in fact it is now the largest investor in the world in renewable energy. It has the largest capacity in wind power in the world right now, and the largest manufacturer of solar panels. And it's increasingly deploying that solar energy domestically rather than just for export.

CURWOOD: How do the Chinese plans compare to what the United States at this point is saying it's willing to do?

FINAMORE: Well, that's a good question because the U.S. Environmental Protection Agency under President Obama announced a proposed rule earlier this summer that is the most ambitious effort in the United States to date to reduce its carbon emissions. Now this is still a proposed rule, but it is showing U.S. leadership on this issue as well. And I think in the international arena when the negotiations come up, the level of ambition that the United States is demonstrating is going to help it show leadership to other countries, and the same for China. So I think these are very positive developments in both countries.

CURWOOD: Barbara Finamore is Asia Director of the Natural Resources Defense Council. Thanks a lot.

More about China’s national carbon market, it’s pilot markets and how it might operate with Asia and Pacific markets