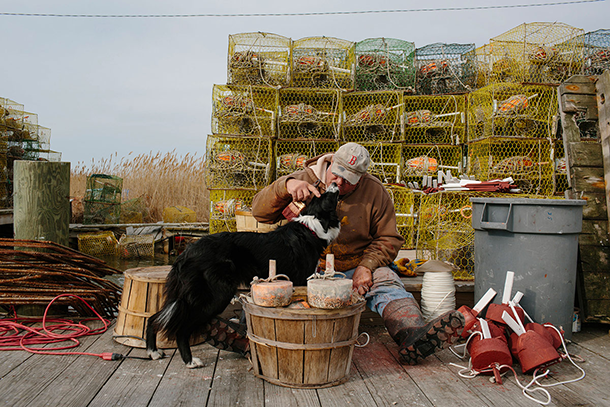 As the water rises around Tangier Island in Virginia’s Chesapeake Bay, both the land and the local dialect are disappearing. Kate Kilpatrick, a writer for Al Jazeera America, describes the unique island and its language in conversation with host Steve Curwood.

CURWOOD: It's Living on Earth. I'm Steve Curwood. With their vulnerability to rising seas, low-lying small island nations in the South Pacific are considered ground zero for global warming. But an island in America is also under an immediate threat as well. Little known Tangier Island in Chesapeake Bay, a dozen miles off the coast of Virginia, is home to people with a unique way of speaking. Kate Kilpatrick, a writer with Al Jazeera, America has written about the island which may soon be underwater as well. Welcome to Living on Earth, Kate.

CURWOOD: So first tell us a bit about Tangier Island. What’s it like there? 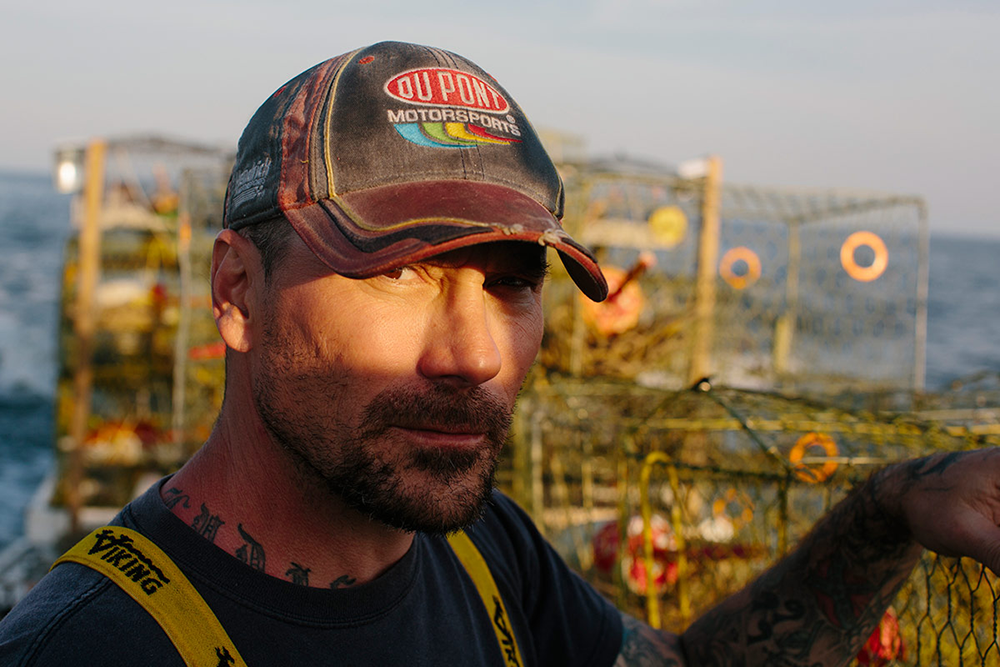 Richard Laird is one of the watermen of Tangier, many of whom feel the crab sanctuary puts them at an unfair disadvantage. As the northernmost fishing community affected by the sanctuary and its rules, they argue they have less time to catch crabs. (Photo: Ian C. Bates)

KILPATRICK: Tangier Island—it’s a fairly isolated island. There's no bridge or tunnels to get there, so if you want to get to the island you have to take one of the daily ferries or the mailboat that delivers everybody’s mail. There’s no mall, no movie theaters; there’s no arcades. There's a couple of restaurants that are open during the busy season in summer, but when we were there at the end of March, there's just one restaurant open with really odd hours. What was really interesting for me reporting there, what was unusual, was how easy it was to talk to people and it’s actually the greatest place to report because it's so small. There's a road that just goes in a circle on the island. And I would literally just start walking down that road and pretty much bump into people that I needed to talk to, and if I needed to interview the mayor, I went to his door and knocked on his front door. He wasn't there, so I went to see where his boat was, whether he was at his crab shack or not. So it’s not like other places where you have to schedule meetings, you just kind of bump into people, and if you don’t find them, you ask their neighbor where they are, and they’ll tell you. 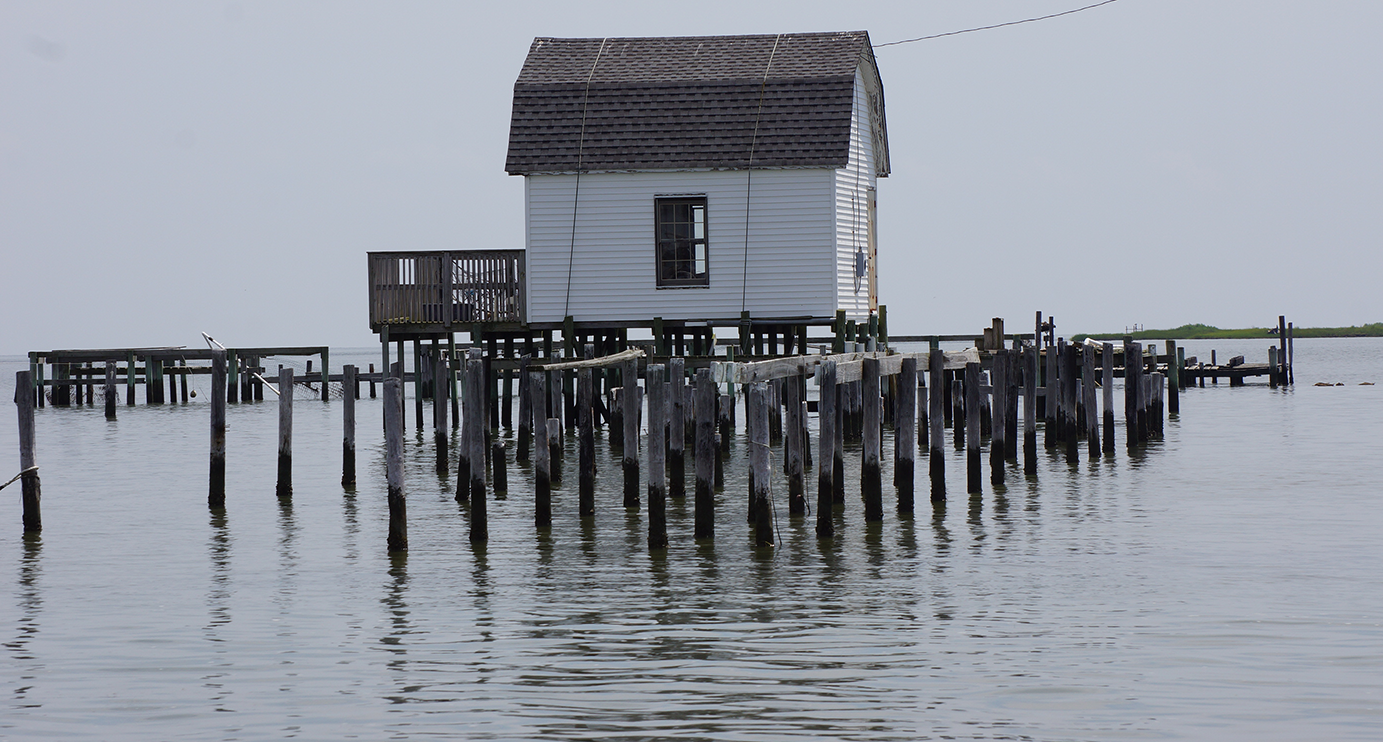 CURWOOD: Now, this island’s only a few miles off the coast of Virginia, but many of the people to speak her own dialect of English. What's it like?

KILPATRICK: They do, and that was part of the reason why I was interested in the story. I’d listened to some of the videos on YouTube, and it’s just, sort of, this strange accent that I hadn’t heard before, and a lot of people call it Elizabethan or Restoration era English accent. And it’s not really that. I mean, I’m not a linguist, but a lot of my research came from a book written by a local Tangierman, David Shores. And he basically says that it’s dialects that comes from the early settlers that came from the Cornwall era of southwest England, and because of the isolation of the island, a lot of that dialect has just stuck around. And so, while the younger generation—you know, everyone has satellite TV, everyone has iPads—so it’s beginning to become a little bit more like standard English among the younger people, but when you get to talking to some the older folks, especially the older watermen, you’ll really hear it. 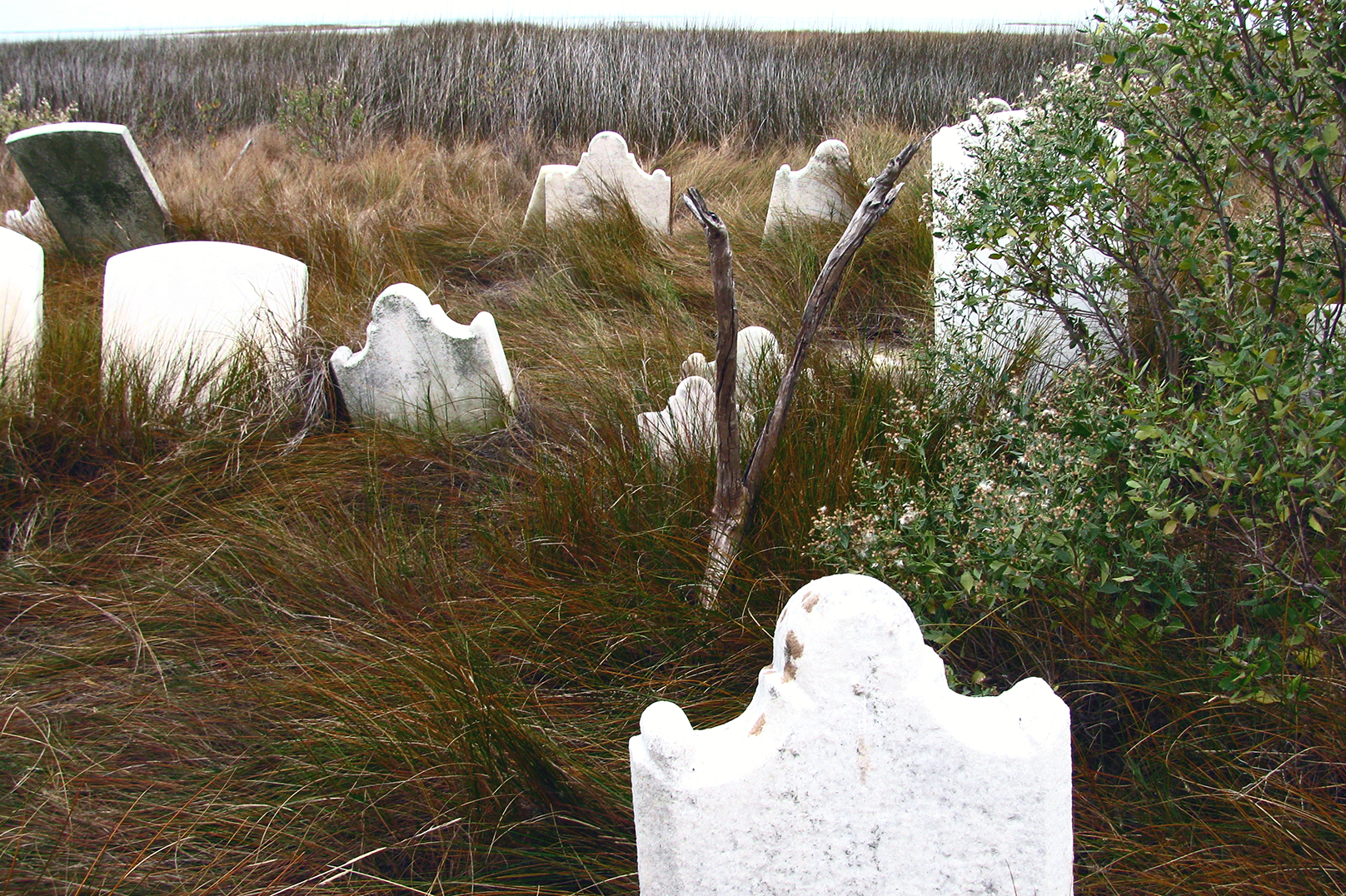 CURWOOD: You recorded some people talking for your story. Let’s listen to a clip you put together of the strange phenomenon islanders call “backwards talk.”

MAN: If I wanted to tell you that you had missed the opportune time to do something, I would not say that. I would say, ”Well, you’re too soon,” meaning you’re late.

WOMAN: Like when my boys will come in from being out, playing or whatever all day, I’ll tell them to go take their shower, and they’re like, “No, mom, we don’t need them.” I’ll say, “Wait, I bet you’re sweet,” which means smelly, not that they’re sweet. They’re smelly. 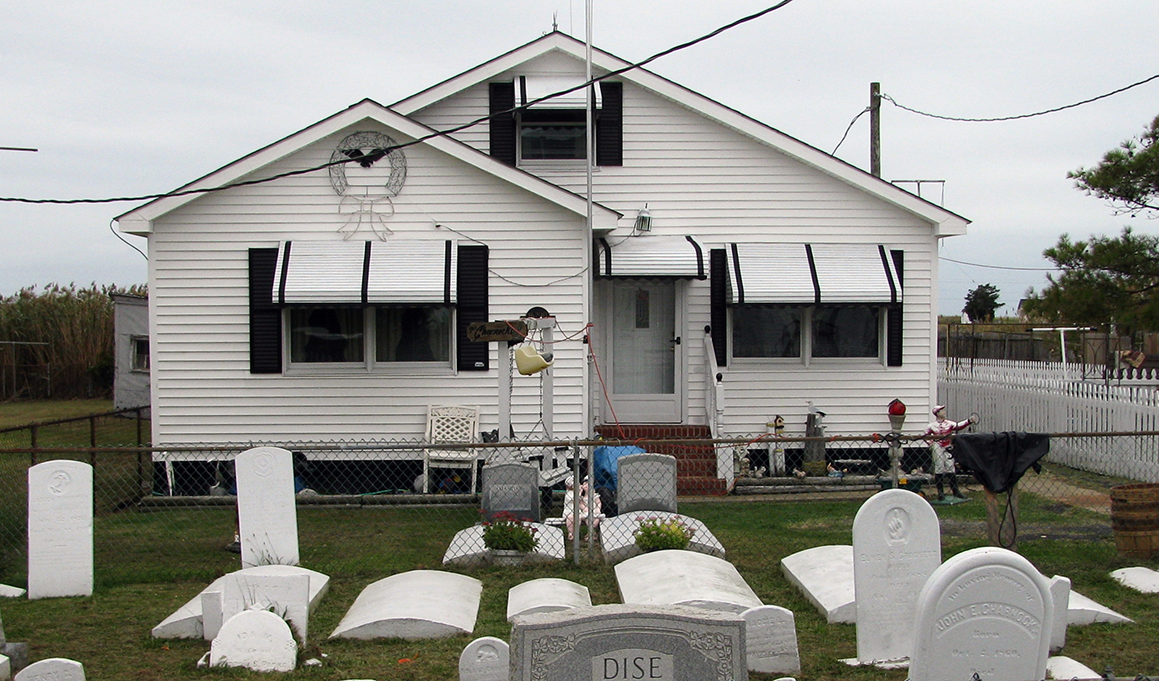 MAN: If, just for instance, a boat goes by or something, “Oh, she don’t go, she don’t get out—she don’t go very fast.” Stuff like that, but what we’re really saying how fast she goes.

MAN2: Nice looking lady comes down the street, and one guy will say to the other one, “Man, was that an ugly girl?” which means, she was a nice looking girl.

WOMAN: Just say, like our TV broke or something like that—an appliance broke and we had to get a new one. We’re just like, “Well, that’s going to be cheap,” which means it’s going to cost a lot of money. So it would be hard to catch on to everything if you tried to live here, you know. It’d take you a little while. 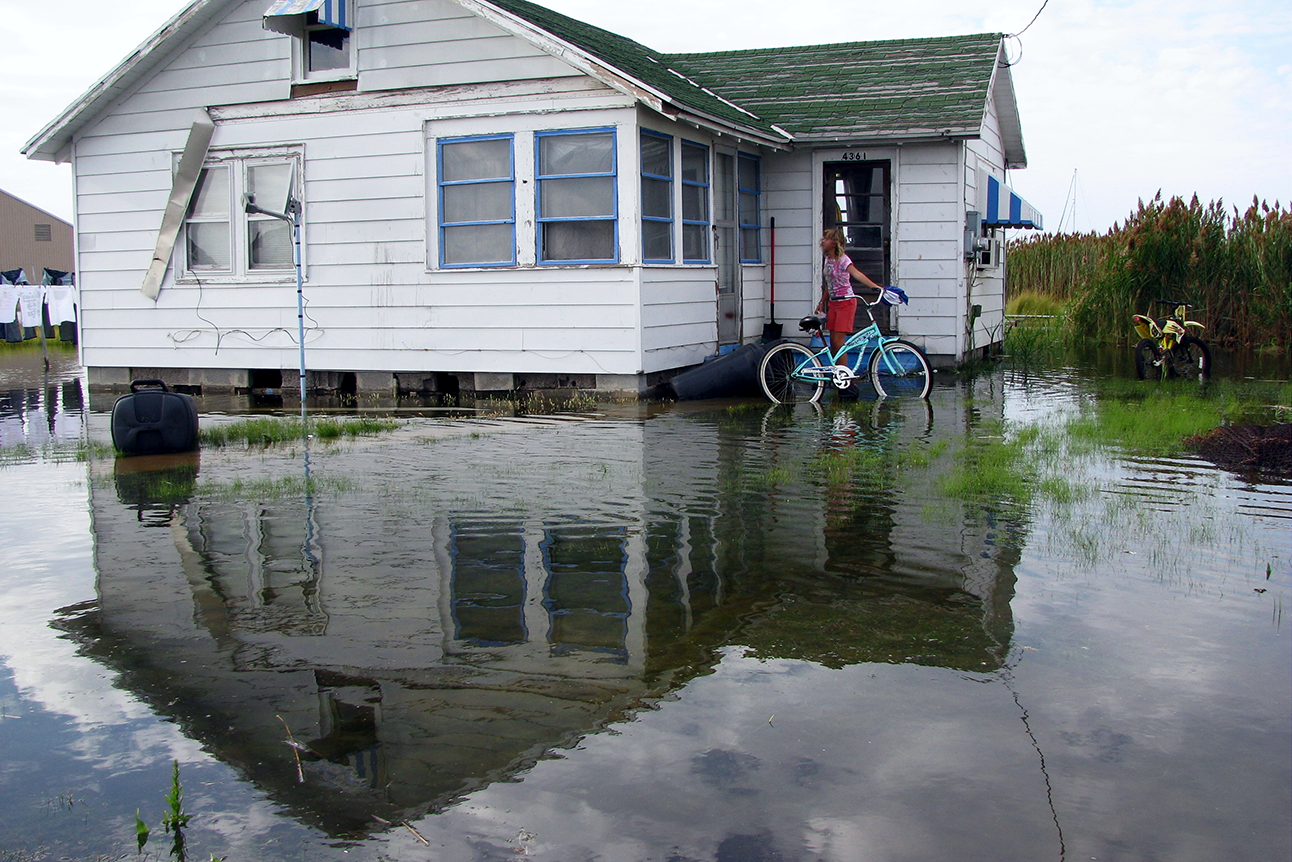 KILPATRICK: A lot of their backwards talk just seems like an extreme form of sarcasm, but then they have some other expressions like, “Got the mibs”. Got the mibs, means you’re smelly or you stink. Or if you’re thirsty, you’ll say, “as dry as Peckerd’s cow”, and Peckerd apparently was a farmer that used to live on Tangier many years ago.

CURWOOD: So when did folks come the southwest of England to Tangier Island?

KILPATRICK: Yeah, we’re talking early 1600s, so I think it was 1608, that is when Captain John Smith supposedly discovered Tangier. And then sort of the turn for the island was the War of 1812—the Royal Marines built Fort Albion, which is no longer there; it’s now completely underwater. But they were offering American slaves to come there and they would be free. And they enlisted them in the Royal Marines, and then a lot of them ended up relocating to British Colonies in the Caribbean. So a lot of residents on the island are really proud of that, that thousands of slaves took their first steps of freedom on Tangier Island. 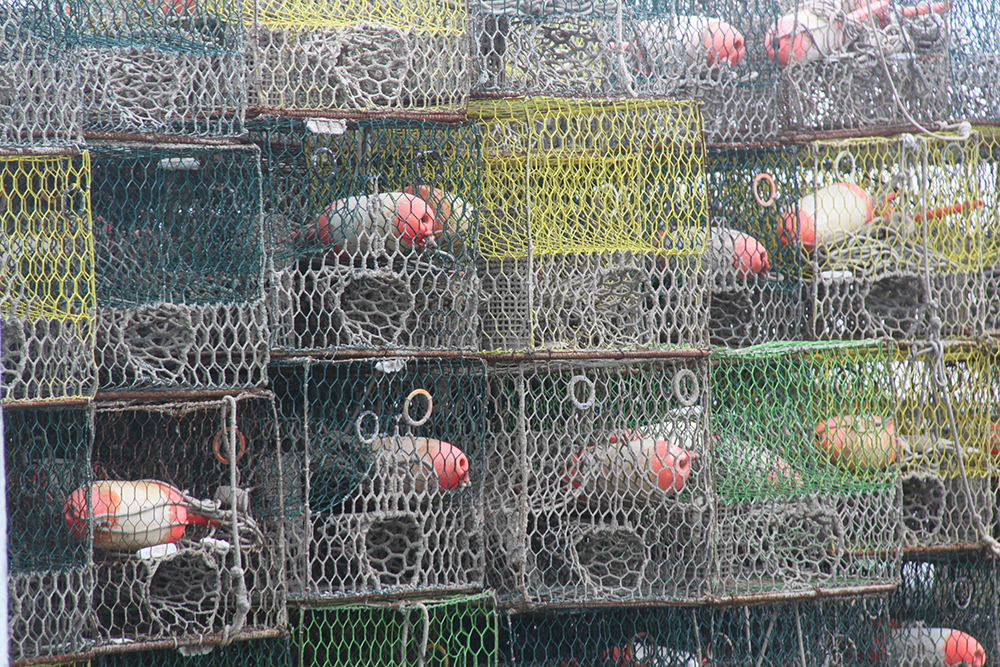 CURWOOD: So what’s the economy like on this island?

KILPATRICK: The economy’s rough. It’s especially rough for younger people, but basically the breadwinners of the family are the watermen, and they spend their days oystering in winter and crabbing in summer. They work six days a week; Sundays are off. But the population is shrinking. It's shrinking and it's aging. At Tangier’s height there was twelve hundred people on the island. By 2000, there was half that number—it dropped to six hundred—and now there’s right around 470 people on the island. So young people, there really aren't any sort of jobs or economic opportunities on the island. There isn’t a college on the island, so young people typically, either head to the mainland to go to college or to get jobs working on the tugboats.

CURWOOD: Let's take a listen now to a waterman, Gary Parks, talking about the population decline. 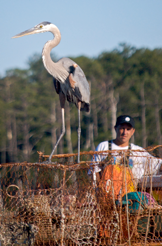 PARKS: When we grew up, that's all we wanted to be was a waterman. All our children are moving off to other careers ’cause there’s just no more future in the water business. On the mainland, they can get jobs, you know. They’re on the mainland; they can drive to their work. But here on Tangier, on the island, well, it’s all we’ve got, is the water. If you’re not a waterman, you can’t make it on Tangier.

CURWOOD: Now how is sea level rise affecting the island and the crabbing economy?

KILPATRICK: So, the sea level rise is really more affecting land on the island itself, and some people on the island actually dispute it. They say it’s not an issue of the sea level rising; it’s actually just the land sinking. And they’ll point to different markers that show that the water’s lower than it was in previous years. But the fact is, that even the highest parts of the island are only three, three and a half feet above water; so when there’s rain, you’ll see front yards are just a huge pool of water. And the water’s constantly coming up, even when there's not a storm.

CURWOOD: So, the island, I gather, is being eroded away slowly. What are the projections for erosion in the years to come?

KILPATRICK: Well, right now, the western side of the island is kind of getting bad, or the worst, and they're losing fifteen to sixteen feet a year. The uppers is sort of the area that's most threatened at the moment. It had been the center of the town, and then around the 1920s people started leaving that area because of the encroaching water, and just because the center of town was moving south, and so that area now is completely abandoned and uninhabited. And it's believed it'll be totally underwater by 2100. They're trying to get a seawall. In 2016 they’re going to finish building a seawall that'll protect the harbor which is where the mailboats and the ferries come in. But residents are worried that if the storm comes before that it could wipe them out before they even get the seawall.

When hurricane Sandy hit, it exhumed old graves on the island. Here’s the local news coverage