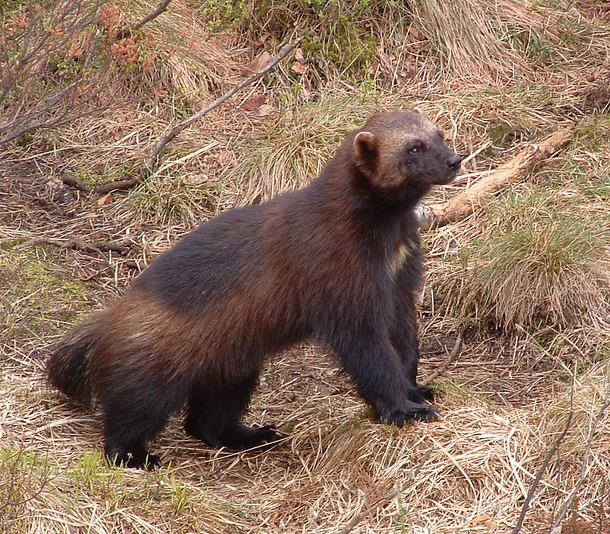 Wildlife Biologists at the U.S. Fish and Wildlife Service are recommending that the wolverines in the lower 48 states be classified as threatened, but their finding has been rejected by Regional USF&WS director Noreen Walsh. (Photo: Birgit Fostervold; Creative Commons Flickr 2.0)

In this week’s trip beyond the headlines, Peter Dykstra and host Steve Curwood discuss endangered species news for manatees and wolverines, a fight over water in Texas and some of the many things more likely to kill you than sharks.

CURWOOD: Off to Conyers, Georgia, now to check in with Peter Dykstra, the publisher of Daily Climate.org and Environmental Health News, that's EHN.org. So Peter, what are you finding beyond the headlines this time?

DYKSTRA: Well, hi, Steve. We've got some news about a famously gentle species, and a famously ferocious one. We’ll start with manatees—those big, flabby sea cows that could be found in lagoons in Florida may soon lose their status as an endangered species. Manatees were hammered by boat collisions, and pollution, and habitat loss throughout the twentieth century, but now the U.S. Fish and Wildlife Service says that it “may be warranted” to lift that endangered status as manatees recover. The government responded to a petition from a conservative group, called the Pacific Legal Foundation, but most Florida conservationists say that it’s way too soon to lose protections for manatees.

CURWOOD: And what’s the ferocious species you mentioned?

DYKSTRA: Wolverines. Government biologists recommended that the last three-hundred wolverines living in the lower forty-eight states need a listing as a threatened species, but their bosses at Fish and Wildlife Service said don’t go there. The wolverine population is believed to be growing slightly, but the scientists say that climate change could hamper the cold winters that wolverines thrive in.

CURWOOD: So it sounds like two potential setbacks for struggling species. What else do you have for us?

DYKSTRA: Well, we always hear that drought impacts farmers and wildlife, but how about the impacts on industry? The Texas Tribune just reported on a brewing water war on the drought-stricken Brazos River. Dow Chemical operates a chemical complex near the mouth of the river. It’s undergoing a multi-billion dollar expansion, and Dow actually has a legal claim to use a huge amount of water from the Brazos River. That pits the company against all of the farmers, ranchers, and the growing cities upstream along the 900-mile long river.

CURWOOD: And as Mark Twain supposedly put it, ‘whiskey’s for drinkin’ and water’s for fightin’ over’.

DYKSTRA: Exactly, and if the Texas drought persists, the fight is going to be sooner and uglier than we thought.

CURWOOD: Hey, what did you bring us from the environmental calendar this week?

DYKSTRA: It’s from ninety-eight years ago, this week. This was 60 years before the movie “Jaws” came out, a great white shark killed four people and maimed a fifth person along the Jersey shore. And that, of course, caused a frenzy, as you might expect, and really gave birth to the contemporary image of sharks as cold-blooded psycho killers.

CURWOOD: Well, they are mostly cold-blooded, but, hey, don’t humans kill far more sharks than they kill us?

DYKSTRA: They do. Sharks get us one at a time; they get us only a few times a year. Humans take sharks by the tens of millions each year. They take them by accident. They take them on purpose for shark fin soup, which is now very trendy with the growing middle class in China. But for all the Jaws-hype and Shark Week-hype, here are a few things that are more deadly to people than sharks are. The first one: vending machines. 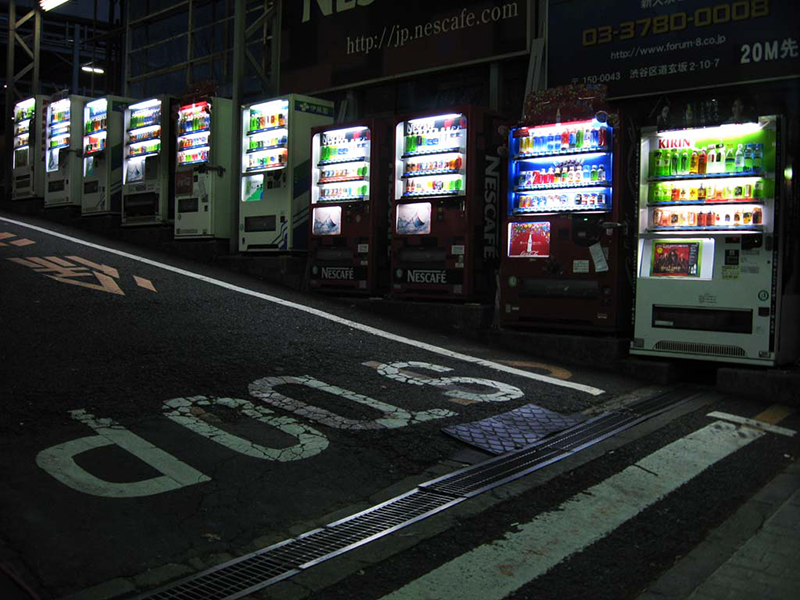 People die trying to get items stuck in vending machines twice as often than those attacked by sharks, according to the Consumer Product Safety Commission. (Photo: Midorisyu; Creative Commons Flickr 2.0)

DYKSTRA: I did indeed. A few years back, the Consumer Product Safety Commission tallied up the number of Americans who died because they rocked a vending machine to try and get their change out or dislodge their bag of Doritos. It’s about twice as frequent a cause of death as shark attacks. Want to hear a few more causes of death that are bigger than sharks?

CURWOOD: Well, there’s no point in stopping you now.

CURWOOD: OK. So let’s all be careful out there. You can find links to all these stories, and causes of death, at LOE.org.

CURWOOD: Thanks so much, Peter.

DYKSTRA: Thank you, Steve. We’ll talk to you soon.

CURWOOD: Peter Dykstra is the publisher of Environmental Health News. That’s EHN.org and the DailyClimate.org.


Manatees may be soon only be considered “threatened”

More about the fight over water in Texas