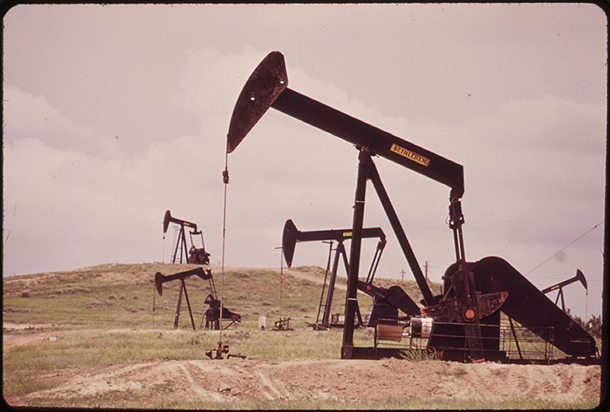 In this week’s Fourth of July trip beyond the headlines, Peter Dykstra and host Steve Curwood discuss how a preservative found in hot dogs may soon be used to poison feral hogs in the American South. Also Duke Energy's decades of foot-dragging in fixing a coal ash pond safety pipe, and the history of the Teapot Dome oil scandal and the jailing of a Secretary of the Interior.

CURWOOD: It's Living on Earth, I'm Steve Curwood. Time now to call up Peter Dykstra, our guide to the surprising world beyond the headlines. He's the publisher of DailyClimate.org and Environmental Health News, that's EHN.org, and he's on the line from Conyers, Georgia. Hi there, Peter, what's going on?

DYKSTRA: Hi, Steve, the Fourth of July is coming upon us, and of course in one of the most curious ceremonies honoring American Independence, some brave men and women will once again gather on the beaches of Coney Island and compete for the Gluttony championship—aiming for the record of 69 hot dogs and buns consumed in ten minutes. Yes, we’ve made one of the Seven Deadly Sins into a competitive sport, but that’s not why I bring this up. I mention it because sodium nitrite, the vaunted preservative for hot dogs and bacon and other processed meats, is in the news.

CURWOOD: Tell us about this new-found fame for sodium nitrite.

DYKSTRA: Some researchers have found that sodium nitrite is unusually toxic in hogs, so the Agriculture Department is testing ways to deploy sodium nitrite to control the estimated five million feral hogs in the U.S. These wild animals cause an estimated billion and a half dollars in damage to crops, gardens and lawns every year.
CURWOOD: Wait, so sodium nitrite can kill hogs, but it saves the bacon?

DYKSTRA: Yes, and bear in mind that studies have shown that this particular additive is not particularly good for humans either. 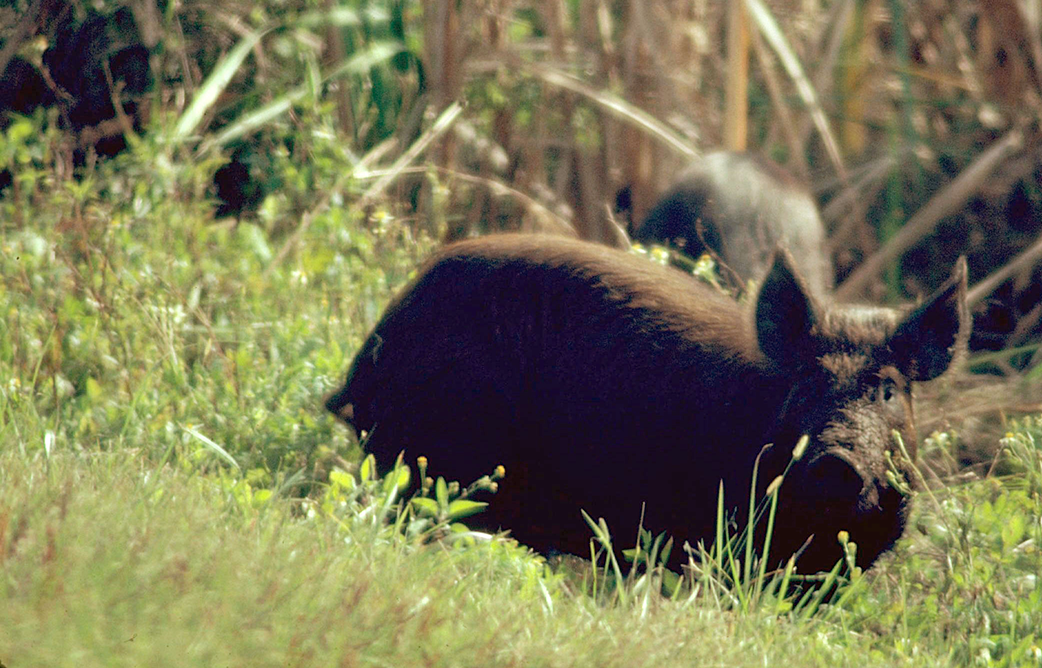 Feral hogs are a huge pest for farmers across the southern United States and Hawai’i. (Photo: US Fish and Wildlife)

CURWOOD: What’s next for today?

DYKSTRA: Well, it’s one thing to fail to listen to warnings before an environmental disaster, but it’s another thing entirely to fail to listen to warnings for nearly three decades. The cause of the huge coal ash spill that polluted the Dan River in Virginia and North Carolina last February got its own red flag starting in 1986, 28 years ago. There were engineering reports on the drainage pipe at the center of the spill. Those reports came to the surface during an ongoing federal grand jury investigation into possible criminal charges against Duke Energy and the operators of the plant. Engineers did subsequent investigations and apparently warned Duke Energy at least four more times, most recently in 2006, that this might be a problem.

CURWOOD: And there are a lot of at-risk coal ash sites out there now. Right?

DYKSTRA: Right, EPA has a list of over 600 coal-ash impoundments—45 of them are identified as “high-hazard” because of how toxic the coal ash is—and there’s a separate EPA list with 53 sites coal-ash sites where lagoons are contained by what they consider to be “high-hazard” dams.

CURWOOD: You can see if there’s a risky coal-ash site near your home, and link to all these stories at LOE.org. Hey, Peter, what do you have this week from the annals of history?

DYKSTRA: Let’s set the clock back to the Roaring Twenties. Back then, oil caused powerful men to misbehave. Ninty years ago this week, 1924, Albert Fall, a former U.S. Interior Secretary, was indicted for bribery in the biggest political scandal of the decade, what became known as the Teapot Dome scandal. Mr. Fall took the fall because he took kickbacks when he assigned oil leases at discount prices to the cronies of President Warren G. Harding. Fall was convicted. He was sentenced to a year in prison for handing out the leases near the Teapot Dome, an oil reserve in Wyoming. The oil scandal also eventually took down Attorney General Harry Daugherty, but didn’t reach President Harding, who may have avoided prosecution by dying in office.
CURWOOD: So I want to get this straight. There was a time in this country when Big Oil could throw money around, turn politicians’ heads, and just simply get their way?

DYKSTRA: I thought so.

CURWOOD: Peter Dykstra is published of EHN.org, and DailyClimate.org. Thanks for taking the time, Peter.

DYKSTRA: You bet. We’ll talk to you soon.


Read more about this new use for sodium nitrite