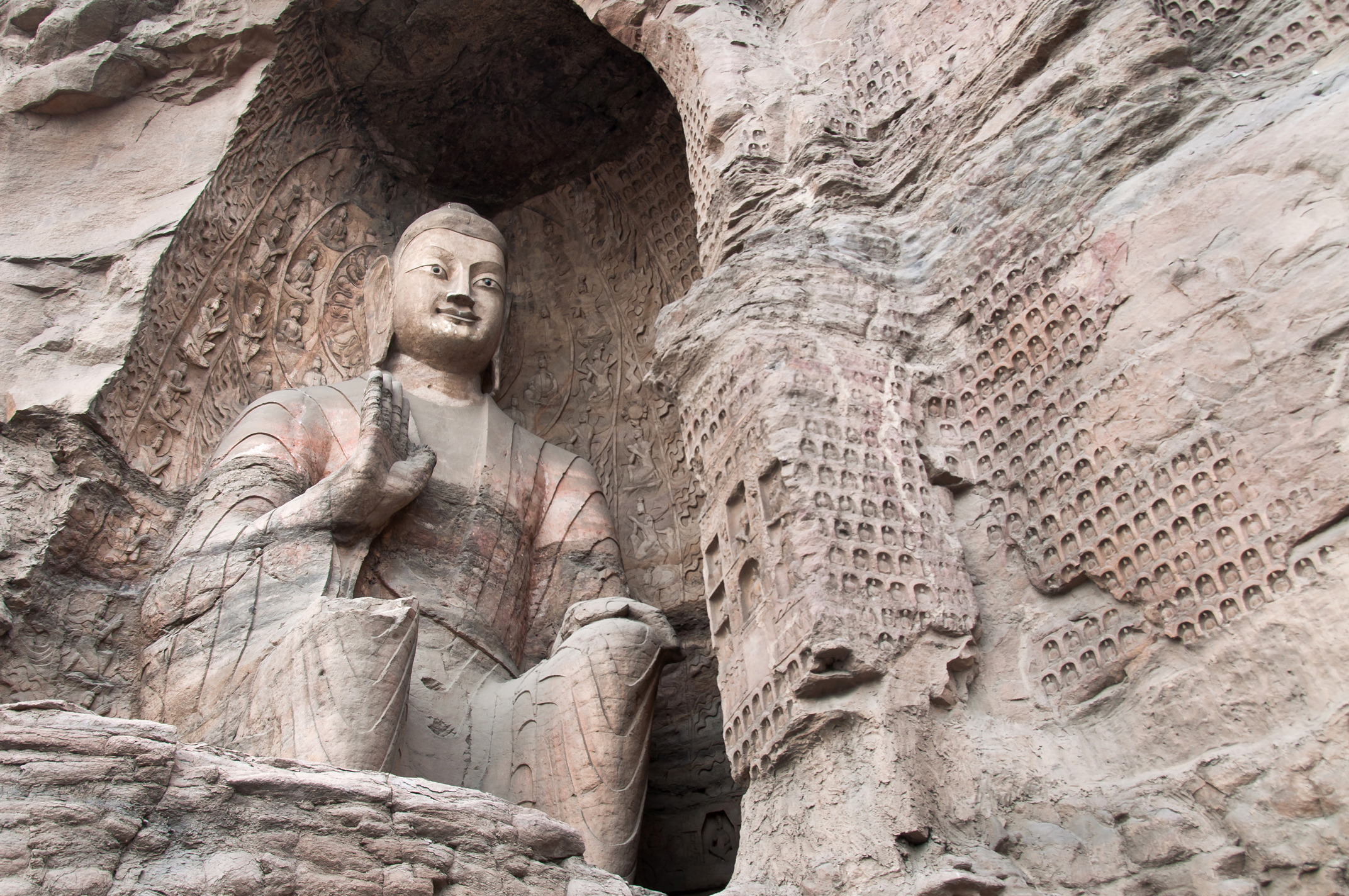 The Buddha statues from the Yungang Grottoes are becoming tarnished by China’s air pollution (photo: bigstockphoto.com)

In this week’s trip beyond the headlines Peter Dykstra and host Steve Curwood dive into the world of eco-archaeology and remember a dam accident that killed 2200 people and woke America up to the importance of mending infrastructure.

CURWOOD: It's Living on Earth, I'm Steve Curwood. Time now to dive beyond the headlines with Peter Dykstra, publisher of Environmental Health News, that's EHN.org and DailyClimate.org who joins us on the line from Conyers, Georgia. Hi there, Peter.

DYKSTRA: Well, hi, Steve. We’re going a little long on archaeology this week. Edward Wong, who reports for the New York Times on China, had a piece on some of the most unlikely victims of China’s awful pollution problems, and those victims are its centuries-old statues. Giant Buddhas, and even the famous Terra Cotta soldiers are being grimed and corroded by industrial smoke, but Chinese authorities have launched a two-pronged attack to save them – both restoring and cleaning the relics, and also limiting the nearby pollution sources that are threatening to destroy them.

CURWOOD: I think I know the answer to this, but just what are those sources?

DYKSTRA: Well, there are three main sources and those would be: coal, coal, and more coal. The coal from nearby mines, factories, power plants; the coal cookstoves still used in many Chinese homes. The burned coal eventually creates sulfuric acid, which can then fall as acid rain. The acid rain and a layer of grime from the air pollution can eat away at the monuments and statues, the majority of which are made of sandstone.

CURWOOD: Easily erodible and soft sandstone. So what else do you have in the way of eco-archaeology?

DYKSTRA: Well, eco-archaeology, try saying that three times fast... We’ve got another story from the wonderful publication High Country News – if you’re not familiar with High Country News, it’s kind of the New Yorker for people who live above the 7,000 foot-line out west. Native American artifacts, gathered for museum collections in the 19th and early 20th century, were routinely coated with very crude and dangerous preservatives and pesticides. High Country News reporter Joaquin Palomino said that in order to protect these relics from rats and other pests, the museums would coat them with stuff like arsenic, cadmium, mercury, and later on, they used gasoline and DDT.

CURWOOD: And of course, there’s the compelling argument that these things belong to the tribes, not to museums in the first place.

DYKSTRA: Well, absolutely, and places like Harvard’s Peabody Museum recognized that fact. They were helped by a little encouragement from a federal law saying that the museums had to return the artifacts. Museums are returning them to the tribes, but they’re returning them with a little poison coating. There are some antiquities experts that say without the toxic treatment long ago, the relics would have crumbled into dust, but it seems we’ve righted the wrong of plundered relics by returning them poisoned ones instead.

CURWOOD: OK. So we're looking back...how about the history calendar. What do you see there this week? 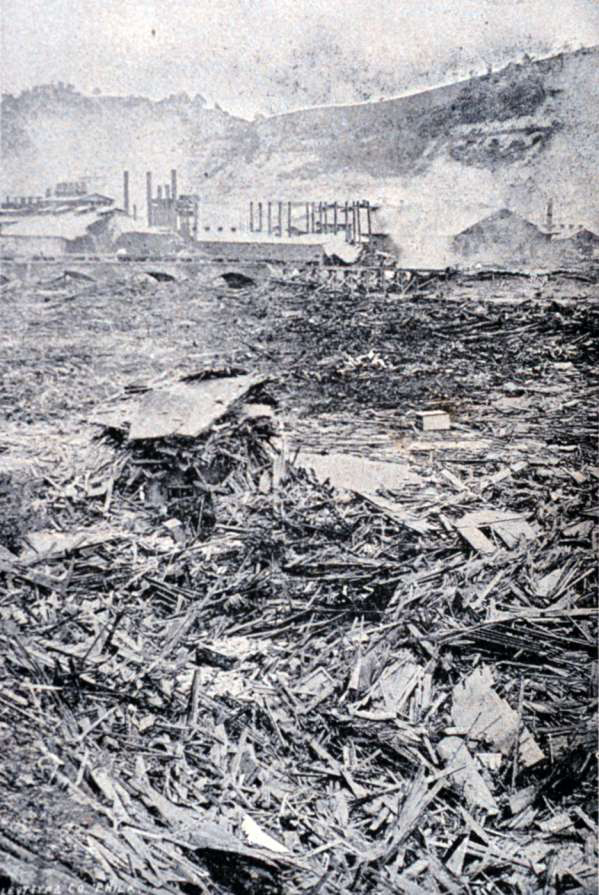 DYKSTRA: Well, I’ve got two historic accidents involving dams. 125 years ago this past week, there was a neglected dam that gave away on a summer resort lake and a wall of water roared down a valley. It leveled several small towns and then entered the city of Johnstown, Pennsylvania; the death toll was 2,200 people.

CURWOOD: And it also provided America with an early and hard lesson in keeping our infrastructure in good shape, huh?

DYKSTRA: Yes, absolutely, and when we see crumbling bridges and crumbling highways and coal-ash impoundment dams about to give away, it’s a lesson we seem to keep learning over and over again with great cost and with great pain. As far as the Johnstown flood goes, historian David McCullough wrote a great book about it several years ago, but it’s one epic American disaster that’s waiting to be made into a Hollywood blockbuster.

CURWOOD: Now you said you had two dam stories?

DYKSTRA: Yes, Sir, and please watch your mouth. In 1905, there were some workers who poked a hole in a retaining wall from an irrigation canal in Southern California bringing water from the Colorado river to new farmland. The water filled a huge depression in the desert floor and that became the Salton Sea, and in turn the Salton Sea became a tourist mecca, it became a stopover for migratory birds, and it is to this day the biggest lake in California.

CURWOOD: So there’s a dam-break story with a happy ending?

DYKSTRA: Not entirely. The Salton Sea’s water is not only very salty from the alkaline desert floor, it’s become polluted with farm runoff, and this man-made lake is the object of a major effort to save it. Not too long ago, there was a Republican congressman who was spearheading that effort, that was the late Sonny Bono.

CURWOOD: I imagine he would "Cher" the credit to that.

CURWOOD: Peter Dykstra is the publisher of Envrionmental Health News, EHN.org and DailyClimate.org. Thanks for taking the time with us today Peter.

DYKSTRA: Thanks a lot, Steve. Talk to you soon.

CURWOOD: And there's more on these stories at our website, LOE.org.


Read about Archaeology’s poisonous past in High Country News

Read about how China’s pollution problem is impacting ancient artifacts