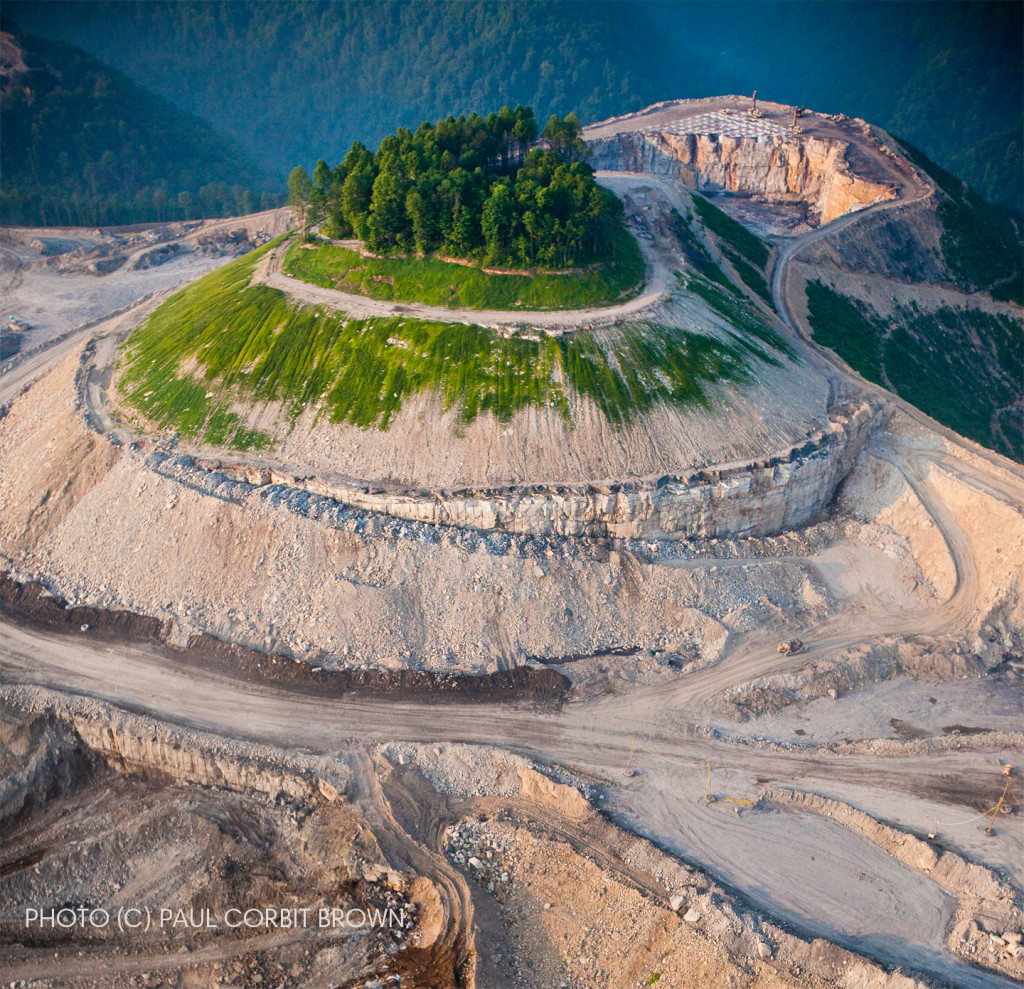 Coal companies have stripped the tops of mountains in Appalachia in search of the fuel. But as Amanda Starbuck tells host Steve Curwood, the Rainforest Action Network has helped convince some of the world’s biggest banks to stop funding companies that practice destructive Mountain Top Removal.

CURWOOD: It's Living on Earth, I'm Steve Curwood. The coal industry is under fire in the US from several directions, ranging from calls to pull investments from fossil fuels to proposed federal regulations to limit global warming emissions from power plants. And now, in the face of pressure from activists, banks have stepped into the fray. Wells Fargo and JP Morgan Chase are among major banks that have pledged to stop lending to finance the ecologically destructive mining technique known as “mountaintop removal”. The activists include the Rainforest Action Network, and as their campaigner Amanda Starbuck explains, mountaintop removal has devastated Appalachia for years.

STARBUCK: Mountaintop removal coal mining is one of the most destructive forms of coal mining that is practiced in the United States, and it mostly takes place in Appalachia, the Southeast US. The general topography in that region is rolling peaks, high mountaintops, steep valleys...you can stand on top of a viewpoint and these go on as far as the eye can see. It’s really quite beautiful but when this type of coal mining takes place the coal company will first of all come along and clearcut all the forests off the top of the mountains. These are the most diverse forests in the United States, so right there there’s a huge ecosystem loss. Next, they will lay explosives and blast away the top of the mountains, and the reason that they do that is to expose these thin narrow seams of coal, and then the coal gets transported for use in coal fired power plants. 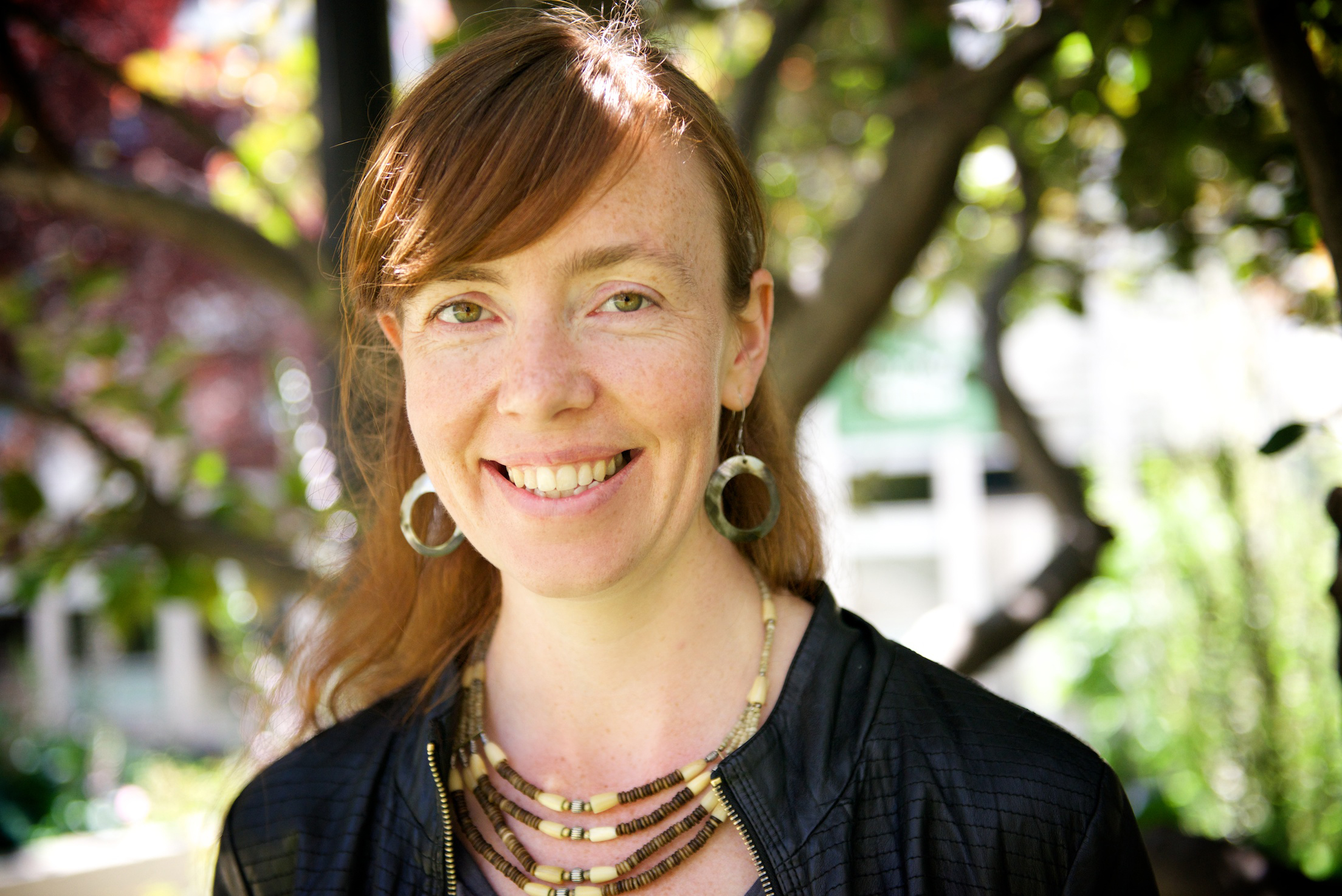 CURWOOD: Now what happens next in this process?

STARBUCK: Well, the next bit is in many ways as horrific as the removal of the peaks themselves. All the rubble that's left, so this is rocks that are not coal and that contains things like heavy metals, pretty toxic substances like mercury, this gets swept off the new top of the mountain which can be 200 or 500 feet lower than once was into the neighboring valley. So effectively where you once had high peaks and low valleys, you have a more leveled out surface; instead of beautiful forests and streams it's exposed rubble and waste. 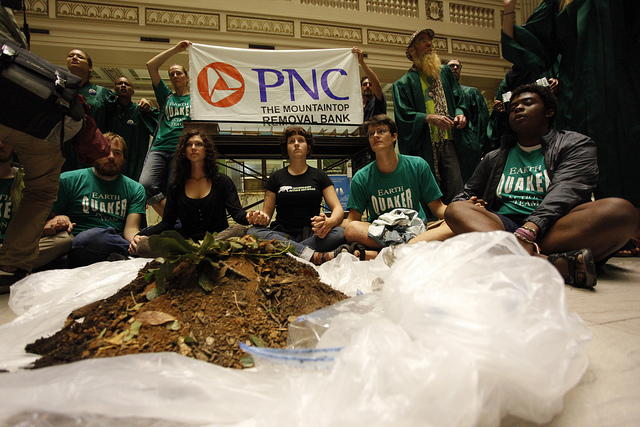 CURWOOD: So Rainforest Action decided to work on this a few years ago. Why did you decide to go after the banks that fund mountaintop removal rather that go after the companies themselves?

STARBUCK: We decided to focus on banks because banks have a lot of options where they invest the money. We’d been tracking where the mountaintop removal mining companies get their financing from and through some fairly straightforward research we discovered that all of the major US banks and most of the major European banks too were lending these mining companies the money they needed to expand mines, buy the machinery and continue to grow this practice. So it became clear to us that if we could ask banks not to lend that money we could cut off a really important component that was going into mountaintop removal mining.

CURWOOD: Now, a number of major banks have agreed to stop funding coal companies that engage in mountaintop removal. Which banks have signed on?

STARBUCK: Most recently, two of the largest US banks, Wells Fargo and J.P. Morgan Chase, have stopped doing business with the biggest mountaintop removal coal mining companies and they've been joined by a couple of the largest European banks, Royal Bank of Scotland and BNP Paribas, a French bank which is also in the states as Bank of the West.

CURWOOD: Who are the big players that are still supporting mountaintop removal?

STARBUCK: So we still have a ways to go. There still a number of US banks continuing to loan to this sectior, in particular, PNC Bank, also Citibank and Morgan Stanley, but Barclays Bank, which is a London-based bank, is the largest financer of mountaintop removal, so we’re calling on Barclays to follow their competitors and stop funding mountaintop removal.

CURWOOD: Now why would banks agree to stop funding mountaintop removal? Um, they see this as a moral issue or good business?

STARBUCK: Over the last 10 years we've noticed that banks are increasingly sensitive to environmental issues and there's a number of reasons. The people that work at banks, they’re just like us, they have families, they care about the impact of their work, what that means future generations. So there’s a part of it to do the right thing there, but at the same time, banks are fundamentally tasked with maximizing profits and making money, and anyone’s that’s taking a hard look at the coal industry right now would be really concerned about their ability to continue to turn profits. We’re burning less coal in the United States, so there’s less business for the industry, but also we’re starting to see that that government is really starting to tighten up on regulating this industry, so the liability risk for the mountaintop removal from coal mining companies - this is looking pretty bad right now. 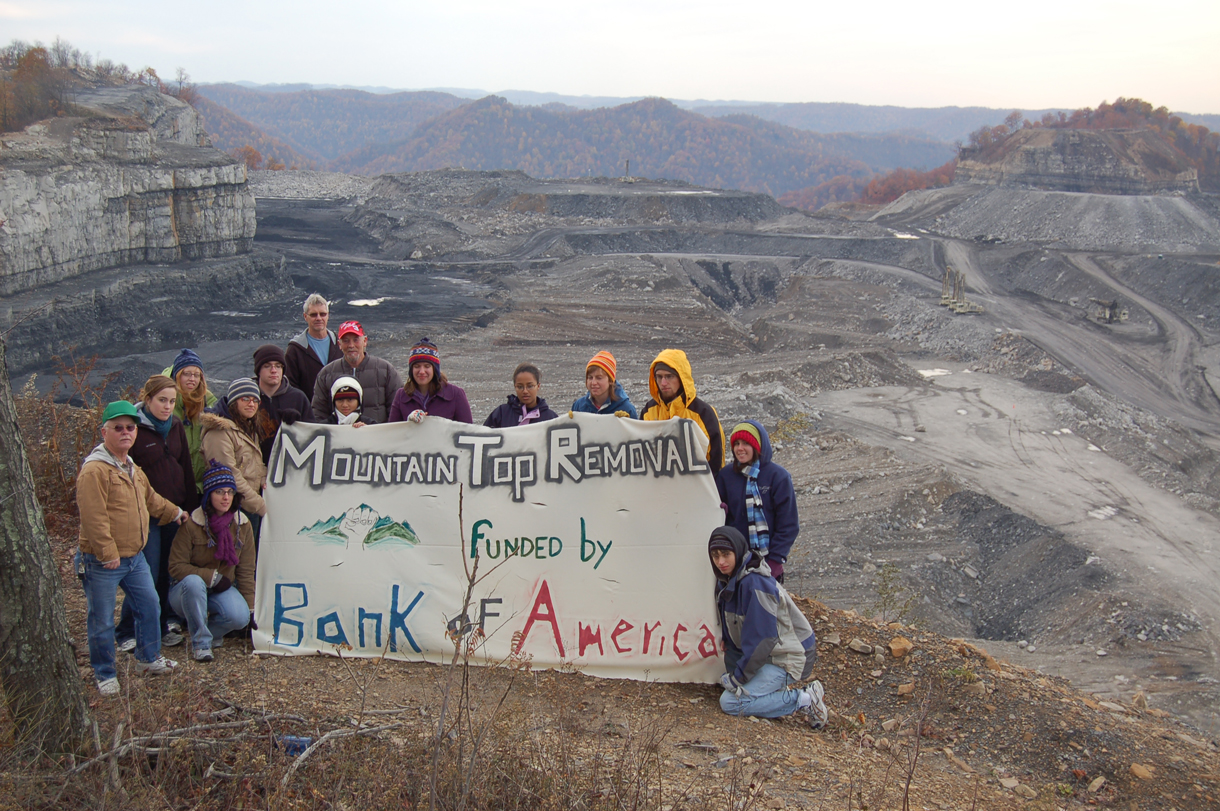 I think one more critically important factor is that there's been a huge upswelling of grassroots power, people power, speaking out about mountaintop removal and saying, “This is immoral. It can't continue.” We’re seeing tens of thousands of people in Appalachia stand up and speak out, rally, draw attention to this issue, and we’ve seen a huge swell of public pressure on the banks to get away from this as well.

CURWOOD: By the way, Rainforest Action, well, from your name we would think you'd be involved in places like Central Africa and the Amazon. Why mountaintop removal?

STARBUCK: That's right...that's such a good question! Rainforest Action Network fundamentally exists to protect forests and forest inhabitants, and for 30 years we've done a lot of work focused on forest protection but about 15 years ago we had the realization that we could protect all the acres of rainforests that were possible to protect, but if we didn't solve climate change ultimately those forests were not going to survive.

So if your concern is rainforests, or really whatever your environmental issue is, addressing climate change is absolutely a core component of winning that fight. And we know that if we’re going to address climate change we need to do two things: one of them is to address the most polluting forms of energy and stop things like mountaintop removal - mining or the buildout of the fossil fuel export infrastructure. And at the same time we need a huge growth in our clean renewable energy sector. So moving forward we’re challenging everyone...that's banks and energy generators to shift to clean renewable energy and we’re very committed to that vision.

CURWOOD: Amanda Starbuck is the Energy and Finance Director for the Rainforest Action Network. Thanks again for taking the time today, Amanda.

STARBUCK: Thank you for inviting me onto the show.
CURWOOD: We called up the banks Miss Starbuck named as the holdouts. Barclays corporate Spokesman Mark Lane wrote, in part, that:
“…we have not provided finance to any entity for the specific purpose of mountaintop removal.”

A spokeswoman for PNC bank said they don't discuss or comment on their actions with third parties, and by our air date, we had had no response from CitiBank, or Morgan Stanley.

Statement from Barclays Bank:
Barclays is aware of the sensitivities around the practice of mountain-top removal. This is specifically highlighted in our guidance to the business with reference to the mining sector and we have not provided finance to any entity for the specific purpose of mountain top removal.
We have environmental lending policies and practices that have been in place for many years in support of our commitment to understanding the environmental and social risks associated with our lending activities. We aim always to take a responsible approach and give careful consideration to such impacts before decisions are approved. When we are asked to finance a specific development project, we apply the Equator Principles – detailed environmental and social criteria applicable to project finance transactions covering issues including local community consultation, the impact on indigenous peoples and cultural heritage sites, relocation of communities and related compensation. This approach to responsible lending applies equally to clients in the coal mining sector as to other industrial sectors.
We have met recently with groups that are critical of mountaintop removal mining so that we can learn more about their concerns.

Check out a video RAN produced about MTR