Flooding In The Balkans 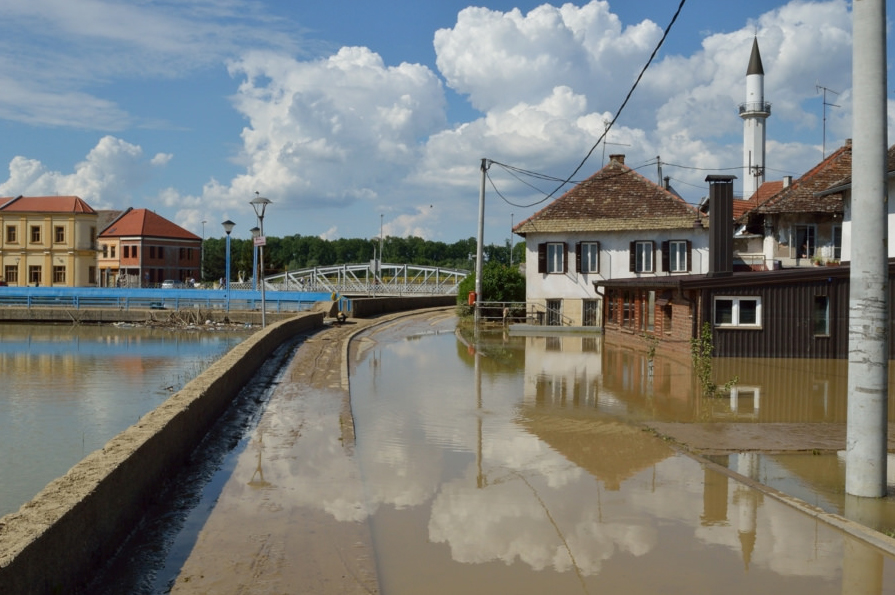 A storm system recently inundated the Eastern European states of Bosnia, Serbia, and Croatia with three months worth of rain in just three days. Journalist Sanja Jovanovic tells host Steve Curwood that the rain caused unprecedented floods and landslides, and unearthed landmines left behind from war in the 1990s.

CURWOOD: From the Jennifer and Ted Stanley Studios in Boston and PRI, this is Living on Earth. I’m Steve Curwood. The heaviest rainfall and worst flooding in memory still has Serbia, Bosnia, and Croatia reeling, with dozens of people dead and hundreds of thousands displaced from their homes. It’s the latest extreme weather event in an extreme weather year; according to NASA last month was the second warmest April ever recorded worldwide. To get a sense of what’s happening on the ground in the Balkans, we called up Sanja Jovanovic, a journalist based in Novi Sad, Serbia, who's been volunteering to help the flood victims.

JOVANOVIC: It looks like hell. I’ve never seen anything like it before. I saw it on TV in other countries before, but I never imagined it’s going to happen in my country. Officials claim the size of the disaster hasn’t been seen since the records begun. A huge low pressure cloud system hovered over the region, and it said it shed three months worth of rainfall in all of three days. We’re so shocked. Imagine seeing a building, and you can only see from the fifth floor to the top. Rescuers are out there in their boats literally cruising between the roofs. Some say they are stranded on car roofs. People are being evacuated constantly. According to the latest information coming from the Ministry of Internal Affairs, around 31,000 people have been evacuated from the flooded areas in Serbia, cities like Obrenovac and Paracin suffered most and were completely submerged in water.

CURWOOD: What kind of warning did people get that there was going to be serious flooding? 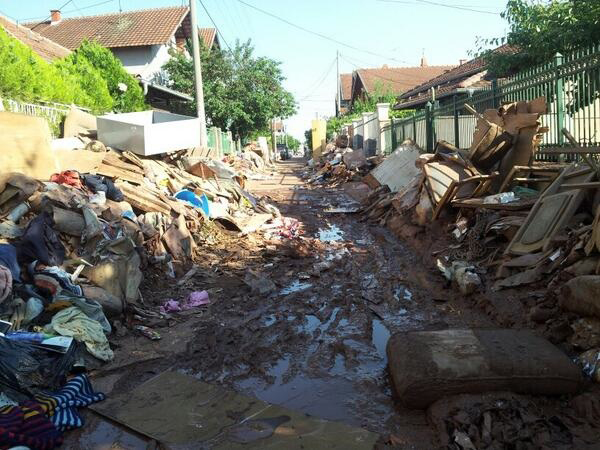 Roads in Serbia are littered with debris moved by floodwaters. (Photo: Sanja Javanovic)

CURWOOD: In order words it was chaos.

CURWOOD: What’s happened to the livestock, the animals? A lot of farming in that area.

JOVANOVIC: Well, when it comes to farming, some animals were left dead and we’ve got carcasses floating around, so we still don’t know what’s going to happen with that one once the situation stabilizes, but there are people in the field collecting the carcasses, and people are said to unleash their dogs and just let them float around. 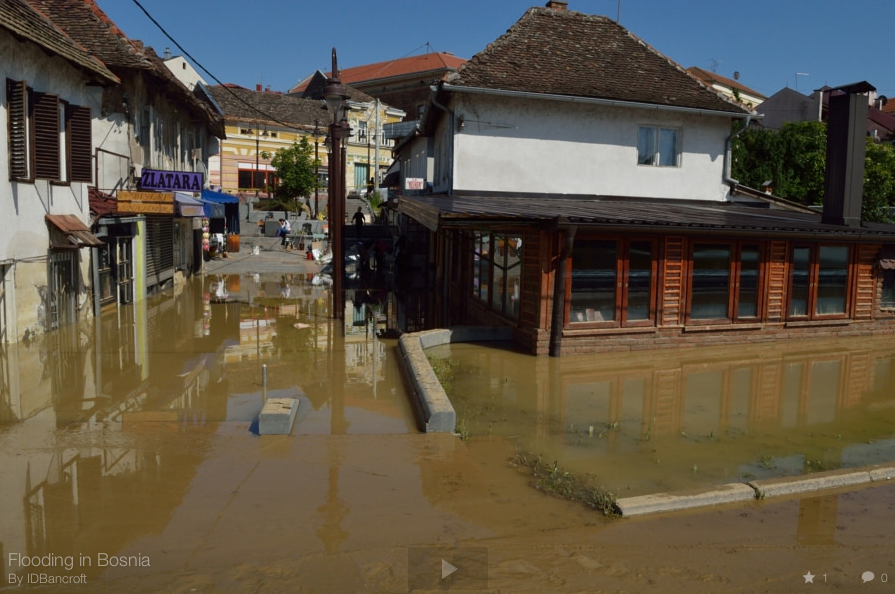 CURWOOD: Wow. Now I read that the torrential rain caused upwards of 3,000 landslides in the region, 1,000 in Serbia, 2,000 in Bosnia. What’s going on? Is it just erosion? Or were the mountains previously deforested and more susceptible to landslides?

CURWOOD: When you talk to the average person about all of this rain and flooding, what do they think might be behind it? What do they mention in terms of climate change perhaps influencing the weather?

JOVANOVIC: I shall say the average person is influenced by various media and what the church says, which is not actually connected to the climate change which the majority of the population does not even think about. I really hope that people after this will think more on climate change, and focus on dealing with that problem.

CURWOOD: So how much in terms of chemical manufacturing industry is there which would have led to chemicals being released?

JOVANOVIC: Well, it is a problem, but they are still trying to protect some of the factories that are dealing with the chemicals but it’s not just the factories, it is also the fact that Serbia doesn’t have a proper way of keeping medical waste. I guess it’s all in the water and in the soil at this point. And also, many people have a lot of chemicals in their homes and a lot of medicines and it’s all now in the soil and in the water. In addition, the weather forecasts says it’s going to be really sunny the following days, and we are concerned, as in after a major disaster this may lead to epidemics.

CURWOOD: So, much of the Balkans was a war zone not so long ago, early ’90s, and from what I understand, some of the legacies to that war are literally being unearthed by the water. Can you tell me about that?

JOVANOVIC: Well, we have the problem with the landmines so far. The story about the landmines dates from the ’90s. At this point, sadly, I don’t think anyone knows where the mines might be. Even the signs pointing where the mines are are now gone. The water took that. I guess the officials are waiting for the water levels to go down and then they will try to locate them.

CURWOOD: But wait, that means that people move about after the floods...they could be stepping on landmines?

JOVANOVIC: It is true. Sadly, yes, that is true.

CURWOOD: It’s getting on to two decades now that the war has been over. What kind of help are people giving across borders? Are Bosnians helping Serbs? Are Serbs helping Croatians? How are things working along those lines?

JOVANOVIC: People are people. People who know that there are other people who are in need, they are helping. We are also helping Bosnia, we’re helping other affected countries. There are no borders now. Everyone is there to help.

CURWOOD: Sanja Jovanovic is a journalist based in Novi Sad, Serbia. Thanks so much for taking the time with us today.

JOVANOVIC: Thank you for having me.


Al Jazeera has more photos of the devastating floods