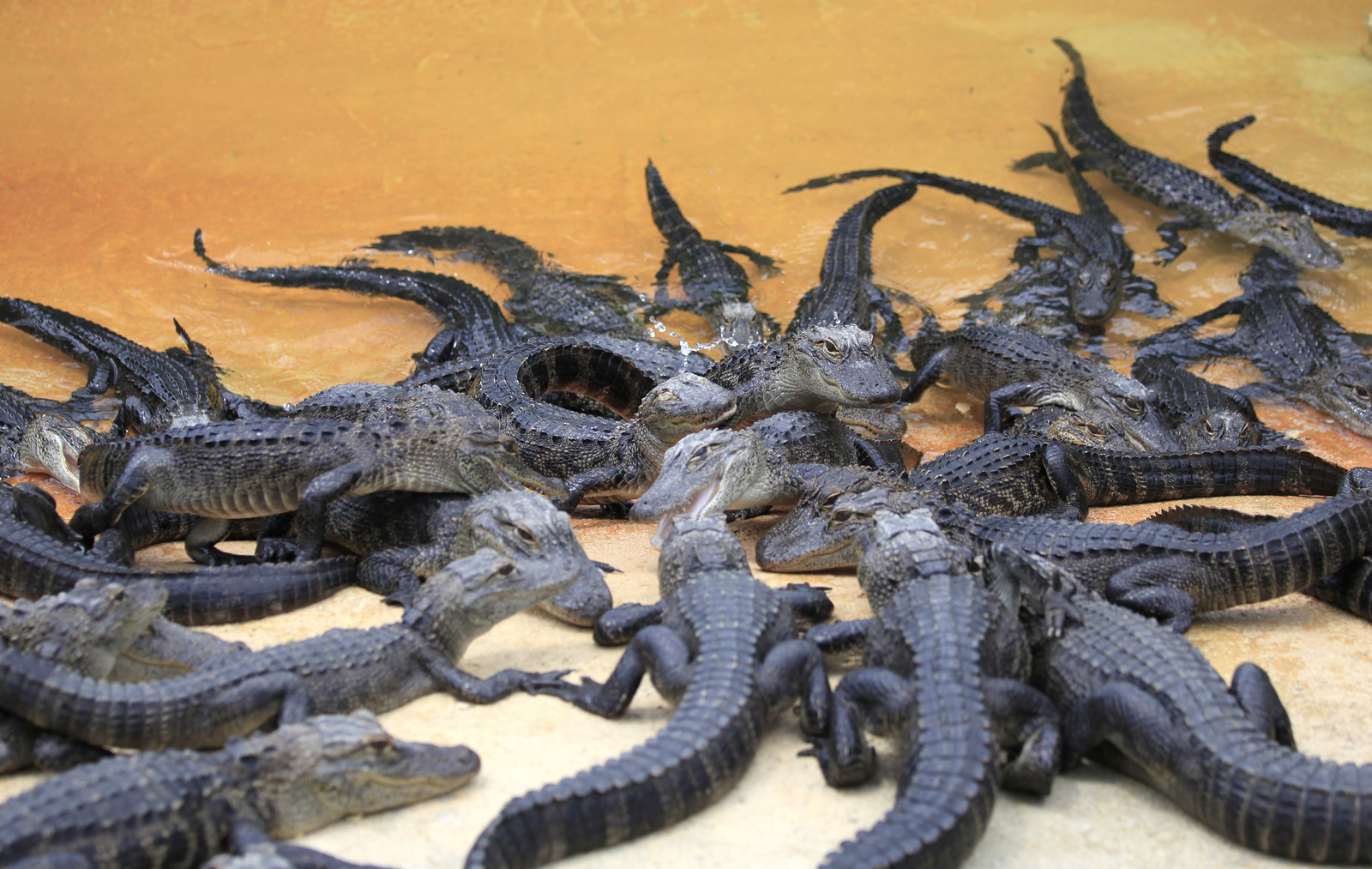 According to urban legend, the New York City subways are teeming with Alligators.

Alligators and amphetamines in the Sewers: In this week’s trip beyond the headlines, Peter Dykstra tells host Steve Curwood about scientists tracking drug-use via waste water, and reveals the origin of classic urban myth.

CURWOOD: It's Living on Earth, I'm Steve Curwood. Now let's dig beyond the headlines to find out what else is going on in the world. Peter Dykstra joins us in the studio. He's Editor of the Daily Climate.org and Environmental Health News, that's EHN.org. Hi, Peter.

CURWOOD: So what’ve you got for us this week?

DYKSTRA: Well, we’ve seen a lot in the news over the past few years about about finding pharmaceuticals in our waterways – that’s everything from caffeine to Prozac – and the reason we find them is that sewage treatment plants are designed to treat living things like bacteria. They’re not designed to treat the chemicals that we might ingest and then get rid of. So some scientists have figured out if you can find legal drugs in sewage, why not trace illegal drugs through sewage. Our EHN reporter Brian Bienkowski put together some data from about 20 studies on this. My favorite one is a chemistry professor at Puget Sound University in Washington State who studied his own campus’s sewage output.

DYKSTRA: But a lot of things aren’t. Here’s what Professor Sewage found. There’s a huge spike every exam week on campus in amphetamine levels in the sewage. That’s probably not a big surprise for a lot of people who are familiar with college. And the technology to detect even tiny traces of chemicals has gotten so much better in recent years. There have been a lot of studies on illegal drugs traced through sewage in Europe: meth, cocaine, heroin, ecstasy in varying amounts, but one of the constants is it’s usually heavier on the weekends.

CURWOOD: OK, Peter. What about the right-to-privacy here?

DYKSTRA: Well, it’s only a privacy issue if the technology were good enough, and it isn’t, to figure out which home or which individual were donating his or her sewage to science.

CURWOOD: So what else do you have?

DYKSTRA: Well, Steve, you have to feel for the poor town of Valdez, Alaska. It’s been 25 years, 25 years ago, Valdez became synonymous with one of the most notorious oil spills in history. 25 years before that, Valdez was wiped out by an earthquake and tsunami. It was rebuilt up the hill a little further away and out of danger.

CURWOOD: Oy Valdez, huh? So we got the big earthquake in 1964, the Exxon Valdez oil spill almost exactly almost 25 years later in 1989, so it’s almost 25 years again, what is it this time?

DYKSTRA: Avalanches. The Richardson Highway is the only way in and out of town, two weeks starting in late January, following absurdly warm temperatures in the 60s – that’s right the 60s, in January, in Alaska – led to two avalanches. They cut off Richardson Highway, the only road access to Valdez. For two weeks, no cars or trucks in and out of town. But the crisis spawned the obligatory heartwarming story. It was about a couple who risked everything to get their sick cat to a vet in Valdez. They hiked, with the cat, over the two avalanches.

CURWOOD: And I’m hoping the story has a happy ending, Peter.

DYKSTRA: Well, it does have a happy ending, but it had kind of an unhappy middle. Their names are Kristina Clark and Donney Carlson. They got arrested trying to save their cat by hiking over the avalanches. They locked them up, even the cat was locked up in a shelter, but the humans got out, the vet got the cat out, the vet healed the cat and all three are doing just fine.

CURWOOD: So, no catastrophe I guess. So, Peter, what do you got for us on the calendar this week?

DYKSTRA: This is one of my favorites, 79 years ago this week, in 1935, the source is no less an authority than the New York Times, they helped start the urban myth about alligators thriving in New York City’s sewer system – you know what an urban myth is, right?

DYKSTRA: Ow! Well, yes, an urban myth is something from a city that’s not true and this is definitely not true. The story goes back, it was reported the next day by the Times that some kids were shoveling snow in a street in upper Manhattan. They put the snow in a sewer - we’re back to the sewers - and they said they spotted a seven-foot alligator living in the sewer where they dumped the snow. They also said they killed the alligator. They cut it up and burned it before anyone got to see it, but somehow this made it into the New York Times the next day and it’s made it into folklore forever.

DYKSTRA: Yes, there you go.

CURWOOD: Peter Dykstra is the publisher of editor Environmental Health News and the Daily Climate.org. Thanks for visiting us here in Boston, Peter.

DYKSTRA: Thanks, Steve, it’s great to see you.


Read the full story of the Alaskan cat rescue