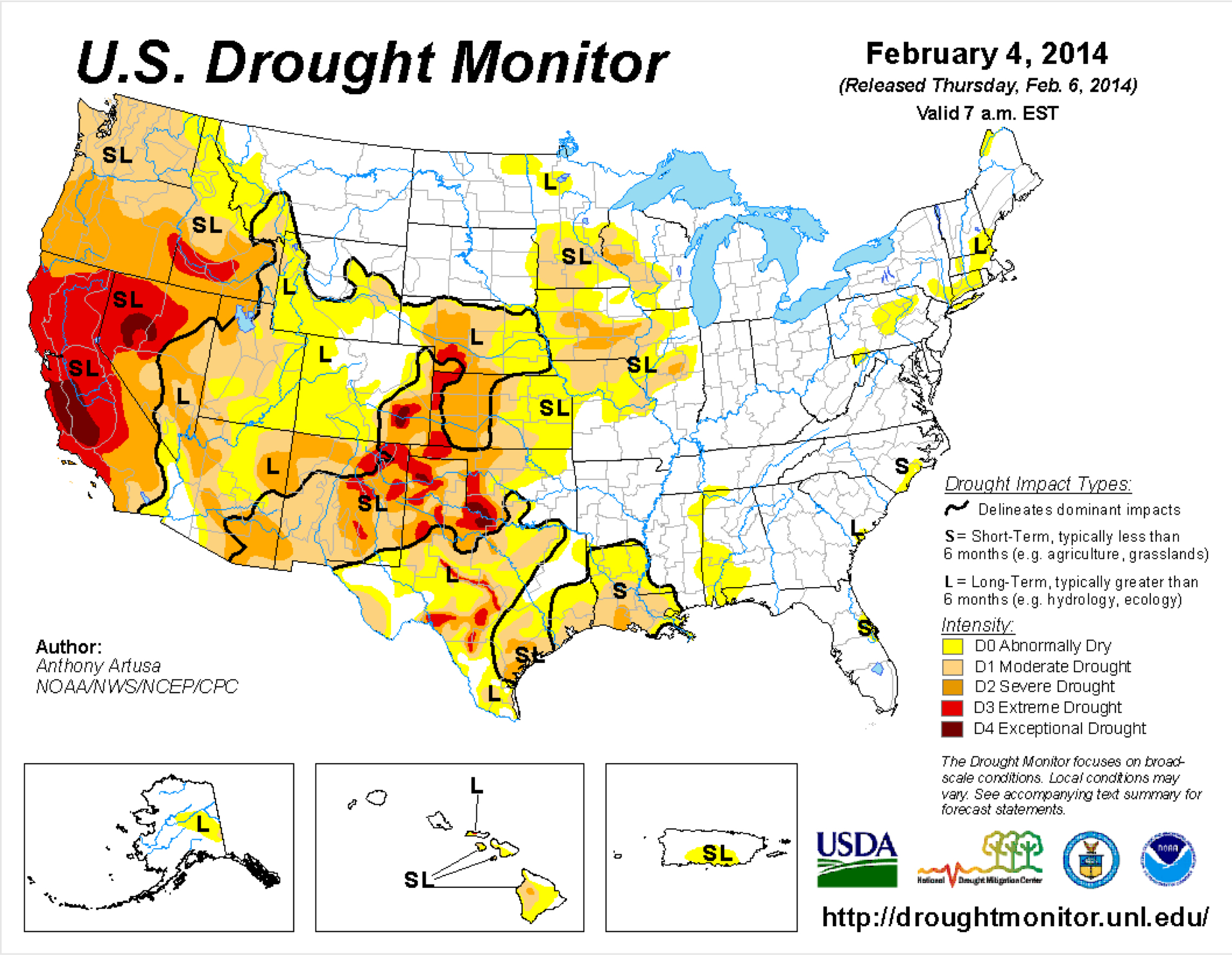 A lingering high pressure system off the west coast of the US is linked to California’s third consecutive year of drought. NOAA research meteorologist Martin Hoerling explains to host Steve Curwood that the weather pattern causing drought in California is also bringing snow and cold temperatures to the Great Plains and the Northeast.

CURWOOD: For three consecutive years California has been gripped by severe drought. Governor Jerry Brown recently declared a drought emergency, and restaurants can't even give diners water unless they ask for it. To figure out what's going on, we called Martin Hoerling, a research meteorologist at the National Oceanic and Atmospheric Administration. Welcome to Living on Earth.

HOERLING: Pleasure to be here.

CURWOOD: So, just how bad is the California drought? How wide an area is being affected?

HOERLING: Well, it’s been quite dry along the Pacific Northwest coast; so basically from Seattle south to San Diego. The drought, which is really in its third year now is at its worst right now. Last year was, of course, also very severe, but it’s been drier this year than last year.

CURWOOD: Can you give me some examples of places that have been particularly affect by this drought?

HOERLING: A station - this is a bellwether station for the accumulation of snowpack in the northern Sierras, which is a very important water supply source for southern California - the station’s name is Blue Canyon, it’s on interstate 80 before you ascend to Donner Summit. Beautiful place. Normally about this time of year, they would have picked up about 30 inches of precipitation. They’ve had closer to about five or six inches. So they’ve gotten into a deep hole. It’s going to be tough to come out of for the rest of this rainy season.

CURWOOD: So at this point, what’s causing the drought?

HOERLING: Well, the immediate cause is that there is a pattern of circulation in the atmosphere, a high pressure. Some call it a ridge. It blocks the typical storms that like to move from west to east across the Pacific Ocean. These storms have not found their way into California this year. They didn’t do that very well last year either except for December. The storms are finding their way into the Pacific Northwest, far northwest, British Columbia. There’s been landslides of snow, in fact, if I can call it that, avalanches in Valdez and places along the Alaskan coast, abundant storms as far as the north, but not in California. 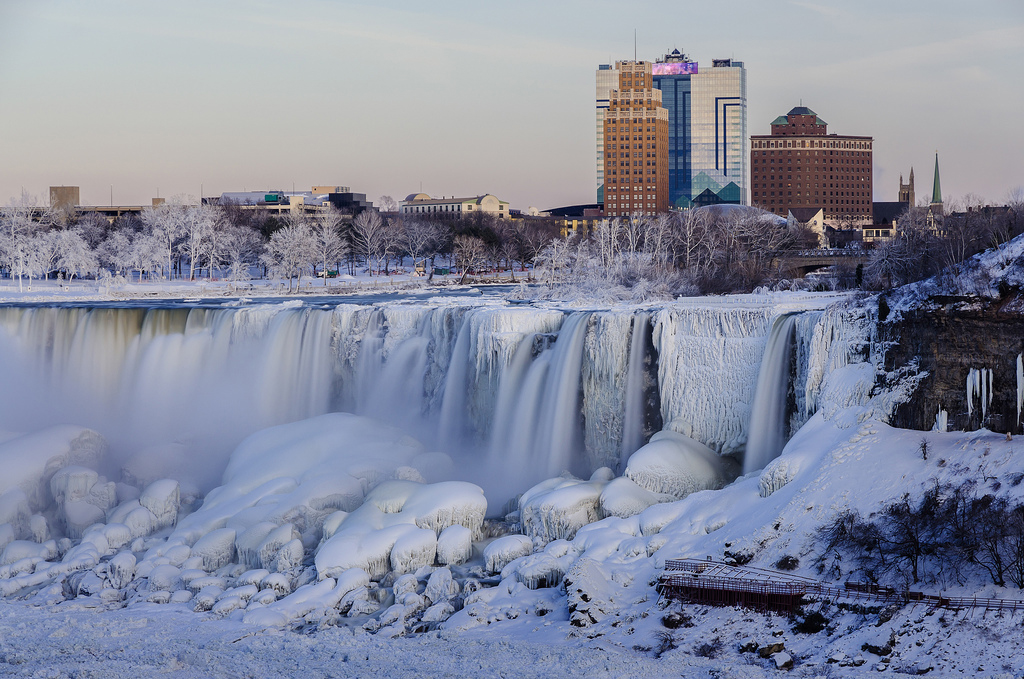 The American side of Niagara Falls froze during the polar vortex. The resilient ridge in the Pacific Ocean causing drought in California may also be a factor in colder than average temperatures in the Northeast. (NASA/ Michael Muraz)

CURWOOD: It always seems like we’re hearing about drought out west. How does this year’s drought compare to what’s been going on in the past?

HOERLING: Well, drought is no stranger to this area. The drought this year has been severe, very severe, no doubt about it. But the season isn’t over yet, so we’re a bit premature to sort of log this one in the books. There are two consecutive years that stand out in memory that go back only about 35 years that most people will remember, 1976-77 winter and 1977-78 winter. Those two back-to-back rainy seasons were the driest consecutive two years on the record for the statewide average of California.

History has indicated it may be dry for a consecutive string of four, five maybe even six years and then suddenly pop out into a wet regime. The key here is that the time series does not show a trend of precipitation - either upwards or downwards - over the last 117 years. So cycles of fluctuations that are really quite severe from time to time are the norm in the state. And this is probably another one of these natural cycles that come and go.

HOERLING: It’s just tough weather, tough love from nature. And it’s also interesting that the drought situation in the west, in California, is linked with the very cold conditions in the east. The weather pattern itself is not just a local pattern sitting off the west coast and affecting only California. As that high pressure has been anchored off the west coast, there’s low pressure around the Hudson Bay region that has been diving southward bringing very cold air into the northeast. So these patterns have been linked. In 1976 and 1977-78, those were very cold winters in the US, they still rank among the coldest winters on record. And again, that was a linkage between the cold in the US in those years and the drought in California. And here we are again, it’s a weather pattern that comes and goes from time to time, and we’re back to a situation we saw about 38 years ago.

CURWOOD: Ah, when there was a great blizzard in Boston in ’78.

CURWOOD: Marty Heurling is a research meteorologist for NOAA in Boulder, Colorado. Marty, thanks so much.

HOERLING: Hey, thank you for having me.


NOAA on the California Drought