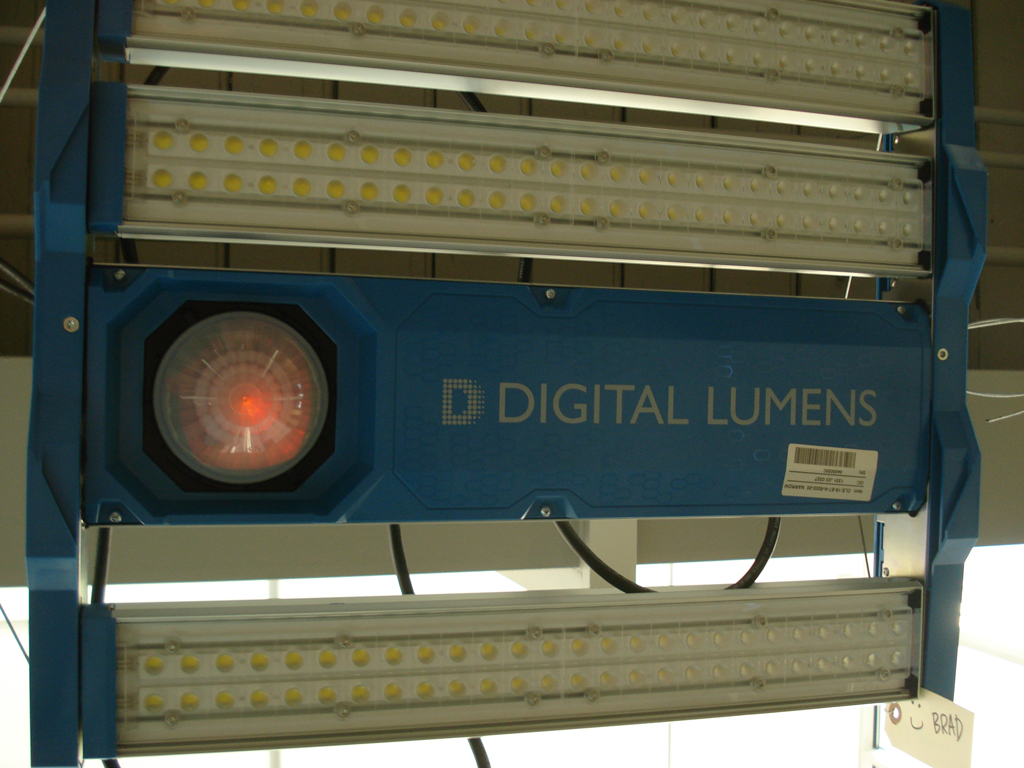 A new company in downtown Boston has come up with a smart lighting system that can boost productivity and save users as much as 90% on their energy costs. Host Steve Curwood takes a tour of Digital Lumens to see how they’ve done it.

CURWOOD: It’s Living on Earth, I’m Steve Curwood. And now, another in our series Power Shift, about the transition to low carbon energy in the Bay State.

CURWOOD: The other day we headed down into what Boston calls the innovation district to visit a company called Digital Lumens. We went to see a better light bulb. But the first thing we see as we meet CEO Tom Pincince is a rack full of items invented more than a century ago, bicycles.

PINCINCE: There are a lot of bicyclists; probably about half of the company bikes here everyday. So we have a full 20 to 30 bike parking lot on the wall.

CURWOOD: So your place here kind of looks like a warehouse. Maybe once upon a time it was? Or something like that?

PINCINCE: We’re in the old wharf district of Boston. This is where all the goods came and went. The innovation district is the old seaport. We’re in an open space, we have about a 15 foot ceiling here. You can see the floor and the exposed beams of the company above us. 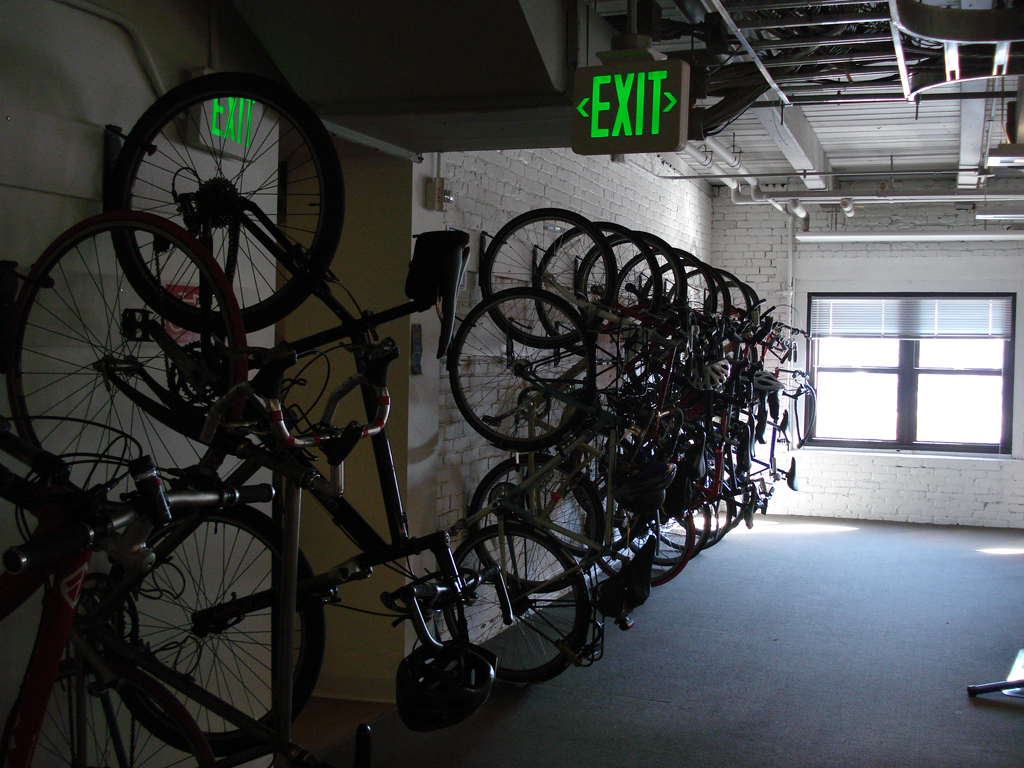 PINCINCE: The idea was to make every light in the world intelligent, and put little computers into every single light.

CURWOOD: These digital devices figure out just when and where lighting is needed.

PINCINCE: These little computers talk to each other and they talk to a main computer that will help them work in context with what is going on in the building and what’s going on in the environment.

CURWOOD: Tom points to an overhead array of LED lights that have built in computer chips, light sensors and networking devices.

PINCINCE: And this is one of the areas where we try out our light. You’ll see above you; these are our new generation lights we just released days ago. Then over there are the ones that we’ve been shipping for three or four years.

CURWOOD: At first glance the lights don’t look different from other LED fixtures. I asked engineer Steve Condo just how big is the computer on these lights. 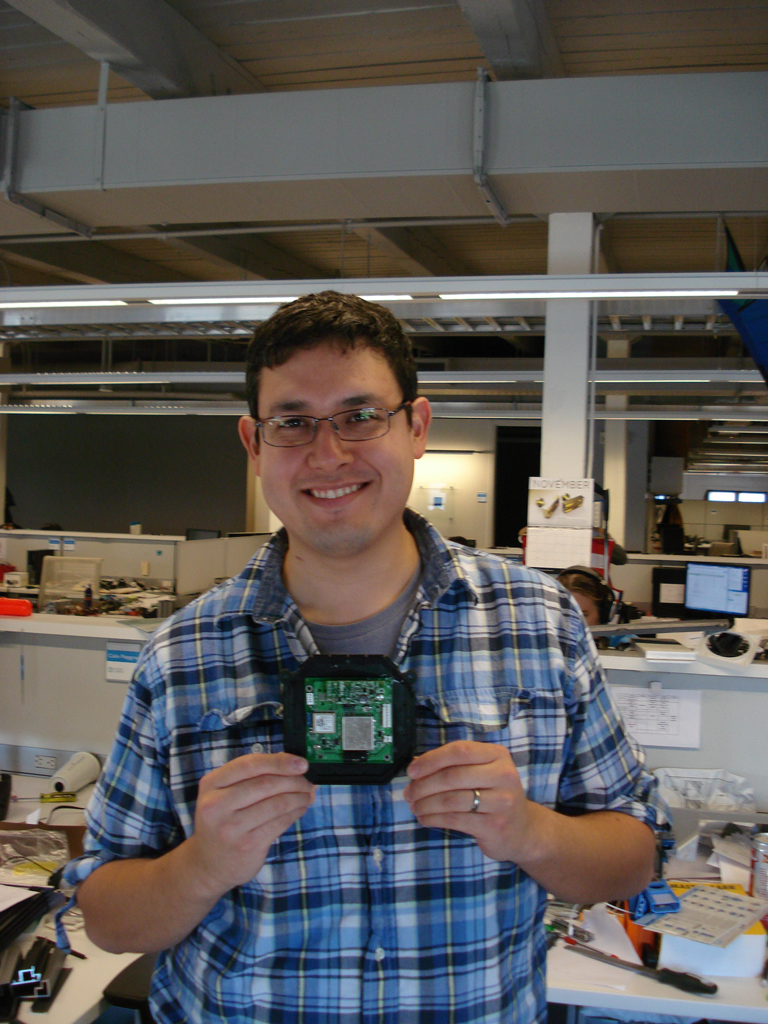 CONDO: It’s pretty small. It will definitely fit in the palm of your hand. Basically this size here - it’s actually the size of a post-it note, and this houses a considerable amount of intelligence so it can detect people so it’s an occupancy detector. You can see how much light is on the floor at the time, not just how much the light is delivering but how much light is coming in from other sources whether it’s skylights, windows, high reflective surfaces. So you’re looking at the total picture.

CURWOOD: So if it’s bright outside, the lights dim and if it clouds up the lights compensate. The computers integrate other factors such foot traffic. So, for example, if you are walking in a huge warehouse, instead of lighting up the whole area, the system illuminates the place you are in. And because it’s smart, it also lights up the section you are headed for, so you don’t have to wait in the dark until a sensor notices you’re there. Brian Chemel saw the potential of marrying efficient LED lights to tiny computers and founded the company in 2008 with a team of engineers and one core concept.

CHEMEL: We realized that there are a lot of trends working in our favor to making every light intelligent. The costs of adding a microcontroller to a product are plummeting; the fact that we all have smart phones in our pockets means that th little chunks of hardware that those systems use are available for a bunch of other applications. At the same time, it’s never been cheaper to make software run out in the cloud. We can leverage a bunch of different trends and we’re sort of at the right time to make this work.

CURWOOD: And why do this? 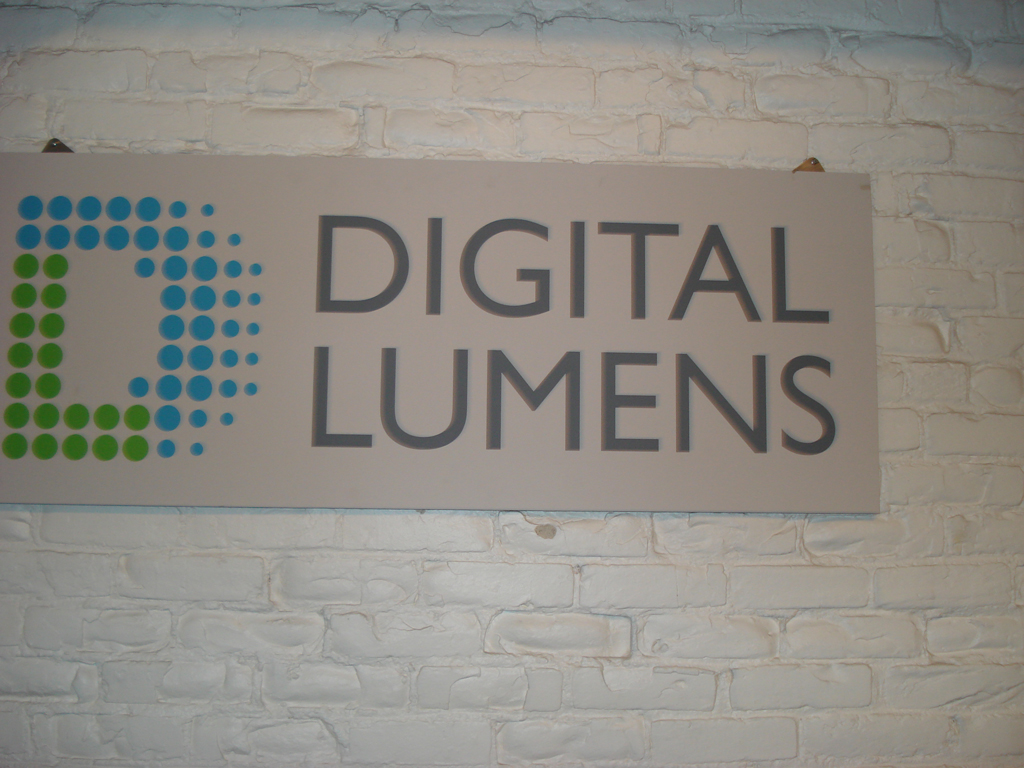 CHEMEL: We are making every light intelligent for two reasons. One is that is drives tremendous energy efficiency. We say radical energy efficiency, much more than just switching to LED light sources. When you make the lights smart you get a lot more energy savings. The second is were building a platform for distributed building intelligence. Lights are the perfect Trojan horse for instrumenting the built environment. Parking garages that can track people moving through them for safety reasons, for billing reasons. Retail stores that can anonymously monitor traffic flow inside them to tell advertisers how long people are pausing in front of end caps to see product information. It’s really a lot of themes that get pulled together by lighting because it is so pervasive.

CURWOOD: Associated Wholesale Grocers of New England based in Pembroke, New Hampshire was one of the first customers of Digital Lumens. Associated serves over 600 independent food retailers with one of America’s largest purchasing and distribution centers. We called up Bruce Courtois, the facilities manager to see how the lighting system worked for him. 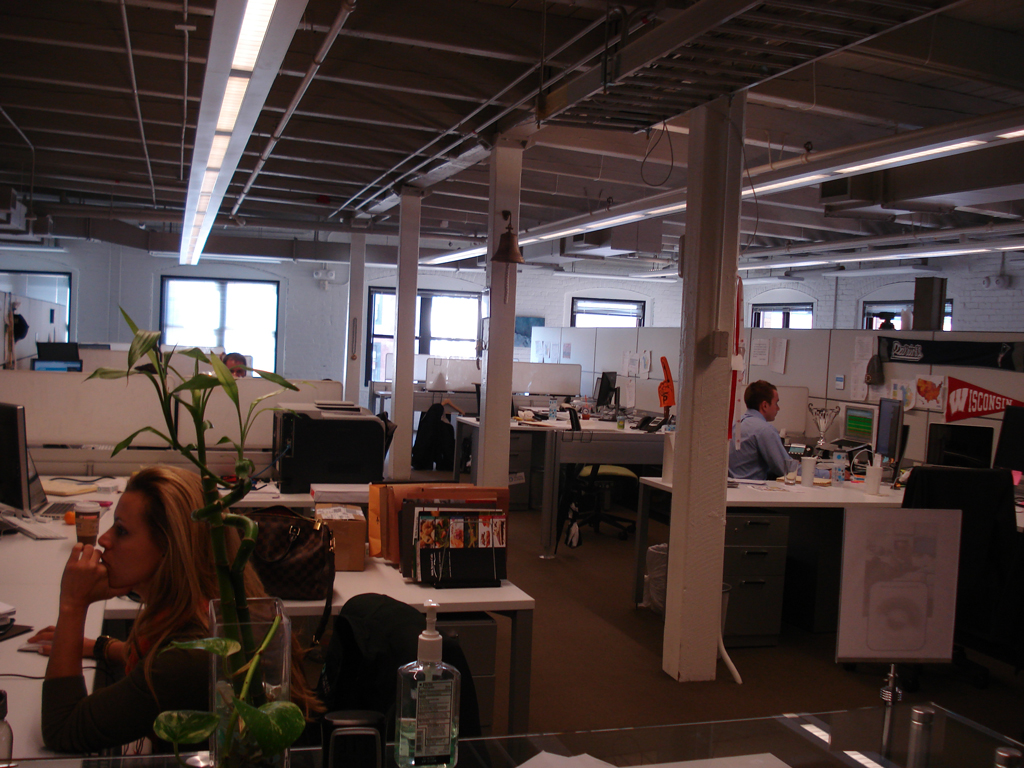 COURTOIS: We first did a section in our freezer - oh about a year ago and that’s when we were first introduced to the product and after that it was a no brainer. The savings have been tremendous, tremendous. We saved about 1.6 million kilowatt hours in just electricity alone. It comes down to about $200,000 dollars a year in our electric bill. With that and a rebate that we got from New Hampshire the payback on this was a little over a year. There are different LED lights on the market but the Digital Lumens product is a little bit advanced compared to other LED lighting.

CURWOOD: And Courtois outlined some other benefits.

COURTOIS: It tells you where there’s motion all of the time. All of a sudden you’re saying, well why are people always going to this part of the building at the beginning of a shift for a certain thing? Found out that it's a common product that everyone kind of orders. We moved that up to the front of the warehouse so there’s less travel time. Less travel time equates to more dollars and the light levels are so much brighter. Work production boosted because people could see better. It gives the person or company that installs this the creativity, I guess, of fine-tuning the lighting to how their needs are.

CURWOOD: Still with new technology involving computers, there can be glitches. Back at the Digital Lumens headquarters in Boston, product manger Tom Anderson said there is a steep learning curve, and customers can have problems.

ANDERSON: Usually it’s maintenance of our system. Our system has a lot of IT components, and so maintaining the communication between all of our lights and system can present some issues. So we work with them to make sure that we can resolve those issues remotely by connecting to their system and troubleshooting it from here.

CURWOOD: All in all, the company has had success after success. Again, engineer Steve Condo.

CONDO: I think the best one that I like was when we were releasing the 2nd generation product, we did a demo installation in a warehouse in Chicago. We put them up there and everything went great. The utility provider, once they’d installed our fixtures didn’t quite believe their meter. They actually sent someone out to go make sure that the meter was actually functioning because of the amount of energy we were saving. They started monitoring it to make sure they weren’t trying to pull a fast one over them. That’s like the best testimony. I think it’s my favorite because its entirely doable and it happens. People don’t believe you but it happens.

CURWOOD: And because it happens Digital Lumens has taken its better light bulb all the way to the bank. They started with five employees and now they are up to 100. And CEO Tom Pincince and his team have even bigger ideas.

PINCINCE: As I said earlier, we’re trying to make every single light intelligent. We’re going to start with industrial lights, go to office lights but pretty soon you’ll see intelligent lights in your home. We talked about what will that light know. Well, it may know a lot about you. So for instance, if you are one of those people who’s the quantified self, let’s say you have a heart rate monitor, and you jog, and you take your weight measurement every day. It may know that you are feeling particularly bad today. It may turn out that your sick. So it can actually change the color of the light based on how you’re feeling.

CURWOOD: Wait a second, this sounds more like a robot than a light.

PINCINCE: Well I think that of many of the things that robot is a pretty interesting analogy. Actually most of our guys came out of Carnegie Mellon’s robot labs.

CURWOOD: Call them lights or robots, Digital Lumens CEO Tom Pincince doesn’t care, just as long as they give them a try. Smart lights, he says, are here to stay, and along with all the other innovations in energy conservation, they are building new businesses and adding up to lots of savings in emissions and dollars.