The Spongy Secret of Coral Reefs 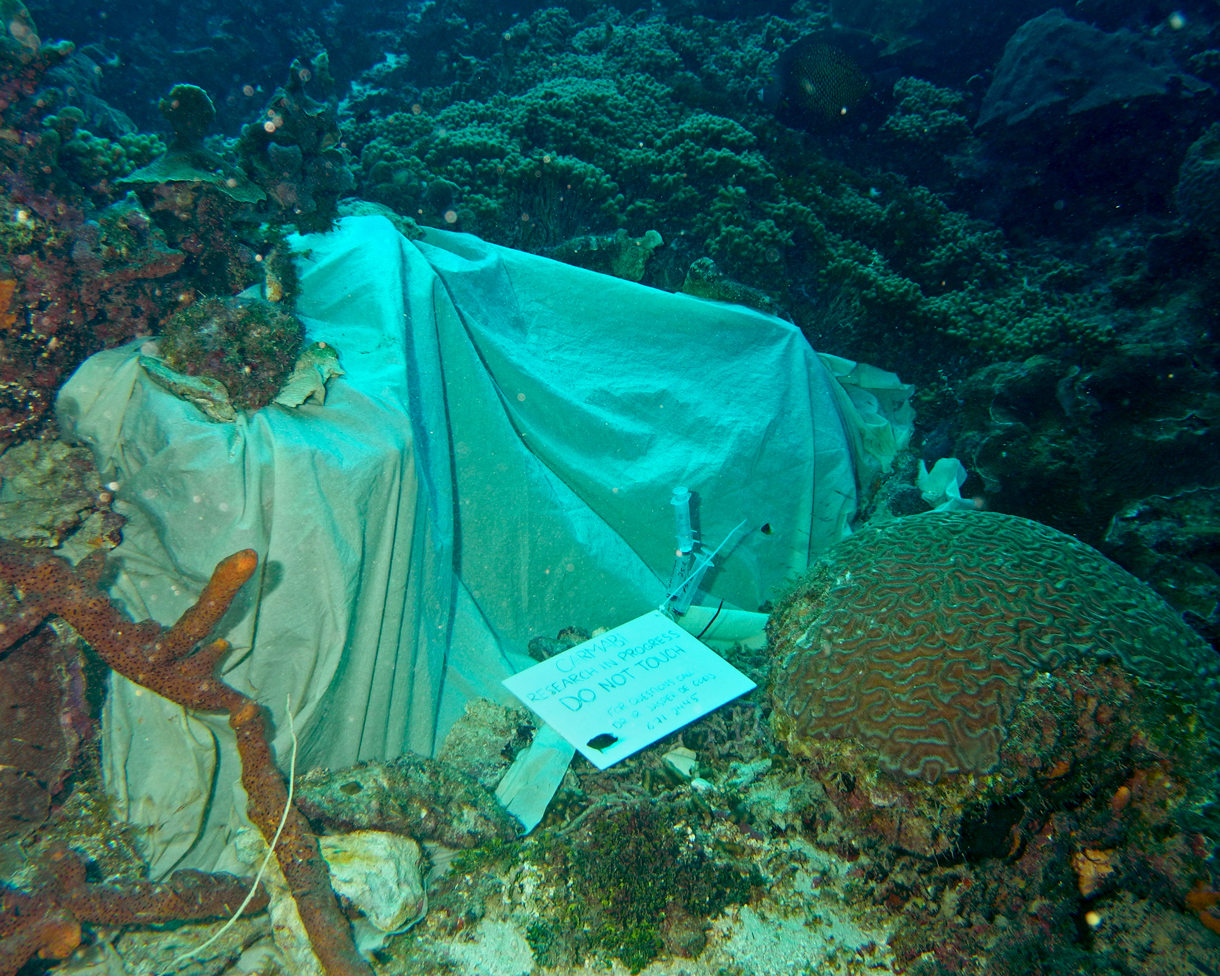 Since Darwin’s day, scientists have wondered how vibrant coral reefs thrive in the nutrient-poor waters of the tropics. Jasper de Goeij )of the University of Amsterdam in the Netherlands says that the humble sponge is the key.

CURWOOD: It’s Living on Earth, I’m Steve Curwood. Scientists have long marveled at the sheer diversity of life found on coral reefs. The clarity of the blue tropical waters means they are poor in nutrients, yet the reefs are the rainforests of the ocean, teeming with fish and coral. Now research from the University of Amsterdam in the Netherlands has found that a mostly ignored reef-dweller is playing a crucial role in feeding the other species that live there. Jasper de Goeij says the humble sponge is the simple answer to a fundamental question that has puzzled scientists for centuries. 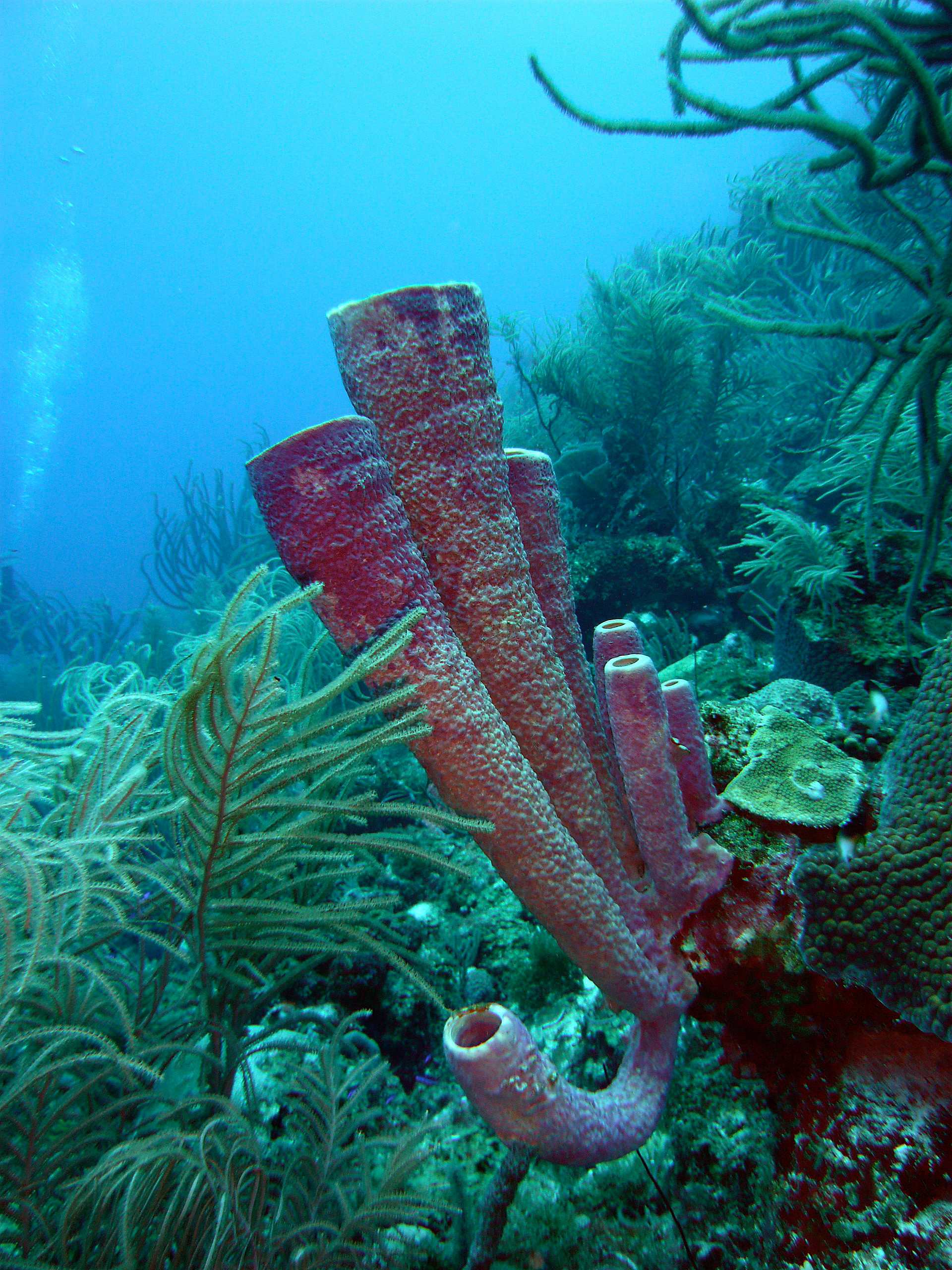 DE GOEJI: This question is actually one that Charles Darwin asked himself back in 1842 when he was discovering for the first time the beauty of coral reefs, and what he was thinking was, “How can a coral reef which is very productive and colorful and there’s a lot of fish and other species...how can that actually be such an ecosystem in the nutrient poor waters that the tropical seas are?” So in fact, a coral reef is sort of an oasis in the desert. Now we already knew that old energy and food that is on the reef is recycled constantly, but we didn’t know who did that and how that was done, and basically what we discovered is that sponges are sort of the key. They kind of recycle all the energy that is needed for a lot of organisms on the reef.

CURWOOD: So what’s the mechanism here? How are sponges able to make nutrients available to all the other creatures there in the coral reef? 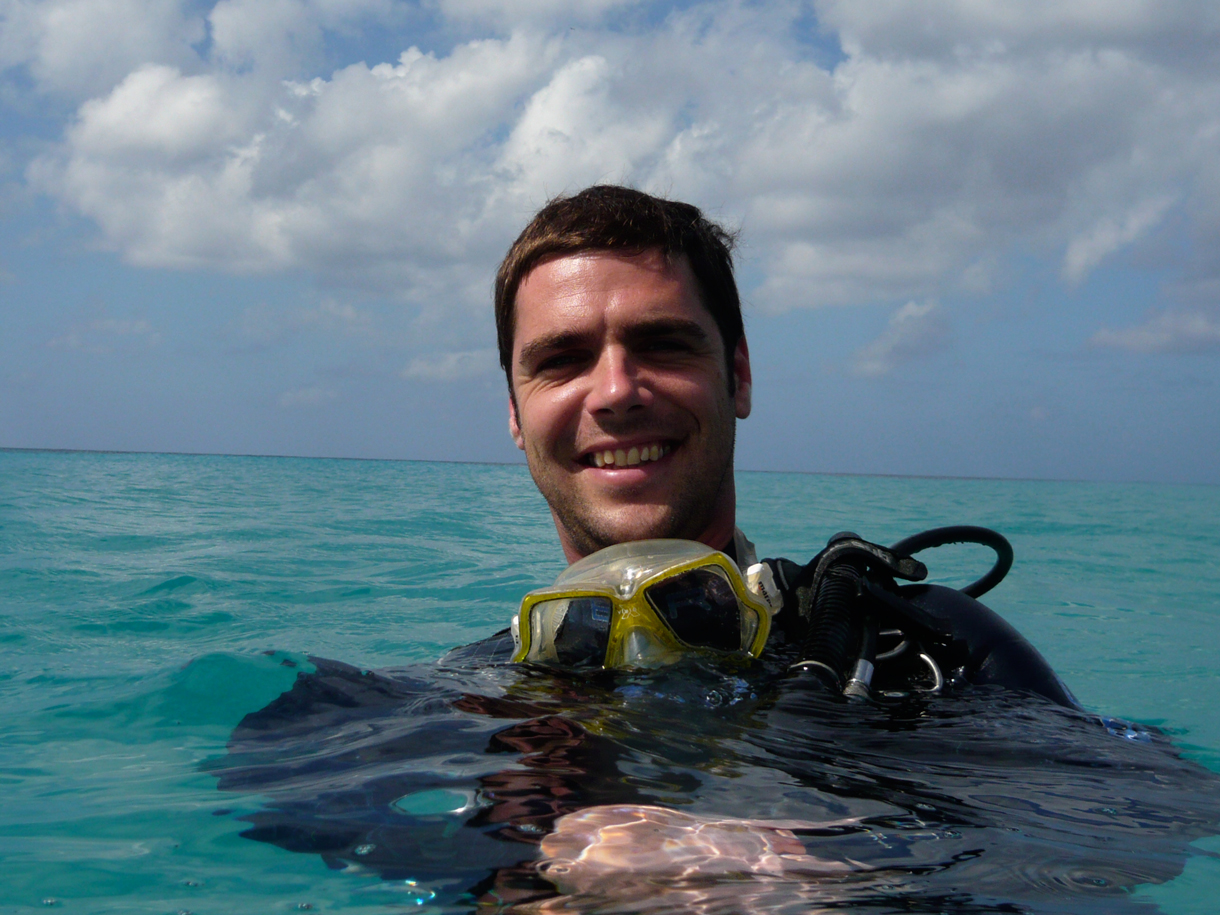 DE GOEJI: So basically it starts out with what we call the primary producers. Those are the plants on the reef, like the algae and the corals themselves, and they can make energy from sunlight, just like the plants on land basically. And the energy they take from the sun, they leak also away in the waters as substances we call dissolved organic matters, so...like sugar. If you have a cup of tea and you put sugar in, you don’t see it anymore, but it is there.

Now the problem is that these dissolved organic substances, they cannot be taken up by most organisms on the reef. Sponges are the only ones basically that can take this potential source of energy and nutrients, and instead of growing very large by it, because there’s no real space anymore on the reef, everyone wants to be on the reef, so the sponges, they can grow to a certain size. They use this food to make new cells, so basically they want to keep young. They make new cells and old cells are shed into the water, and basically these old cells, or the detritus, is raining down on the reef and that is actually a nice food for other organisms. 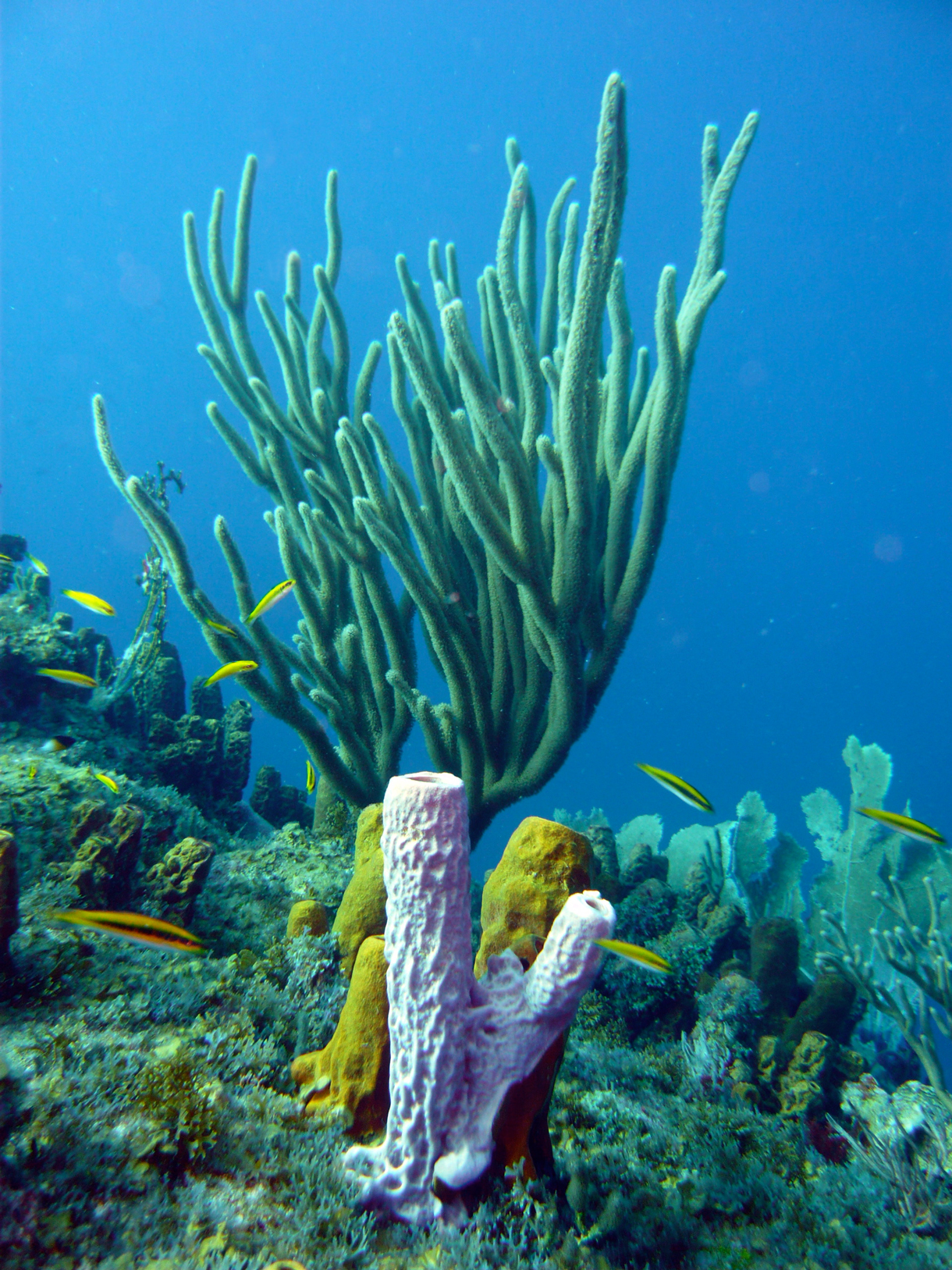 CURWOOD: I understand you call this the “sponge loop”?

DE GOEJI: Yes, because, in fact, the old energy that is made by the reef, by all the corals and the algae, is converted to particles, to sponge detritus, or sponge poo, by the sponges. So it’s actually every bit of energy that is available is recycled through sponges in a sort of sponge loop.

CURWOOD: By the way, remind us exactly what is a sponge?

DE GOEJI: That’s a very good question. There’s many sponges. There’s about 15,000 species, and to compare, there’s only 5,000 mammals, and so there’s a lot more sponges than mammals on Earth. And sponges, in fact, are the first form of multi-cellularity. So basically, before the sponge about 700 million years ago, you only had single-celled organisms like bacteria and single-cell algae, and the sponge is basically an animal but it doesn’t have any organs or eyes or feet - it’s just a couple of cell layers. 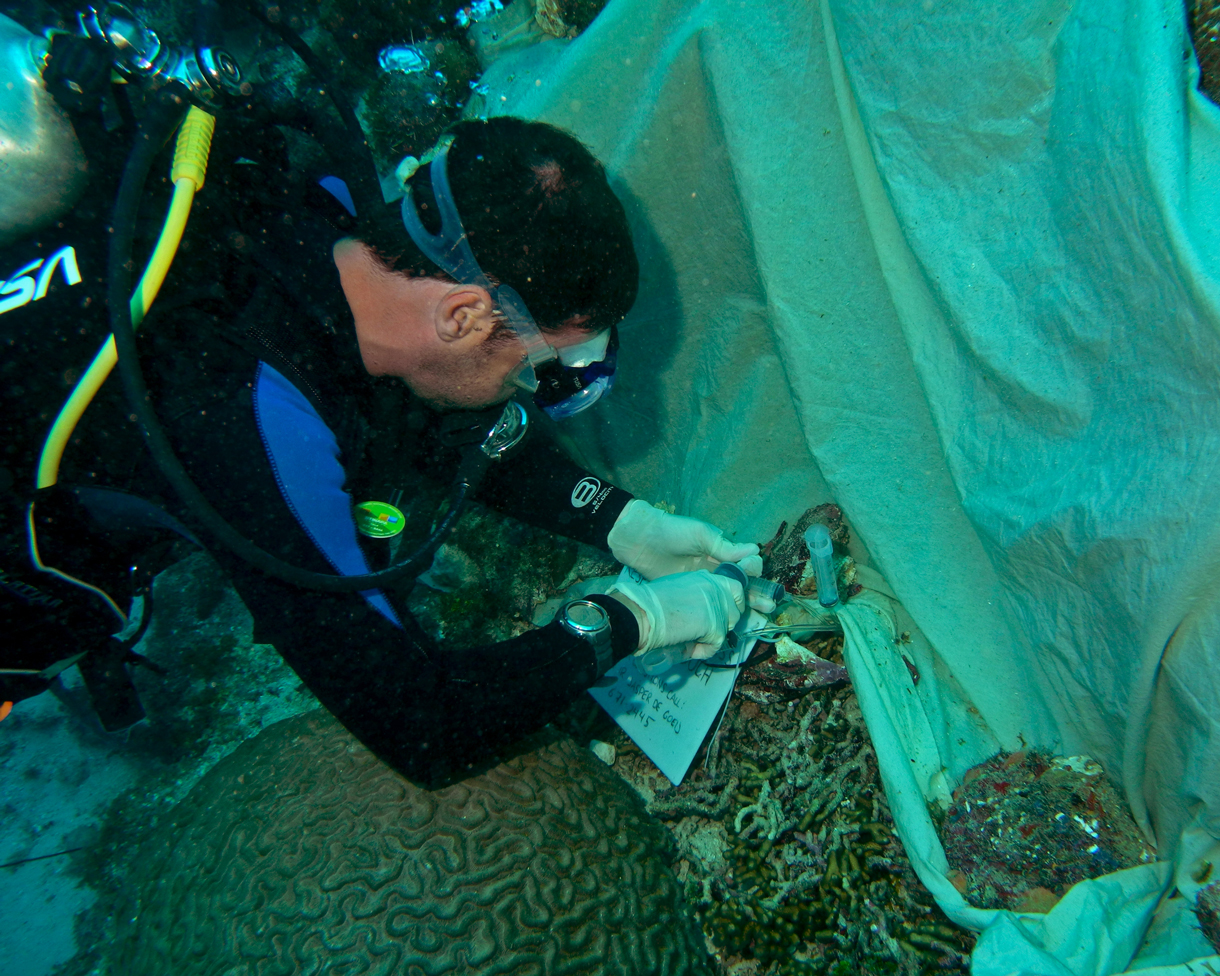 CURWOOD: How are sponges faring around the world? What about global warming? What about ocean acidification? 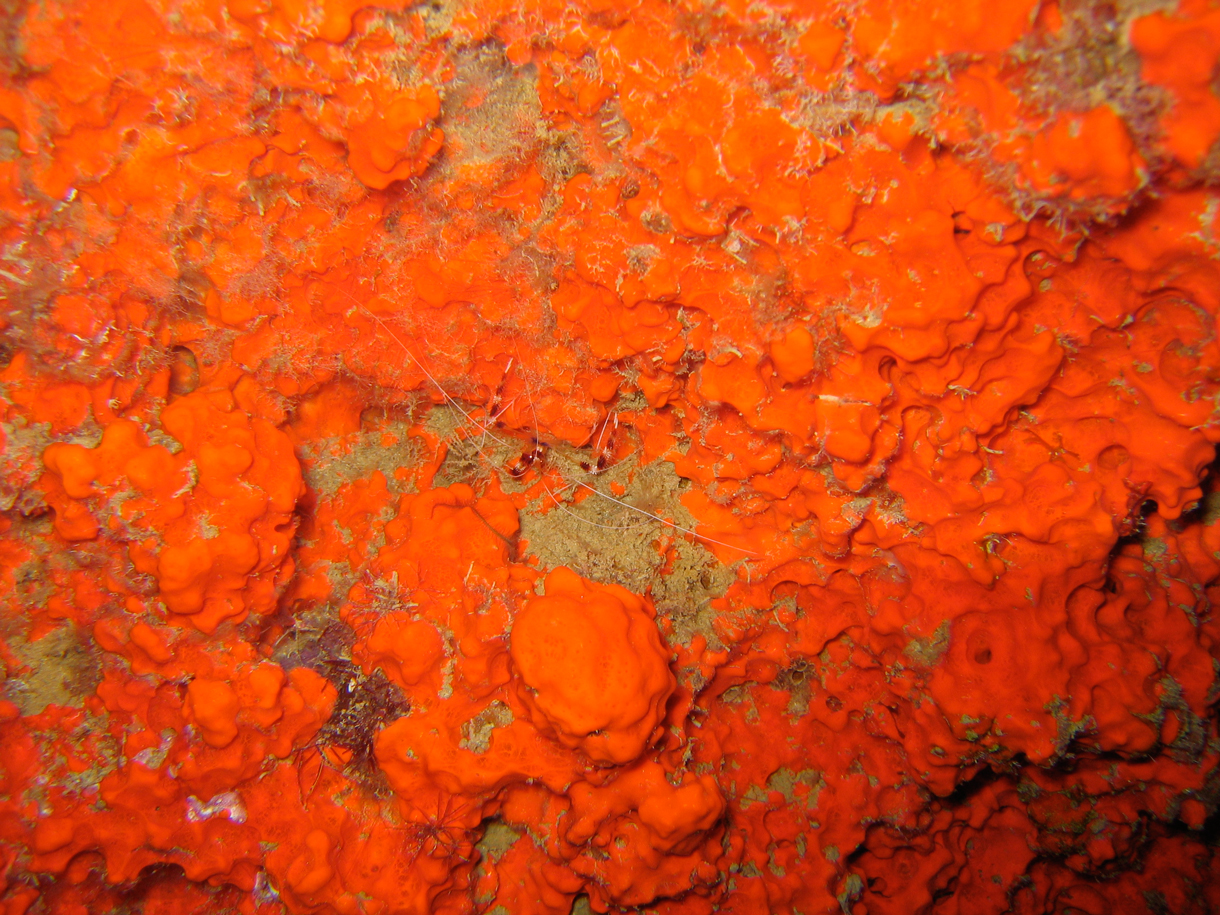 DE GOEJI: The global warming and ocean acidification will probably not affect sponges so much because the acidification of the oceans mainly affects organisms with a carbon skeleton like corals for example. Some sponges have that, but most of the sponges actually contain a glass skeleton, so I think that sponges will actually survive, and there is actually some people that believe that slowly, most of the coral reefs, if we don’t do anything, will change into sponge reefs.

So I think nobody should be too worried about sponges. I actually, recently, found a lot of sponges, in the Amsterdam canals. I don’t know if people listening to the radio have ever been to Amsterdam, but those are not the cleanest places, and they’re around for 700 million years. They’re very successful, and in fact you can find them from tropical reefs to mountain lakes to Antarctica. So I guess they are organisms that can adapt very well to their surroundings.

CURWOOD: How do you think your findings should shift how we think about protecting and conserving coral reefs? 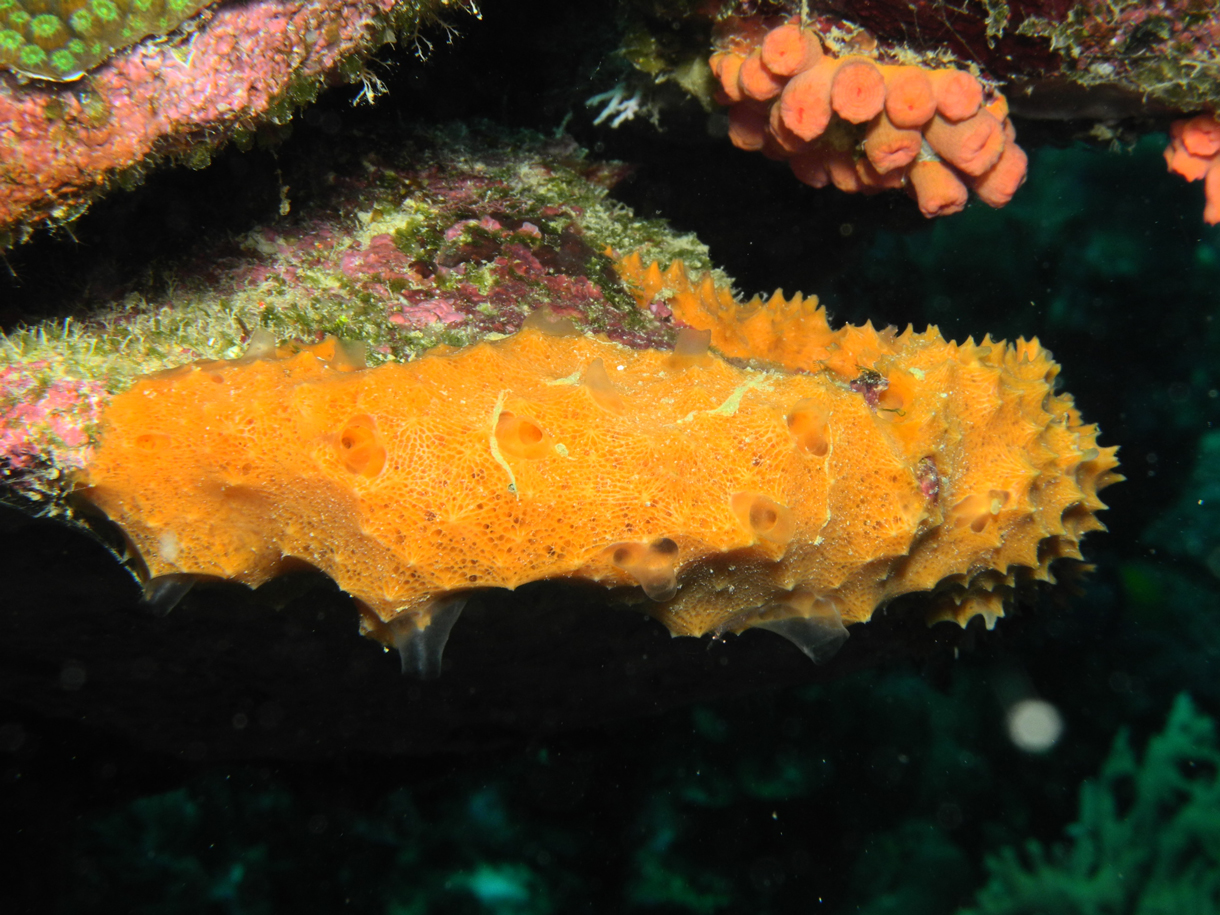 DE GOEJI: It is unfortunately so that coral reefs are not doing that well around the world. They’re rapidly declining because of climate change and human impact, and it’s very important to conserve them because they’re important socioeconomic areas for local communities - island communities. Now the whole coral science is pretty young, only 50, 60 years we know how to scuba dive, so we know how to go down there and do research, and then I think the obvious thing to do is start by what you see in this. At first we studied the corals, and then the fish and the algae, and I think that sponges were not considered just because they’re not so obvious as the corals and the fish. But to conserve a system, you need to understand it, and now we know that sponges are important. We really have to include them in management conservation programs. 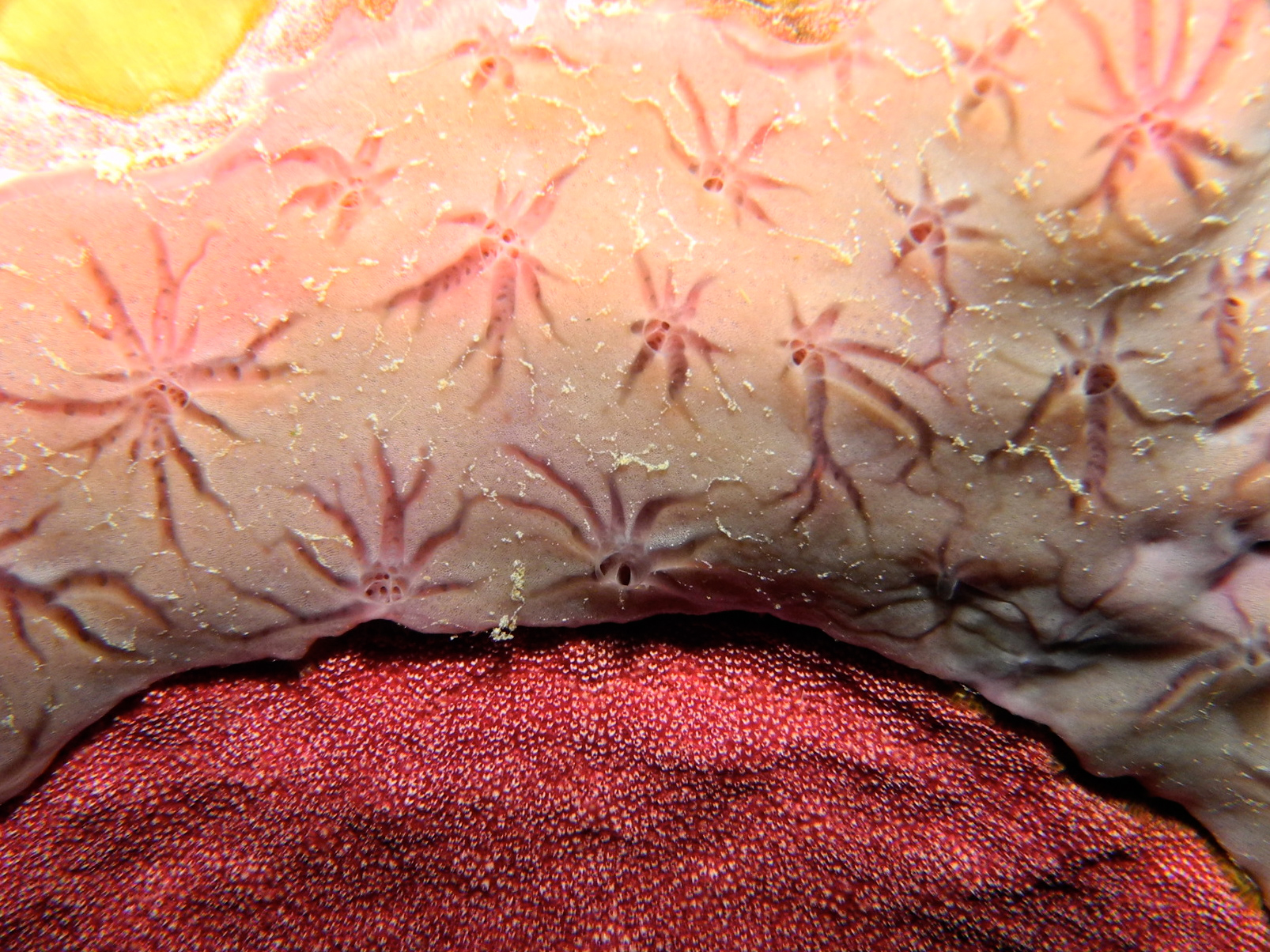 CURWOOD: Jasper, what do you hope comes out of your research?

DE GOEJI: Well, I’m always interested in the fundamental science. I like to know how an ecosystem like the coral reef works because it’s just a complex and beautiful system, but I also like to do something with the knowledge. So, for example, use the concept, hey, you know how a coral reef works, you basically know how a very productive ecosystem works without producing waste. So can we learn from that, can we use that as concepts for sustainable agriculture, for example. So I’m very interested also in applying some of the science that we do. 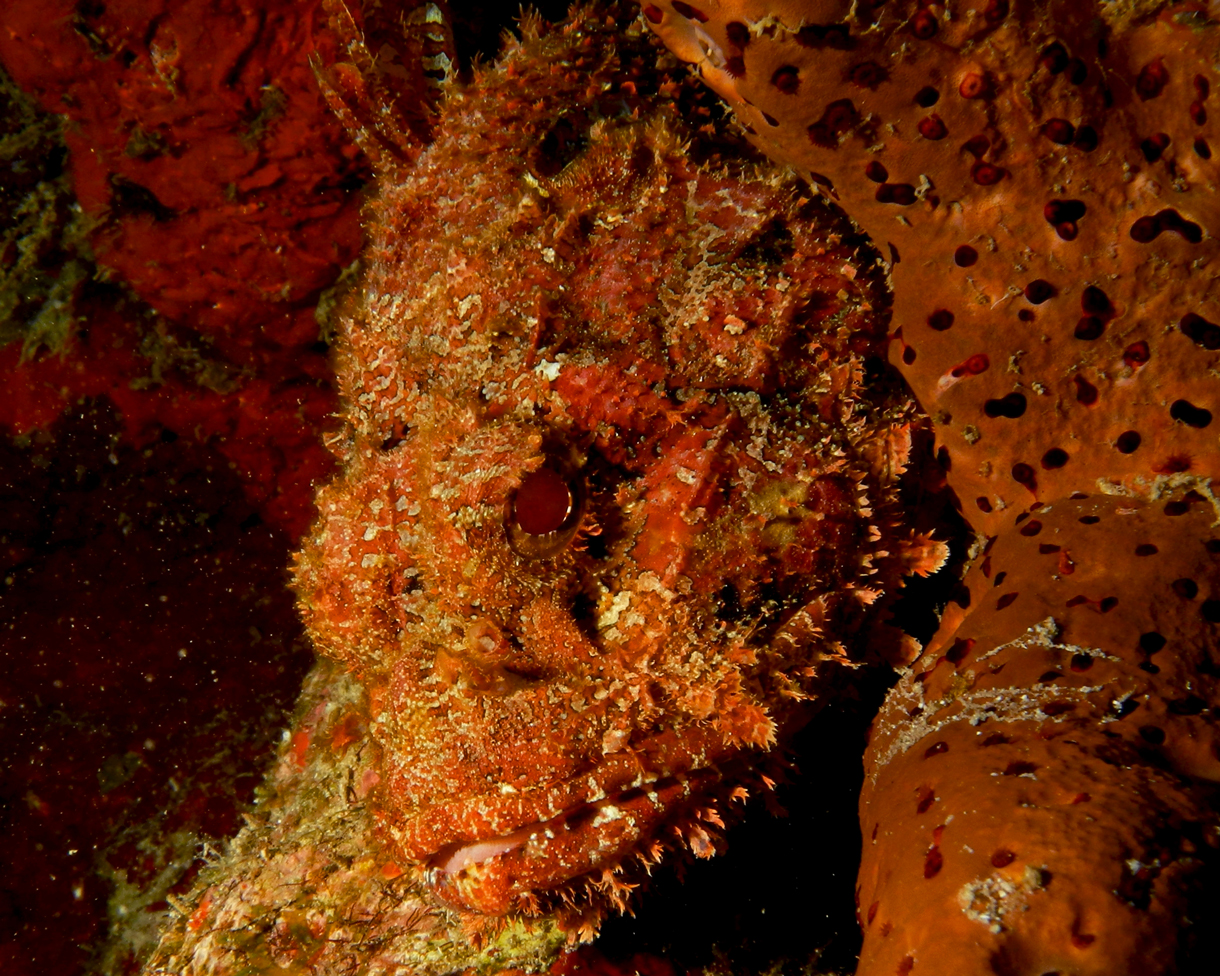 CURWOOD: Jasper de Goeij is a Biologist at the University of Amsterdam. Thanks so much for taking this time.

DE GOEJI: Thank you very much.

Read the paper in Science