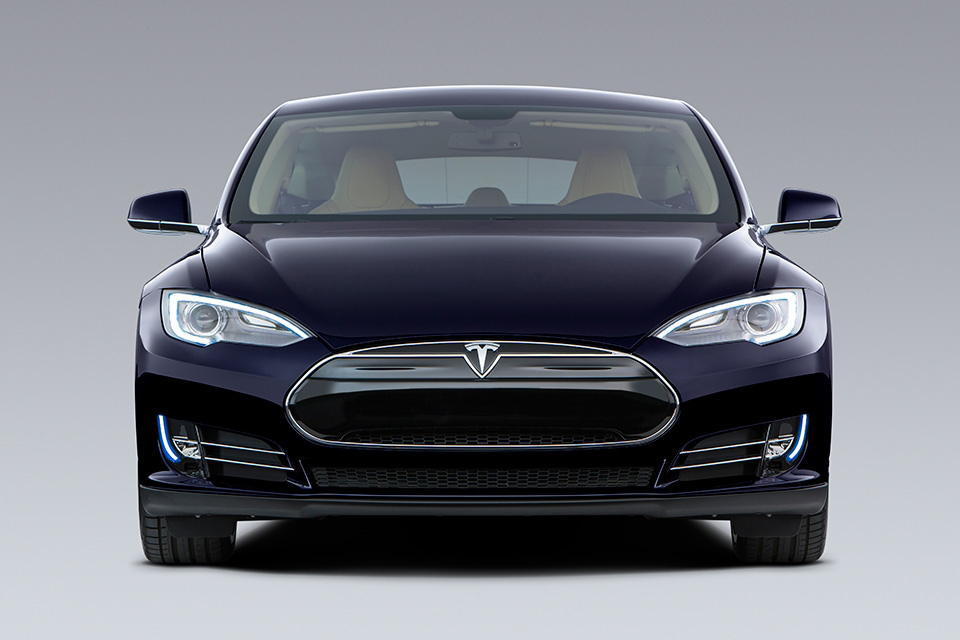 Consumer Reports declares the Tesla S to be the best car it has ever tested, and the electric car company's stock is ten times higher than a year ago. Environmental writer Jim Motavelli specializes in green transportation and joins host Steve Curwood to talk electric cars.

CURWOOD: The electric car market is suddenly booming, and the big automakers can’t seem to get to market fast enough. BMW is among the latest to jump in, joining GM, Ford, Chrysler, Nissan and Honda, among others. But if the checkered flag were to come down right now in this race, the trophy would go to Tesla Motors, started by entrepreneur Elon Musk. Consumer Reports named the Tesla S the best car they’ve ever tested, and the company's stock price is about ten times higher then it was a year ago. Jim Motavalli is an environmental writer who specializes in green transportation. Welcome to Living on Earth, Jim.

MOTAVALLI: It's great to be on, Steve.

CURWOOD: So, Jim, why do you think investors are so excited about the Tesla?

MOTAVALLI: Well, it’s something entirely new. We've seen electric cars pretty much as good enough cars, with only about 100 miles of range which cause range anxiety, and the performance was nothing to write home about, and storage space was compromised by the batteries. Almost none of that is an issue with the Tesla model S. You get lots and lots of space in the front and the back. You get an amazing amount of passenger room including two jump seats. You can actually put seven people in the Tesla model S. It's incredible looking, and it's very, very fast. It goes like the proverbial bat out of hell. It’s just amazingly fast - what is it, five or six seconds, 0 to 60? And then there's that 300-mile range, which admittedly you have to buy the top line 85 kilowatt-hour battery to get. If you talk to Elon Musk he’s always said that what he wanted to do was build a car that was better than a gas car, and I think in many ways he has done that with the model S.

CURWOOD: So, what’s the catch, Jim?

CURWOOD: Whoa. So who buys these things? 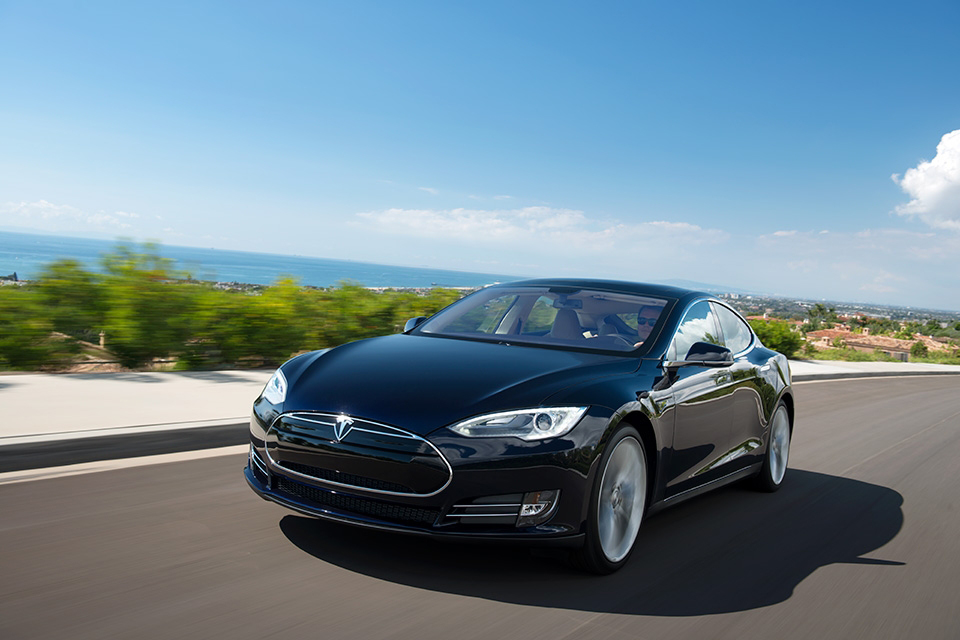 MOTAVALLI: Well, I would say it’s your upper-middle class and upper-class citizenry, people who love new technology, early adopters, people like that. Also, very green people I think have been buying them. We may run out of people who are both very green and have lots of money fairly soon, I'm not sure. But the company has not been standing still. It's coming out with a lot of new things, like very fast charging. It's expanding its supercharger network all across the country. They’re coming out with new models, including an SUV that's gonna be on the Model S platform. They just announced that they’re going to do battery swapping. And down the road is a much more affordable Tesla that’s supposed to be in about the $30,000 range.

CURWOOD: Tell me about the size of this battery? People talk about hooking electric cars up to their house? What could this do for my house if I could power my home with it? 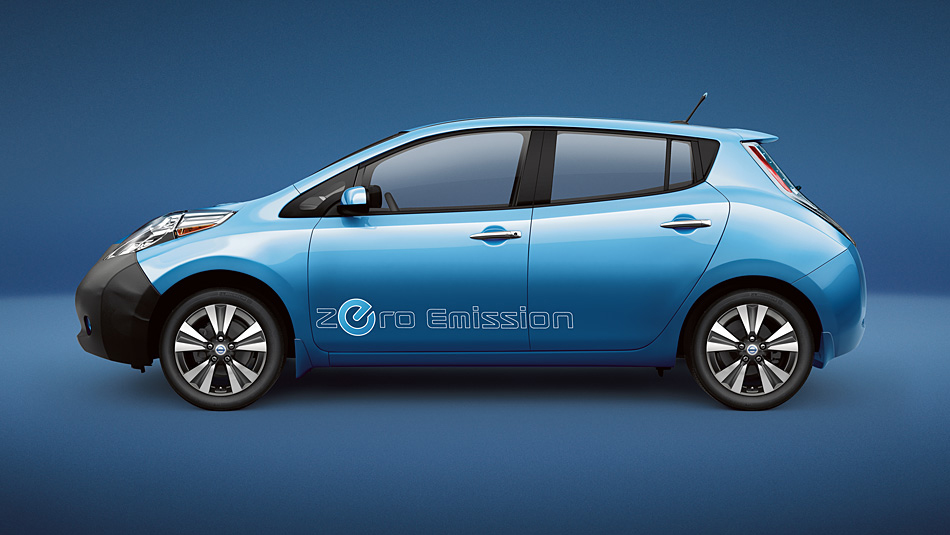 MOTAVALLI: Well, I think that we will see that kind of application very soon. Nissan already has the kind of thing. It's called V2G, or vehicle-to-grid. And there are some experiments going on at the University of Delaware where they’re looking at having electric cars feed power back into the grid. And it really is more effective if you have a bunch of cars doing it at the same time which is what they're sort of working on there. And certainly you would be able to get payments amounting to about $5 or $10 a day from your utility company if you allow it to draw power from your car. Basically the idea is that if there's enough cars there it means I don't have to fire up another power plant and they save enormous amounts of money so it's worth paying you a little bit to have your car accessible when it's charging.

CURWOOD: $10 a day? Well, that would help with a $300 a month car payment. I suspect the Tesla’s a way bigger number than that.

MOTAVALLI: Yes, and I don’t know whether the people that buy Teslas really need $5 a day, but it’s interesting that it’s out there.

CURWOOD: So how are the other electrical companies faring? 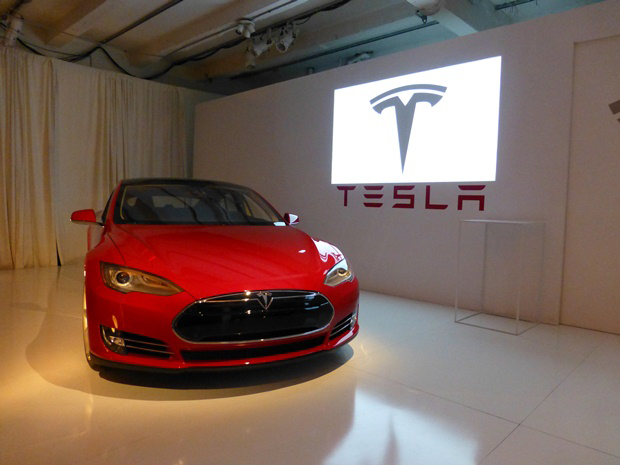 MOTAVALLI: Well, the first year...if you say 2012 was really the first full year of electric vehicle production and maybe 50,000 of them were sold in the US, which is not a big number...it’s less than half of one percent of all the vehicles sold and I would say 2013 will probably have 80,000 sold. So its progress is not a huge amount. I think one of the things that's driving the market right now is very low-cost battery and electric vehicle leasing. You can get a car for $199 a month and that’s just a good deal. From Honda, from Nissan, from Chevrolet, they’re all offering $199 leases. One of the reasons automakers are very keen on selling electric cars is they need to meet the California zero mission vehicle requirements which are starting to ramp up. 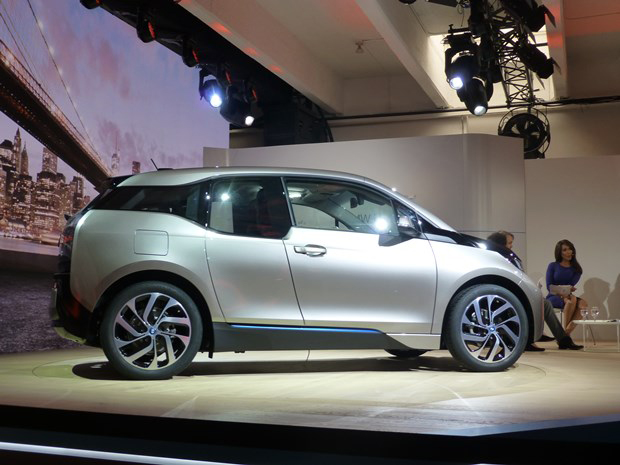 BMW’s electric i3 in a showroom in New York (photo: Jim Motavalli)

CURWOOD: Explain the California rules for those who may not be so acquainted.

MOTAVALLI: Well, if you look at the federal rules, all it requires is the automakers to reach a certain fuel economy target. So you don't have to do that with electric cars, but California really has actual quotas for electric cars. They have to make a certain number of them. And it’s never been clear to me whether they have to produce them or also sell them, because you can't really mandate that people buy cars, but that is basically the mandate. They want a certain percentage of electric vehicles on the road by certain dates. And as I mentioned, it ramps up. By 2025, they’ve got to be pretty seriously into this if they want to sell cars in California. And right now I believe it's about 38 percent of all the EVs sold so far have been in California, so that is by far the biggest market in the US.

CURWOOD: So, Jim, what will it take for us to see more electric cars on the US roads? 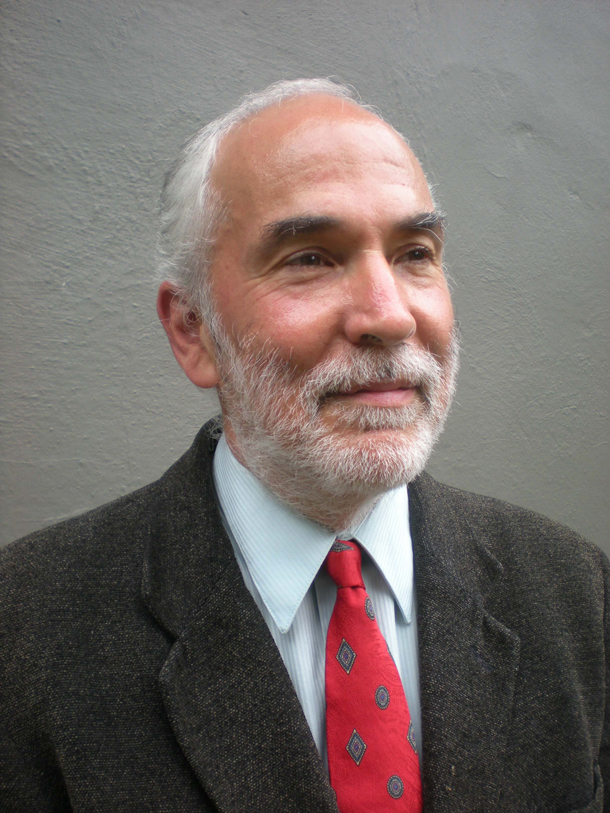 MOTAVALLI: Well, I think that more people have to be aware that they’re available. That’s kind of a problem right now. The auto companies are starting to do a lot of advertising and awareness campaigns. I think people are pretty well aware that there's hybrid cars on the market. They’re probably a bit unclear as to what a plug-in hybrid is and the fact that there’s a number of battery electrics available now, I think a lot of people aren’t quite geared up to that yet. It takes a while. I mean, if you look at what happened when we switched from the horse to the horseless carriage, it didn't happen overnight and there was both of them on the road for a long time. I think if we are looking at a transition to the electric car, it’s not going to happen really quickly. I think looking ahead to the next 20 years, there’s still going to be gas cars on the market, maybe even 30 years.

CURWOOD: Jim Motavalli is an environmental writer who blogs for the New York Times. Thanks so much for joining us, Jim.

MOTAVALLI: It was great to be on.