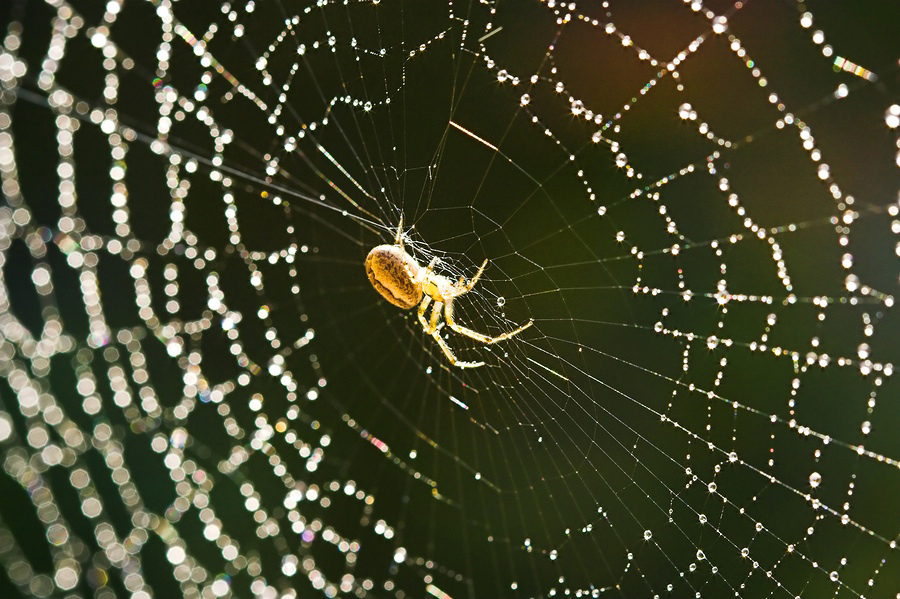 A cross spider, or garden spider, hangs in its web. (Photo: bigstockphoto.com)

Spider webs can bend toward prey, according to a new study from U C Berkeley. The electrostatic charge of flying insects attracts the silk strands of the web, potentially aiding spiders to catch a meal. Erin Weeks reports.

CURWOOD: It’s Living on Earth; I’m Steve Curwood. In a minute, some distinctly unwanted bugs. But first this note on emerging bug science from Erin Weeks.

WEEKS: It’s a scene that plays out in summer gardens everywhere: a flying insect hums past, but fails to notice the gleaming strands of a spider web - until it’s too late. It’s glued to the silk, and soon a bulbous arachnid scuttles into view, and the unlucky insect becomes dinner.

A new study shows there’s more than luck at play here. A pair of researchers from the University of California at Berkeley have found that spider webs can actually reach out and grab prey.

Scientists have long known that vibrations caused by wind, the stickiness of silk, and even the architecture of webs can help a spider land a meal. Now they can add electrostatic charge to that list of helpers. 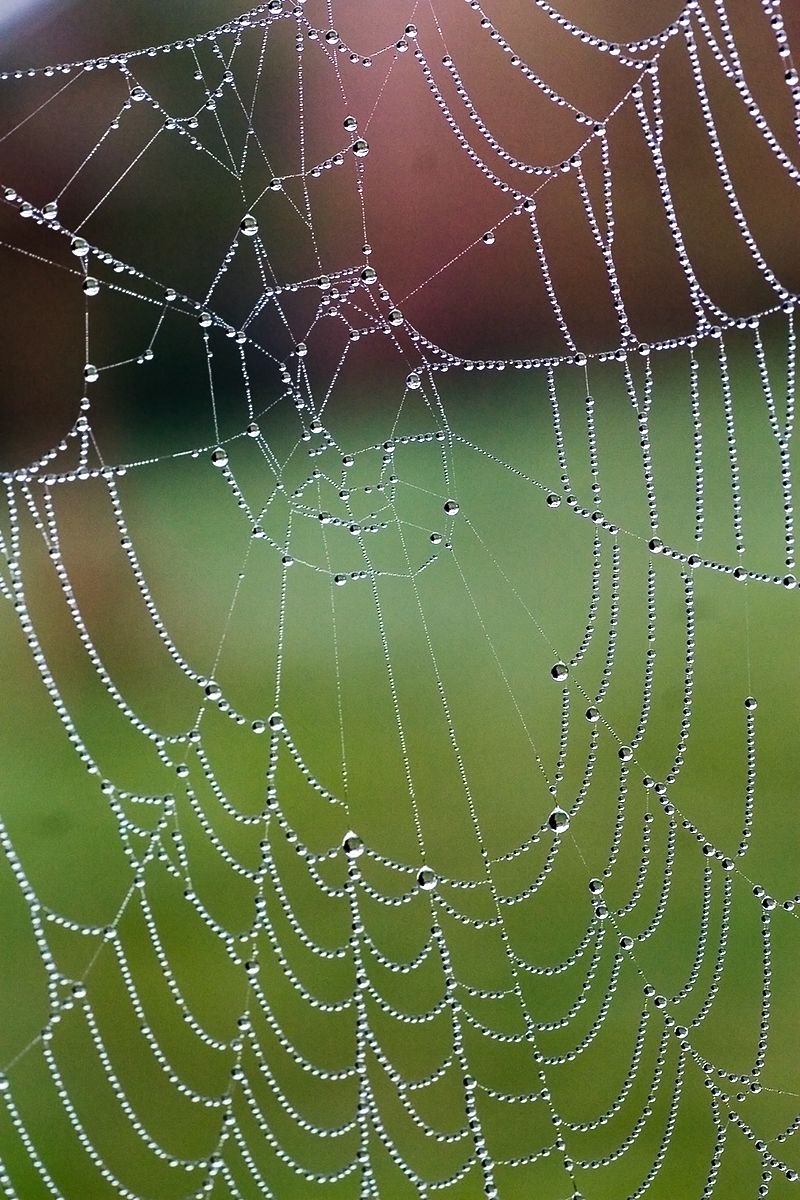 Spider webs can be attracted to the electrostatic charge of flying insects (Photo: Steve Ford)

The UC Berkeley team conducted an experiment that showed the electric charge insects generate as they fly can cause a spider web to bend toward the potential prey.

The scientists went out onto the Berkeley campus and collected a dozen garden spider webs. They also collected some insects: a handful of honeybees, bottle flies, fruit flies, and aphids.

Since the test insects were dead and couldn’t generate their own electrostatic energy, the researchers had to charge them artificially. They then dropped the charged bodies onto a web, filming the interaction between silk strands and insect.

Time and time again, they saw the web lean toward the insect.

It was only a tiny deformation, just a couple of millimeters. But in the insect world, mere millimeters can be the difference between life and death.