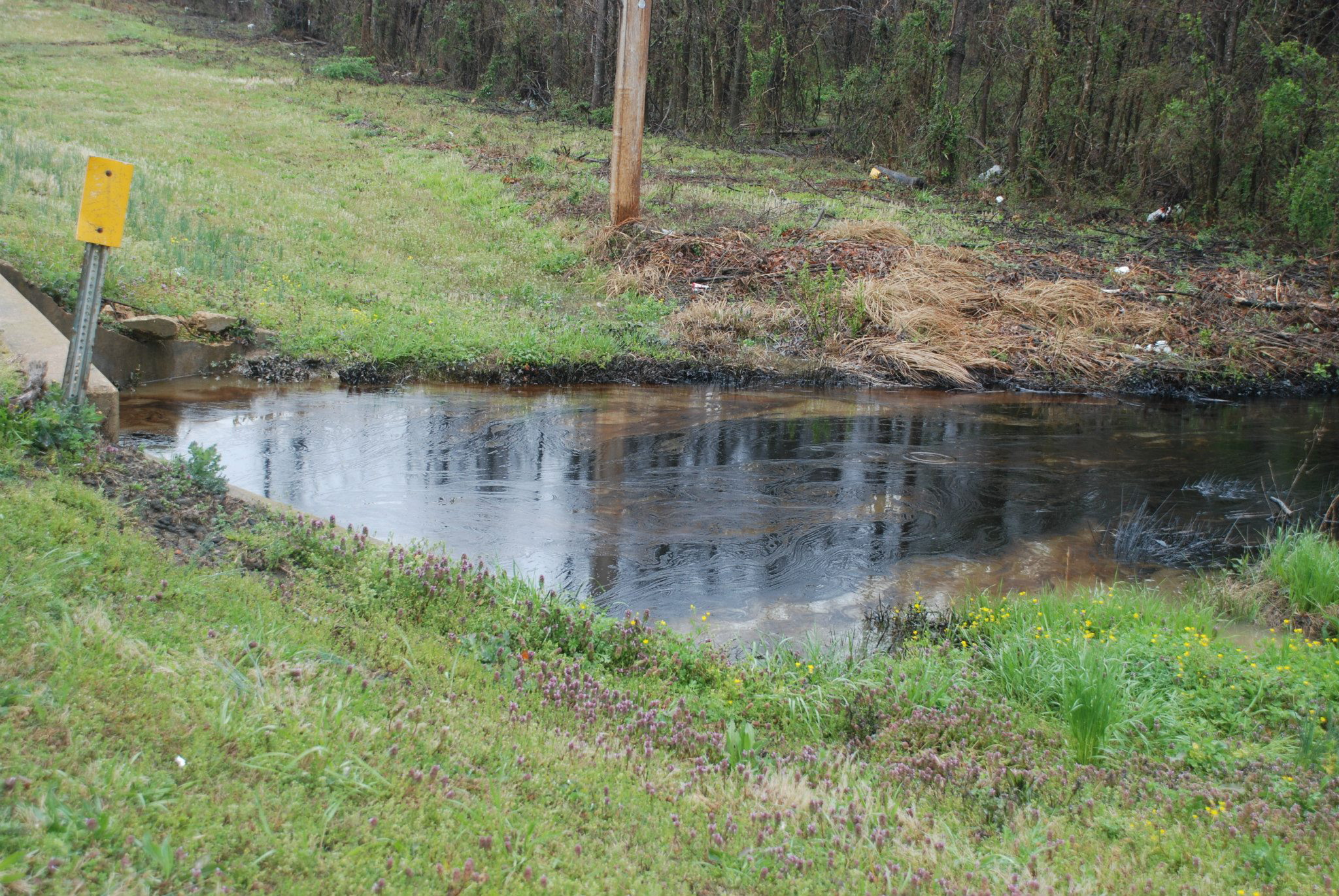 On March 29 an Exxon oil pipeline ruptured in the community of Mayflower, Arkansas, sending 5,000 barrels of diluted bitumen into the community's yards, homes, and waterways. Dustin McDaniel, the Attorney General of the state of Arkansas, tells host Steve Curwood about a lawsuit his office and the federal government have filed against Exxon for violation of the Clean Water Act and the illegal storage of hazardous waste.

CURWOOD: ExxonMobil, the federal government and the State of Arkansas have already begun battling in court over the spill of tar sands crude from a ruptured pipeline in Mayflower Arkansas that occurred March 29. The rapidly filed lawsuits seek damages from ExxonMobil for 5,000 barrels of diluted bitumen that spilled into the yards and homes of area residents. 22 families were forced to evacuate, and oil has contaminated the local river and lake. Here to explain the new lawsuits is Dustin McDaniel, the Attorney General for the state of Arkansas. Welcome to Living on Earth.

MCDANIEL: Thank you. It's a privilege to be with you.

CURWOOD: Privilege to have you. Now, basic question here - why are you suing Exxon? On what grounds?

MCDANIEL: The lawsuit that was filed by the Department of Justice on behalf of the EPA and my office on behalf of the Arkansas Department of Environmental Quality is simply for penalties under Clean Air and Water Acts and hazardous waste laws. The state and federal government worked together trying to resolve this in a settlement and when that was not successful we filed our lawsuit.

CURWOOD: Now, some have said that this is rather quick, just three months after an incident, to be headed to court with a formal lawsuit; usually these things are negotiated for some time. What's the hurry here?

MCDANIEL: Well, it is rather quick, and I don't think that we anticipated bringing litigation this quickly, but under the law, citizens have the opportunity to file a lawsuit and stand in the shoes of the government if they believe that the government has not or is not adequately litigating the interest of the public. And the only caveat to that is that a citizen lawsuit requires a 60-day notice to the government and the government within that 60 days has the opportunity to either file their own lawsuit and litigate themselves or to some extent abdicate our responsibilities and allow private parties and private lawyers to bring their litigation. That came rather early in this case.

CURWOOD: You got a petition? 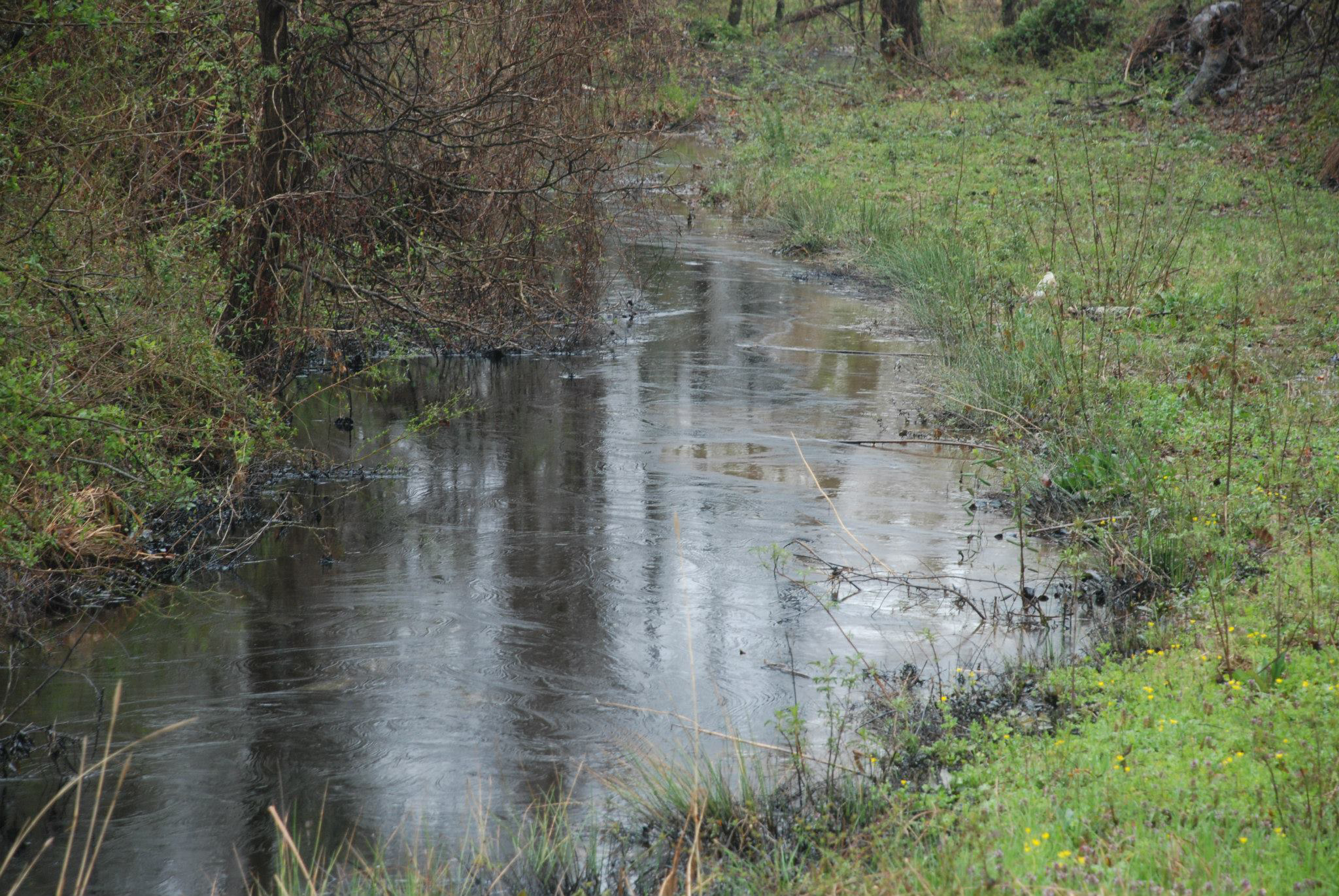 MCDANIEL: We did. A lawsuit was filed a little over two months ago. The notice came a little over two months ago. And so it to a great extent forced the hand of the state and federal government. And we had 60 days to either resolve our claims or be masters of our own ship and, certainly, I think that the Department of Justice and the State Attorney General’s office have a responsibility to litigate on behalf of the governments of the state and the federal government rather than abdicating that to private lawyers.

CURWOOD: What kind of neighbor is Exxon Mobil being in this situation? Is it a case where they are fully accepting the responsibility and are fully cooperative? Or are they giving you kind of a hard time?

MCDANIEL: You know, I think that it's not as easy as many would like to paint Exxon with one brush or the other. I think that they have done a really good job with response and cleanup, but then they break the law when they store the stuff that they removed from the site. They were, they being Exxon, were taking barrels filled with oil and water, soil, wood, wood chips, etcetera, concrete, things from the cleanup area. And they were transporting these and storing these illegally at a facility that they own not far from the site. Department of Environmental Quality in Arkansas had demanded that they cease-and-desist because they did not have a permit to be storing hazardous material in that location. They did not do so, and they still to this day have material in that facility. So we added a violation of the Arkansas Hazardous Waste Act in this litigation. So I can say fairly, yes, they’re doing well in removing things, but they're breaking the law when they move it somewhere where they shouldn't. I’ll also say that we have a lot of unanswered questions, and their lawyers are very deserving of the reputation that they have of being staunch advocates for their client.

MCDANIEL: Yeah, Whenever I ask questions about “tell me exactly what you think caused this rupture” which we still don't have even a preliminary answer for, I'm told, “well we wouldn't want to speculate so we’re not...you’ll get the report when everybody else does.” "Tell me when we can expect some assistance from Exxon on the costs of this process because I don't think the taxpayers of Arkansas should be required to bear the burden," we’re told “well, you know, that's premature, and you really shouldn't expect any immediate compensation from Exxon.” They are handling this in a way that is reflective of a major company that has a major release issue every year - and they have - every year for the last four, five years. And so they know how to manage their liability exposure. We're trying to play catch up, and I think we’ve proven to be pretty quick studies.

CURWOOD: Of course, this leak in Mayflower happened just as Washington's heating up with talks about the proposed Keystone XL pipeline. That project, of course, would bring tar sands, crude, and diluted bitumen, this is the same stuff that was being carried by the Pegasus pipeline from Canada's Texas refineries so, Attorney General McDaniel, given your experience in Mayflower what's your opinion of the Keystone XL project?

MCDANIEL: Well, I have been on the record in support of Keystone in the past under the logic that our needs are still present; our pipeline infrastructure is aging; but, this crude...it wasn’t even considered crude oil until...it wasn’t even considered oil...it was a completely different product. It's the consistency of asphalt. It has to be diluted with extremely powerful chemicals, and it does cause a serious environmental impact if it is released even in a small amount. And so I trust Secretary Kerry to carefully evaluate all of the circumstances on whether or not he approves the pipeline. If the pipeline is approved, I fully expect that Mayflower would be a good instructive incident as to why every possible precaution should be implemented and then some. And reminders to those who are going to profit so heavily from the creation of Keystone have to be reminded of the social compact that it is a privilege with which comes enormous responsibilities.

CURWOOD: Dustin McDaniel is Attorney General of Arkansas. Thank you so much for coming by, Sir.

MCDANIEL: It’s a privilege to be with you. Thank you for the good work that you do.