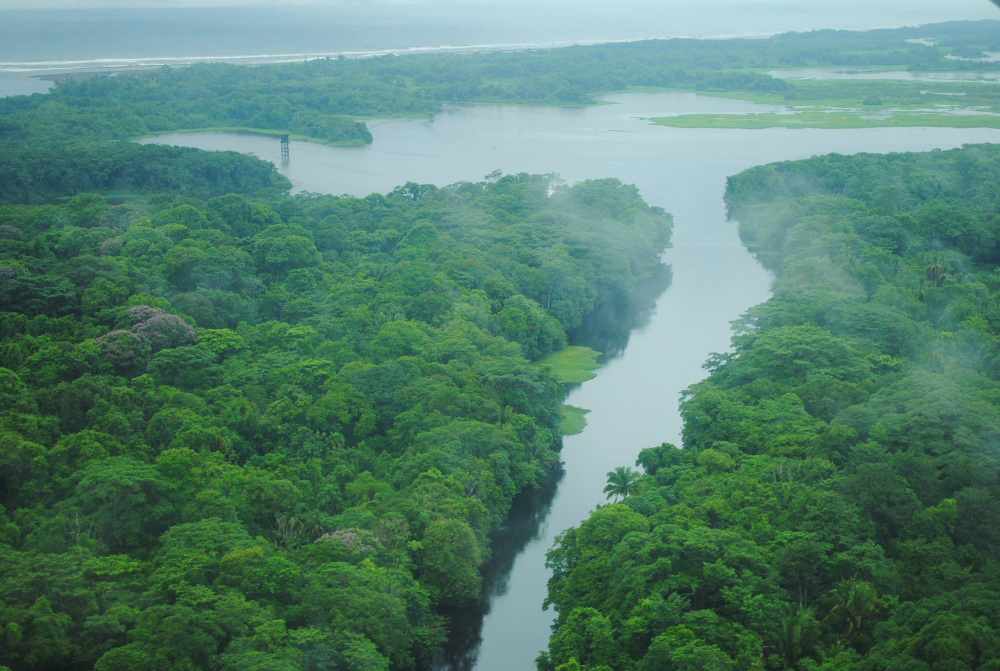 Greytown from the air. This is the furthest Nicaragua ever got to a canal—a 2 km canal cut by Cornelius Vanderbilt 150 years ago (photo: Tim Rogers)

The first ships sailed down the Panama Canal in 1914. Now, nearly one hundred years later, Nicaragua has an agreement with a Chinese company to build a canal of its own to link the Pacific and Atlantic. Journalist Tim Rogers and host Steve Curwood discuss the potential environmental impacts of this 40 billion project.

CURWOOD: It’s been almost 100 years since the first ship sailed through the Panama Canal. Now, as Panama expands its canal to accommodate bigger ships, another Central American country is looking to connect the Pacific and Atlantic oceans. A deal between a Chinese company and the Nicaraguan government has been reached to build a rival canal. Tim Rogers is a correspondent for the Christian Science Monitor based in Managua and he joins us now by Skype.

ROGERS: Nicaragua's been sort of fantasizing about a canal for almost 150 years in one form or another, and this is an issue that never goes away. It’s sort of a chimera that Nicaragua has been chasing for a very long time.

CURWOOD: Give us a bit of a geography lesson that makes Nicaragua a prime candidate for this. 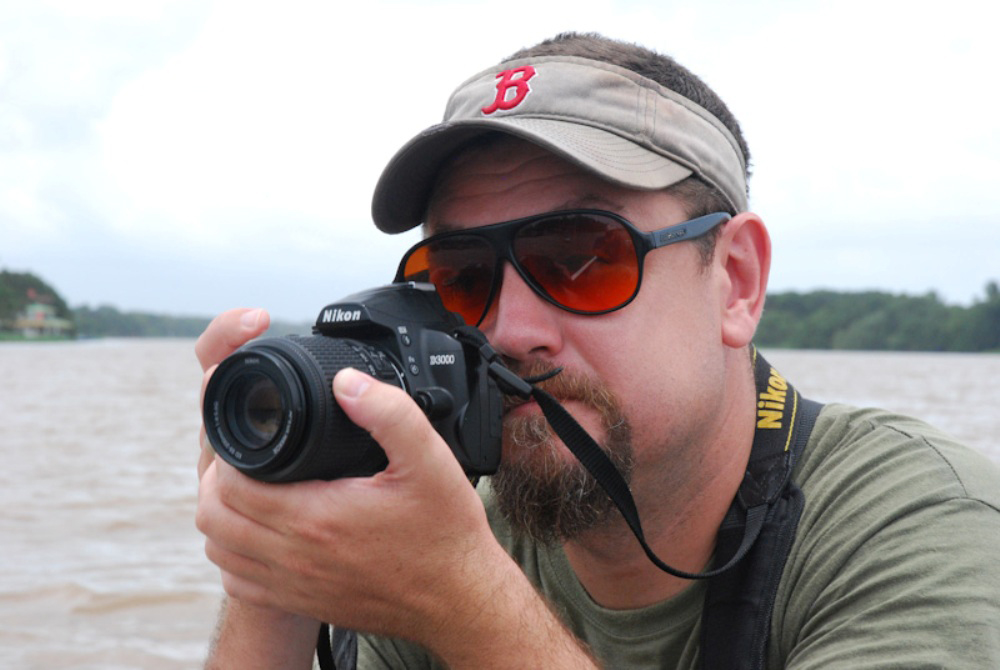 ROGERS: Well, Nicaragua was actually considered before Panama for the original transoceanic canal. It’s in Central America; it’s one of the more narrow divides of the hemisphere. And it’s got an Atlantic and Pacific Ocean coast. Nicaragua also has an enormous lake right in the middle of it. It’s tempting because the spit of land on the Pacific side is very narrow. Looking at a map, Nicaragua almost makes the most sense for the canal, and that’s what they originally thought 150 years ago.

CURWOOD: But, of course, it didn’t. Panama was a better deal because...?

ROGERS: Panama was a better deal for a number of considerations. One of which was the amount of seismic activity in Nicaragua. Nicaragua is very seismically active, and people who were Panama boosters back at that time played that to their favor by stirring up fears about volcanic eruptions and earthquakes in Nicaragua. It was also very politically unstable, and that also worked to Panama’s advantage.

CURWOOD: Now, tell me about this Chinese company. What role would it play in this project?

ROGERS: Well, the Chinese company would basically be designing, constructing, managing and operating the canal. Their concession is for 50 years, and they’ve got a 50-year option on top of that. So that could be for the next 100 years. Very little is known about this Chinese company. They’ve very recently formed. They’re called HKND. The HK stands for Hong Kong where they’re supposedly based, although they are also registered in the Grand Caymans. So no one really knows much about them. Their CEO is a gentleman named Wang Jing who is a telecom tycoon in China who apparently has no experience in major infrastructure projects such as the canal - this will be his first. 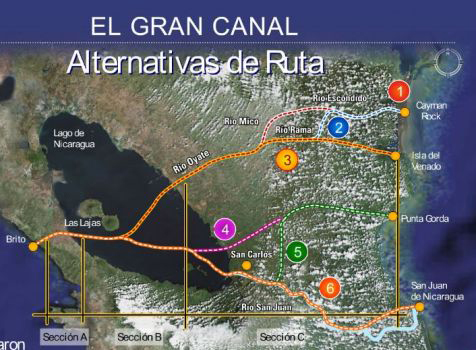 I should say that when we’re talking about a canal project, that’s really a mega-project, there are really several projects that are all bundled together. The concession that the Chinese firm is getting is not just to build a water canal. It’s also to build a transoceanic railroad that would be called the dry canal. It’s to also build two airports; it’s to build two new deep-water ports on the Atlantic and the Pacific side; it’s to build an oil pipeline across the country. So this is an enormous project.

CURWOOD: What’s the back of the envelope calculation of what this project would cost and who would pay for it? 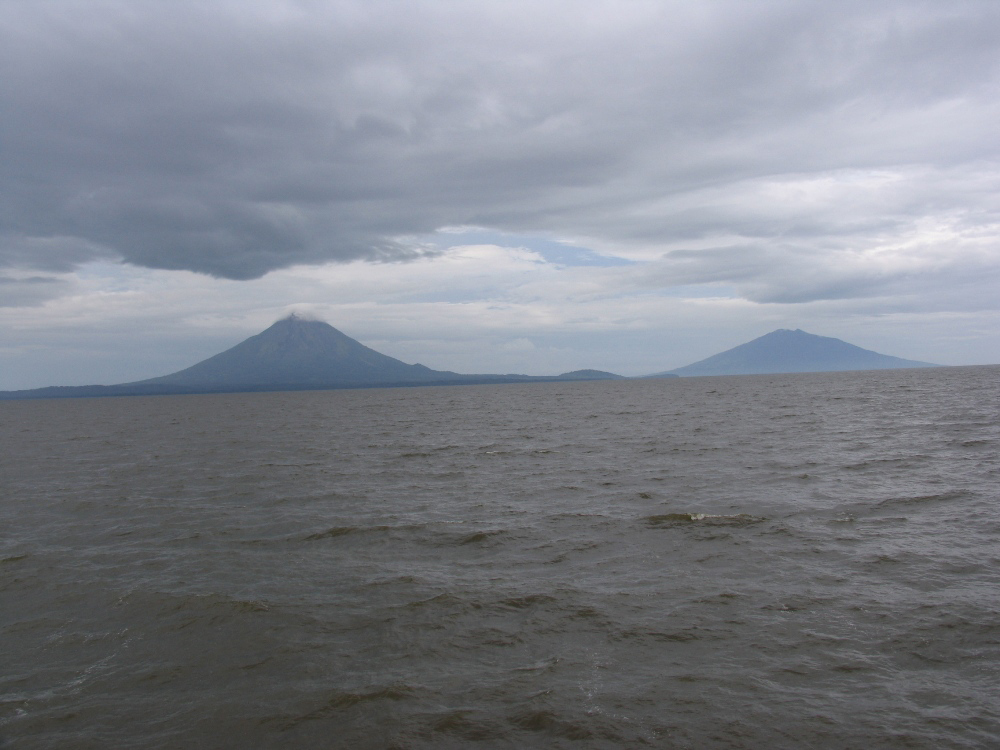 Nicaragua is known as the land of lakes and volcanoes. Lake Nicaragua, facing the twin volcanoes of Ometepe Island (photo: Tim Rogers)

ROGERS: Both of those are very good questions, and neither one of those has been explained clearly. The government continues to change its calculations almost from one week to the next about how much this is going to cost. The original calculations were about $18 billion, and they’re up to $40 billion already. And who is going to pay for it is also a good question. Nicaragua does not have diplomatic relations with China so there is a lot of speculation and doubt about what the Chinese government role is and will be in this project.

The Chinese government has not made any declarations about the canal so far. If the Chinese government were to partner or offer some financing for this project, it would definitely give a major toehold in Latin America which is something they’re interested in doing. If they were to control an oceanic canal, that would be a major game changer for geo-strategic relations in the Americas. 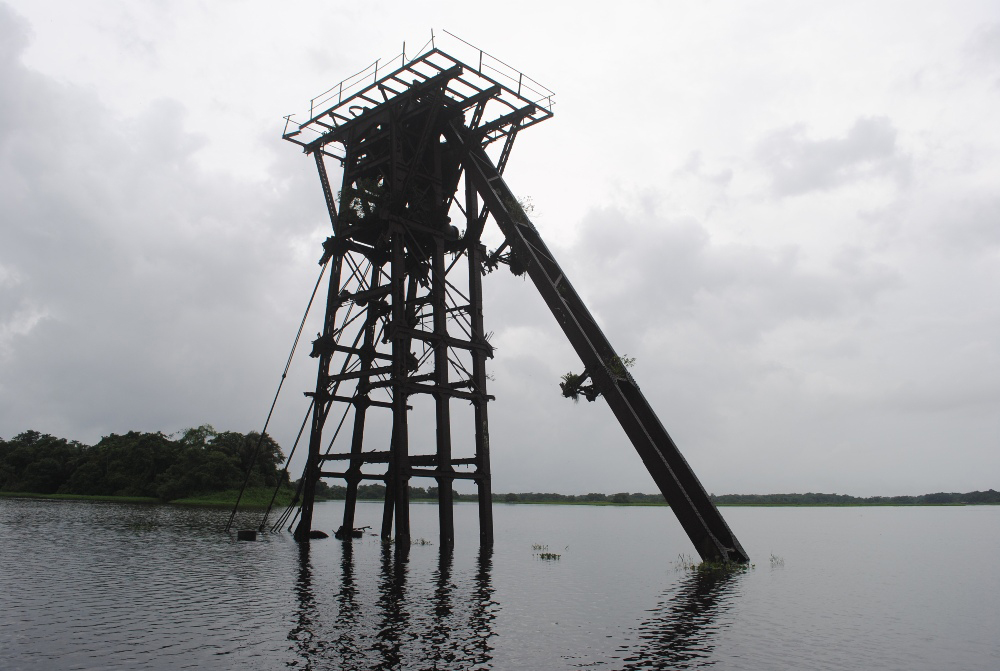 ROGERS: Now that the concession has been approved, the next step will be to start the feasibility study and then move on to the environmental impact study. So none of this has been conducted yet. But some sort of early concerns are that this could really be devastating for the Nicaraguan environment. 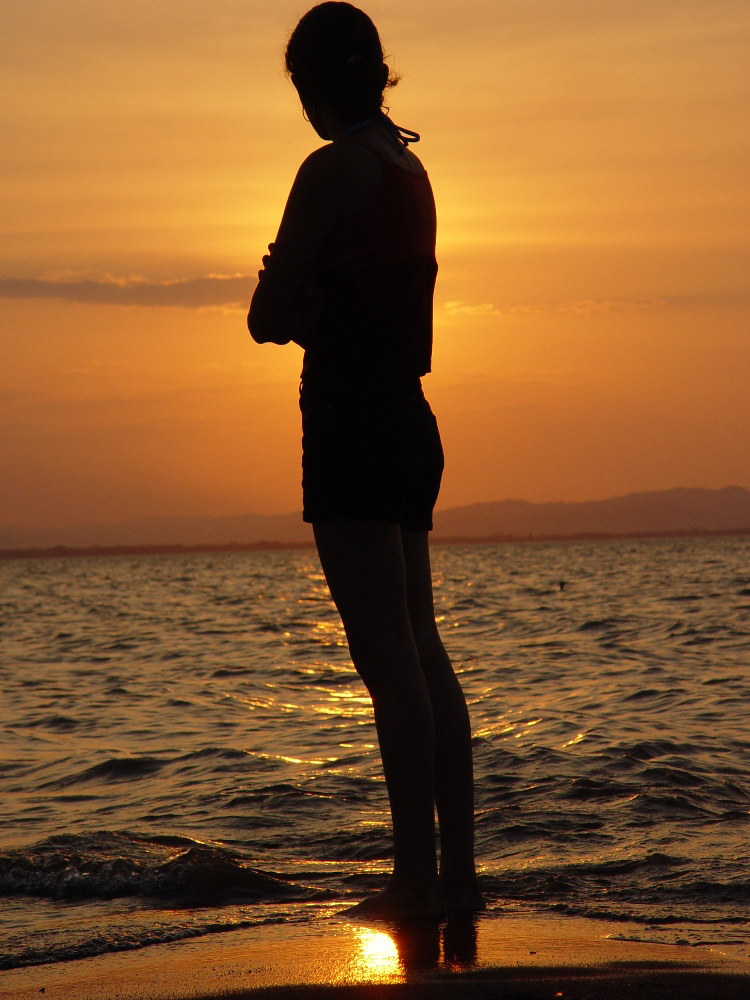 ROGERS: Well the concern is that Lake Nicaragua is not deep enough to host a canal of this magnitude, and that it would pollute the lake; it would use up Nicaragua’s water resources. Lake Nicaragua for many years has been considered the future source for Central America’s drinking water. So if they start using it for a canal instead, that plan would go out the window.

CURWOOD: How big is Lake Nicaragua?

CURWOOD: Tim, do a little handicapping for us here. How likely is this deal to go forward?

ROGERS: If history is any indicator of the success of this then it won’t happen. Nicaragua’s been talking about this for 150 years. Nicaragua has had different plans on the table multiple times over the past century, and none of them have really made it beyond paper. Nicaragua thinks at the moment that this is its opportunity, this is its moment in history to sort of reach for the brass ring. And so to talk about this, it was sort of like talking about a world series championship with a Chicago Cubs fan. It’s just sort of really touched...a real sort of collective dream that Nicaraguans have and sort of the promise of alleviating this historic frustration.

CURWOOD: Tim Rogers is a correspondent for the Christian Science Monitor. Thanks for taking this time, Tim.

ROGERS: Thanks for having me, Steve.


Tim Rogers’ article on the canal in the Christian Science Monitor