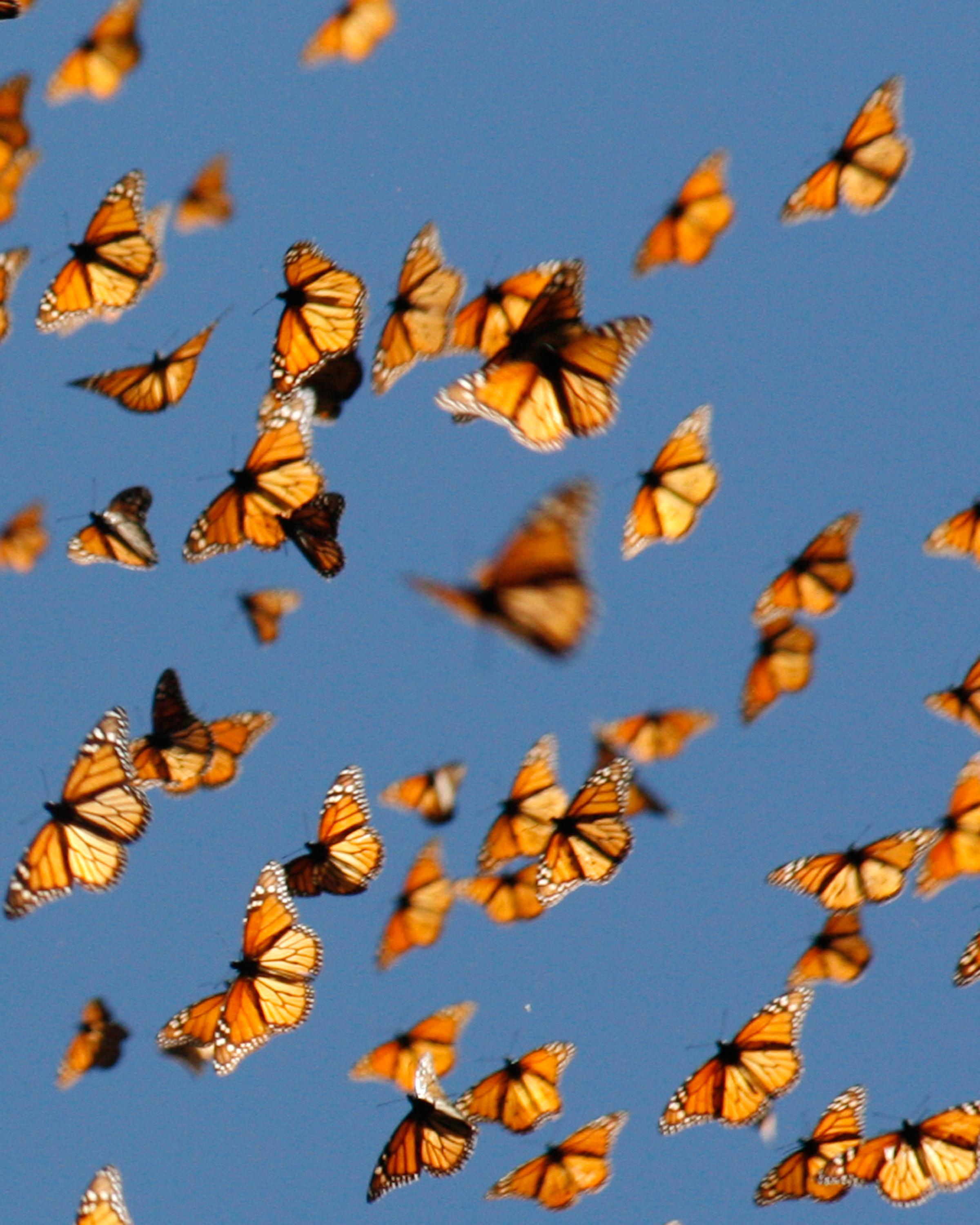 Each spring, millions of Monarch butterflies migrate from Mexico north to the US. New research suggests that temperature plays a large role in signaling the butterflies to get moving. University of Massachusetts Medical School professor, Steven Reppert, tells host Steve Curwood that in the future, climate change could disrupt monarch migration.

CURWOOD: It's Living On Earth, I'm Steve Curwood. The vernal equinox marks the start of spring, and in Eastern North America that signals the return of those black and orange beauties, the Monarch butterflies. Every fall these butterflies wing thousands of miles south to a small patch of forest in the mountains of Mexico.

Years ago, the Monarch winter roosts covered 50 acres. In 2011, it was down to about seven, and last year just three acres. Scientists blame the butterfly decline on a host of factors, from drought to pesticides, and they are hurrying to understand the migration cycle. Dr. Steven Reppert, a pediatrician turned neurobiologist at UMass. Medical School has some new clues.

REPPERT: In the fall, in eastern North America, you have close to half a billion Monarch butterflies that are freshly emerged from their chrysalis case as adult butterflies. And those butterflies, they have increased life span, and they have this incredible urge to fly south. So they make this long journey flying by day. It can take them two months to get to the overwintering site, in a pine forest on the top of this mountain range in central Mexico. In the spring, these butterflies flip their orientation direction and now start to go north. So that in change orientation direction is really critical for the continued success of migration.

CURWOOD: Explain for me how you designed your experiment to figure out what's the cue that gets them to come north? 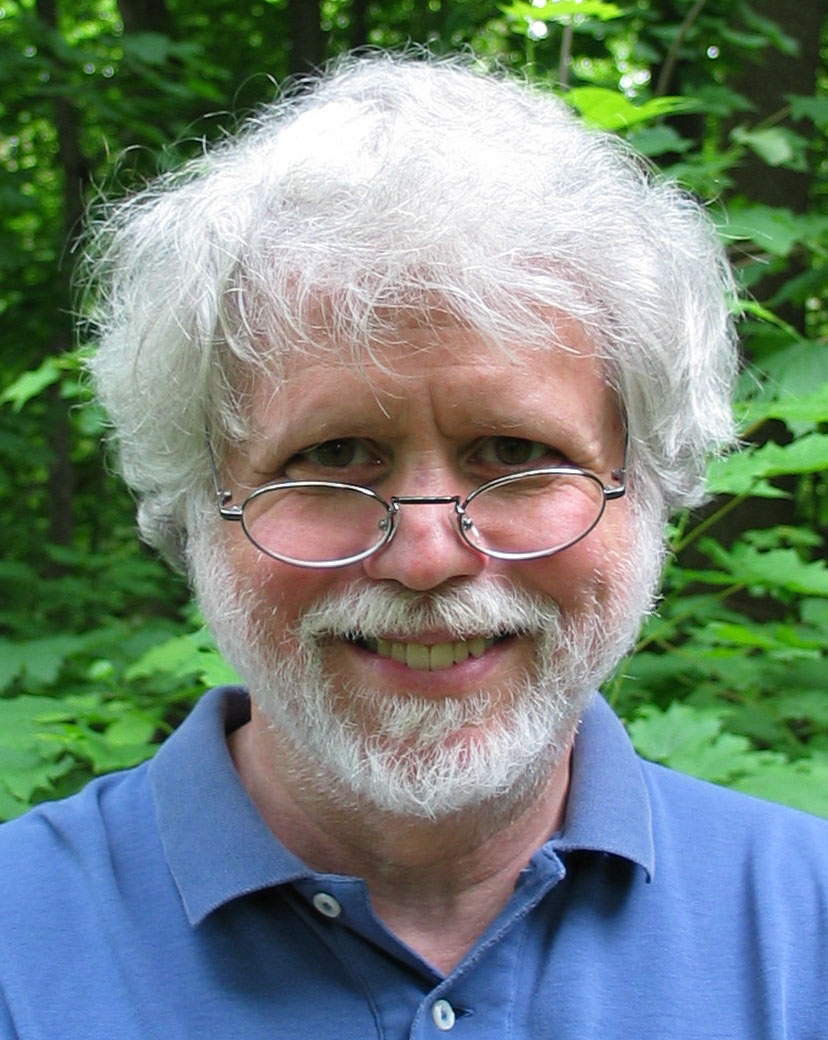 And it’s been felt that cold temperature was important to keep the metabolic demands for the butterfly sort of in check. But if it gets too cold, the butterflies could freeze and if it’s below freezing they’ll die. And we mimicked what had been recorded by probes that were actually in the middle of a mass of butterflies at the overwintering site for a 24-day period in butterflies that had just started migrating south in the fall. So what we found is when we exposed butterflies to both the low temperature and we also exposed them to the gradually increasing day length, we put them in a fight simulator and the butterflies flew north. So clearly that cold pulse is essential for the shift in the orientation behavior.

CURWOOD: These days, of course, we’re talking about a warming planet, a warming world. What would happen to these butterflies if it's a bit warmer where they want to overwinter?

REPPERT: This is sort of an extreme example, but one of the important aspects of the experiments we did was we took butterflies that had been migrating south for several months. They were captured in the southern United States in October. And then we brought them back to Massachusetts and we put in them in the lab in “fall-like” conditions. So these butterflies had been in the laboratory without exposure to this cold pulse for four months, and we brought them outside in March in Massachusetts. And we asked the question which way are the butterflies going to go - and they went south. These butterflies now not having been exposed to cold continued to go south. And so we don't yet know exactly what the critical temperature threshold is, but it’s a point of vulnerability where the butterflies, if exposed to warmer temperatures during that period, may really interfere with the re-migration north.

CURWOOD: How are Monarch butterflies doing as a species these days?

REPPERT: As a species they’re doing pretty well. They’ve been transplanted all over the world. They live fine as long as there’s milkweed. But what we’re talking about here that is so remarkable that we’re trying to preserve is this actual long distance migration of the Eastern North American butterfly, which is like a piece of art. We don’t want it to disappear.

CURWOOD: How does a pediatrician become interested in butterflies?

REPPERT: That’s how I got turned onto science when I was eight years old [LAUGHS] was studying moths and butterflies. But it is a long-standing interest of mine.

CURWOOD: But you are a lepidopterist instead of a doctor.

REPPERT: I am a...yes, I guess I am an amateur lepidopterist. But more of a neurobiologist, trying to understand how the brain works in an insect like the Monarch butterfly where again, we’re talking about how a small brain the size the head of a pin incorporates information about time and space and leads to this remarkable migration behavior.

CURWOOD: Steven Reppert is a pediatrician by training, and now a lepidopterist-neurobiologist working at UMass. Medical Center. Thank you so much, Sir.

REPPERT: You're welcome. Thank you for your time.