America's Bats on the Brink 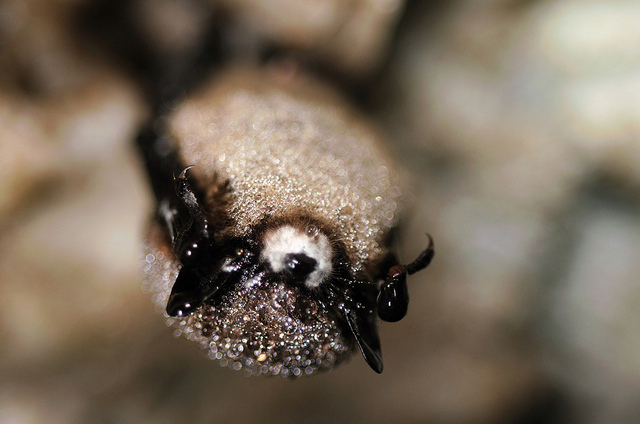 Bats should be hibernating this time of year, but winter visitors to the Great Smoky Mountains National Park have spotted them flying around in the middle of the day. Scientists suspect they may be infected with white nose syndrome. Katie Gillies, Imperiled Species Coordinator at Bat Conservation International, joins host Steve Curwood to discuss the state of bats in the United States.

CURWOOD: Normally, bats hibernate through the cold winter months. But this winter, visitors to the Great Smoky Mountains National Park in North Carolina have seen bats out and about. Scientists haven’t confirmed the cause of this strange behavior, but the primary suspect is the devastating bat disease, white-nose syndrome. Joining us now to discuss the news, is Katie Gillies, Imperiled Specious Coordinator at Bat Conservation International in Austin, Texas.

CURWOOD: Welcome to Living on Earth. 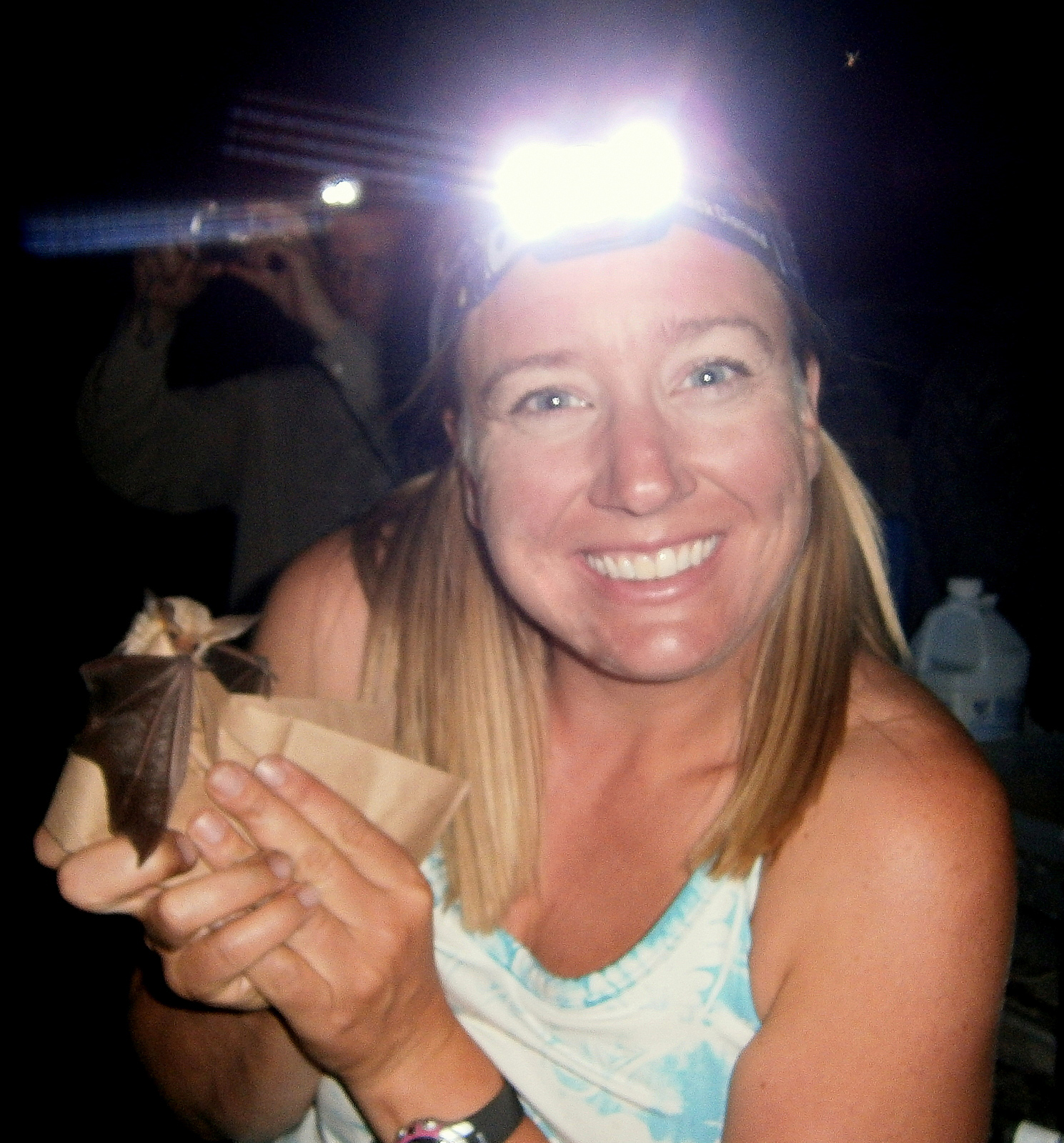 CURWOOD: So Katie, tell us, what kinds of behaviors are they seeing in these Smoky Mountain bats?

GILLIES: The bats should be underground nestled in their caves sleeping away the cold winter months. Unfortunately, they’ve been seeing some very erratic behavior, which involves bats flying around up and down the trails, up around all the buildings, and I think they’ve even had a bat fly into a human being. And this is behavior that’s usually indicative of a sick bat.

CURWOOD: So what do scientists think is causing this behavior?

GILLIES: Well, what they think is causing it is a disease known as white-nose syndrome. And this a new disease here in North America, that’s only been on the landscape for about the past six years. It is a fungal infection. It’s a really aggressive fungus. It was recently named Geomyces destructans because it is a very destructive fungus that invades the bats’ wings and nose and ears, their really thin dermal tissue. The fungus goes in and basically breaks down that tissue. And this is very irritating and disruptive to the bats. The bats’ immune systems are suppressed in the wintertime, and they’re in a deep state of torpor. So their breathing is low, their heart rate is low, their immune system is very unresponsive. This causes them this irritation, and this disruption causes them to wake up repeatedly through the winter months. This is very costly to them. Waking up uses critical fat reserves, and what happens is they’re dehydrated, they’re undernourished, they’re malnourished. And they leave their caves or their mines, wherever they’re hibernating, in search of food and water. And it’s very harsh for them out in the winter, that type of condition, and they end up dying.

GILLIES: Right now we have nine species of bats that are confirmed either with the disease or the fungus. And almost all those species are seeing high fatality rates. The endangered Grey bat just earlier this year was confirmed with the disease, there’s about a one to three year latency period when the disease is first documented before a serious fatality would start to occur. So we haven’t seen any fatalities from Grey bats yet. We may start to see those this winter though. The endangered Indiana bat has also been confirmed with the disease and we are seeing significant fatalities there. The Little Brown bat, which was once the most common bat in North America, is seeing such significant population declines that it’s been petitioned for listing under the Endangered Species Act. 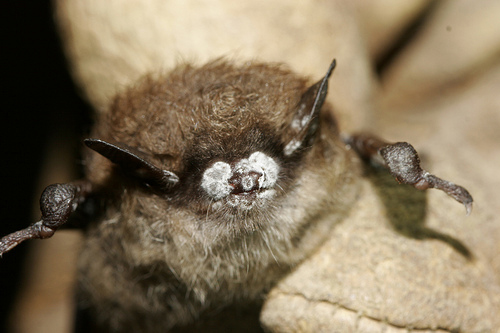 CURWOOD: Describe the extent of the white-nose epidemic for us. Where did it begin and how far has it spread?

GILLIES: White-nose was first discovered in a cave system in Upstate New York back in 2006, 2007. And it has spread voraciously from there. It currently occurs in 19 states and four Canadian provinces. It’s as far south as northern Alabama and as far west as eastern Missouri. The fungus that causes it has also been confirmed in Iowa and Oklahoma but the disease itself has not been confirmed in those states.

CURWOOD: Where did this fungus come from?

GILLIES: Well, the fungus came from Europe. It traveled over here from Europe, a single point source of it and has expanded from there.

CURWOOD: So how are bat populations doing nationally here in the US?

GILLIES: I’m afraid they’re faring terribly here in the US. Many, many sites are seeing up to 99 percent fatalities there. So these are sites that...

CURWOOD: Wait. You said 99 percent? That sounds like extinction.

GILLIES: Yes. We are witnessing what may very well be a significant extinction event, something that our generation has never encountered before. And it’s terrible. It’s terrible to witness. There are biologists that go to these caves year after year to monitor and count the bats and see how the bat populations are doing and they’re walking into these caves that used to have 100,000 bats in it, and they’re just seeing a handful of them now. 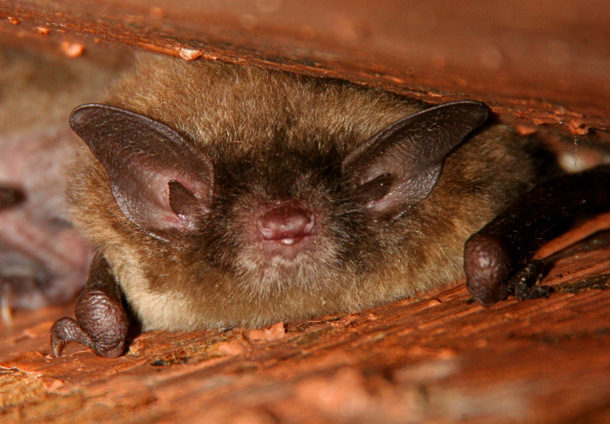 CURWOOD: For many people, bats are seen as pests. Why should we be so worried about their decline?

GILLIES: Ecologically, bats are the primary predator for night flying insects, and we can estimate that a single bat can consume four to eight grams of insects through the course of a night, and we don’t really know what the loss of millions of bats on a landscape is going to mean ecologically. We can’t really fathom that ripple effect. But because they are such significant controllers of these insect pests, they also impart some significant economic benefits to people. There was a paper that came out in 2011 in Science that looked at the math on this and, so like I said, if a single bat can consume up to eight grams of insects each night, that means that, you know, millions of bats...right now they estimate that at least 5.7 million bats have been killed from white-nose. So 5.7 million bats can consume 7,500 metric tons of insects annually, and those insects are currently not being consumed if we’ve lost 5.7 million bats on the landscape.

CURWOOD: And these are insects we don’t particularly like, I gather.

GILLIES: Well, there’s variety in a bat’s diet. But certainly it’s well documented that bats consume agricultural pests, and not having them can be real detrimental to our agricultural ecosystems. And the same paper in Science that came out in 2011 estimates that ecological services of bats in agricultural services impart a $23 billion benefit to US farmers every single year.

CURWOOD: So that’s more than a farm subsidy program for many crops is what you’re saying.

GILLIES: Yes, it’s quite a lot.

CURWOOD: Katie Gillies is Imperiled Specious Coordinator at Bat Conservation International in Austin, Texas. Thanks for joining us, Katie.

GILLIES: Thank you for having me.