Guy Peartree recounts the Siberian legend of Kutora (koo-TOR-uh), Lord of the Wind, and how only a good and obedient young maiden can appease the fierce winter winds.

CURWOOD: It’s Living on Earth, I'm Steve Curwood, and this is our annual trip to the world of myth, fable, imagination, and stories told round the fire and handed down over generations to while away the long - oh so long! - winter evenings around the time of the solstice. We just heard one of the oldest and most familiar of tales - the Greek story of how winter came to the world - and our next fable also has an icy theme. We're returning to a favorite show from our archives that was recorded live, and celebrates this season.

[MUSIC All Music (unless otherwise indicated) was performed Live by Stan Strickland and Syd Smart and was recorded Live at WGBH Boston by Jim Donahue.]

CURWOOD: Our next storyteller is a history buff with a passion for folklore. Please welcome Guy Peartree.

PEARTREE: How do you do, Steve?

CURWOOD: Good. You know, I understand that one of your regular gigs is playing a 19th century African-American, or a couple of them, really, at a living history museum here in Massachusetts called Old Sturbridge Village.

PEARTREE: That's correct. Yes, they hired me to tell stories from the 1830s.

CURWOOD: So who do you play?

PEARTREE: One of the characters is Peter Clark, and the other character is William Brown from Providence. He's well known because he wrote an autobiography detailing how his master had slaves, sold slaves. His name was Moses Brown. And that Moses Brown became an abolitionist. He converted.

PEARTREE: The slavery of winter.

CURWOOD: Under all that wind and snow.

CURWOOD: And you have a story for us, right?

PEARTREE: Yes. It's called Kutora , Lord of the winds, from the nomadic tribe the Ninets of Siberia.

"But father, how will I find him?"

"Follow my instructions. Take your sled into the north wind. Go all the way up to the top of a hill. A little bird will come and perch itself on your shoulder. Stroke that bird gently. Take your sled all the way down to the bottom, where Kutora lives, enter the tent, and wait for him to come in, and follow his instructions exactly."

Kutora entered, a very strong, handsome man he was. "What are you doing here?"

"Well, follow my instructions exactly. Take this meat to the old woman who lives in the snow, then bring back her gift. Then I will have hides here waiting, and you will sew them and make them into a coat and boots for me." 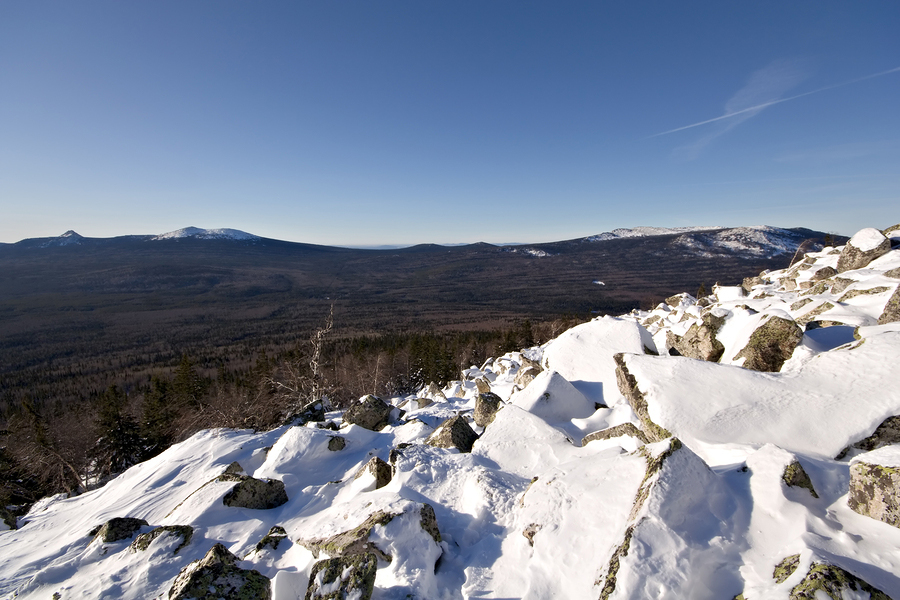 Well, the girl went out into the snow, but she had no idea where the old woman lived. So she threw the meat to the side, and then she returned with an empty dish. She sat down immediately to sew the coat and to make the boots. But when Kutora came back, nothing was done to his specification. The boots were not done, the coat's not done. And so he got angry and he blew her into the wind. Whoooooh! And she landed in the snow. The howling winds continued over the Ninets' camp, and the father knew that his eldest daughter had not succeeded. So he said to his second daughter, "I want you to go and do what my first daughter has not been able to do. I want you to marry the Lord of the wind. And I want him to bring back the winds.

So the second daughter, as well, went out into the snow. But she did not heed her father's words, and she shooed the bird away. And when she got down to the very bottom of the hill she went into the tent of Kutora and she ate the meat and fell asleep. And likewise, she didn't follow his instructions. She went and took the meat and threw it into the snow, and came back, and did a very unpleasant job with the hides. And so Kutora was angry again and he blew her into the snow.

And again, the old man realized that his second daughter had not succeeded. So he went to the third daughter and he said, "My third daughter, please listen. It is up to you to save our people. Go and marry Kutora , follow my instructions exactly."

So the third daughter went out into the wind. She rode her sled up to the top of a hill. The little bird came, perched itself on her shoulder, and she stroked it gently. "Cooo." Off she went down the hill. She came to the big tent and she went inside and she waited patiently. Kutora entered and he said, "I see you have come here to marry me, haven't you?"

So the girl went out into the snow. She took the meat. Now, she didn't know where to find the old woman, but the little bird came and showed her the way. She found herself in front of the old woman's hut, and she knocked on the door. (Knock, knock, knock) Out the old woman came. "What do you want?"

"Kutora has sent me. He has some meat for you."

"All right, dear." She took the meat inside and she put something on the plate and gave it to her. The little bird showed her how to get back to Kutora 's tent. When she arrived at the tent, Kutora smiled and said, "You're going to need those things. Those are the sewing tools for the coat and boots that I told you to make for me. I will be back at midnight."

The girl set to work. She was working very hard. She knew it was going to be impossible to make a coat and boots by midnight. But that old woman came in and she said, "Dear, look, there's something in my eye. Will you please get it out for me?"

She went over to the old woman and she got the thing out of the old woman's eye. And the old woman said, "Dear, would you look into my ear? There's something in there that you should see." And to her surprise, there was a maiden in there. "Take her hand, dear, and bring her out." The girl took the maiden's hand and she came out of the old woman's ear. And another girl came out, and another, and another. Altogether there were 4 young maidens, and they set about making the coat and boots for Kutora . They worked very, very easily, and they made a perfect coat and boots for Kutora, Lord of the wind. They jumped back into her ear, and the old woman, she slowly went out of the tent saying, "You're a very nice girl. A very wise and gentle girl."

Kutora came back and saw that his coat and his boots were made to perfection, and he laughed, and he smiled, and he said, "Now we will be married." And so that day, Kutora the Lord of the winds pulled back the winds. The old man came out of his tent. He looked up at the sky and he smiled because he knew his third daughter had succeeded. Kutora had taken back the winds. He had been appeased. And his people were saved.

CURWOOD: Thank you. That's Guy Peartree with Kutora, Lord of the wind. Now, both you and Judith Black told us very different stories, but I wonder if you see any parallels between them.

BLACK: You should always subcontract your leather work.

PEARTREE: We should always have maidens inside our ears. Yes, well, I think there is a gentle relationship, in that the fact that women are both part of the story, young women, whose beauty or their effectiveness is related to an element of nature. So on the surface, yes, there is a relationship between the two stories.

BLACK: Well, and that both women represent fertility. I mean, the old woman who lived in, you know, the old woman of the woods, however she was referred, and Demeter, are both what give us life. And also the need for some kind of sacrifice, you know, or knowledge of the deity, in order to negotiate your relationship. But obviously, where they're both placed determines an enormous amount about the folklore around them, you know, that the cold is the determining factor in Siberia so that people relate to the wind. And then, the loss of the fertility in Greece is what the story developed around because that's what caused them wonder and terror.

CURWOOD: And the lesson here for us is we have to redeem ourselves to escape winter.

PEARTREE: Well, I think you should respect nature, whether it's in the form of Demeter or the form of Kutora . Things have to be done so that nature receives her due, or his due, depending on who you are.

BLACK: Right. And given that, to know that there will be a full cycle.

BLACK: A very funny thing happens. Whenever you tell these stories, children always say, "Is this a story, or is this what really happened?" And you're faced with the idea of, what's the difference between science and folklore? I'm not sure.

CURWOOD: Thank you both. Guy Peartree and Judith Black.