More than ninety percent of U.S. seed varieties available in the early 1900s have disappeared. Janisse Ray trekked through the backyards of gardeners and farmers who are trying to keep the rest of our seeds from going to pot. Host Steve Curwood talks to Janisse Ray, author of the book "The Seed Underground: A Growing Revolution to Save Food."

CURWOOD: It's Living on Earth - I'm Steve Curwood. A seed is a small thing, but it's wrapped up in huge issues - food, politics, history. Janisse Ray, author, gardener, and activist, trekked through farms and backyards in search of seeds and the stories connected to them. 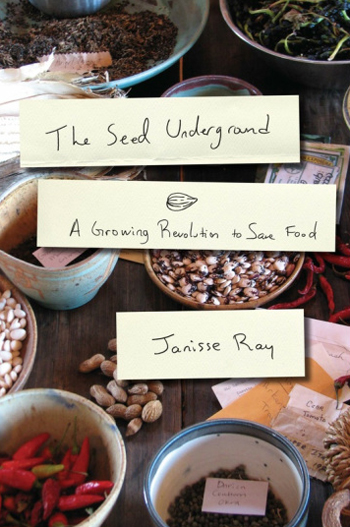 She's here on the line with us from her farm in Southern Georgia to talk about her new book, "The Seed Underground: A Growing Revolution to Save Food." Hello, there!

RAY: Hi, Steve, thanks for having me.

CURWOOD: Why did you go searching for seeds?

RAY: I've been a gardener since I was a little girl. My grandmother gave me my first seeds, and I think it's just natural for me being a gardener and a seed saver to want people to understand what's happening to our seed supply, that our seeds are in jeopardy. We need to all be turning our head to look at seeds. Every morsel of food we put in our mouths is dependant on a seed.

CURWOOD: Now, in your book, you say that 94 percent of seed varieties that were available in the United States in the year 1902 are now gone. What happened to all those seeds?

RAY: What happened was genetic erosion due to a number of things. Fewer of us live in rural areas. You know, 80 percent of us are now urban. Fewer of us farm. In 1900, 41 percent, now less than two percent.

But I think the real reason is the industrialization of agriculture, which came about in the so-called 'green revolution' which ushered in chemical fertilizers, standardization, mechanization. I remember when my grandfather got a tractor, for example, and stopped working with mules.

CURWOOD: What do you think is the most important reason to be concerned about this loss in seed diversity? 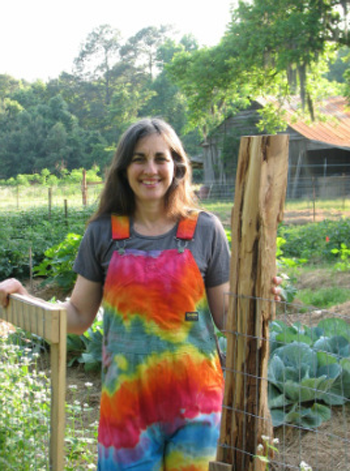 RAY: Well, the more biodiverse any system is, the greater its chance for survival. And, we see what happened with the potato famine in Ireland. Ninety percent of Irish families grew a potato called the Lumper, but it began to suffer from late blight. That led to widespread famine and the Diaspora.

That would be our major concern but also, Steve, we're missing out on these myriad tastes; the beauty of our tables is diminished as we have fewer and fewer varieties to choose from. You and I can go into the grocery store and choose from a Granny Smith, or a Red Delicious, Yellow Delicious apple, but 100 years ago we had 7,000 apple varieties in this country.

CURWOOD: Now, by the way, the subtitle of your book is "Growing Revolution to Save Food." What is this revolution?

RAY: This revolution is happening in gardens across the country. I call these gardeners 'quiet revolutionaries' who've been on the margins, keeping alive these very interesting heirloom, place-adapted, vintage seeds.

CURWOOD: Lets talk about some of the seed savers in your book. Tell me about Will Bonsall in Maine.

RAY: Will is a very famous seed saver. He's been connected with the Seed Savers Exchange almost since its inception. Will has hundreds and hundreds of varieties that he's curating. . .a very dedicated man who's really committed his life to keeping alive old varieties.

He said to me that, you know, it would be a huge loss to humanity if his house happened to burn down. He has deep freezers that serve as seed banks. And he's right. I walked his gardens with him and there are just all kinds of amazing varieties growing there.

CURWOOD: In your book, you talk about Randy Gardener. He worked at a publicly funded plant-breeding program in North Carolina. Tell me about his operation and what happened to the seeds that he developed?

RAY: Randy works at a public institution near Asheville, North Carolina. He was a plant breeder there, so a government hired scientist. What he's doing there is developing tomatoes that are specifically adapted to the mountain south. 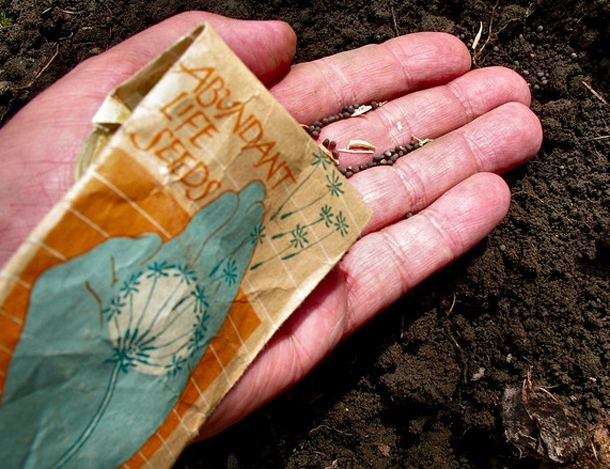 Over time, Randy was no longer able to support his work very well with government funding. And, what happened is that they developed some new variety, like this little new grape tomato that we are now seeing in grocery stores, and he would basically auction it off to seed companies. Basically, he would sell them the recipe for the seeds.

CURWOOD: Now, who owns seeds? And, what rights do farmers have to their seeds?

RAY: Seeds, I believe should be... they are part of the great commons of human history, like water and like air and like fire. Nobody can own fire. And I understand that we're favoring biotech companies and we're patenting life itself, but I believe those seeds belong to all of us.

RAY: Most every heirloom seed, or open pollinated seed I know has a story. We are made of stories, stories are our culture, stories help explain who we are, why we're alive right now, what we're meant to be doing. The stories are enough for us to protect every variety of heirloom seed that is available, that is found. Seeds are only a small part of life on earth. But I think, in this case, they represent every thing else.

CURWOOD: Janisse Ray's new book is called "The Seed Underground: A Growing Revolution to Save Food." Thank you so much.

RAY: Thank you so much. I very much enjoyed it.