Twenty-five years ago it was thought that just seven Maguire Daisy plants existed in the whole world. Now, over 160,000 can be found living in Southern Utah. The plant was taken off the endangered species list but Tony Frates (FRAY-TUS) of the Utah Native Plant Society tells host Bruce Gellerman that maybe the flower wasn’t threatened at all.

GELLERMAN: Twenty-five years ago it was believed there were just seven Maguire daisy plants in the world. And they were only found in three counties in southern Utah. But now thanks to some creative conservation efforts, the dime-sized daisy, a member of the sunflower family, faces a brighter future.

The US Fish and Wildlife Service has just taken the plant off the endangered species list. Tony Frates is conservation co-chair of the Utah Native Plant Society. Good news, huh Mr. Frates?

FRATES: Well it is good news, and it shows, I think, that the Endangered Species Act does take new information into account and decisions are made accordingly and things that are no longer eligible to be listed should be taken off the Act when they’re found to be more abundant than was originally thought.

FRATES: If you think of a typical composite, or a daisy-type flower, it’s a… it has white ray flowers, it has a yellow center, it has some other coloration. It’s a low plant; it’s not a really tall plant. It has some typical erigeron daisy-like characteristics.

FRATES: (Laughs) Well, we would hope people would not pick those rays, but it’s a little different in terms of how its flower is shaped and what it looks like. But you could think of it that way.

GELLERMAN: Mr. Frates, um, do you know who Maguire was? Maguire daisies, the name, so who’s Maguire?

FRATES: Yes. It was named for Bassett Maguire who was well-respected botany professor from Utah State University. Whether it was named in his honor because of all of his botanical contributions to Utah, which was great, or whether he actually did collect it and it was named for that reason, I’m not certain. But that’s who it was named in honor of.

GELLERMAN: Well, what happened to the Maguire daisy? What was the threat?

FRATES: The main threats have been mining. It grows on cliffs. It also can grow though out on more exposed area and so there’s some threat from cattle grazing. Part of it was that its ecology really wasn’t understood initially. This is pretty much a typical story for something that’s as rare as this. Until people get out and look at it, there’s kind of a Catch-22, because people aren’t going to go out there and look for it until it has some kind of a status. And at first it wasn’t realized where it grew exactly, and I think once they figured out more what kind of habitat it truly grew in, that’s when they started to find more of them.

GELLERMAN: So, now we have how many of these daisy plants?

FRATES: Now it’s thought that there are over 160,000 plants occurring in some 10 different populations that are more or less contiguous to one another. So they’ve been occurring in some of those meta-populations. So, the numbers have regularly risen. If someone were to say, “let’s list this species” and it has 160,00 members, if they all occurred in the same couple of acres or few miles, you might still want to list that because its habitat would still be possibly imperiled by some natural catastrophe.

But with that kind of number and given the number of occurrences, you know, a species today in that condition would not get on the Endangered Species Act and so it’s appropriate to review that information and say, “hey, this should probably be de-listed.”

GELLERMAN: So, it’s on the road to recovery!

FRATES: Well, it should come off the Endangered Species Act because it now is known to have had a much larger occurrence than was thought. But, it has always probably had that number of plants. It’s very difficult to know, sometimes, how many plants there are in a given area because plants can fluctuate tremendously from year to year in a given area, in terms of whether they even flower. We’ve had years of drought in the West, for example, in the last ten years, where people have gone out to look for plants and they’re not flowering or they can’t find them very easily. 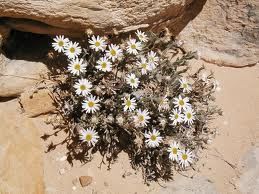 And then you go out another year and you can find more. And so it would be very difficult to determine whether a plant had become extinct for that very reason. So it has recovered only in the sense that we have additional information that it should come off the Endangered Species Act.

GELLERMAN: So you’re saying there weren’t seven Maguire daisies back then, and we just didn’t know where these other ones were?

GELLERMAN: So, we just found these things.

FRATES: Correct. The argument is that the Endangered Species Act gave this species some attention which led to a separate group finding more. But it was difficult and it took many years of work and so, based on the best available information, we thought there were fewer and now we know that there are a lot more.

GELLERMAN: So, this is not the success story we might have thought.

FRATES: Well, it’s a story that has a happy ending. But it’s not -- to say that it has recovered only is like I said, to say that we have more information to indicate that it actually wasn’t as rare as we thought it was. And that is not an uncommon story.

GELLERMAN: Are there other plants that this might apply to in Utah?

FRATES: Probably in every case. I mean when everything is listed, usually the numbers always increase by some amount. But agencies don’t have the resources, and botanists typically get hired based on the status of things, and that’s where we’re in this Catch-22 where we need a candidate species program, or a sub-tier program that can identify things that do get some attention so that we can determine if they’re truly worthy of listing.

GELLERMAN: Well, Mr. Frates thank you very much. I really appreciate it.

GELLERMAN: Just ahead – How ya gonna keep ‘em down on the farm – after they’ve gone extinct? For an answer, stay tuned to Living on Earth!


The US Fish and Wildlife Service on the Maguire Daisy