Scientists Stymied by Lack of Samples 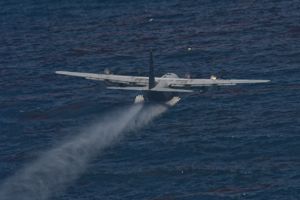 Scientists trying to determine if chemical dispersants are helping or hurting the fragile Gulf of Mexico environment say they can’t get samples of the product to test its effects. Host Jeff Young talks with Texas Tech scientist Ron Kendall, who tried to get samples and Nalco, the company that makes the dispersant.

YOUNG: Those cleanup workers in the Gulf are mostly dealing with oil that’s dispersed—broken into globs or little droplets, often lurking below the surface. That’s largely due to the heavy use of chemical dispersants—nearly one-point-two million gallons sprayed so far, to limit the size of the oil slick washing ashore. These chemical dispersants - their formula is a trade secret - have major implications for the oil’s impact on the Gulf. Scientists struggling to better understand this have not been able to get basic information and samples they need to do their work. Marine sciences professor Samantha Joye of the University of Georgia needs samples of the chemical for her experiments.

JOYE: In terms of understanding the impacts of dispersants on microbial activity I and many others are still trying to get samples of the various dispersants that are being used. I’ve been unable to secure any so far.

YOUNG: And Professor Joye’s not alone. We spoke with scientists at five university labs across the country who could not get samples of the dispersant COREXIT made by a company called Nalco. Toxicology professor Ron Kendall directs the Institute of Environmental and Human Health at Texas Tech University.

YOUNG: Now, this is Nalco, the company that makes the stuff? 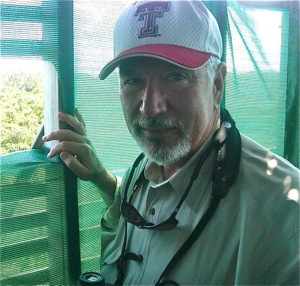 KENDALL: That’s correct. It’s as simple as that. And we attempted to purchase it. And I don’t understand that, but we need the COREXIT.

YOUNG: Why do you need the samples of the original stuff that was used? Why is that so important to doing this work?

KENDALL: Well, we need the COREXIT to learn the full potential impact of the oil in the Gulf. The oil is in many different forms, which we are investigating, and the dispersant affects the oil, it causes chemical changes. And, with those chemical changes there is a resulting differential and the potential toxicity to aquatic life. And so, that’s what we are getting after scientifically. That’s why this is so important.

YOUNG: That’s Ron Kendall at Texas Tech. Two Mississippi scientists studying effects on fish and the flow of dispersed oil in the deep sea could not get COREXIT either. A marine sciences professor at the University of California Santa Barbara also came up empty. We called Nalco’s headquarters in Naperville Illinois to find out why. Charlie Pajor is a company spokesperson.

PAJOR: Any academic institution that wishes to contact us about the possibility of getting samples, they can contact us, we have a process that we go through and we would be more than willing to work with them on trying to meet their requests.

YOUNG: Are you making these samples available when you’re getting these requests?

PAJOR: I mean, depending on what the intent of the sample usage is, and the signing of a non-disclosure agreement, we evaluate the requests and we respond accordingly.

YOUNG: Why is it then, that these scientists are saying they’re not able to get the materials they need to do what seem to us anyway, pretty important tests?

PAJOR: Um, I’m not sure who they’ve been contacting or whether they have perhaps not gotten in connection with the right person here at Nalco. I will point out that we have provided the US EPA with detailed information and ingredients on our COREXIT dispersants, and we have allowed that to be shared with any federal agency and with the third party laboratories that the EPA is using for its Gulf monitoring and assessment programs. We think it’s important to allow those labs the information in order for them to monitor for any potential risks to the environment or public health, those kinds of concerns.

YOUNG: What is the concern with simply letting people have a sample of the project for scientific tests?

YOUNG: Why the need for such a level of control, of scrutiny of requests, for scientific work?

YOUNG: Have you fulfilled any of those requests to date?

YOUNG: Have you turned down requests?

PAJOR: Again I don’t know that.

YOUNG: I think that covers my questions. Thank you very much for your time.

YOUNG: Nalco spokesperson Charlie Pajor. The EPA recently made the COREXIT ingredients public, 50 days into the disaster. There’s more on this at our website, loe.org, including a list of the ingredients in COREXIT and more about the chemicals in it.

Just ahead- a conversation with the President’s science advisor on the lessons from the Gulf oil spill. Keep listening to Living on Earth!

To find out more about these chemicals