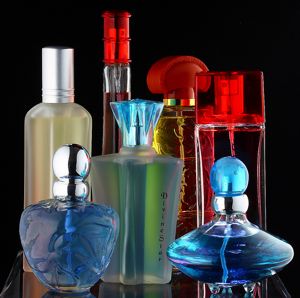 Smelling nice may have a hidden price. A new report from The Environmental Working Group suggests that a number of unlisted ingredients in scented products can trigger allergies and disrupt hormones. Living on Earth and Planet Harmony’s Ike Sriskandarajah and Ebony Payne ask the fragrance makers and users what’s going on.

CURWOOD: It’s Living on Earth, I’m Steve Curwood. Today, another story from our sister online initiative called Planet Harmony, where all are welcome and the focus is on young people of color. American Eagle 77, J Lo Glow, Calvin Klein’s Eternity—these fragrances are cool these days.

So Ebony Payne and Ike Sriskandarajah from Planet Harmony decided to look into a recent study by an environmental think tank. It found many of these fragrances have “secret” chemicals that could potentially trigger allergies and disrupt hormones. Their report starts with Ebony Payne chatting with some shoppers at a mall in northwest Washington, DC.

PAYNE: Do you use any products with fragrance in it or any perfume?

PAYNE: And do you know what ingredients go into making your products?

MAN: Not really. I know there’s alcohol in there. I dunno.

PAYNE: Would you feel more comfortable buying fragrances if manufacturers actually labeled their ingredients like they do on food?

WOMAN: Yeah, that would be good—my daughter, she’s sensitive to a lot of thing, she has eczema, so I always make sure that things are more natural based 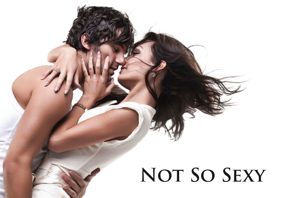 MAN 2: These days yes, because I do not trust big companies anymore

MAN 3: Um, yeah, I mean I’ll feel more comfortable, but again I won’t know what the ingredients are because there are all these long complicated names and you still have to Google them.

PAYNE: What if you were told that the ingredients in your cologne and in your perfume caused sperm damage and may cause an asthma attack. How would you feel about that?

WOMAN 2: You’re killing me. I would probably have to stop just because I don’t want to do anything knowingly to harm myself

WOMAN 3: I would not use it anymore.

MAN 5: That would be a shocker; I wouldn’t really want to use that.

MAN 6: There are other ways to smell good.

SRISKANDARAJAH: This is Ike Sriskandarajah. As Planet Harmony and Living on Earth’s Ebony found out most people can’t know what’s in their colognes or perfumes. And since fragrance makers won’t disclose their chemical recipes an advocacy group decided to run their own tests.

HOULIHAN: So we sent these 17 products to the lab, the lab analyzed them for a range of compounds and found, for these fragrances that we tested only about half the chemicals that are in the product are listed on the label that means there’s an awful lot that you can’t know as a consumer when you’re buying these products.

SRISKANDARAJAH: And what people don’t know could be harming them. The lab tests turned up some potentially hazardous ingredients.

HOULIHAN: Together these products contain about 24 different sensitizing chemicals that can cause allergic reactions and a dozen potential hormone disruptors; these are compounds that in very small doses could possibly throw the body’s hormone systems into disarray.

HOULIHAN: We also found a chemical called diethyl phthalate hidden in a number of these products that’s a chemical that’s linked to sperm damage in men, birth defects in baby boys—this is preliminary data, not considered definitive, but quite troubling.

SRISKANDARAJAH: When reached for comment, Coty Incorporated, the company that owns three of the brands named in the study, Halle by Halle Berry, J. Lo Glow by J. Lo and Calvin Klein Eternity, directed us to a written statement, read here by an actor:

ACTOR: All of Coty Inc.'s products are safe and meet all regulatory and legal requirements in all countries in which they are sold.

SRISKANDARAJAH: Coco Channel also declined comment but directed us to a release from the Fragrance Materials Association. Here’s our actor again reading part of their response:

ACTOR: The industry has a long and comprehensive safety-testing program for its materials. Materials are also independently assessed for safety.

SRISKANDARAJAH: The Industry also says Congress recently omitted diethyl phthalate from a list of phthalates of concern. So who’s got it right here? We checked with someone who reviewed the Campaign for Safe Cosmetics’ Fragrance Report on her own.

STEINEMANN: Yes I have. I actually have conducted several studies that analyzed the chemicals in widely used fragrance consumer products. And that’s a big part of my research right now.

SRISKANDARAJAH: The Fragrance industry guards recipes as trade secrets but they publish a list of 3000 ingredients on their website. But there’s no way to know which chemicals are in what products. Professor Steinnman says that no matter how they defend the industry’s lack of transparency, the health impacts on its customers are real.

STEINEMANN: I guess the other point is that people are reporting adverse health effects when exposed to these products. So, rather than try to repudiate these complaints by saying well, we tested these products and they’re safe so you must be imagining it. Why not say, well, people are getting sick from it, what’s in these products that’s causing these effects?

SRISKANDARAJAH: Concerns over potentially poisonous potpourri goes way beyond perfume makers. Fragrances are in nearly half of all personal care products—from the arctic blast in deodorant to the lavender passion in soap. But these scenting chemicals are now getting attention on Capitol Hill

HOULIHAN: There are signs that big changes are about to happen.

HOULIHAN: This is great news because this law, which regulates all industrial chemicals in this country hasn’t been updated for more than three decades. It’s the only major environmental and public health statue that has never been modernized. And it could mean a lot of changes for the cosmetic industry.

SRISKANDARAJAH: Currently there are chemical reform bills working through the House and Senate. For Living on Earth and Planet Harmony, I’m Ike Sriskandarajah.

CURWOOD: Ike Sriskanderajah edits and Ebony Payne reports for our brand new online offering Planet Harmony, which welcomes all, and is designed to have special appeal for young African Americans. Check it out and join the discussion at My Planet Harmony dot com. That's my planet harmony dot com.


Read the "Not So Sexy" Fragrance report here

The Environmental Working Group built a database to check the chemical makeup of 50,000 personal care products