Cell Phone Use May Take Toll 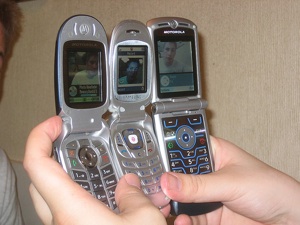 Buried deep within a long anticipated study about cell phones is evidence indicating a strong link between mobile phone use and brain cancer. Living on Earth host Steve Curwood talks with Dr. Elizabeth Cardis, director of the Interphone study, about the findings.

CURWOOD: From the Jennifer and Ted Stanley Studios in Somerville, Massachusetts—this is Living on Earth. I’m Steve Curwood. This week, a scientific controversy that affects just about all of us. The question: how safe are cell phones?

And now a major study that was supposed to answer that question is open to question itself. The so-called Interphone Study, started a decade ago, when scientists in 13 nations set out to learn if there was a link between cell phone use and brain cancer. At last, the findings of this eagerly anticipated study have been released, and researchers found that…well…here are some of the headlines reporting the results:

CURWOOD: So if you’re confused, you’re not alone. Consider these contradictory findings: High cell phone usage was linked to a doubling of the risk of deadly brain cancers called gliomas. But some people who never or very rarely used cell phones seemed to have more tumor risk than moderate users. Epidemiologist Elizabeth Cardis headed the Radiation Group, which conducted the Interphone Study. 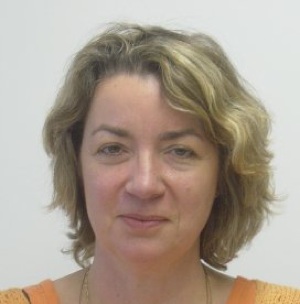 Elisabeth Cardis (Courtesy of The Center for Research and Environmental Epidemiology)

CARDIS: The study is very complex and the interpretation is not clear. And we have not demonstrated conclusively that there’s a risk, but I think it’s really important to note that that does not mean that there’s no risk. We have a number of elements in the study which suggest that there might actually be a risk, and particularly we have seen an increased risk of glioma, which is one type of malignant brain tumor, in the heaviest users in the study—in particular on the side of the head where the tumor developed and in particular in the temporal lobe which is the part of the brain closest to the ear so closest to where the phone is held, so that’s the part of the brain that has most of the exposure from the phone.

CURWOOD: Indeed, I’m looking at something known as Appendix Two, a table in your study that shows for gliomas is what—twice as likely to have one of these brain tumors if somebody was a heavy user of cell phones over a long period of time with a good 95 percent confidence rating for this finding. Why is there such a confusion about this? Why isn’t this a valid finding?

CARDIS: Well, we don’t know whether the finding is correct. Basically, there are a number of possible biases which are typical with these kinds epidemiological studies, which could have affected the results. And the increased risk could be just something we call recall bias, so we really can’t conclude that there is a risk from our findings because of the potential of bias.

CURWOOD: Why not simply look at their cell phone records?

CARDIS: We’ve tried to do that actually in a smaller scale validation study. We had hoped to be able to do that on many people in the study but, unfortunately, at the time we did the Interphone Study it was very difficult to go back in operators’ records and get long time historical records for the study subjects.

CURWOOD: By the way, the number of minutes per day that somebody used a cell phone that considered a “high” use averaged—what—less than 30 minutes a day?

CARDIS: Yes, that’s correct. I mean, Interphone was basically carried out between 2000 and 2004, depending on the country, and we asked about people’s long-term historical use of mobile phones. We were asking about their use of the late 1980s, early 1990s, at a time when mobile phones were used much less than today. And one of the reasons we are concerned about the results of the study, even though we cannot conclude for sure, is that where we see the increase is in these people—half an hour a day for 10 years was a high use in the participants of that study, but it’s a normal reason or relatively low use today.

CURWOOD: How worried are you?

CARDIS: I don’t use a cell phone very much and when I can, I basically try to find ways to reduce my exposure, either using a landline or using the speaker of my phone.

CURWOOD: And do you have any children, Dr. Cardis?

CARDIS: Yes, I have two children.

CURWOOD: How old are they, and are they allowed to use cell phones?

CURWOOD: Now, Dr. Cardis, you’re an epidemiologist, you’re not a journalist, so it’s probably unfair of me to ask you to do my job, but if you had to write the headline for this story, what would it be?

CARDIS: That’s a very good question. What is your headline? In my opinion, and as I said this is a very complex study, and its biases in areas limit the interpretation so we have different people in study groups interpreting the results differently. In my personal opinion, I think we have a number of elements that suggest a possible increased risk among the heaviest users, and because the heaviest users in our study are considered low users today, I think that’s something of concern.


The International Agency for Research on Cancer

Center for Research on Environmental Epidemiology