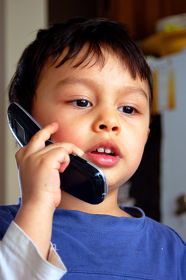 Cell phones may be hazardous to your health. The science is inconclusive but some states want to require warning labels on cell phones. David Carpenter is director of the Institute for Health and the Environment at the University at Albany. He tells host Jeff Young about research that shows a link between cell phone use and cancer.

YOUNG: From the Jennifer and Ted Stanley Studios in Somerville, Massachusetts – this is Living on Earth. I’m Jeff Young. 45years ago, cigarette packages started carrying a label warning that smoking may be hazardous to your health. Cell phones could be next.

Lawmakers in Maine and California are considering some sort of label on cell phones – or the packaging they come in – warning of possible health risks. The science around cell phone use is still emerging and assessment of a health risk is highly controversial. The National Cancer Institute says there is not evidence of a health threat. But some public health advocates like Dr. David Carpenter say there’s enough information to warrant caution and warning labels. Dr. Carpenter directs the Institute for Health and Environmental Safety at the University at Albany. Welcome to Living on Earth.

CARPENTER: Thank you very much.

YOUNG: Now, when I got my new cell phone, the pamphlet that came with it had some interesting fine print. It says, keep the device at least point nine eight inches from your body when the device is turned on and connected to a wireless network. What’s that about? 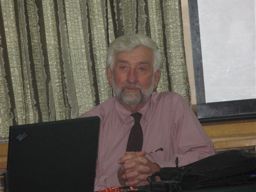 CARPENTER: That says that if you have your cell phone too close to your body, you may get dangerous levels of radio frequency radiation, but it is an indication that the manufacturers of cell phones realize that there’s a potential threat by holding them too close to your head.

CARPENTER: They’re dealing with specific absorption rate, or SAR, and that’s the regulatory standard and it’s based on the intensity of radio frequency radiation that would cause tissue heating. Cell phones use basically microwaves, it’s the same kind of radiation that cooks your potato in the oven, and you don’t really want to cook your brain while you’re talking on your cell phone.

YOUNG: So, what does the research show us about possible health risks from using a cell phone?

CARPENTER: There’s increasingly strong evidence that adults that have used a cell phone intensively for ten or more years are at significantly greater risk of getting a brain tumor, but only on the side of the head where they use the cell phone. And some evidence for cancer of the salivary gland that’s in the cheek. Again, only on the side of the head where the individuals use the cell phone. Now, what’s really frightening is research that was just published a few months ago from Sweden that shows if you’re under the age of 20 when you begin to use a cell phone, the risks are five times greater than if you start as an adult.

YOUNG: And it’s not necessarily just when it’s pressed against your head? If you’re like me, and you carry this thing around in your pocket, that’s probably not a great idea either, huh?

CARPENTER: Well, I’ve just recently reviewed another study from Scandinavia, and they were quite surprised to find an increase in prostrate cancer in men that use cell phones. I’m almost certain that that’s because these men have their cell phones on their belt or in their pocket, probably using a Bluetooth or something like that, and so, they’re simply irradiating their pelvis and not their brain. So it’s likely that it’s not just brain cancer we need to be concerned about, but we should try to keep the cell phone off of any part of our body when we’re using it.

YOUNG: So, you’re not saying to people give up your cell phones, you’re saying here are ways we could use our cell phones a little more wisely.

CARPENTER: That’s absolutely right. Preferably use a wired earpiece and don’t have the cell phone on your body anyplace. Just keeping the cell phone a few inches away from your ear, rather than resting it right against your head, and most cell phones, the volume is such that you can hear perfectly well and that will significantly reduce the exposure to your brain and your ear and your cheek. I think perhaps the only people I’m saying give up your cell phones are children, but even there, I understand that it makes parents feel very safe to give the child a cell phone so in an emergency they can use it. But children should use cell phones only in an emergency and parents should instruct them that they may be particularly vulnerable for these long-term very, very dangerous diseases.

YOUNG: And would having the warning labels out there you think make those kinds of conversations, that kind of awareness among consumers more likely?

YOUNG: Do we have enough information to gauge risk relative to other risks that we encounter? When we say, you know, the risk of or statistic chance of a kind of cancer – how do we assess just how risky this might be?

CARPENTER: Well, I think the answer is clearly “no,” we do not have enough information to determine how risky this is. The big concern is while we’re seeing this elevation in risk, what’s going to happen in the future? Are we going to be facing an epidemic of brain cancer in ten or 20 years? We know from a variety of other studies with various environmental exposures that the latency for developing brain cancer after an environmental insult is often 20 or 30 years. So this is just another reason to be cautious. It isn’t that we have absolute proof at present, we don’t, but we have strong indication and the evidence gets stronger every month as new studies appear.

YOUNG: David Carpenter directs the Institute for Health and Environment at the University at Albany in New York. Thank you very much.

CARPENTER: It's my pleasure, thank you.

Mobile phones, cordless phones and the risk for brain tumors