Another Look at Atrazine 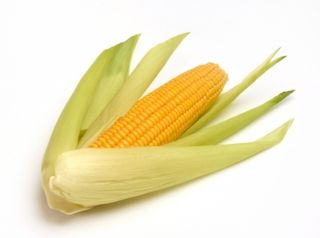 One of the most widely used herbicides in the U.S., Atrazine, is being reevaluated by the EPA. Some scientists say the weed killer negatively impacts the environment and human health. But Atrazine’s parent company Syngenta stands behind its product, claiming the nearly 6,000 studies, and the chemical’s 50-year use, are demonstrative of its safety. Living on Earth’s Jessica Ilyse Smith looks at the controversy surrounding EPA’s review of Atrazine.

YOUNG: That study’s in the journal Environmental Health Perspectives. Another study in the same journal also links PBDEs to fertility problems. You can read both studies at our website l-o-e dot org. EPA will also be giving greater scrutiny to Atrazine, the widely-used herbicide made by the company Syngenta. Living on Earth’s Jessica Ilyse Smith reports the company, scientists, and farmers are all speaking out on just how EPA should conduct its review.

SMITH: Driving through the Corn Belt in the Midwestern U.S. there’s a noticeable uniformity in the fields. Not corn-weeds-corn, but corn-soil-corn. These organized rows have much to do with the farmer’s heavy reliance on the weed killer Atrazine. About 76 million pounds of Atrazine are applied to the U.S. fields each year.

To put this in context, I met with one of my former professors, Timothy Griffin, head of the Agriculture, Food and Environment Program at Tufts University. He says, farmers use one to two pounds of Atrazine per acre.

GRIFFIN: If you did really back of the envelope math on that you’re looking at application maybe on 30 million acres, so it’s a lot of this particular product being used out on the landscape.

SMITH: Atrazine’s genius, says Griffin, is that it works by blocking a plant’s ability to photosynthesize, but only in certain plants considered weeds. Corn is resistant.

GRIFFIN: Corn actually would take up Atrazine just like a weed would and then it basically detoxifies it immediately.

SMITH: But this system is not as flawless as it seems. Some scientists worry there may be a link between Atrazine and cancer in human. They’re also concerned that the herbicide could have a negative effect on aquatic ecosystems. With so many questions surfacing, the EPA has decided to reassess the chemical.

Farmer across the country saw this as an ideal moment to voice an opinion about how the herbicide should be researched and regulated. In a letter to EPA administrator Lisa Jackson a coalition of farm groups claimed that past research on Atrazine was biased since much of it was funded by the herbicide’s creator, Syngenta. Paul Sobocinski works for the Land Stewardship Project, one of the groups that initiated the letter.

SOBOCINSKI: We need more research that’s independent, that’s not just whatever corporation that’s involved with putting a product forward, but we need research that’s done more on the public level. So that we know what’s being used out here.

SMITH: Sobocinski owns a farm in southwestern Minnesota. He used to use Atrazine on his farm until he started reading that the herbicide was found in water sources.

SOBOCINSKI: A monitoring program coordinated by U.S. EPA in 2003 and 2005 found that 94 of 136 public water systems had tested concentrations above federal drinking water standards.

SMITH: Also, a 2006 U.S. Geological Service study of agricultural areas found Atrazine present 80 percent of the time in streams and 40 percent of the time in ground water in these regions. Tufts Professor Timothy Griffin says Atrazine is water soluble and not held tightly to the soil. So, where water moves, Atrazine moves. Also, Atrazine is a fairly persistent chemical that takes a long time to break down in the environment.

GRIFFIN: And it’s also been in use for a very long time and over a very wide geographical range. So all of those things combined result in a presence of Atrazine in water mostly through the central United States because that’s principally where it’s used.

GRIFFIN: In the 1960s the EPA didn’t exist; it came into existence in the early 1970s, so products that are just being evaluated today are evaluated in a distinctly different way than they would have been 30 to 40 years ago.

SMITH: But Tim Pastoor, a scientist at Syngenta, says there have been many studies on Atrazine over its 50-year lifetime, most of which established the chemical’s safety.

PASTOOR: Just probably 6,000 or so studies that are available on Atrazine. With 6,000 studies to rely on, EPA could make a judgment that the product could be re-registered.

SMITH: But the farm groups contend that most of this research has been funded and conducted by Syngenta. And a Land Stewardship Project report on Atrazine shows that the herbicide is largely the reason that Syngenta’s profits grew 75 percent in 2007, and an additional 40 percent in 2008. So, Syngenta has a lot to lose if its product is more stringently regulated. Again, Syngenta scientist, Tim Pastoor.

PASTOOR: Well, you know, I can see why someone would be skeptical on something like that, but the stop gap that’s put in place for that for all registrants is that you can’t do a study unless you can verify every scrap of data.

SMITH: Pastor says EPA requires corporate research to adhere to strict practices. And he says Syngenta’s research is more reliable and complete than peer-reviewed academic research. The company warns that harvests will decline without this product. But farmer Paul Sobocinski says the European Union banned Atrazine in 2004 and crop yields are fine.

SOBOCINSKI: There are a number of alternatives that are available to farmers, so this is not the end of the world. And they may cost a little more but when you look at human health, I mean, that’s a factor, too. If a farmer’s health is affected or if the public health is in any way affected, that’s a cost to society – it’s a health care cost.

SMITH: Sobocinski switched to Monsanto’s Roundup, an herbicide that some scientists say is less toxic in the environment. As part of Atrazine’s reassessment, the EPA has assembled a scientific advisory panel to guide the process. Syngenta’s Tim Pastoor thinks this re-evaluation is a waste of taxpayer money.

PASTOOR: So, what’s propelling this is I think a lot of activist driven interest in Atrazine. I think they’re trying to make a bigger deal out of it than it should. I have to say that Atrazine is easily one of the best-studied products on the planet, and as a consequence, we stand behind the science.

SMITH: The EPA science panel will soon decide how to reevaluate Atrazine. The farm groups hope the panel will discredit Syngenta’s past research and start over with peer-reviewed, transparent studies. For Living on Earth, I’m Jessica Ilyse Smith.

Check out the Land Stewardship Project’s report on Atrazine.