Earth Day for Everyone 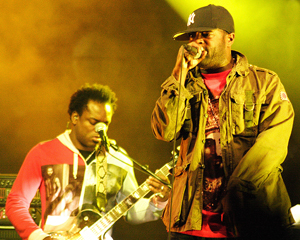 From the hip-hop group The Roots to music producer Russell Simmons, many of this year’s Earth Day performances are meant to draw a diverse crowd. Steve Curwood talks with Kathleen Rogers, president of the Earth Day Network, about efforts to expand environmentalism’s base beyond middle-aged white people. 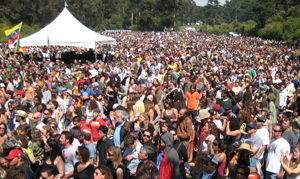 CURWOOD: We try to get down to the roots of things here at Living on Earth – though usually not with The Roots hip hop band! But this year the organizers of Earth Day are featuring bands like The Roots and Arrested Development, and artists like Will I Am and Ziggy Marley at special events to try to reach a more diverse American audience.

Kathleen Rogers is the president of the Earth Day network. Ms. Rogers, how did you come to feel Earth Day needs more diversity?

ROGERS: I was sort of dumbstruck – when we started doing surveys of the environmental membership, and I discovered that the average age was somewhere between 51 and 55 and we were almost exclusively white. And I found that disturbing. It was a study that we did ourselves, and we all took a deep breath and said, ‘we need to change things.’ If we want to be powerful, then we need to bring many more people into this movement.

CURWOOD: Why has being green also traditionally meant being white?

ROGERS: Well, I think because, in large part the membership in the environmental community has been white. And so, if you’re looking at the first Earth Day event, which was part anti-war, part environment, and you look at subsequent events, people tend to think about the environment after they’ve taken care of their basic needs. And so the upper-middle class population of this country – again, largely white for many, many years – were those tried and true members that also became activists. 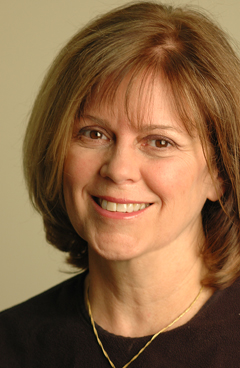 Kathleen Rogers wants the “new environmentalists” of the 21st century to be made up of people of all colors, classes, and ages.
(Courtesy of the Earth Day Network)

We didn’t concentrate on reaching out to other demographics in this country the way we should have, and now I think there’s a huge effort to change that, and Earth Day this year is not really the kick-off of that effort, because it has been going on for some years, but it will, I think, turn out to be a, uh, I hope watershed event, in terms of how we define ourselves and describe ourselves to the community – so the people that participate are African-American, are Latino, are seniors, are the very young.

CURWOOD: What does the environmentalist of the future look like to you?

ROGERS: Well Earth Day Network is in 180 countries, and, so we don’t have that issue anywhere in the world except in the United States, where the environmental community has largely been relegated to upper-middle class, white people. And so the environmentalist of the future reflects the demographic of our country. And that is something we have to work hard to change, and this Earth Day, I hope, will be a giant step in that direction.

CURWOOD: Kathleen Rogers is the president of the Earth Day Network. Thank you so much.

ROGERS: Thank you very much.


To learn about this year’s Earth Day events, click here