Scientists, physicians and activists are calling for more studies on autism that examine both genetics and toxic chemicals. (Photo: The Focal Project, Flickr, CC BY NC 2.0)

The CDC reports that 1 in 44 children are currently identified with autism spectrum disorder and that number is growing yearly. In a commentary and study in the journal Pediatrics, scientists and clinicians urged that autism research should consider genetic interactions with synthetic compounds, including the hormone-disrupting class of chemicals called phthalates. Phthalates are common in plastics Dr. Irva Hertz-Picciotto, director of the University of California Davis Environmental Health Sciences Center and a co-author of this study joins Host Steve Curwood to talk about the interaction between chemicals, genes, folic acid, and autism.

The number of children being diagnosed in the US with autism spectrum disorder is growing at an astonishing rate, according to the Centers for Disease Control. And scientists are pointing to a small number of studies that link plastics to the increase in autism, a disorder often marked by poor social and communication skills, as well as learning troubles that require special help. Phthalates are a group of chemicals used to make plastics more flexible and are found in a variety of products from shampoos to food packaging. Phthalates have already been associated with several maladies, including obesity, heart disease, reduced IQ and birth defects. And now half a dozen studies link phthalate exposure to the disruption of how our genes tell our bodies to curate folate, a compound needed for proper brain development. The CDC announcement follows a commentary and study in the journal Pediatrics, where scientists and clinicians urged that study of autism should also consider genetic interactions with toxic chemicals including phthalates. The good news is that even with the proliferation of plastics there is a fairly simple and inexpensive public health solution that could cut the rise in autism. And that could be more widespread use of folic acid supplements for women of childbearing age. For more we turn now to Dr. Irva Hertz-Picciotto, director of the University of California Davis Environmental Health Sciences Center and a co-author of this study. Welcome back to Living on Earth Irva!

HERTZ-PICCIOTTO: Thank you for having me.

CURWOOD: So as I understand that the CDC has found the 7% increase in diagnosed autism among eight year olds over the course of the past two years. Boy, that's a pretty high rate. How concerning is that?

HERTZ-PICCIOTTO: Definitely, it's concerning. I mean the number of children who need special education, special facilities may have all kinds of difficulties in school, but also just in daily living, it's a remarkably high percentage. And because they often need a lot of special attention, special accommodations for their impairments it's got economic consequences, it certainly has lots of financial and social and emotional consequences for the families. So yes, I agree it is quite concerning. 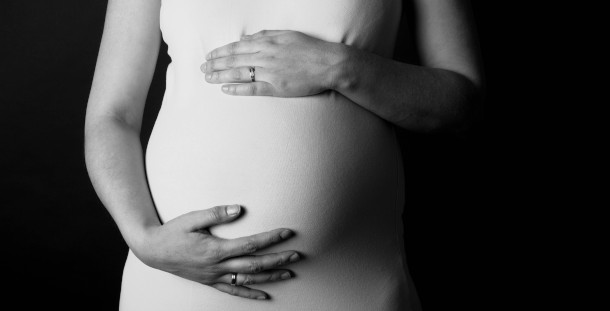 Folate is critical for the gross formation of the brain and brain function development of fetuses in pregnancy. Studies show that it plays a significant role in preventing the development of autism when it is plentiful in early pregnancy. (Photo: Tatiana, Flickr, CC BY 2.0)

CURWOOD: Now researchers have known about autism and a connection of some sort to genetics since the 70s. But now we're learning through studies like yours that chemicals such as the plasticizers, phthalates may well have a role to play when it comes to neurological development. So in your view, what's the relationship, if any between autism, genetics, genetic expression, and chemical exposure?

HERTZ-PICCIOTTO: Well, there is an abundant literature now on genetics. So we have a really good sense of many of the genetic factors that might regulate how the body, you know metabolizes chemicals that were exposed to, and how certain kinds of genes that regulate the development of the brain might be affected. So there's a lot of potential for susceptibility during the prenatal period in particular and that isn't a time period when exposures to endocrine disrupting chemicals seem to have strong impacts on behavior, memory, cognitive abilities, and also mood issues like depression and anxiety, all of these seem to be affected by in particular phthalates. I'll just cite those because there's a growing literature on these compounds the phthalates.

CURWOOD: One of the most interesting parts of your paper, which is actually kind of a meta-study looking at a number of different studies, looking at autism, is the impact that folic acid, folate, this nutrient that's found in everything from kale to lentils to all sorts of things. Well, you told me what was the impact of people getting good amounts of folic acid in their diets.

HERTZ-PICCIOTTO: Some of our studies and studies by others have shown that folate is really important in autism and mothers who did not have sufficient folate in the very early part of their pregnancy and I mean, like the first month, we're more likely to have a child that developed autism, when they reached the age where autism can be diagnosed, let's say age 2, 3, 4, 5, and so forth. So folate seems to be critical for more than just the gross formation of the brain but also for other aspects of brain function related to communications and social interactions and so forth.

CURWOOD: To what extent does adequate folate blunt, the impact of chemicals like phthalates that have been implicated in this Autism Spectrum Disorder? Dare I say epidemic?

Autism and Developmental Disability Monitoring (#ADDM) Network’s new report highlights the latest info on the characteristics of children with #autism. Learn more about how many children were identified in 2018: https://t.co/K3RUFjbYiv. pic.twitter.com/CoVDR6Eibk

HERTZ-PICCIOTTO: Well, very interestingly, what our studies and several other investigators have found was that some moms have a much higher need for folic acid and that's because their genes don't convert to folate very quickly and as a result, they are at much higher risk for having a child with autism. So it's the combination of low folic acid intake and certain genetic variants that lead to a greater need for more folic acid and therefore a higher risk if they don't get it that their child would develop autism. And the moms who do get enough folic acid and have the genes that are really beneficial to moving that folic acid into folate and then into its methylated state, which makes it really effective, those are the moms who are least likely to have a child with autism. And if she has the good genes and so does her baby, then there's an even more of a benefit with a 70% reduction in the risk for autism combined with the folic acid intake.

CURWOOD: Because brain development happens so early in pregnancy really within just the first few weeks, this vulnerability to a deficit in folate. To what extent should women of childbearing age be making sure that they always have a decent level of folic acid in their diets on the chance that they may become pregnant at some point and may not understand that they're pregnant during this time that this important development is taking place?

HERTZ-PICCIOTTO: That's exactly right. Half of pregnancies are not planned, approximately and you know, we're not going to change people's behavior, to have everybody planning their pregnancies. So being prepared by having already been taking folic acid supplements, or prenatal supplements, would really probably be beneficial all around. And that could be a really easy public health intervention for women to be strongly encouraged to do so. 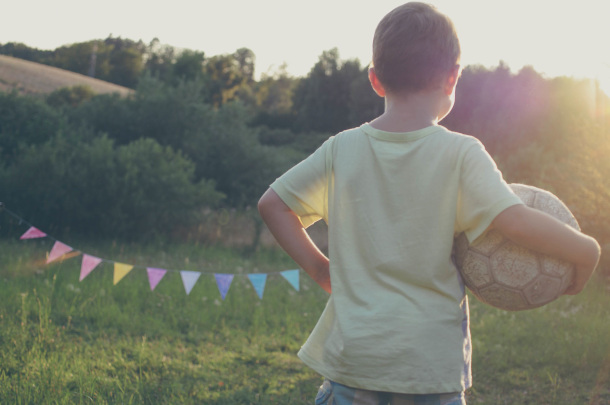 According to the CDC’s 2018 report one in forty-four children were identified with autism spectrum disorder compared to 1/54 in 2016. (Photo: Wall Boat, Flickr, Public Domain)

CURWOOD: Now, this research that you're involved with is limited in the scope in the public health community. I think what they're less than a dozen studies that really look closely at environmental toxicity, and genetics and autism. Why is that?

HERTZ-PICCIOTTO: Well, I think scientists kind of work in silos, and geneticists are interested in the genetics and the environmentalists are quite busy, you know, studying the environment. It's shocking to me that the research on the causes for autism is about 20 years, you know, mature at this point in time. I mean, even in the 1990s, there were genetic studies, I would say the environmental studies really picked up in the mid to late first decade of this century. There's a lot of work going on separately but combining the two requires really special circumstances, you've got to get larger studies, larger sample sizes, but environment may require a lot more to be able to measure it plus it's changing, you know, the DNA code is is constant throughout your life, whereas the environment changes day by day or hour by hour sometimes. And so it's harder and I think having the brains coming from both of those fields combining their intellect and creatively finding the solutions to these challenges would really catapult that literature forward.

CURWOOD: Dr. Irva Hertz-Picciotto is director of the University of California Davis Environmental Health Sciences Center. Thanks so much for taking the time with us today.

HERTZ-PICCIOTTO: Thank you very much for having me.


https://publications.aap.org/pediatrics/article/doi/10.1542/peds.2021-053012/183720/Considering-Toxic-Chemicals-in-the-Etiology-of - Read the commentary in the journal Pediatrics titled: Considering Toxic Chemicals in the Etiology of Autism

https://www.cdc.gov/ncbddd/autism/data.html - Learn more about the CDC’s data and statistics on autism spectrum disorder