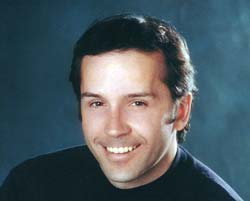 Paul McFedries is the president of Logophilia Limited, a technical writing company. He is the author of nearly 50 books that have sold more than 3 million copies worldwide, and he is also the proprietor of Wordspy.com, a Web site devoted to new words and phrases.

According to the Nobel Prize-winning Dutch chemist Paul Crutzen, we are now living in the anthropocene, his recently coined term for the present geological period, which is characterized by humanity's effects on global climate and ecology. That humans are having a (negative) effect on the world's climate is almost universally regarded as a fact in scientific circles, but it stubbornly clings to the realm of fantasy in political and business circles. I won't rehash the arguments here, since climate change is not my bailiwick. However, language change is what this column is all about, and the debate about global warming is generating a lot of linguistic heat.

For the symptoms of global warming, I love the phrase drunken trees, which refers to a stand of trees under which the permafrost has melted. I'm not sure if these trees are considered to be "drunk" because they have so much water beneath them as a result of the melting (so they'd "drink to excess") or because the melting causes the trees to tilt at various angles, thus making them appear inebriated. The latter seems more plausible to my inner metaphor broker. Did spring seem to arrive a bit earlier than usual this year in your part of the world? That wouldn't be surprising because we seem to undergoing season creep: earlier spring weather and other gradual seasonal shifts, particularly those caused by global climate change. Then there's the strange concept of global dimming, the gradual reduction in the amount of sunlight reaching the earth's surface. According to The Guardian newspaper, the average amount of sunlight reaching the ground has gone down by almost 3% a decade over the past 50 years. In his book The Weather Makers, Australian scientist Tim Flannery blames global dimming at least in part on particles spewed into the atmosphere from cars and coal-fired power stations.

Much of these emissions consists of carbon dioxide, of course, so a great deal of climate change language revolves around carbon. For example, a person's total CO2 output is called the carbon footprint or carbon cost, and you can calculate this by performing a carbon audit that tallies up the amount of CO2 emitted by driving one's car, running one's appliances, and other activities. According to the Wall Street Journal, the average American's carbon footprint is a whopping 22 tons (compared to just 2.25 tons for the average Chinese). For many people, the goal now is to become carbon neutral, which means emitting no net carbon dioxide into the atmosphere. A plant is said to be carbon neutral if the CO2 that it absorbs while alive is the same as the CO2 it emits when burned as a fuel. For people and organizations, becoming carbon neutral is usually achieved by implementing renewable energy projects and other carbon offsets — such as planting trees, which absorb CO2 — that balance the amount of carbon dioxide emissions. You don't have to implement these offsets yourself. Instead, you can engage in carbon trading by investing in green projects through the emerging carbon markets.

These pollution trading markets are where all this ties in with technology. Sure, some of the projects are decidedly low-tech, such as planting lots of trees. But increasingly we're seeing savvy investors putting their money behind companies that specialize in eco-tech: technology designed to alleviate environmental problems and reduce the use of natural resources. This is also called greentech. Other investors look for firms that practice eco-efficiency: the ability to manufacture goods efficiently and with as little effect on the environment as possible. Unfortunately, all too often companies engage in greenwashing, where they implement token environmentally friendly initiatives as a way of hiding or deflecting criticism about existing environmentally destructive practices (this is the environmental version of whitewashing).

As the reality of global climate change penetrates the thick outer layers of government, companies will become increasingly carbon-constrained. They will not only have to stop producing bads, commodities that lead to environmental harm (cf. goods), but they'll also have to decarbonise: make their factories and processes environmentally cleaner by reducing the amount of carbon they produce. They'll need to practice ecolonomics, sustainable living through environmentally friendly business practices, using the principles of green accounting, where economic measurements take into account the effects of production and consumption on the environment.

The goal, in the end, is enlibra, the process of bringing something into balance, particularly an environmental issue. There will always be exemptionalists, people who discount or ignore environmental problems because they believe that intelligence and technological prowess make humanity exempt from the natural processes that govern other species. But perhaps it's better to invoke the precautionary principle, which tells us that action should be taken to correct a problem as soon as there is evidence that harm may occur, not after the harm has already occurred. And for man-made climate change, the evidence, linguistic and otherwise, is all around us.

This essay was originally written for IEEE Spectrum magazine.