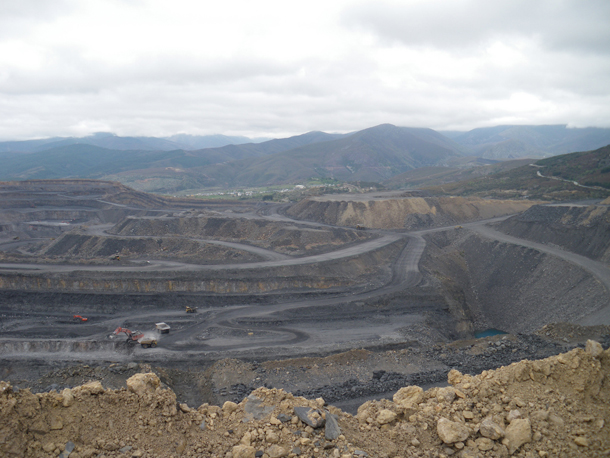 Mountaintop removal mining has deformed the hills and streams of Appalachia for decades. A new study indicates the mining could be deforming babies, too.

Children born to families living near mountaintop removal coal mines in Appalachia suffer higher rates of birth defects, according to a new study in the journal Environmental Research. (Abstract only, payment required.)

The study finds “significantly higher prevalence rates for birth defects overall… in
mountaintop mining areas.” The defects include disorders of the circulatory, respiratory and central nervous systems, and musculoskeletal, gastrointestinal and urogenital deformities. Nationally, birth defects are the top cause of infant mortality.

Researchers from Washington State University and West Virginia University used health data on 1.8 million births from 1996 to 2003 in Appalachian counties with mountaintop removal mines. They compared those data to statistics from areas with underground mining and no mining. Communities closer to mountaintop removal mines showed higher birth defect rates “consistent with previous research showing greater surface, air, and water disturbance” due to the surface mining. The rates of four kinds of birth defects “become significantly worse” in more recent years (2000-2003).

Mountaintop removal uses explosives and large-scale machinery to remove the top layers of rock and dirt to expose the coal seams below.

The authors explored the socioeconomic and behavioral risks that might also contribute to birth defects and found those partly account for the disparity in birth defect rates. Mining regions have higher rates of chronic poverty and mothers there are more likely to be smokers and get less prenatal care. But even after adjusting for these effects the study still found elevated rates of birth defects for the areas with mountaintop removal, which may be linked to air or water pollution resulting from the large-scale disturbance of the land.

The study does not investigate how that might happen, but the authors present a few possibilities. Mountaintop removal often pollutes both surface and groundwater supplies. Rock dust, coal dust and chemicals from explosives affect air quality. The authors also note another possible route of exposure, the radioactive gas radon.
“Radon released from mining activity and subsequently falling to the ground…is another possibility.”

The study expands understanding of the public health impacts of coal mining. Previous work by some of the same researchers, especially WVU’s Dr. Michael Hendryx, connected mountaintop removal mining with low birth-weight babies and increased rates of mortality and morbidity among adults who live near the mines.

Earlier this year Dr. Hendryx contributed to a study by Harvard University’s Medical School that found the negative public health impact of coal mining in Appalachia alone was roughly $75 billion a year.