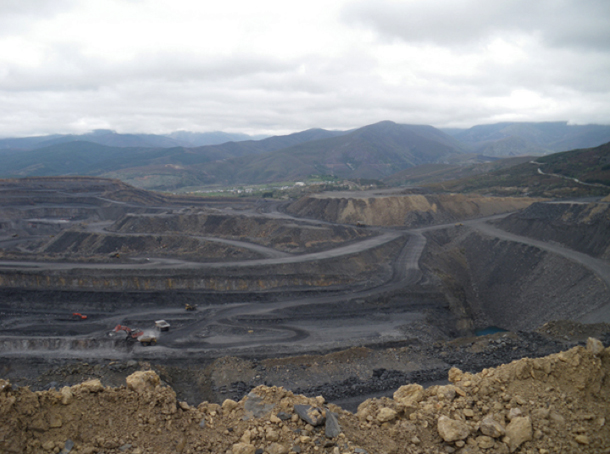 After years of neglect, health complaints from coal country are finally being investigated, thanks largely to one man. And his startling findings about cancer, birth defects and more are striking a nerve.

This week the Journal of Community Health published a study that found people who live near mountaintop removal coal mines have cancer rates twice as high as people living elsewhere in Appalachia. Last month, a peer-reviewed study linked mountaintop removal mining to high rates of birth defects.
And in February, a study pegged the public health costs of coal in Appalachia at about $80 billion a year.

Aside from all being about coal, these studies have something else in common: they were all co-authored by Dr. Michael Hendryx, an associate professor of community medicine at West Virginia University. Since landing in West Virginia five years ago, Hendryx has been filling a void in medicine’s understanding of the health impacts of coal mining.

“I think we’re up to 18 now,” Hendryx told me in a telephone interview, “Eighteen peer-reviewed studies that have been published that document different kinds of health disparities, health problems for people who live in mining environments in Appalachia.”

For the latest study, on cancer, Hendryx trained undergraduate students to go door-to-door and ask people whether they’ve been diagnosed with the disease. They did this in the Coal River Valley of southern West Virginia, a place riddled with mountaintop removal mining sites. They compared those results to a similar door-knocking survey in another part of the state with little mining activity.

“We found people in Coal River were twice as likely to have a diagnosis sometime in their life compared to people who did not live in the mining area,” Hendryx said. His analysis controlled for other risk factors like age, smoking, work history and family history of cancer.

“If you extrapolate that to everybody that lives in mountaintop mining areas in central Appalachia, that disparity could translate to roughly 60,000 additional cases for people who live in those mining environments,” he said.

It was Hendryx's fourth paper looking at links between cancer and mountaintop removal mining. He’s also explored coal dust exposure, overall mortality and morbidity rates in mining areas, and birth defects—the study he calls the most alarming so far.

“When you talk about kids it's an eye opener,” Hendryx said. That study in the journal Environmental Research examined some 1.8 million health records and found “significantly higher prevalence rates for birth defects overall…in mountaintop mining areas” and that the rates of four kinds of birth defects “become significantly worse” in the more recent years studied. Hendryx notes that birth defects are the leading cause of infant mortality in the U.S. and can lead to life-long health problems and add billions to the nation’s health costs.

Hendryx’s work draws predictable criticism from the mining industry, which has hired consultants to try to shoot holes in the studies. So far those efforts have not found major errors in Hendryx’s work (they are, after all peer-reviewed studies published in reputable journals) and an attempt to undermine the birth defects study backfired on the industry.

A law firm hired by the industry took Hendryx to task for failing to account for another risk factor for birth defects, consanguinity.
“Which, incidentally, they misspelled,” Hendryx said, “But consanguinity is a term that really means inbreeding. They tried to say that the birth defect rates that are higher in mountaintop mining areas are really because of inbreeding. It’s an insulting comment. There’s no evidence that levels of inbreeding are any higher in Appalachia than in any other area. I think it’s a little window into the true motive of the coal industry, that their respect for people who live in these areas is in fact low.”

Hendryx is clearly mining a rich vein of health issues in coal country and his work points to alarming impacts of the most destructive form of mining. Part of what makes his work so interesting is that no one had done it before. Mountaintop removal mining has been a controversial issue in Appalachia since at least the mid-1990s and coalfield citizens have long complained of health problems, and possible links to coal and rock dust from blasting and trucking, contaminated streams and groundwater, and toxic chemicals at coal preparation plants. Yet when Hendryx arrived in West Virginia he found almost no scientific health investigation work underway.

“When I did a literature review I couldn’t find anything!” he said. “I was really surprised. There were lots of stories, lots of anecdotes about health problems for people in mining environments but very little, almost no research.”

I asked him why he thought no other researchers had looked into these issues.
“I’ve asked myself that same question,“ he said. “When I first started to talk to some of my colleagues here at the University, um, I think they were skeptical. I think they probably assumed that the health problems here were due to other factors, they were just the result of poverty, or just the result of poor health behaviors like smoking, and didn’t think that the mining contributions were real. I don’t know why. But the more I look, the more I’ve seen and the more concerned I’ve become. And from a public health perspective I really think the coal mining problems we have in the state is one of the biggest health problems we face.”

What’s also remarkable about Hendryx’s work is that he’s able to do it at a school with historic and substantial financial connections to the coal mining industry. Some of the industry’s more problematic members have been major WVU donors. Mine operator Bob Murray, whose Crandall Canyon Mine in Utah was the scene of a disaster that killed six miners and three rescue workers in 2007, donated a million dollars to WVU, which named a chair in its engineering dept. after him.

In 2009 then-CEO of Massey Energy, Don Blankenship, gave half a million dollars to WVU. Massey, recently bought by Alpha Resources, was a poster child for poor mine safety, flagrant environmental violations and political influence peddling even before the disaster that killed 29 men last year.

WVU’s economics dept. has doctoral fellowships named for the Koch brothers, billionaire owners of refining, oil and mining interests. The Koch fellows at WVU churn out papers that, among other things, cast doubt on whether mine safety rules are a good thing.
Nevertheless, Hendryx says he’s been free to do his work, so far.

“For the most part I’ve received good support,” he said. “The Univ. is a big place. We have areas where their research is what you might term as pro-coal. We do research in other areas. So there’s room for all of us.”

Hendryx is 51, mild-mannered, and careful with his words. He studied psychology at the Univ. of Nevada and Northwestern Univ. and worked in health policy at Washington State Univ. He grew up in Illinois, where he remembers his first encounter with coal as a boy. His grandfather heated his house with coal and had 8-year-old Michael help shovel a load of coal.

But Hendryx says he was never much aware of coal mining and its environmental and health effects until he moved to West Virginia for a new job at WVU. He started reading up on coal, including Jeff Goodell’s Big Coal.
Not long after he’d decided to study mining and health effects, he visited Kayford Mountain in southern W.Va. A lone holdout against mountaintop removal, Larry Gibson, still lives on the small portion of the ridge that was not blasted away. It’s become a rallying point for mountaintop removal opponents.

“I could see for myself how big and destructive it was and how ineffective the reclamation was,” Hendryx said. “I saw huge trucks dumping rocks, I could feel the dust in my throat. It became a personal encounter. I could understand it.”

Hendryx thinks his work is starting to have an effect on public discussion about coal and he’s drawing more health and environmental researchers in to the field. But the implications of his findings are slow to sink into Appalachia’s political realm, which is heavily dominated by mining industry money.

“I think there is some interest primarily at the federal level in looking at the potential health problems related to mountaintop mining,” Hendryx said. “I have not seen much evidence at the state level from our elected officials and I’m very disappointed in that. I wish they would acknowledge these problems. They don’t have to blame mining for it, but they should acknowledge that the public health problems, for whatever reason, are more severe in the mining part of our state and we should understand what’s driving them and try to make corrections where necessary.“

Now that he’s found evidence of health problems in mining communities, Hendryx is starting to shift his focus to potential causes, measuring water and air quality, dust levels and more. It’s daunting work but if it succeeds it could well provide the evidence that spurs action. If, that is, leaders in West Virginia are willing to listen.